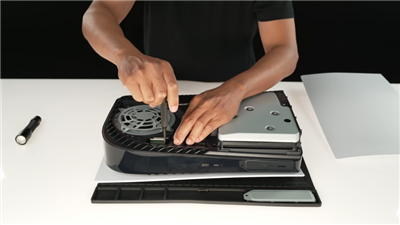 We’re almost a year out from the releases of both the PlayStation 5 and the Xbox Series X/S, and the prevailing topic for the generation isn’t the games you can play on the new hardware but how hard it is to get your hands on a console. According to an executive at AMD, the chip supplier for Sony and Microsoft’s gaming machines, the drought is not quite at an end. Though, there is light at the end of the tunnel.

From a recent CNBC article, AMD CEO Lisa Su described the component supply for even the start of 2022 as “likely tight.” The shortage has been caused by an increase in demand since the beginning of the COVID-19 pandemic. With companies and consumers transitioning to an at-home workplace, the parts manufacturers use to build devices like laptops and desktop computers were bought up quickly, and companies like AMD are still catching up to demand. With the workforce shift to home, the confinement of quarantine also led to a need for entertainment, which products like PlayStation, Xbox, and graphics cards for PCs exacerbated the demand even further. “The pandemic has just taken demand to a new level,” said Su in the CNBC story.

While the next six to eight months or so are looking thin for the availability of these parts, investments made by AMD in new manufacturing facilities will start to see fruition soon. “It might take, you know, 18 to 24 months to put on a new plant, and in some cases even longer than that,” Su says about the timeline of getting these fresh plants up and running. “These investments were started perhaps a year ago.” AMD’s investment is in setting up other manufacturers to make its products. It outsources because the company doesn’t own the facilities for the production itself.

Those looking for a new PlayStation 5 or Xbox Series console will still most likely have a chance to find one this year, but availability will be noticeably lacking. If you’re willing to wait, the second half of 2022 is looking to be when we see a significant jump in available tech across the board.