Claim The Flame is a story mission in Immortals Fenyx Rising’s second DLC pack, Myths of the Eastern Realm. Similar to the quests in the Forgelands in the base game, it asks you to light up three furnaces. One is straight forward, but the other two have puzzles attached.

On the map, there will be three markers. If you go to the west one first, all you need to do here is fight off a couple of baddies. After that, pick up the coal from near the furnace (it’s off in a pile to the left) then bring it back and toss it inside. We’re a third of the way there, but that was the easy one, of course.

The second one (in the middle, we’re moving from west to east) has a cube puzzle to solve. To the right of the furnace, you’ll find a cage with the coal in. Looking at this cage, go to the area on the left. There’s no ceiling, so you can hop over and retrieve the blue cube. Then take this to the right of the coal cage, where there are two pressure pads. Put the blue box on the pad closest to the cage, and hit it to make it bigger. 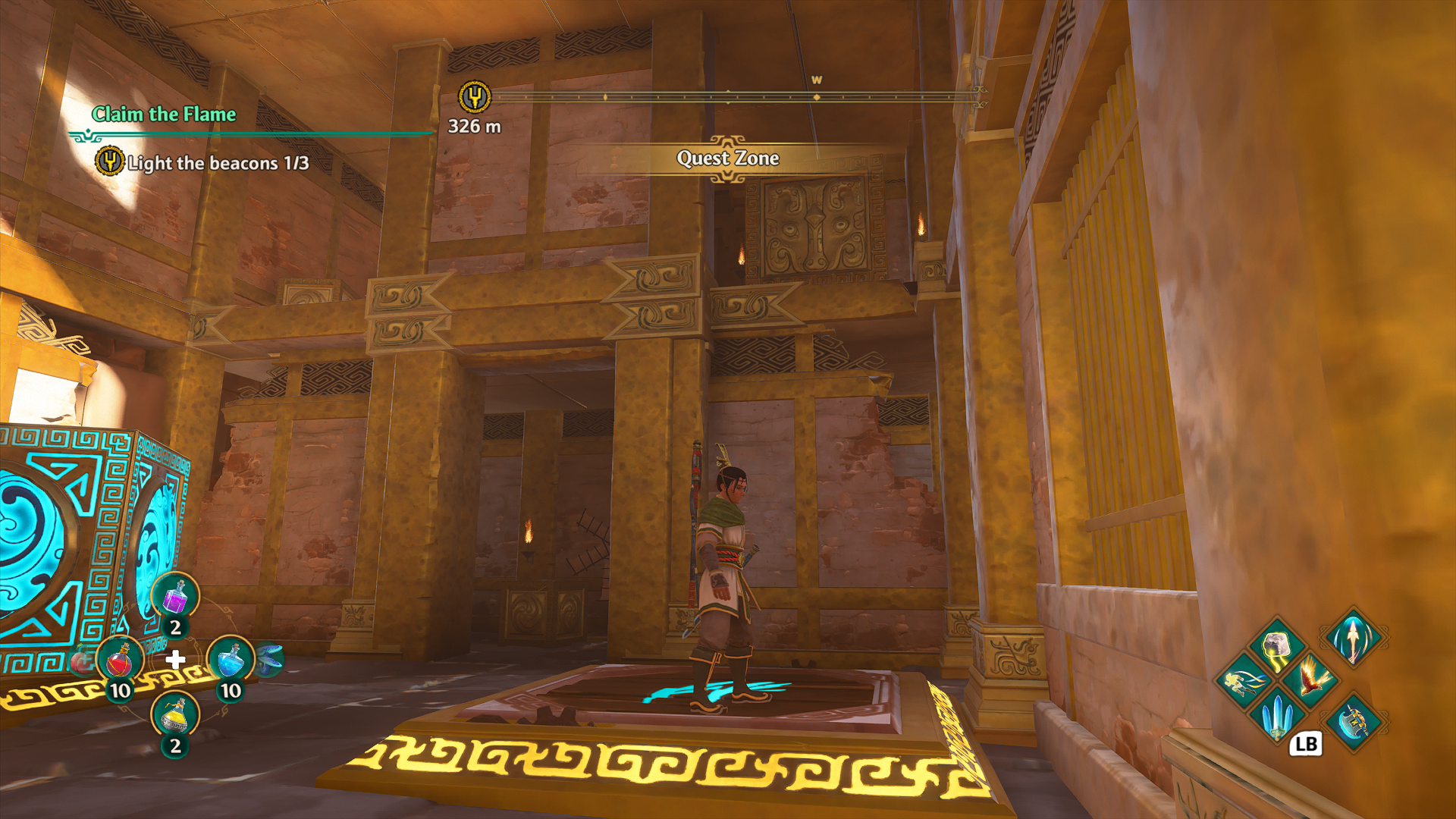 Now stand on the other pad, and use pull to remove the cube from the ledge above. Once this is down, place this on the pad you’re currently standing on so that the yellow walls remain deactivated. Now go inside the ledged area and find two more small cubes. Bring these down and place them on the remaining pad, which is over by where the blue box was originally. The coal cage will open, so throw the coal in the furnace and move on to the final beacon. 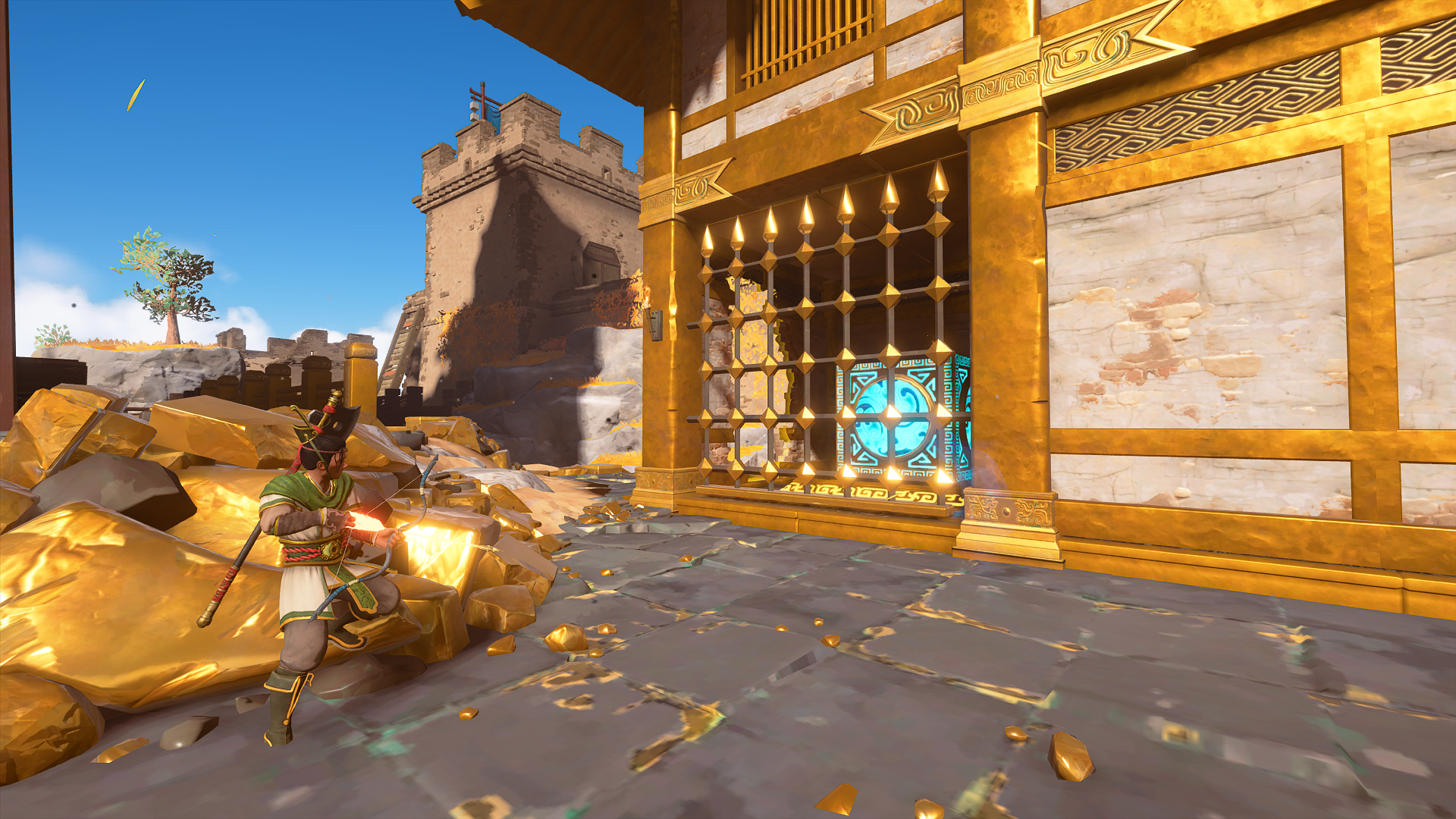 Here, you’ll see the coal cage off to the right, and a stone ruin on the left. Looking at the stone ruin, you’ll see a blue box behind a yellow barrier and a grate. Shoot an arrow through the grate to make the yellow barrier around the corner disappear. Go through this new doorway and shoot the cube again. This will trap you in for now, but will let you pull the box down from the level above. Once you’ve pulled this box down, place it on the pressure pad in that room, and shoot the first box again. 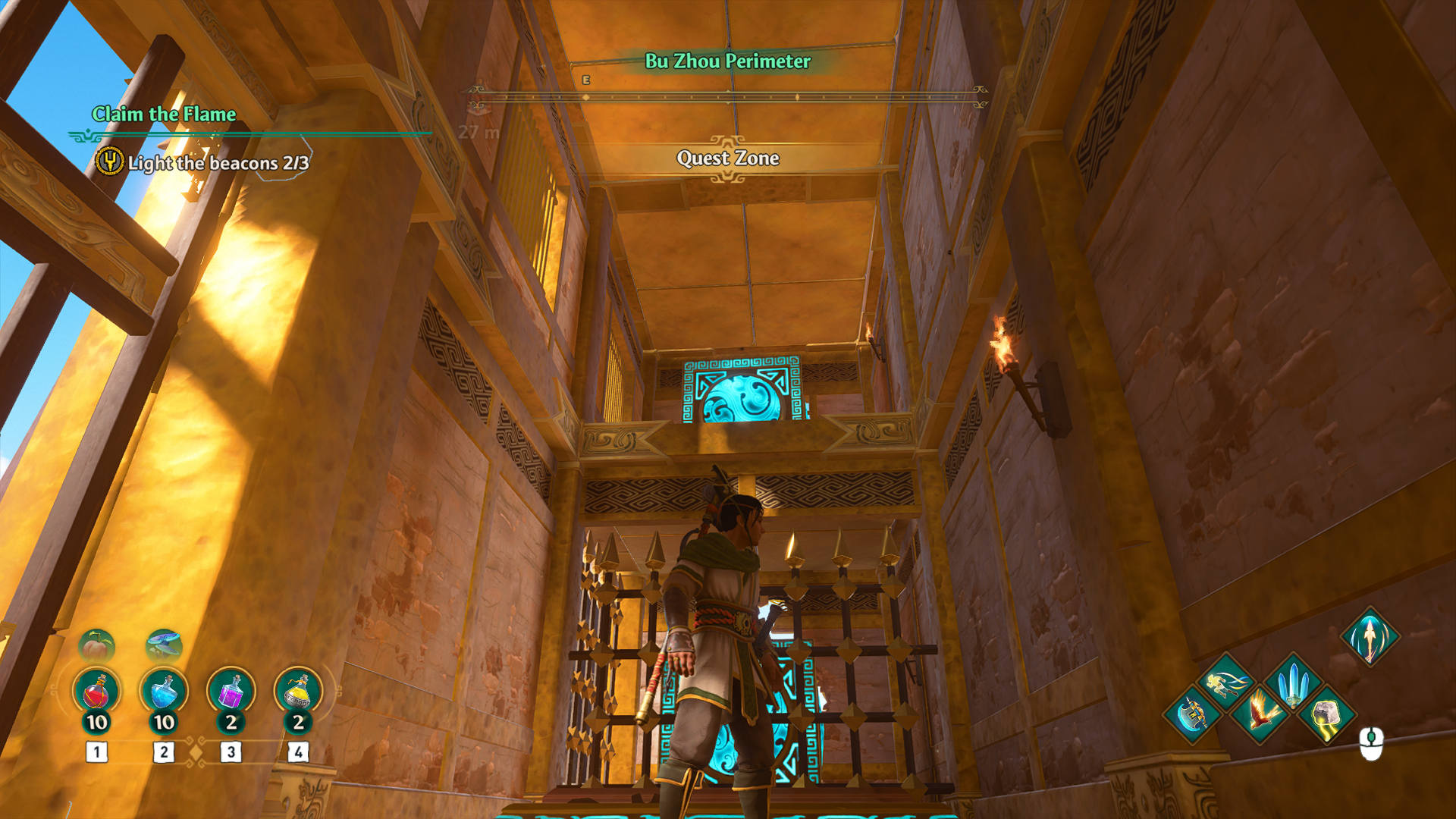 You can now leave, and will have access to the first box, so grab it and put it on the pad near the coals. Once this is done, go back and grab the second box, which will now be accessible too. Place this on the other pad near the coals, then take the coal to the furnace, and you’re done. 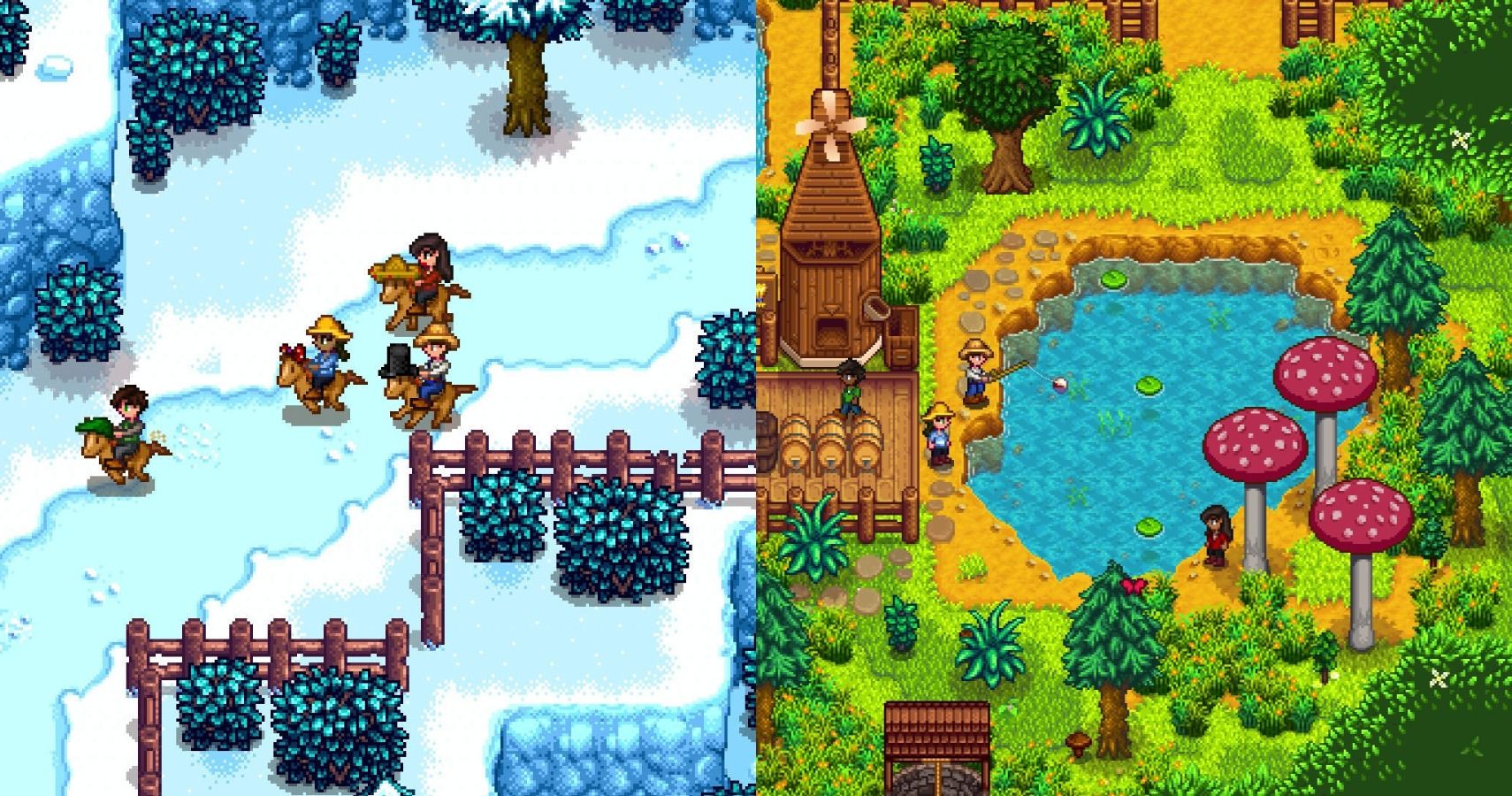