Contra Rogue Corps is a Wacky Shooter With An Identity Crisis 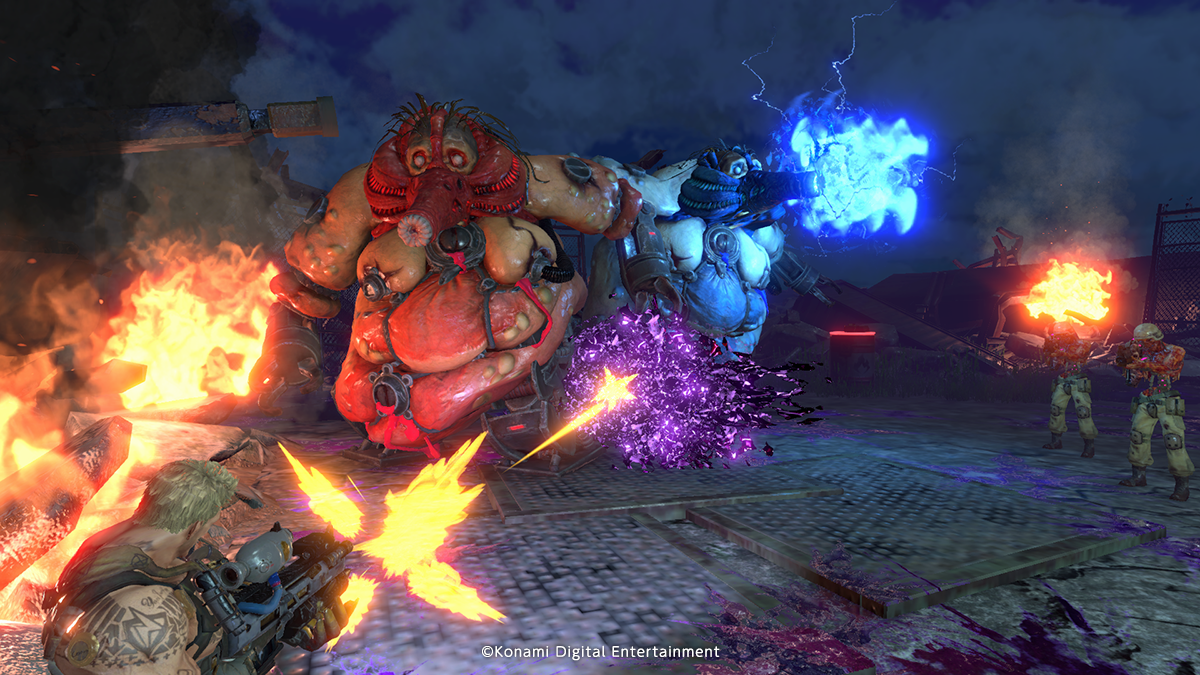 The game is set in The Damned City, where people go mad just for being there (why not?) and I guess this is all in chase of a sense of humour, but the anime cutscenes often cloyed and I was just begging to get back into the gameplay for some endorphins – the characters are daft but they don’t really have much depth.

That’s because it’s full of swearing and gore and banal adolescent humour – perfect if you want to remove your brain whilst you play but without anything to back it up it all falls flat! Some games succeed on irreverence and absurdity – but there’s no nuance here, it’s just barefaced in its obnoxiousness.

If you’re a Contra fan – I’d honestly suggest you stick to the anniversary collection if you’re looking for something in a similar vein to the series you love. Contra Rogue Corps throws the playbook out the window and provides a left-field haymaker that is very much marmite.

Screen by screen – I pushed through hordes of enemies, breaking boxes, causing chaos and riding gigantic rockets in scripted cutscenes to create magnificent explosions – sounds cool but I still felt very hollow about it all.

There was no rhyme or reason to any of it. If this is what the modern evolution of Contra looks like – I’m confused! By changing the viewpoint it feels so much less like Contra and is hurt as a result. It makes no sense to bear its name.

To pick out one thing I liked – having no ammo and managing your weapon’s heat meters was a really fun change in a game like this – and sure, I’m a sucker for upgrading (or just outright removing) cybernetic parts like brains and hearts from characters. Some of the enemies were Yoko Taro-esque in their strange designs too. Outside of that though – I really wasn’t left with a good impression. The final boss fight was so boring I ended up just holding down the buttons and scanning the room as my character fired a stationary string of bullets into the beast.

It’s clear there’s something ticking away at the heart of this game – the characters are at least interesting, if not very silly – but it looks like such a total departure from Contra that it’s going to put many of the core demographic off. Even then, if they’re into a game like this, the fuzzy graphics and general lack of cohesion will most likely make them want to seek more compelling indie options.

In four-player co-op, perhaps you could see past some of its flaws, but as of right now, it’s very difficult to recommend, which is tough considering we’re only a few months from release. Contra Rogue Corps will drop on PC, PlayStation 4, Xbox One and Nintendo Switch on September 26 this year, if you fancy giving it a shot.