Dead By Daylight: How To Start Having Fun As Killer Again

The Dead By Daylight community is a stressful bunch. Long-time players find themselves getting very frustrated and upset every time they try to get back into the game.  And it doesn’t help that the developers have a consistent weak communication streak with the player base and there are no competing games for this genre.

Though times are tough due to those reasons and many more, there are still ways to enjoy Dead By Daylight in the glory it holds unchallenged. Even though the release of the new HUD and animation changes dampen the mood and make the game more difficult, it’s not all over just yet. It’s important to remember why video games are fun.

Play With Your Food 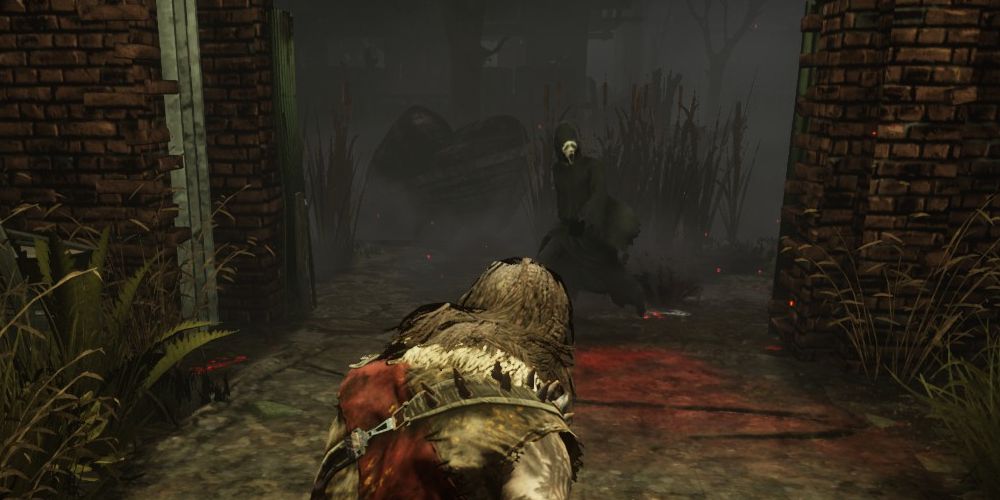 Mess around. Who cares about the main goal of being a killer? As long as you’re not purposefully bad manner-ing other players and are making everyone laugh, what’s the harm? As a stalker killer you can make it your goal to jump scare as many people as possible and just be creepy, peeking around corners and messing with survivors. This makes the survivors time more of a horror experience and entertaining experience, and you can laugh and indulge in being the bad guy in a different way. It’s like going back to your childhood when you would put on a Scream mask and try to prank your sister or school friends. Bring Dead By Daylight down to it’s horror roots and meaning of scaring other people for fun and not for the goal of being better than them. 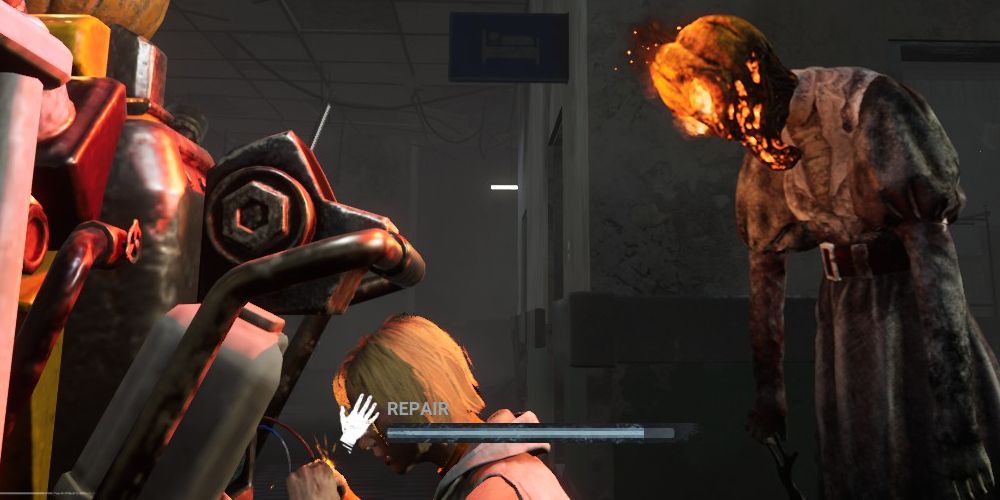 Skins do cost money but they can add to your gameplay if you’re taking the goofy route. Or the be-as-scary-as-possible route. For instance, the Clown has a skin that’s just a large pink elephant costume with googly eyes. A big pink and fluffy stomach bouncing your way is sure to lighten the mood of survivors.

The game doesn’t have to just be about pwning noob survivors and hooking everyone. You can mess around with them and really pretend to be a horror character, prolonging the entertainment and forgetting about the odds of losing or winning to other people. Skins can really be used as an advantage in this way instead of as a cool accessory. Who knows, you may even gain some notoriety if you stick to a skin and an act. 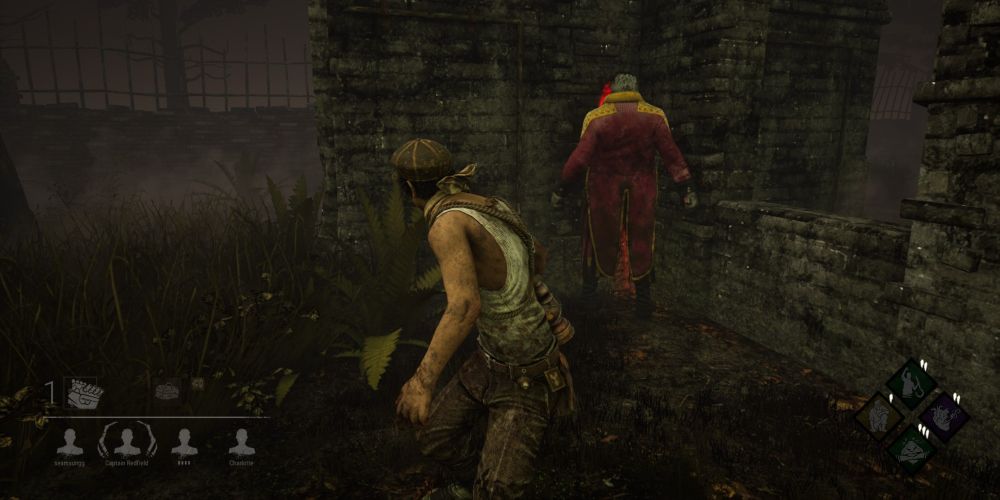 The higher up you rank, the more people start getting obnoxious. They teabag at the exit gates every match and flashlight you every chance they get. Even when you give someone the hatch they’ll teabag you and call you a bad killer in end game chat. But that’s usually with pro-survivor mains who think they’re better than killers. If you pip down without ruining other people’s experience you can go back to when things weren’t so stressful.

It’s not fair to pip down by joining a match and going AFK as it makes the game unplayable and boring for survivors, giving them barely any blood points which can be a form of bad manners. You can easily pip and therefore rank down by not playing for a couple months. Your rank resets on the 13th of every month. The lower ranks will be easier to play because it will be less knowledgeable players and people won’t be as inclined to be arrogant since they are still learning themselves. 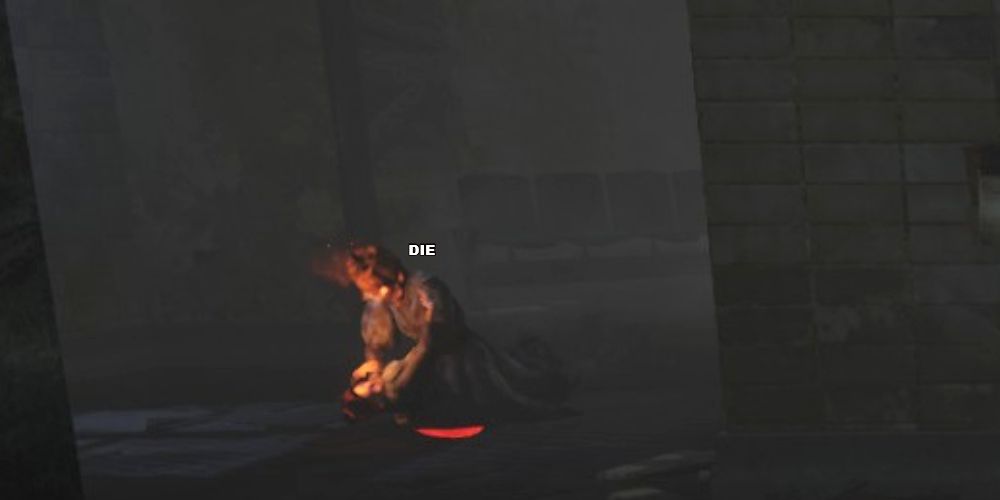 It’s just a game. It’s healthy to de-stress, take some breaths, and remind yourself that it’s just a silly game meant for entertainment purposes only. It can be hard to remember that when other players are bad manner-ing you in game and after game, especially when it’s four against one, but it’s also good to remember that most competitive games are like that.

Dead By Daylight hits a weird middle of competitive and casual. It’s by no means an e-sport, but a lot of people want it to be and take it seriously. It can definitely get there with the right guidance in the development field, but even if it were it is just a game. You can look at it seriously or you can choose to look at it as a fun game and take what you can get. Looking at streamers like Otzdarva, when he loses he doesn’t get angry at the survivors nor does he blame himself. He looks at things both logistically and casually, asking himself what he needs to practice to overcome an obstacle he keeps facing and also remembers that it’s just a video game and slashing is fun enough. Even if a survivor hacks through the exit gate right in front of him. 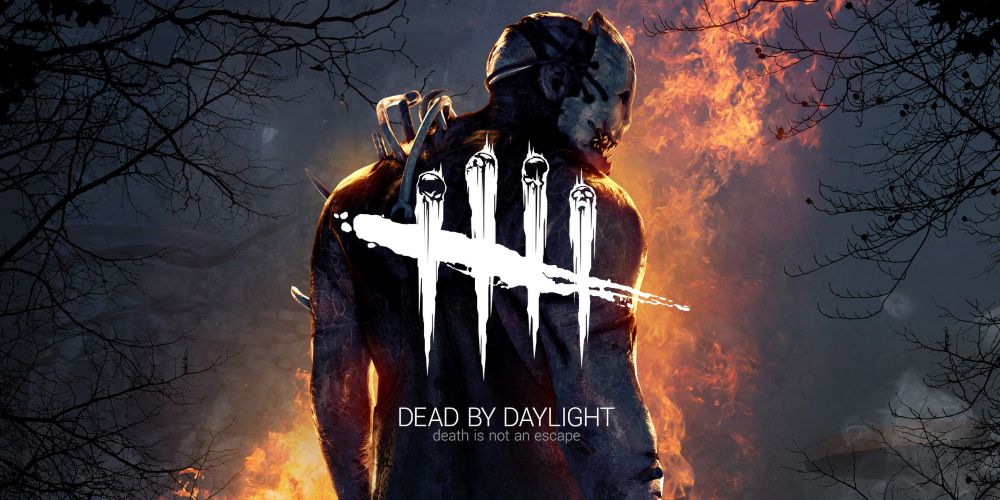 It’s not the only video game in the entire world. While death isn’t an escape, Alt-F4 sure is. When a game starts negatively impacting you and your mood, it’s time to bring your attention to things that bring you joy. Play a relaxing farming game or focus your thoughts in a pleasing management simulator. If you’re playing too much of any game it will get tiring and especially frustrating if it’s against any other players and not single player. Even single player can make you rage quit. Try out that new game you got during a sale and haven’t played yet or go back to an old favorite that always cheers you right up. Better yet, eat a meal and hang out with some friends! You can always go right back.

Next: Dead By Daylight: A Complete Guide To Status Effects 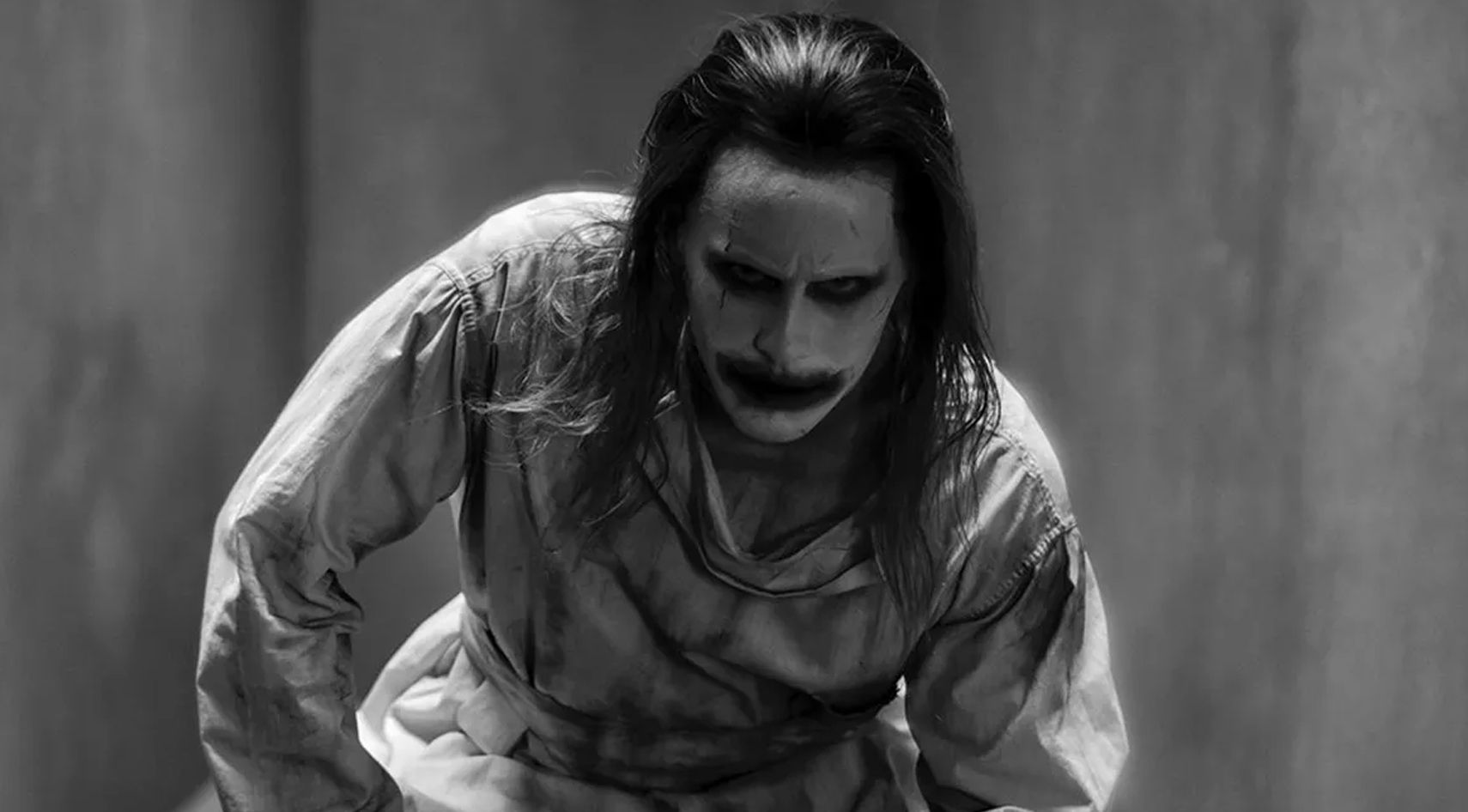 Sharnelle is a small town Canadian writer and gamer with an interest in all things fashion and fantasy. She dabbles in writings from articles to screenplays and spends most of her time drinking tea and playing video games.