Here’s the best Titan build in Destiny 2: Beyond Light we’ve been able to find so far.

Honestly, it seems Titans got the short end of the Darkness stick in Beyond Light. Whereas Hunters are freezing entire rooms full of enemies with Stasis sicles and Warlocks are so strong that they needed to have their abilities nerfed in the latest balance patch, Titans have a melee ability that seems to have trouble locking onto enemies and a Stasis super that just compounds the same issue.

So forget about melee. The best thing for a Titan to do with their hands in Beyond Light is to use them to throw grenades.

Destiny 2 streamer Ehroar has come up with a great Titan build that favors Stasis grenades over anything else in the Titan’s toolbox. It’s a bit of a departure for the oft-melee-focused class, but it’s a build that has a lot of synergies and a near-infinite supply of Stasis grenades. 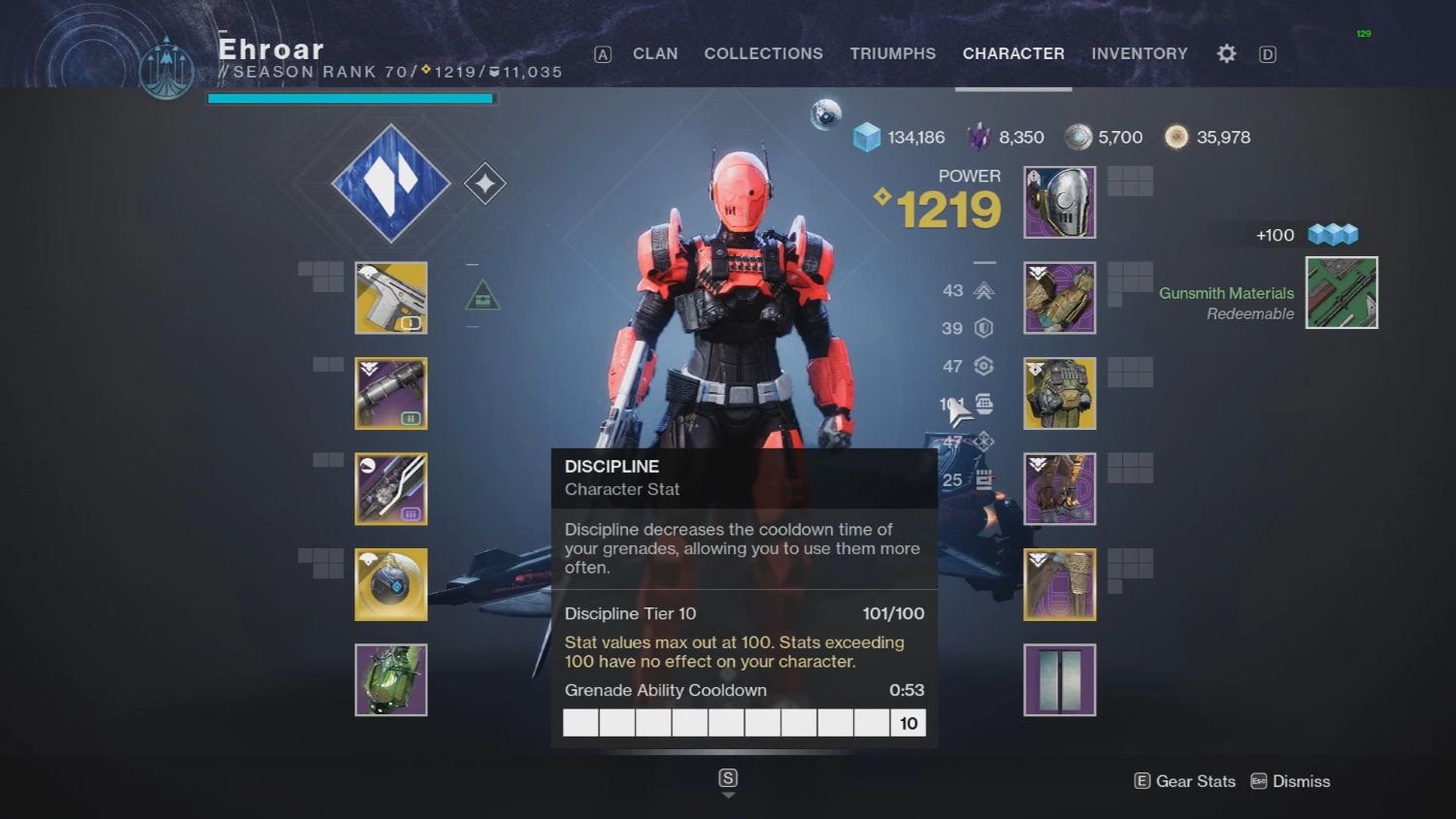 Next comes armor. Since this is a grenade-focused build, try and get as close to 100 Discipline as possible using base armor stats and mods. Armamentarium will be your Exotic Chest Piece in order to double your grenade capacity, which will become extremely useful later. The remaining mod slots should have one Blast Radius and four Firepower Charged With Light mods.

If you’ve been paying attention, you’ll note this build has two grenades and lots of ability regeneration, but that’s only half the story. The Firepower mod consumes a stack of Charged with Light to provide a small amount of grenade energy back upon use, but stacking it four times provides 66% grenade energy back per use.

Functionally, this means that this Titan build can throw three grenades in quick succession before it runs out of grenade energy. Then, once it starts shattering Stasis crystals and starts killing things with Deafening Whisper, it procs ability regeneration and produces Charged with Light stacks for even more ability regeneration, ultimately providing a near-endless supply of Stasis grenades.

As you can see in the video below, Ehroar basically never runs out of grenades while he’s exploding rooms full of enemies. Monte Carlo provides his Titan with some extra melee regeneration but isn’t necessary to the build.

A cornerstone of this build is Deafening Whisper, but you can swap it out for Martyr’s Retribution so long as you have one with the Demolitionist perk. Similarly, Armamentarium can be swapped for Heart of Innermost Light for extra powerful grenades, but you’ll run into issues with your grenade supply.

If you have neither Deafening Whisper nor Martyr’s Retribution, then the Blast Radius mod won’t work and you lose much of your grenade regeneration engine. If that’s the case, you can swap your grenade launcher out for any weapon with the Demolitionist or Wellspring perks, but you’ll also have to swap out Blast Radius for alternate methods of getting Charged with Light stacks.

Charge Harvester is probably your best replacement for Blast Radius. You can also swap in Taking Charge for one of the Firepower mods, as well as Protective Light for another Firepower mod if you prefer to feel a little tankier. Note that either of these changes will reduce your grenade supply, so you’ll likely have to cut back slightly on how often you toss grenades.

NEXT: Call Of Duty: Black Ops Cold War Zombies – How To Perform The Coffin Dance