Destiny 2: Common Mistakes Beginners Make (& How To Avoid Them)

Now that Bungie has overhauled the new player experience with the release of the Beyond Light expansion, Destiny 2 is easier than ever to get into. Sadly, that doesn’t mean the game still doesn’t have issues teaching newcomers about certain systems.

There are tons of community references to smaller nitpicks such as how to make public events heroic or how to throw a ball in a strike, but there are far larger mistakes that new players tend to make that don’t get as much focus. Guardians that are jumping into Destiny 2 with little experience might want to avoid these ten common mistakes. 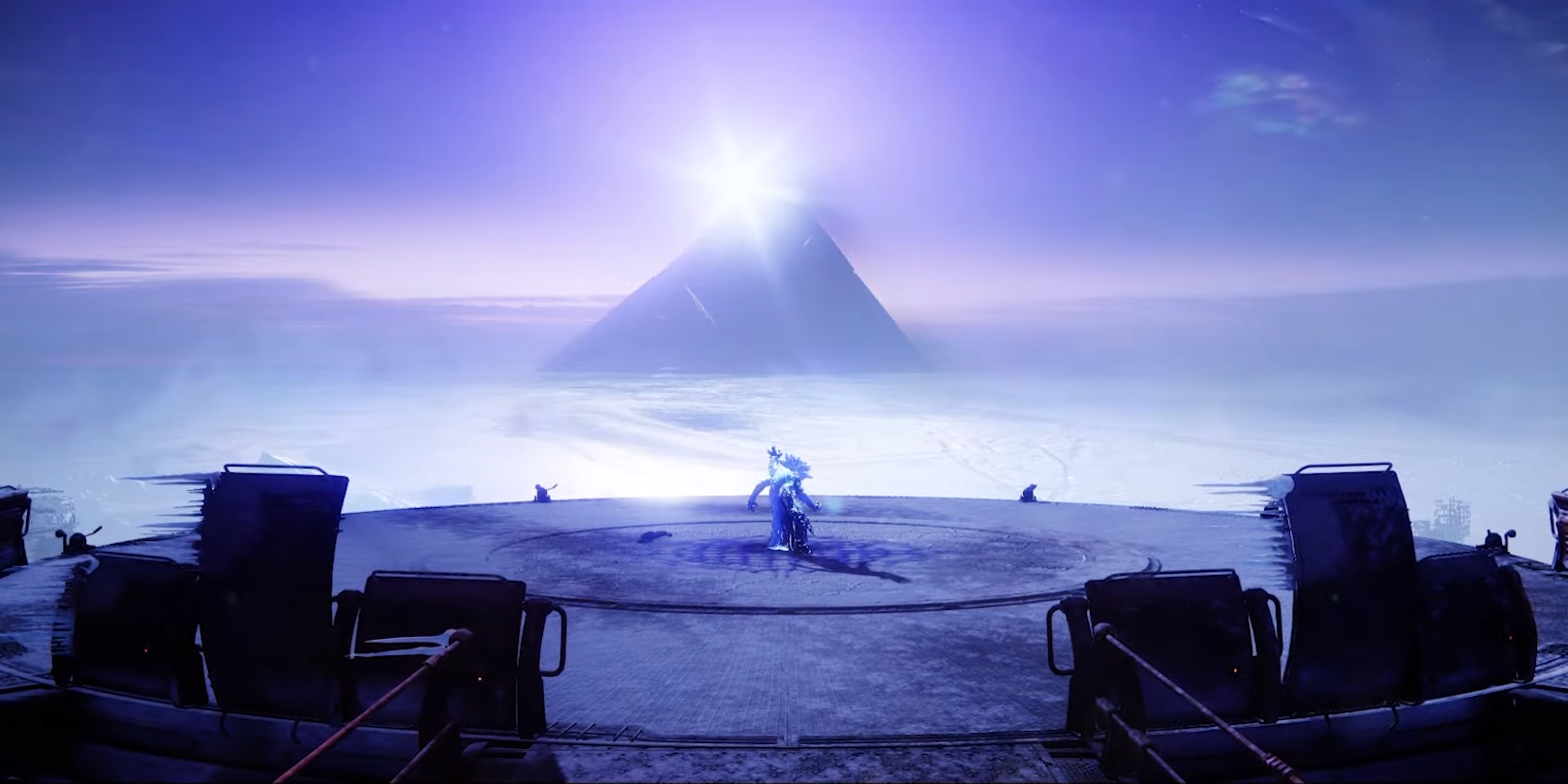 Destiny 2 has so much content that has released since launch that many players get swamped with quests and miscellaneous objectives and think they need to complete all of them.

This isn’t necessary. Destiny 2 does not have a linear progression curve. There are many quests, milestones, activities, and Triumphs for you to chase. Think of Destiny 2 as a large sandbox and not a game that demands you to complete everything to reach its endgame content. Focus on completing content that sounds fun to you or has interesting rewards; the game’s activities won’t be leaving anytime soon. 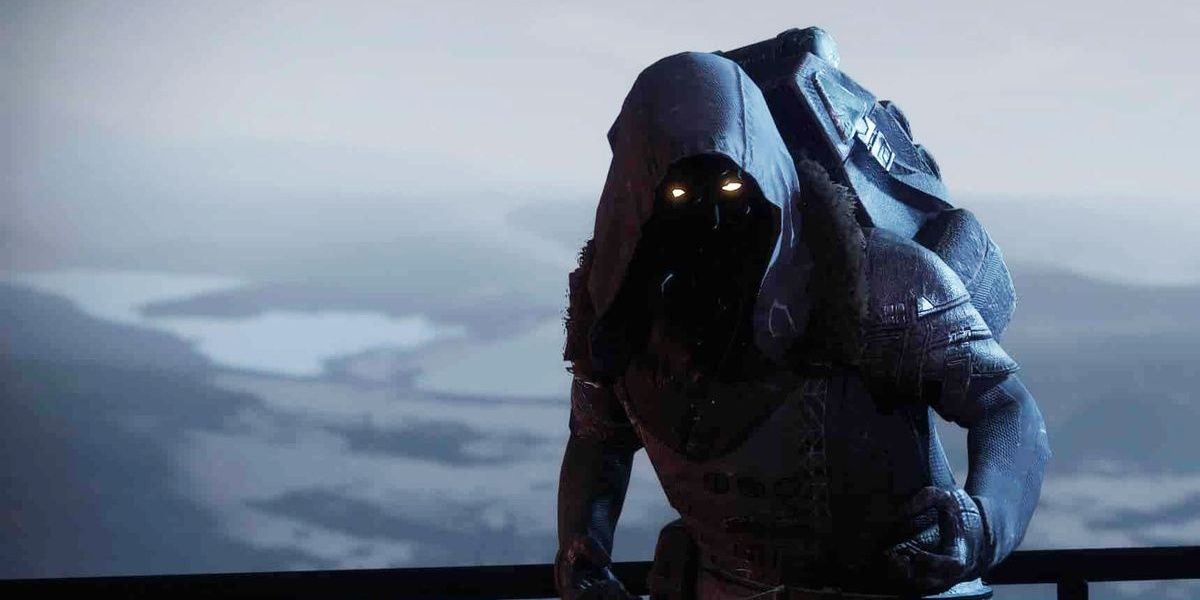 Xur is a new player’s best friend. This mysterious agent of the Nine will visit a random location on your Director every Friday and lasts until the weekly reset occurs on Tuesday.

Every time he visits, Xur will sell an Exotic weapon, one random Exotic armor piece for every class, as well as a Fated Engram that will always grant an Exotic item you don’t currently own. Save up your Legendary Shards and visit him every Friday to complete your Exotic collection. 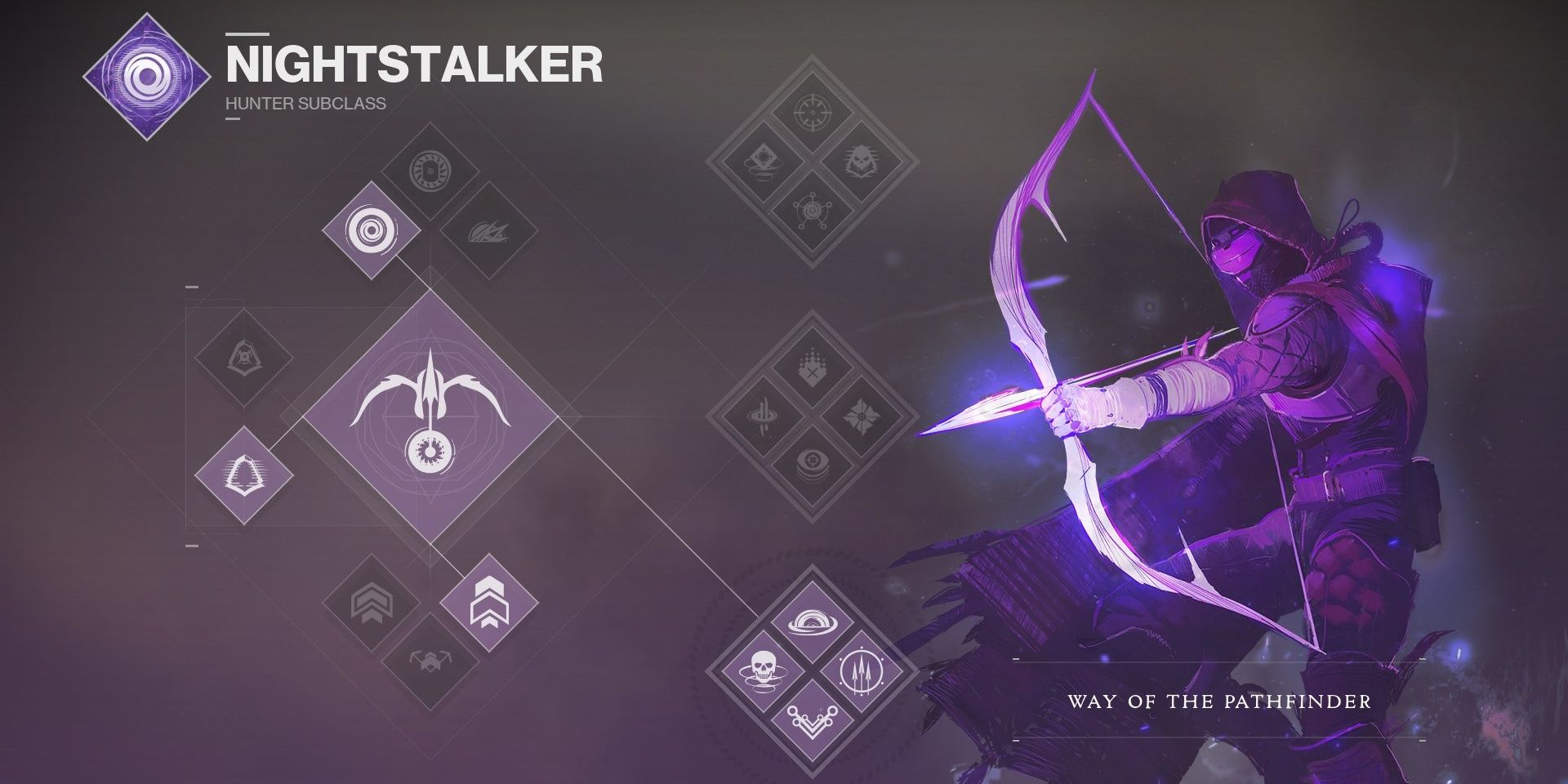 Each of Destiny 2’s classes — Hunter, Titan, and Warlock — have multiple elemental specs or “Subclasses” that determine your abilities and passives. There are four Subclasses everyone has: Solar, Arc, Void, and Stasis. The Stasis Subclass requires the Beyond Light expansion to use.

Every Subclass has a submenu you can access by inspecting it while in your inventory. In this menu, you can tweak your movement ability, grenade, class ability, as well as select one of two (three with Forsaken) Subclass paths that determine your melee ability and passives. These choices aren’t permanent either; you can change a Subclass in virtually any activity excluding difficult Nightfalls and Lost Sectors. Change your Subclass path to suit your playstyle. 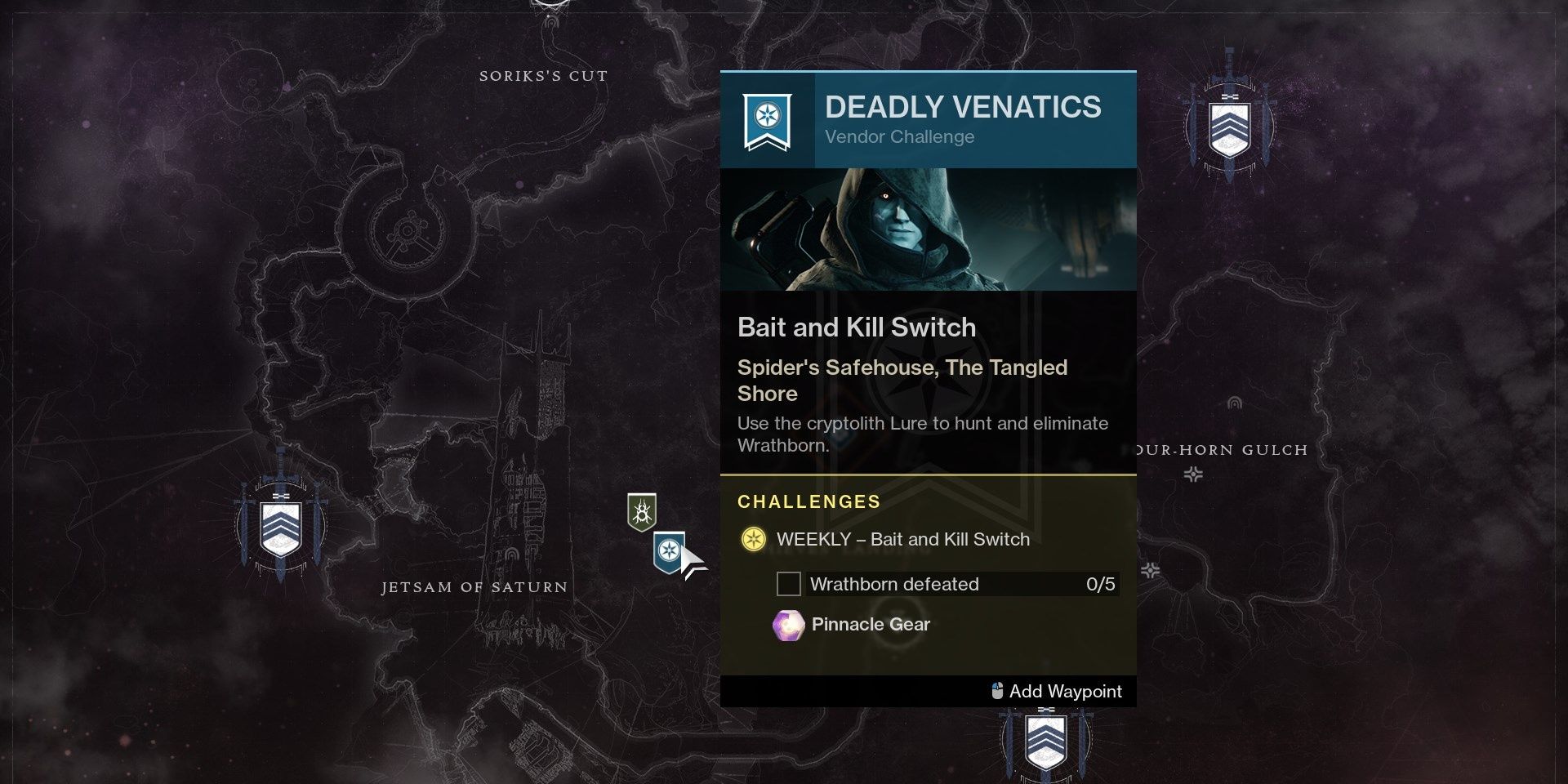 Milestones are the objectives that appear on your Director, Destiny 2’s atlas of every playable destination and activity. Completing these milestones grant either powerful or pinnacle gear.

As valuable as that might sound, most newer players complete these milestones way too early. Powerful gear is your only means of raising your Power Level above the soft cap. Beyond Light’s soft cap is 1,200, which means you should just play core activities and avoid these milestones until you reach this cap. Pinnacle gear should not be earned until you either need a major Power Level boost past 1,200 or you reach the hard cap of 1,250. Pinnacle gear drops above 1,250 and caps out at 1,260, the game’s pinnacle Power Level cap.

Not Joining A Clan 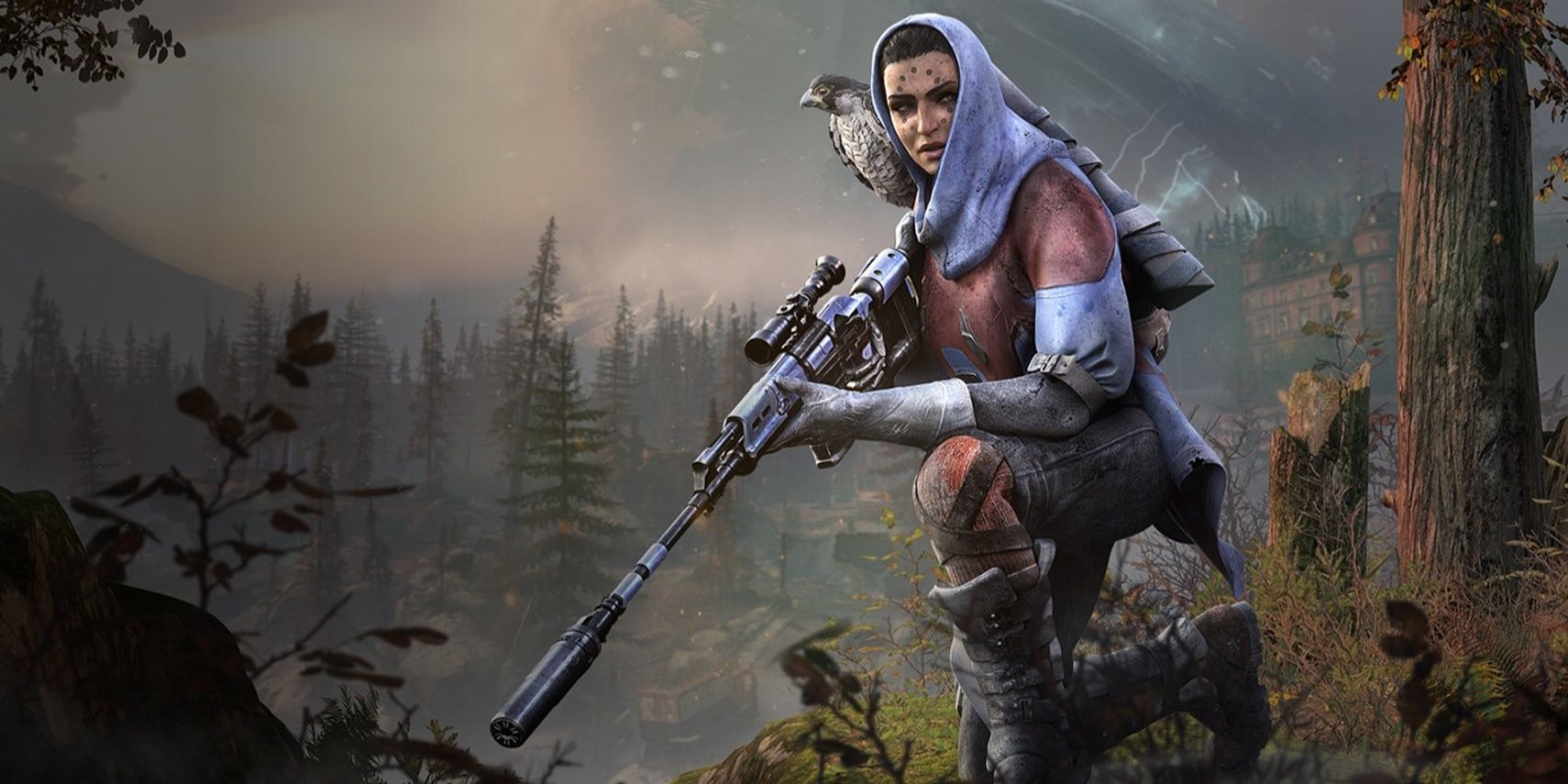 Clans are by far the most useful resource a new player can utilize. There are thousands of Destiny 2 communities that are more than willing to help out newer players learn the game and assist with completing activities.

Find a clan by browsing Bungie.net’s Destiny community forums or through various Discord servers. Once you find a clan that sounds right for you, they should be able to send you an invite that you can accept in-game.

Besides having a community to talk and play Destiny with, you will also gain weekly engrams if your clan plays together. Additionally, you gain a clan banner that comes with a set of passive perks that unlock as your clan plays the game. These bonuses range from earning more rewards from public events to obtaining rare Enhancement Cores when completing the weekly clan milestone. 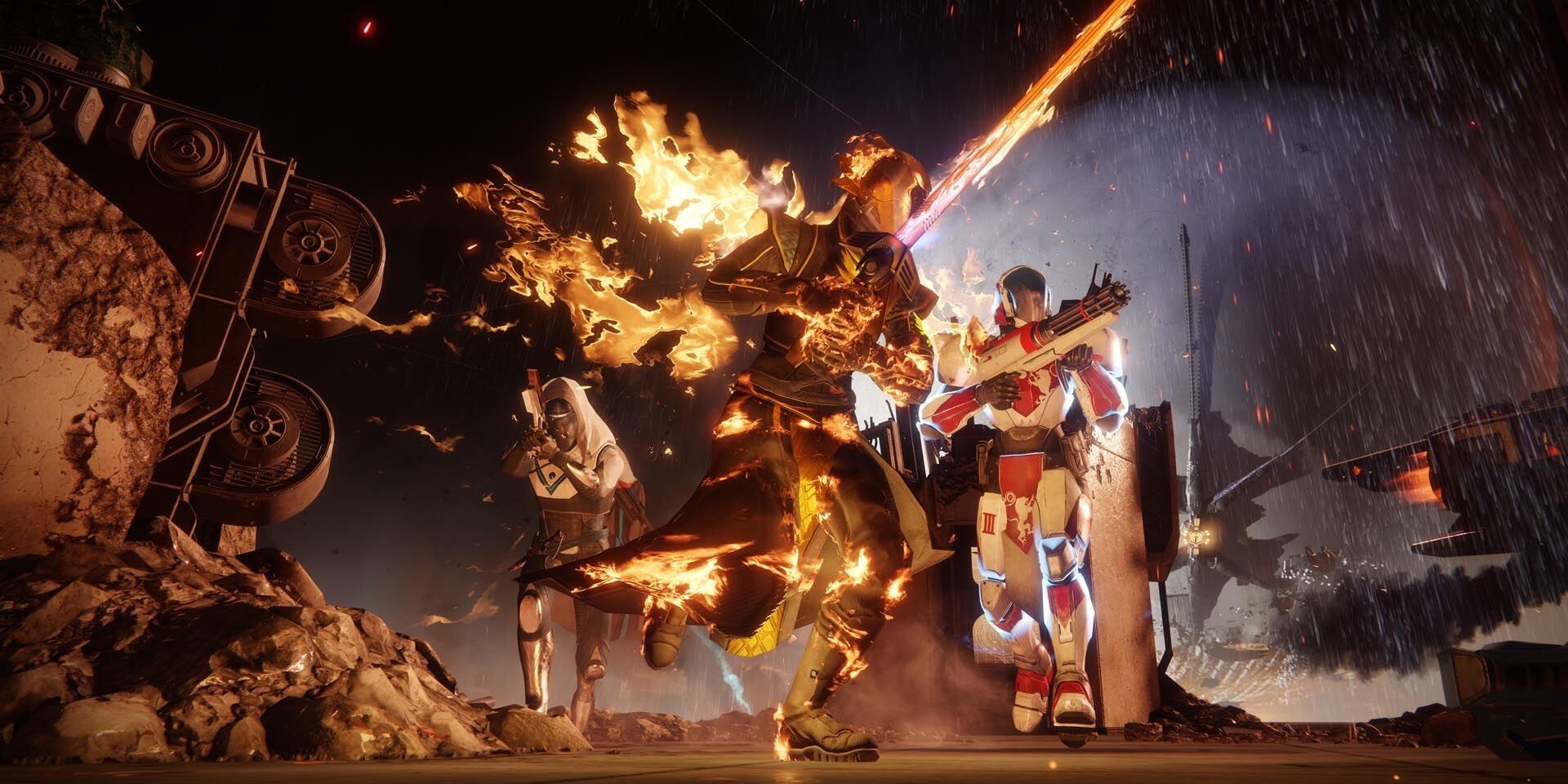 Speaking of communities, Destiny 2 has a plethora of external resources that can help out new and veteran Guardians alike. Here are a few notable ones: 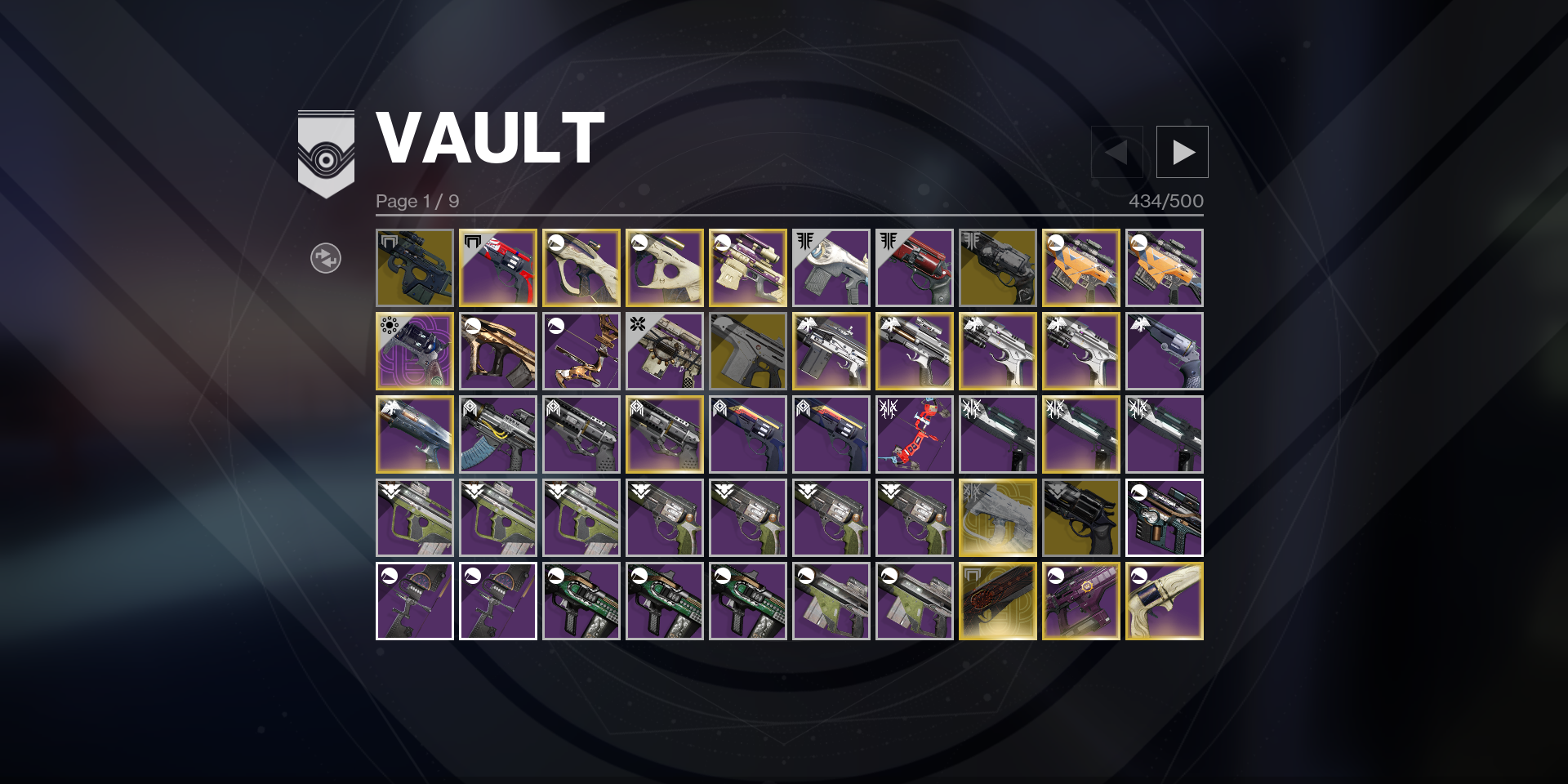 Not even your Vault will be able to store every item that drops in the wild. Activities throw so many Rares and Legendaries at players that most veteran players dismantle them on sight. Newer players should only keep gear they’re interested in using.

Rare, blue-quality weapons are usually not worth keeping since they only roll with one perk instead of the two perks Legendaries receive. Blue armor is solid for leveling but, excluding extremely niche cases, becomes obsolete once you start getting good Legendary armor rolls. Don’t be afraid to dismantle any gear that doesn’t suit your build. 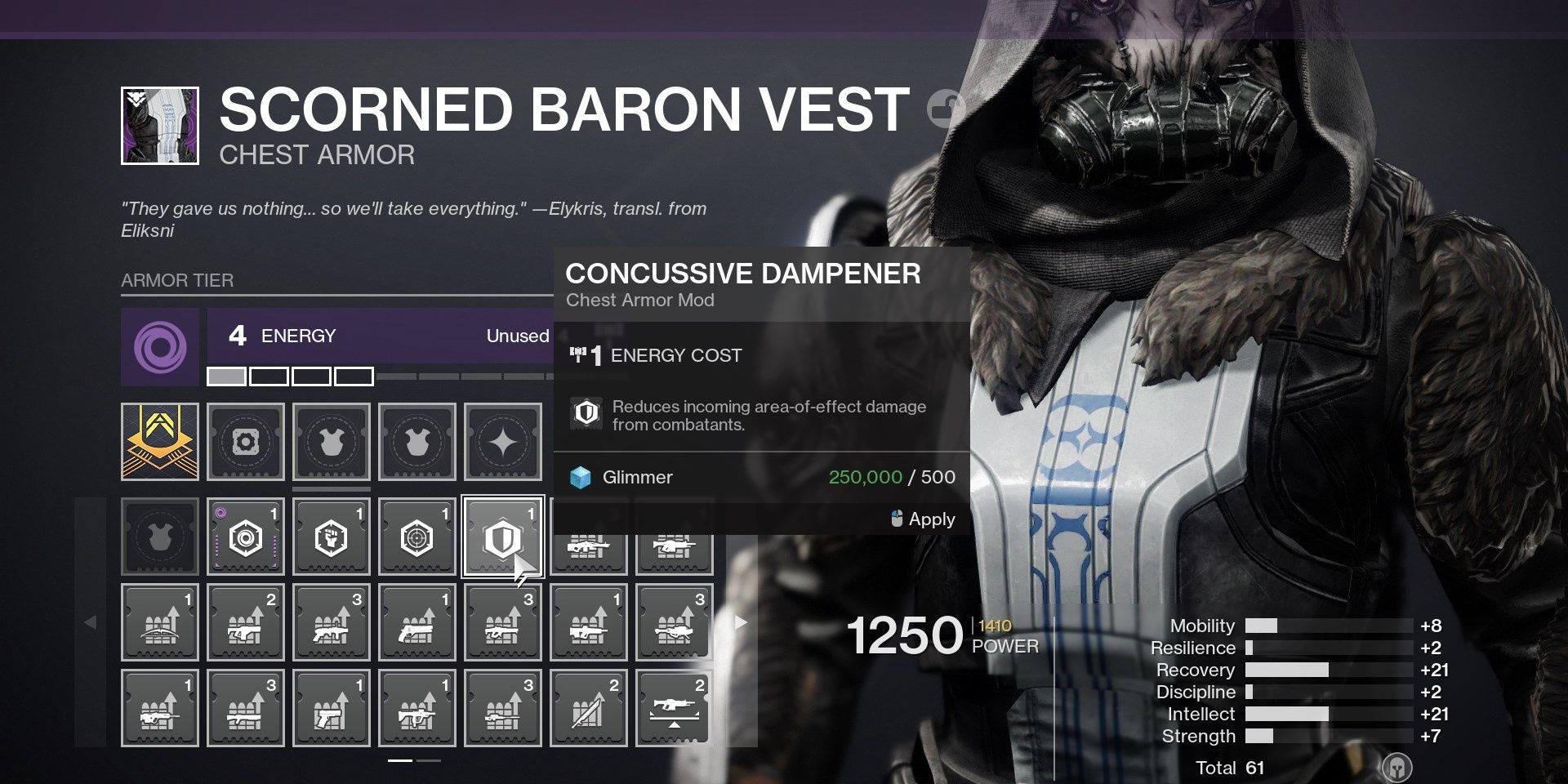 Mods offer powerful effects that can be placed in weapons, armor, and Ghost Shells. Weapon Mods give small bonuses that enhance how they behave, armor Mods offer some massive bonuses to your Guardian’s stats and behavior, and Ghost Shells are used to provide economy buffs or increase resource gains.

Out of all of those Mod categories, armor Mods are arguably the most impactful. All Rare gear you will stumble across will have five energy to work with, allowing you to socket in a +10 stat Mod or add an effect that enhances your gunplay or abilities. Take a minute to inspect the armor in your inventory and apply Mods to them. The difference it has on your ability cooldowns is a night and day difference. 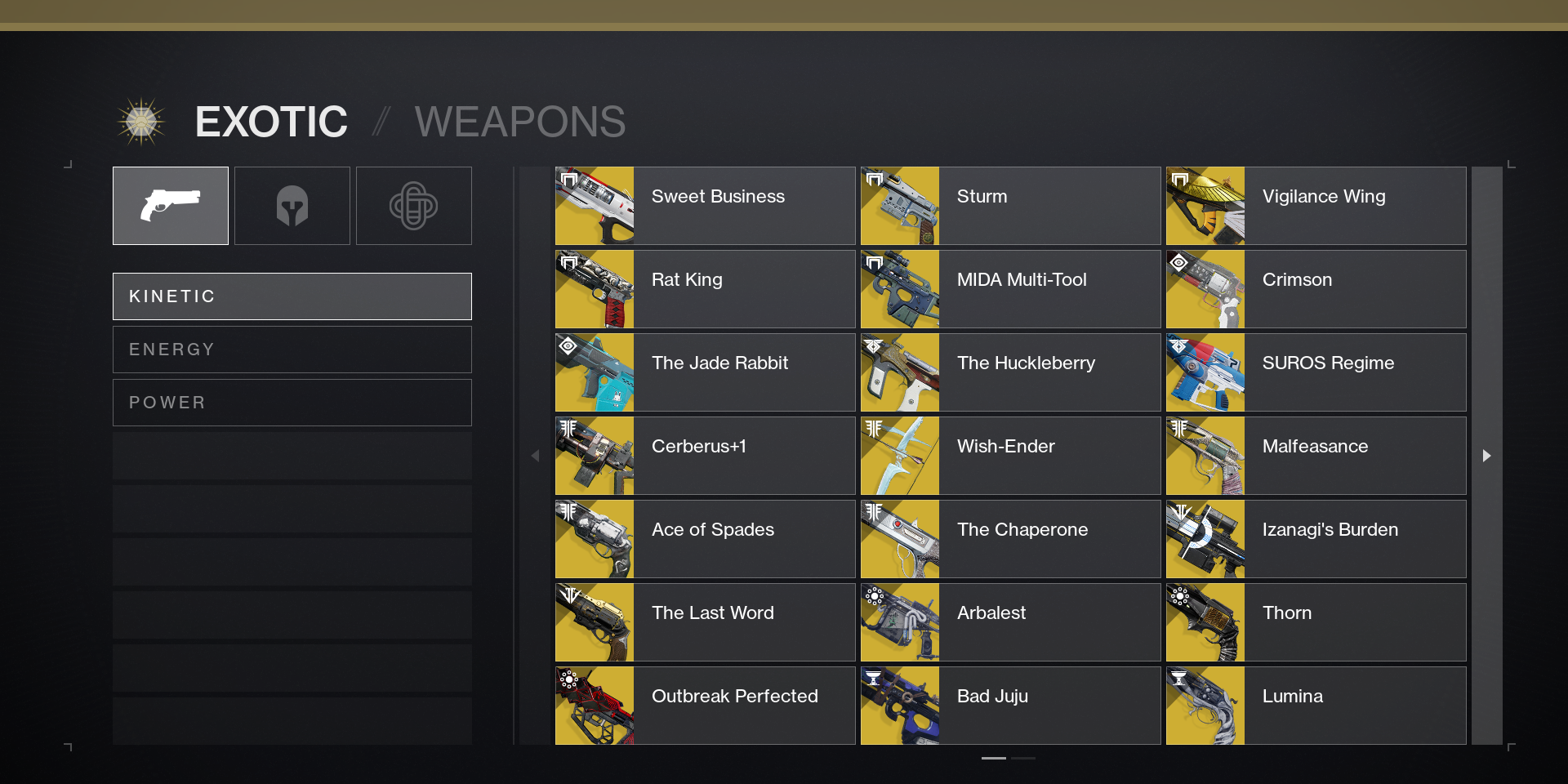 Buried in the upper tabs of your menu is a tab named “Collections.” This area contains a record of every Exotic and Legendary item you’ve ever obtained. The Collections page even includes cosmetic items such as Shaders and Ghost Shells that can be reclaimed for a small cost.

Anyone that is low on Shaders or wants to recreate an Exotic can do so from this menu. Just note that nearly all Legendary weapons cannot be reclaimed from Collections since they have random rolls. 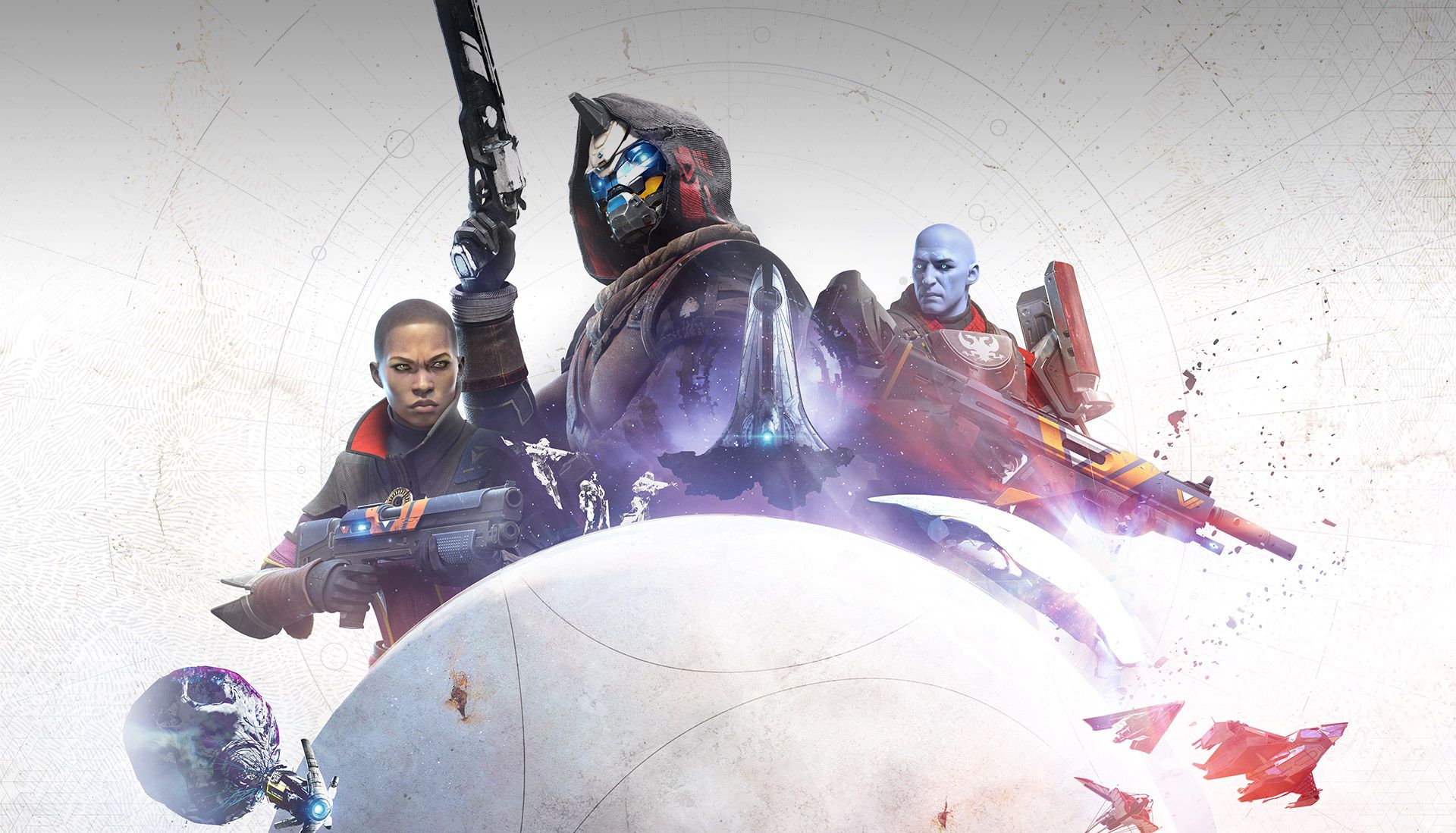