Destiny 2: How To Farm Glimmer Fast

Can’t play the game if you ain’t got the green. Or blue, in Destiny’s case. Whatever. Here’s how you can make tons of Glimmer fast.

Destiny 2 has a lot of resources you gotta manage. There are Legendary Shards, Enhancement Cores, Enhancement Prisms, Recon Data for Season of the Hunt, Herealways Pieces introduced in Beyond Light, and a specific resource for each of the game’s many destinations.

But the thing you’ll always need is Glimmer. Glimmer is as close as Destiny 2 comes to cold, hard cash. You need Glimmer to buy bounties, Glimmer to slot mods, Glimmer to upgrade your arms and armor, and Glimmer to do just about anything. When you run out of Glimmer, your game grinds to a complete standstill.

So keeping up your Glimmer supplies is a necessary thing in Destiny 2, but not something you want to spend too much time on. Here’s how you can make a ton of Glimmer fast in just four easy steps. 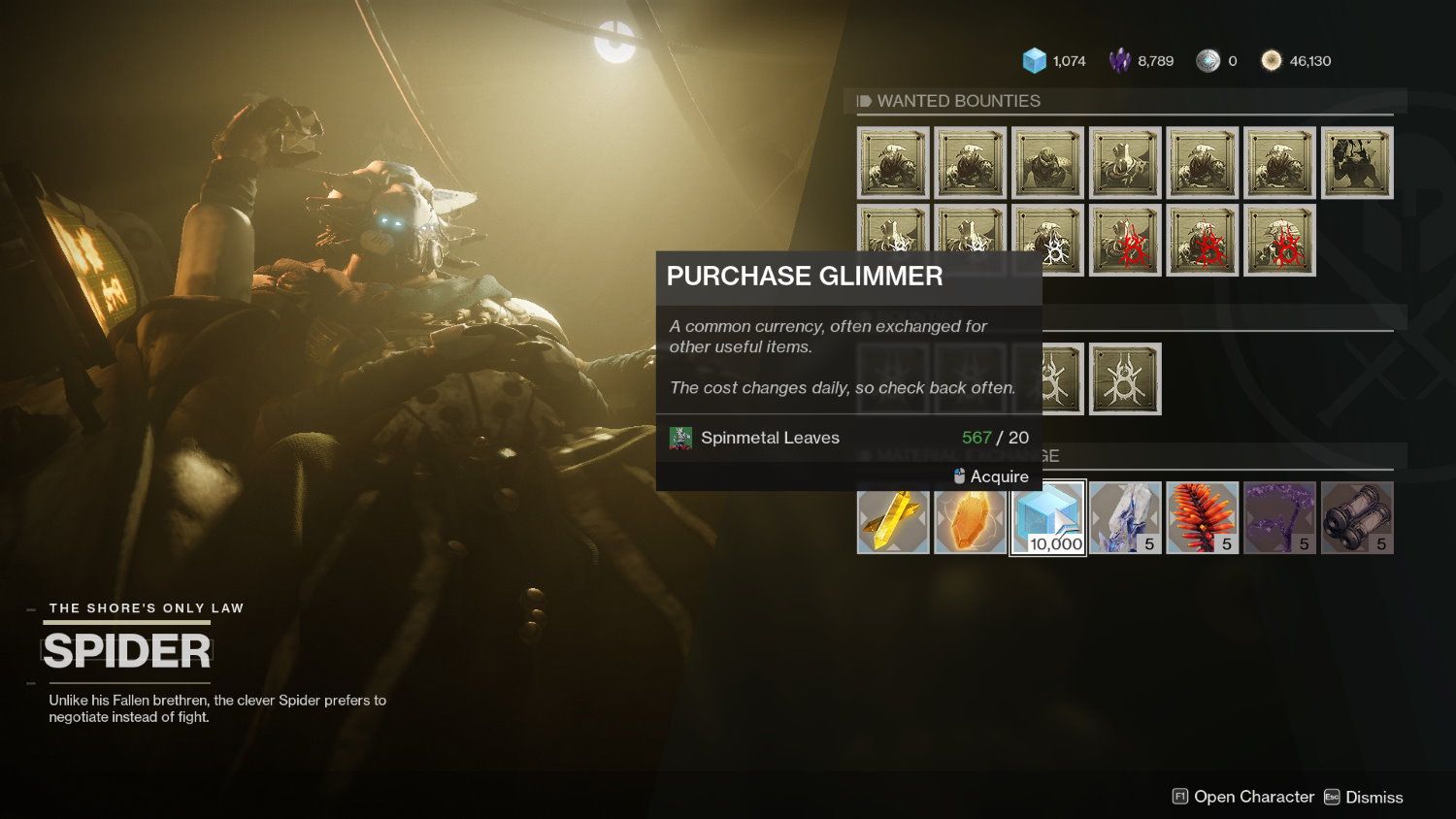 Easily the fastest way to get Glimmer in Destiny 2 is to talk to The Spider. He’s the Fallen mob boss that’s in charge of the Tangled Shore who specializes in trade–either for materials, resources, or just straight-up Glimmer.

Trading 20 destination resources for 10,000 Glimmer is less of a good deal. You’ll have to see how many resources you have before you accept Spider’s trade, but keep in mind that some of the vaulted destinations aren’t worth anything BUT Glimmer, so if you’re holding onto Martian Seraphite or Mercurian Simulation Nodes, you might as well trade ‘em Spider. 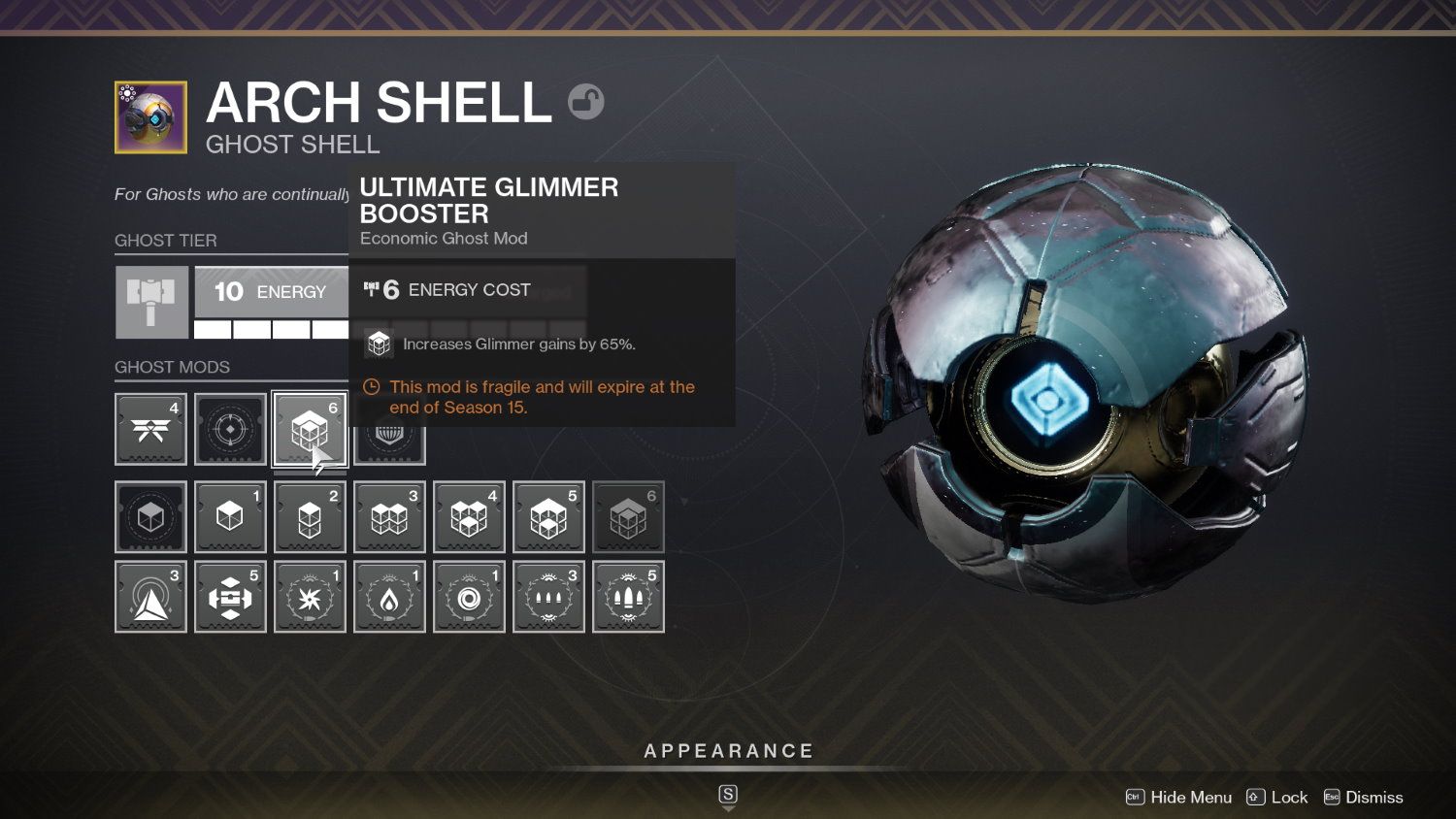 Let’s say you’re really broke and can’t afford to trade your resources or Legendary Shards to Spider to make a quick buck, the next best thing to do is take advantage of the new Ghost mods, and specifically the Glimmer Booster mods.

These mods work on pretty much any source of Glimmer, from the random cubes you pick up in the wild to the rewards you get from completing a Crucible match. Slot the biggest Glimmer Booster your Ghost can carry and just play the game normally. You’ll be swimming in Glimmer in no time.

Step 3: Use Treasure Hunter Mod And A Sniper Rifle 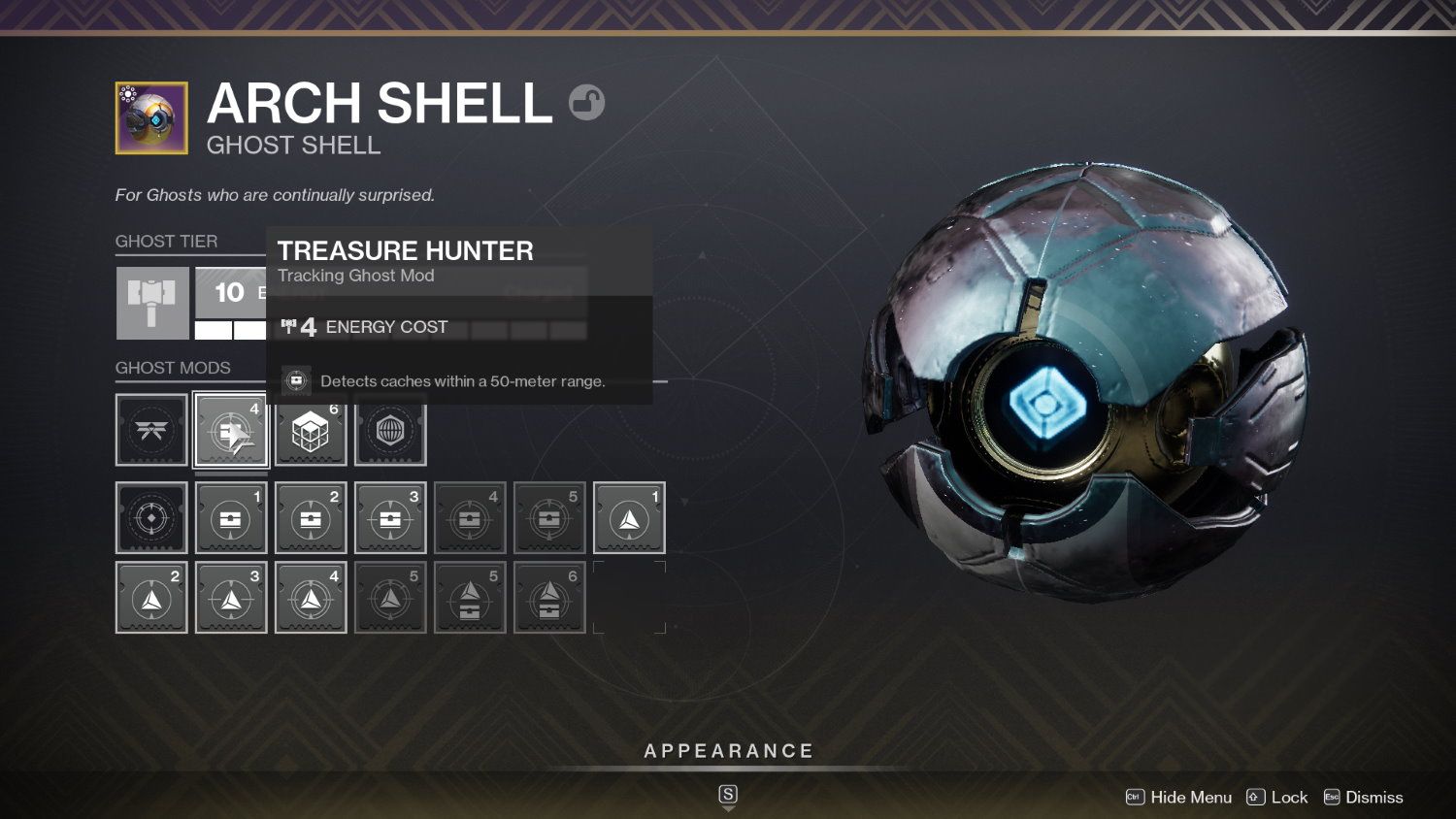 Still not enough Glimmer? Here’s a quick combo to use with your Ghost’s Glimmer Booster Mod. In the second slot on your Ghost will be a mod called Treasure Hunter. Slot that in along with your Ultimate Glimmer Booster and you’ll be able to find treasure chests within a 50-meter radius.

That’s not bad, but we can do a lot better. It’s unknown if this is a bug or a feature, but peering through the scope of a sniper rifle extends that 50-meter radius to basically the entire map. Suddenly, every treasure chest in your current area will be visible, with the only caveat being you have to now have to painstakingly correct your sniper rifle’s aim to be in the general direction of the chest in order to spot it. 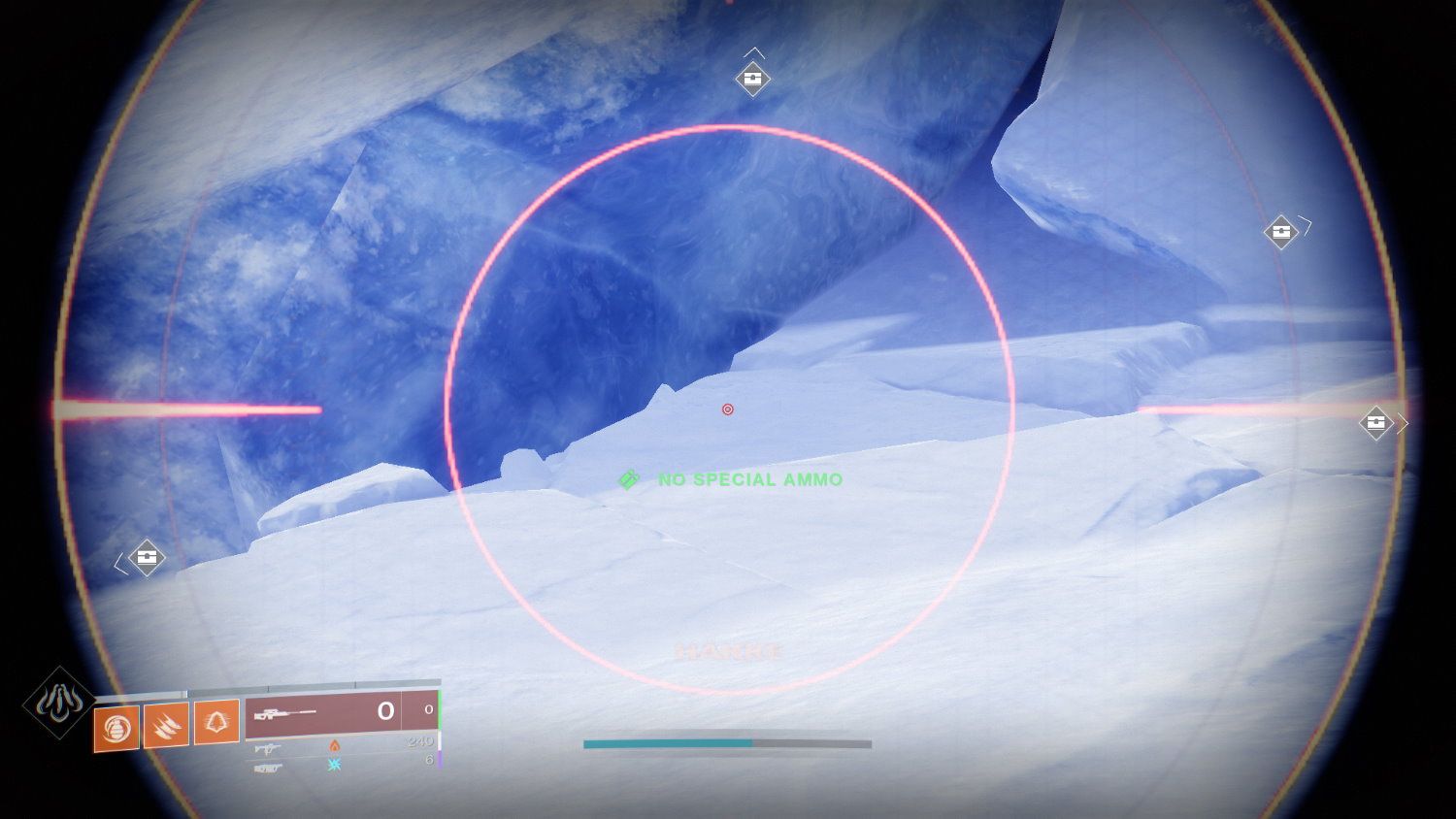 Honestly, that doesn’t take very long, and you can easily whip out your sniper rifle, spot a chest, hop on your sparrow, open that chest, and repeat for all remaining chests in the region until you’ve made a few thousand Glimmer in just a few minutes. Then all you need to do is speed off to the next area to repeat the whole process over again.

If you own the Beyond Light expansion, I recommend heading over to Asterion Abyss on Europa. That area tends to have a few more chests than the rest of Europa, and they give out more Glimmer than other destinations in Destiny 2. 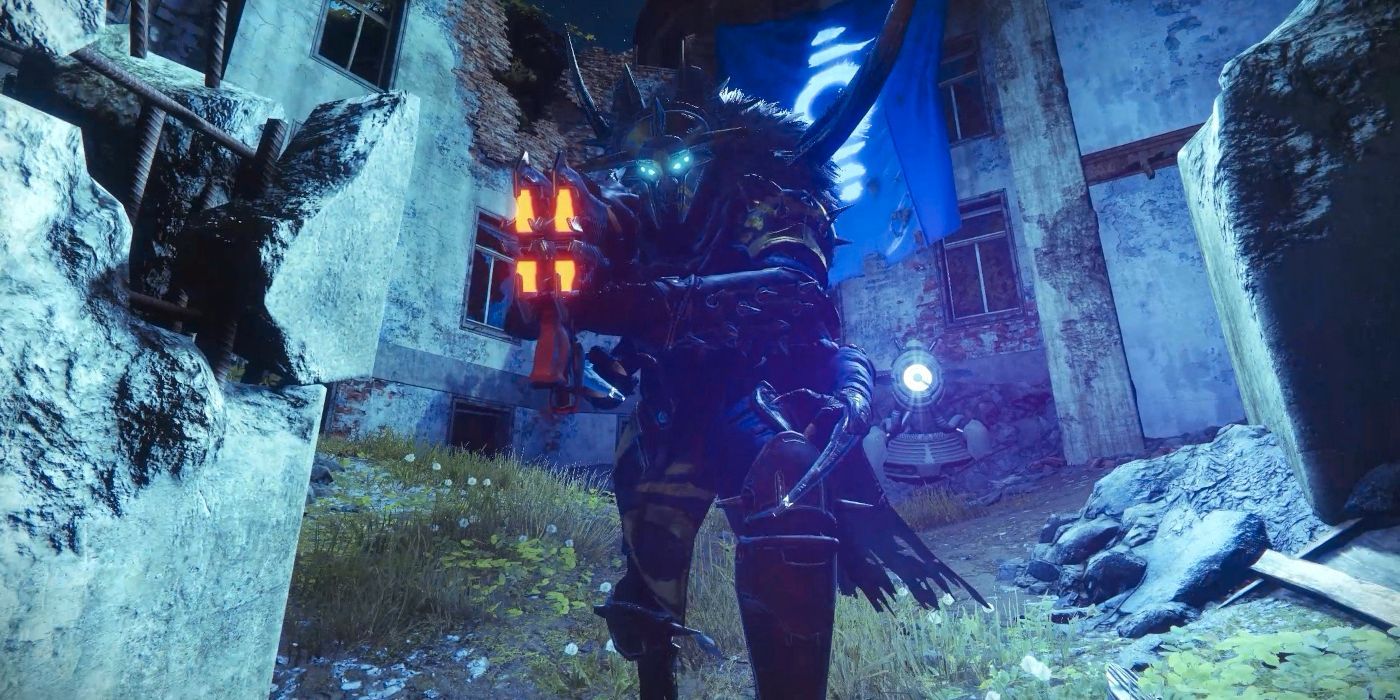 If you’re less inclined to run around Asterion Abyss, there’s another option. Pick a short Lost Sector and farm it. Widow’s Walk is an ideal choice because–with the right build–you can walk in, kill the boss, loot the chest, and leave within seconds.

To do this, your best option is to bring an Arc sword of some kind, but any high-damage Arc elemental weapon should be fine (First In Last Out from last season is another good option). Go in, quickly take down the boss before the many Dregs and other enemies can overwhelm you, and then take your Glimmer and leave. Even if you die at that point, it’s fine because you can just head back to orbit to do it all over again.

Keep in mind that this “farm” can’t be used too often. After two or more runs, the Glimmer rewards will taper off until it’s not really worth doing anymore. But this is another option to make some quick Glimmer thanks to your Glimmer Booster mods. 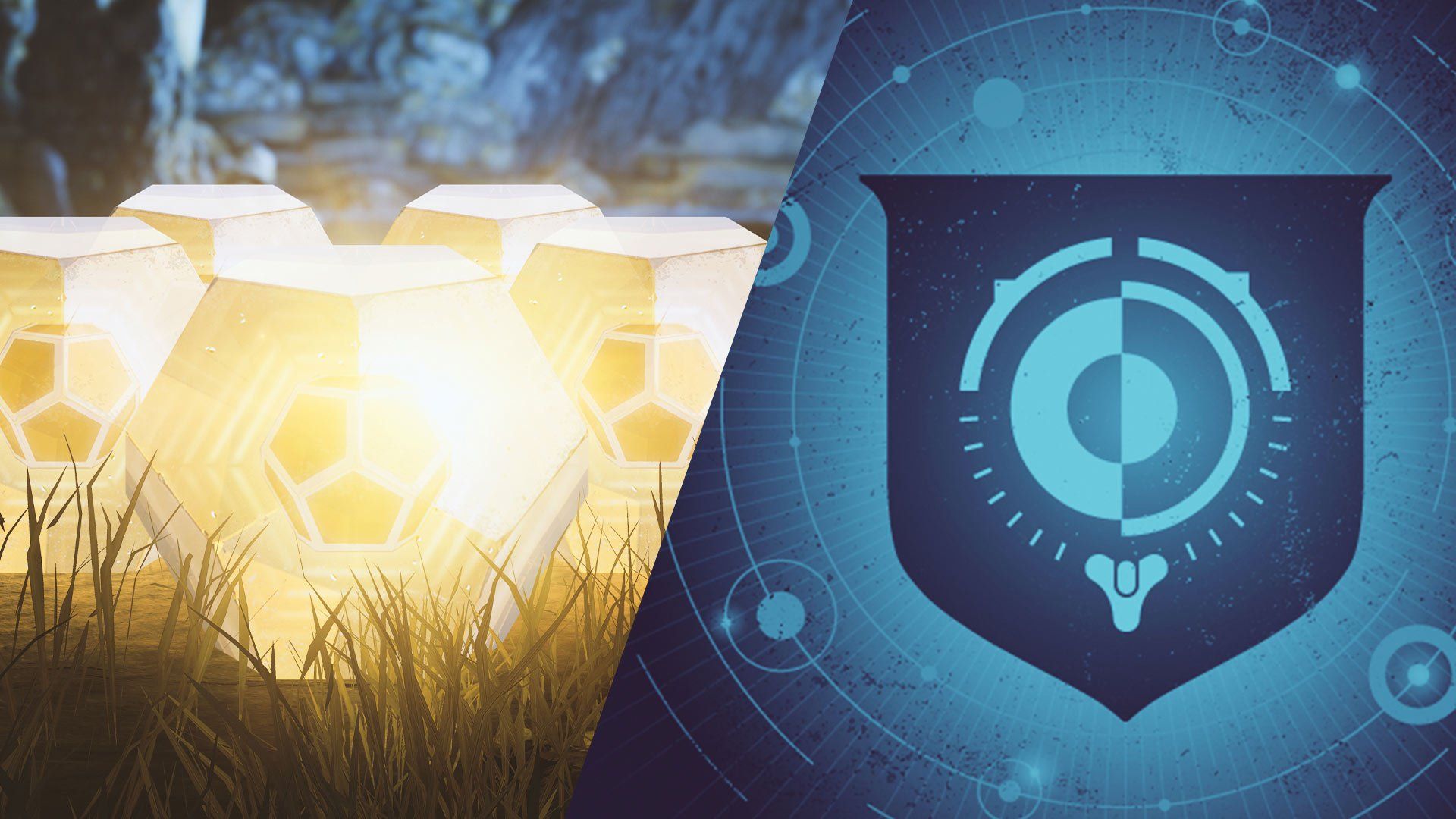 If you’re a free-to-play Guardian, then maybe this will convince you to buy the season pass. Besides providing you with 64,000 Glimmer by the time you reach level 100, the season pass for Season of the Chosen also provides you with double Glimmer rewards for completing Strikes, Crucible, and Gambit playlist activities. Combine that with a Ghost Shell’s Glimmer Booster, and you can rake in a ton of Glimmer just playing the core playlists.

NEXT: Destiny 2: Beyond Light Complete Guide And Walkthrough 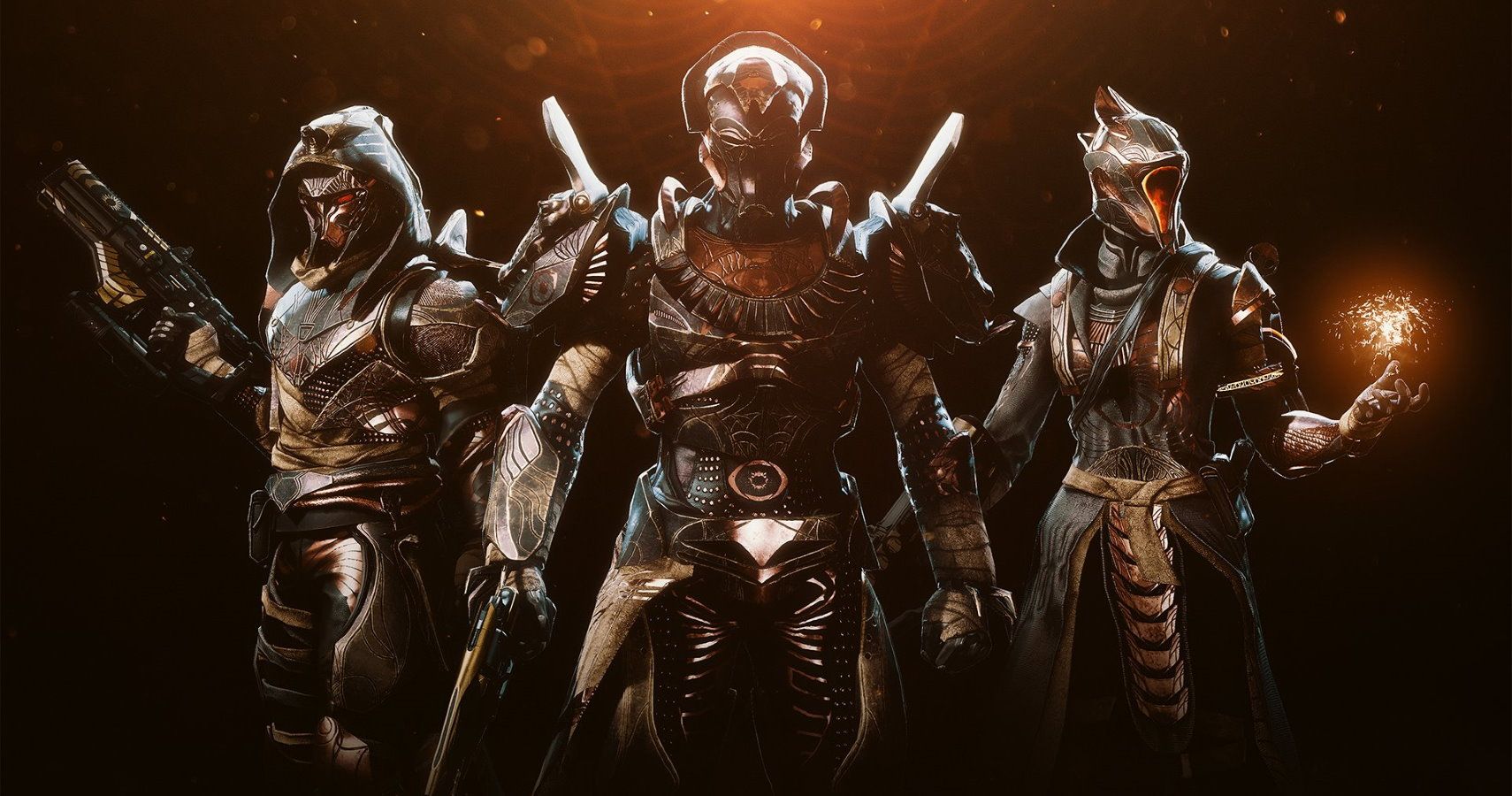