Destiny 2: The Best Spire Of The Watcher Weapon Rolls

Destiny 2's Season of the Seraph launched with a new dungeon, complete with a new batch of Tex Mechanica weapons for players to chase. Spire of the Watcher contains some of Destiny 2's most satisfying weapons yet, most of which embrace the wild west theme that Tex Mechanica is known for. From Sidearms to Scout Rifles, there's something for everyone.

Four weapons are brand new in this dungeon, and two weapons are reprised Seventh Seraph weapons from Season of the Worthy. Nearly every weapon in this dungeon has excellent perk pools, solid base stats, and powerful origin traits. This guide will show you the best rolls you can get for each weapon, both for PvE and PvP. 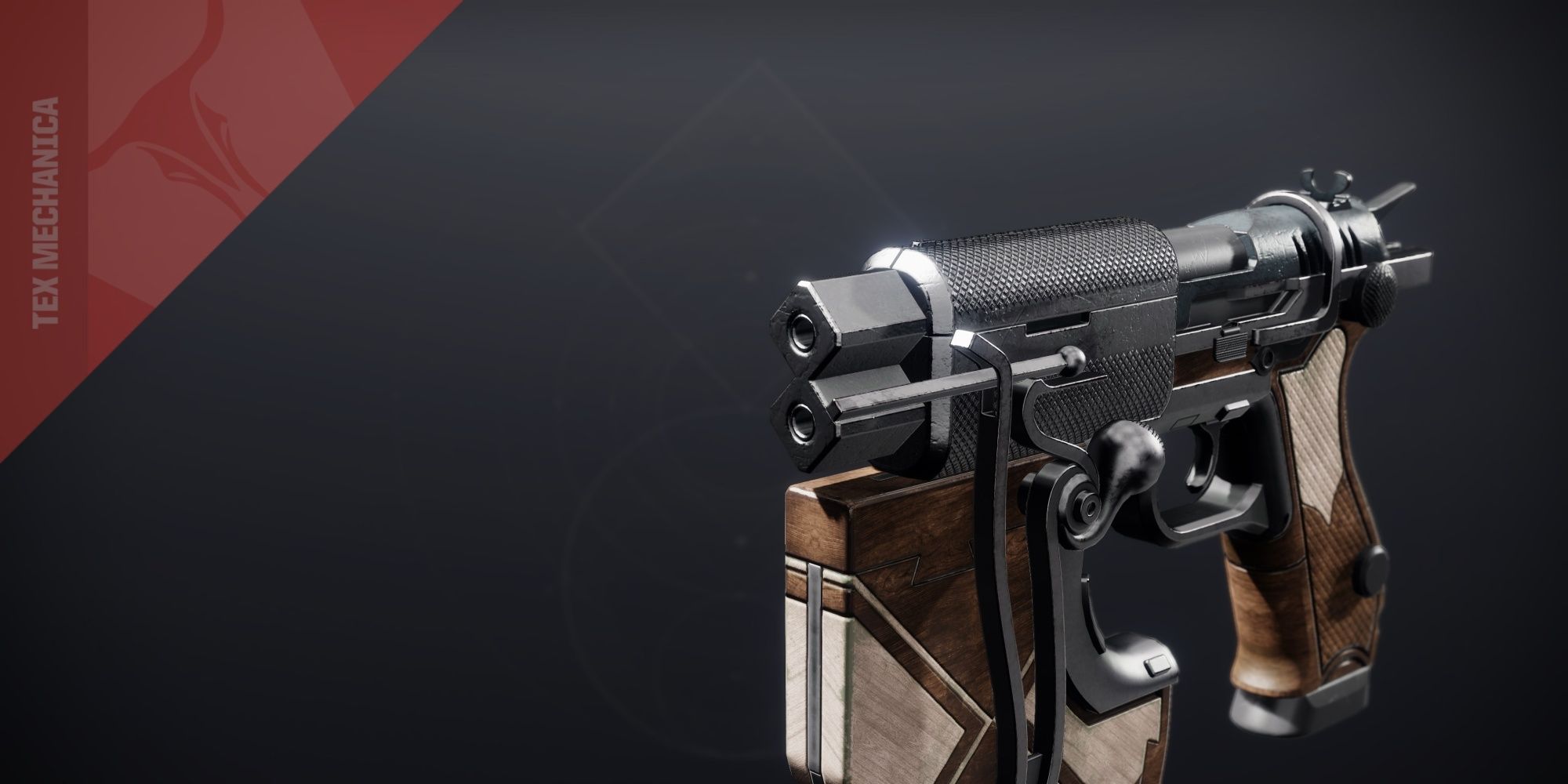 Liminal Vigil is a blast to use in both PvE and PvP. After Bungie buffed Sidearms and added a full-auto setting, Sidearms are an excellent choice for killing adds in PvE or shutting down SMGs or Shotguns inside the Crucible. Liminal Vigil doubles down on this with some excellent perk combinations, notably Headstone and Desperado in PvE. Land a headshot, reload your weapon to ramp up your fire rate, and melt the Stasis crystal to destroy everyone nearby. If you want raw damage, you can't go wrong with Threat Detector and Surrounded.

Crucible players can achieve 100 stability on this weapon with the right roll. Chambered Compensator, and Ricochet Rounds get you just under 60 stability. The last 40 points are obtained from Tap the Trigger, and due to the nature of burst-fire Sidearms, this perk is always active—even if you have full-auto enabled in the options menu. Pair this with Kill Clip or Desperado (your choice) for a devastating CQC weapon. 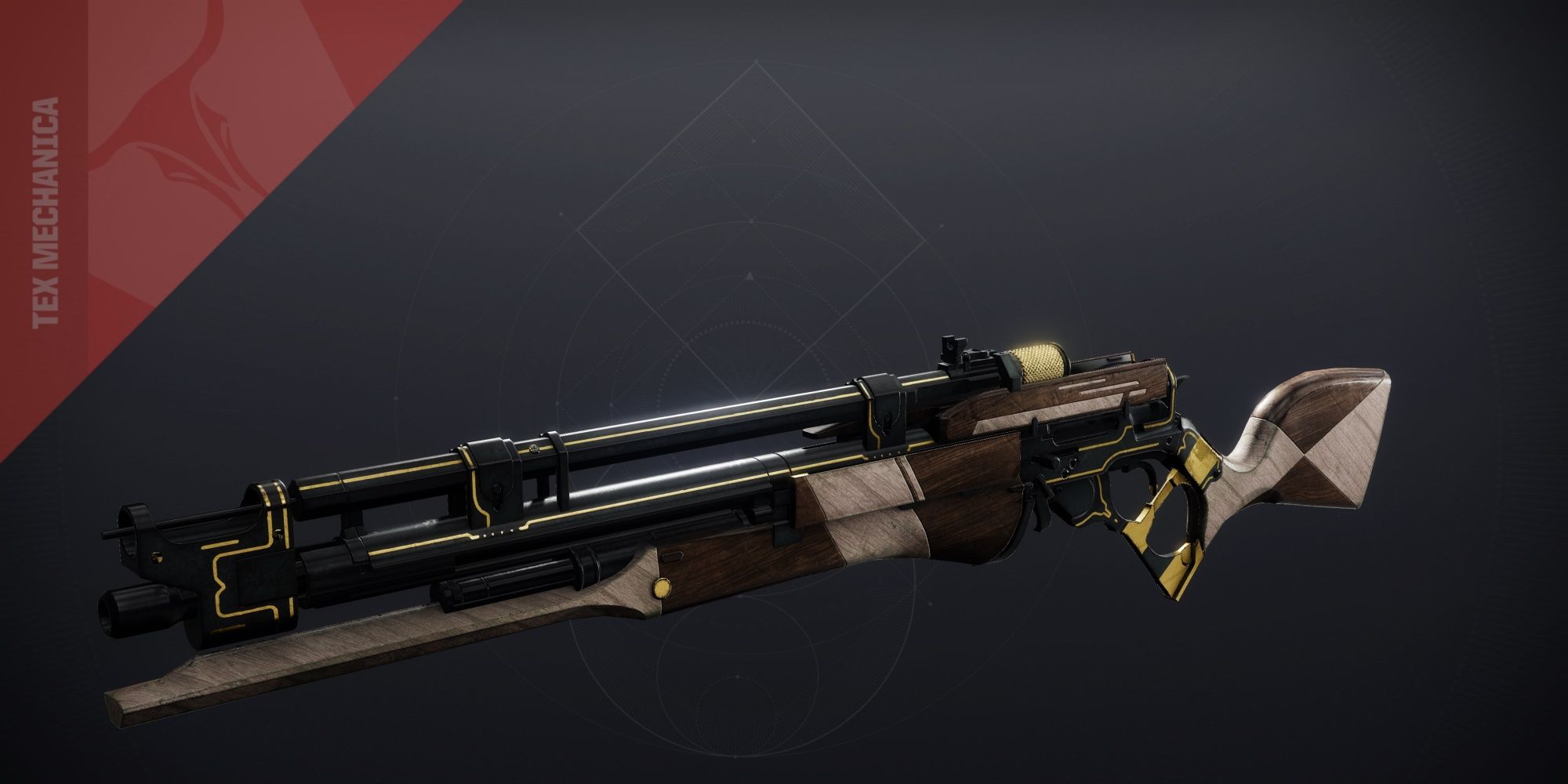 It looks like DMT, sounds like DMT, feels like DMT, but Long Arm is not DMT. This is a slow-firing, hard-hitting Scout Rifle with an excellent perk pool, but this is not a direct replacement for Dead Man's Tale. Speccing this weapon for hip-fire will lead to disappointment. If you use this weapon like any other Scout Rifle, you'll be shocked at just how strong this weapon can be.

Hip-Fire Grip is a trap on this gun. It doesn't provide the same consistency as Dead Man's Tale. With that said, you can get a ton of mileage out of Under Pressure and High-Impact Reserves. Due to the weapon's unique reload animation, you can keep your magazine under half at all times to benefit from both perks. For PvE, Subsistence and Explosive Payload is a solid combination for countering Champions and killing fodder enemies. If you want your Long Arm to shred majors, Redirection isn't a bad pick. 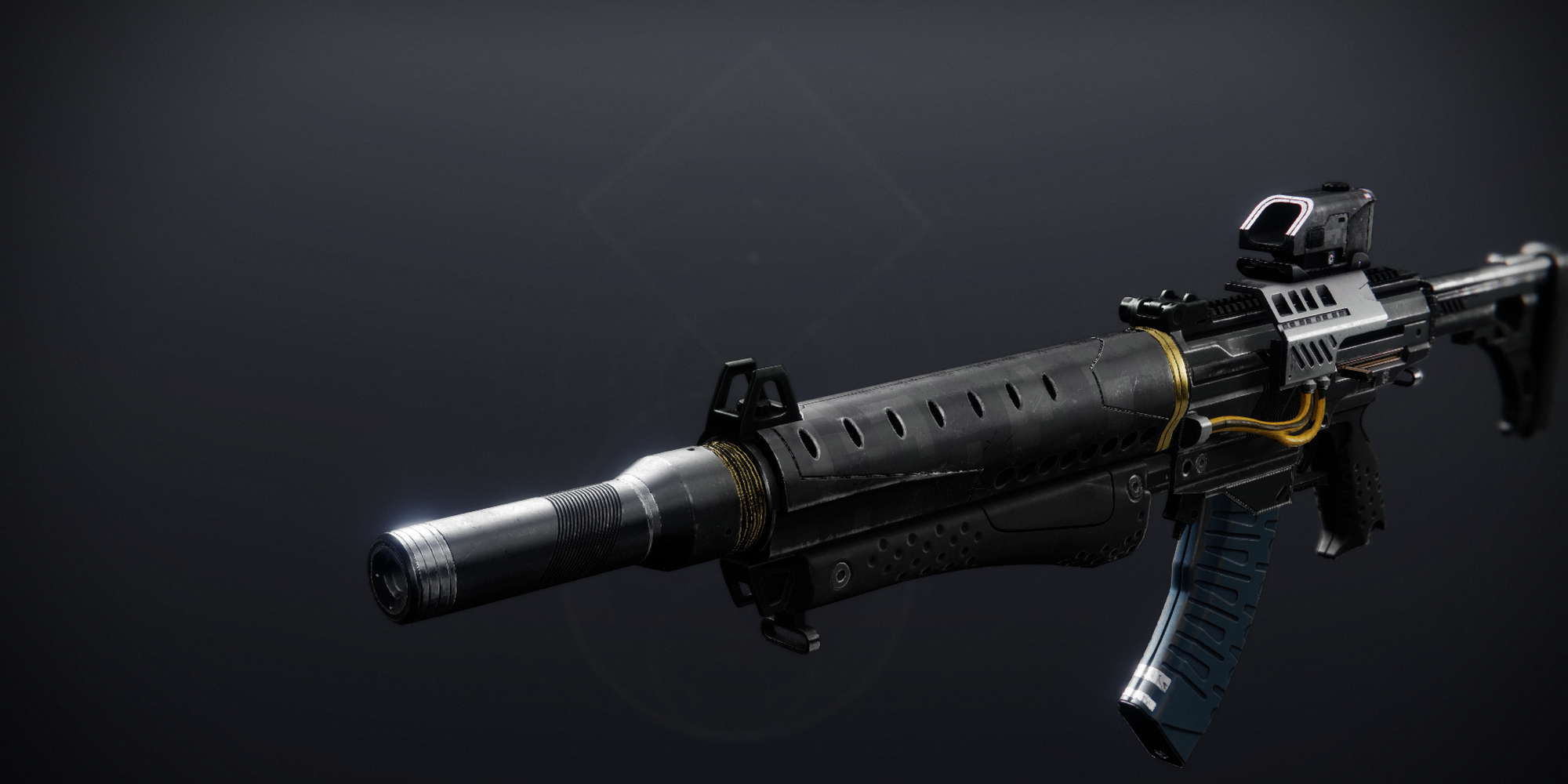 It's odd that Bungie brought back two Seventh Seraph weapons in the Spire of the Watcher dungeon. Even if you farmed for this gun back in Season of the Worthy, this variant of the carbine is significantly better due to its new perk pool. The best perk combination here is Reconstruction and Target Lock, doubling the weapon's magazine while ramping up your damage with sustained damage against the same target. It effectively acts like a Machine Gun in your Primary slot, dishing out respectable damage against Champions and majors.

If you're an Auto Rifle main in PvP, you might consider using Dynamic Sway Reduction and Rangefinder to make this weapon competitive with Hand Cannons and Pulse Rifles. You'll need good positioning and situational awareness to use this gun effectively, but the Seventh Seraph Carbine is undeniably one of the best Precision Frame Auto Rifles in the game currently. 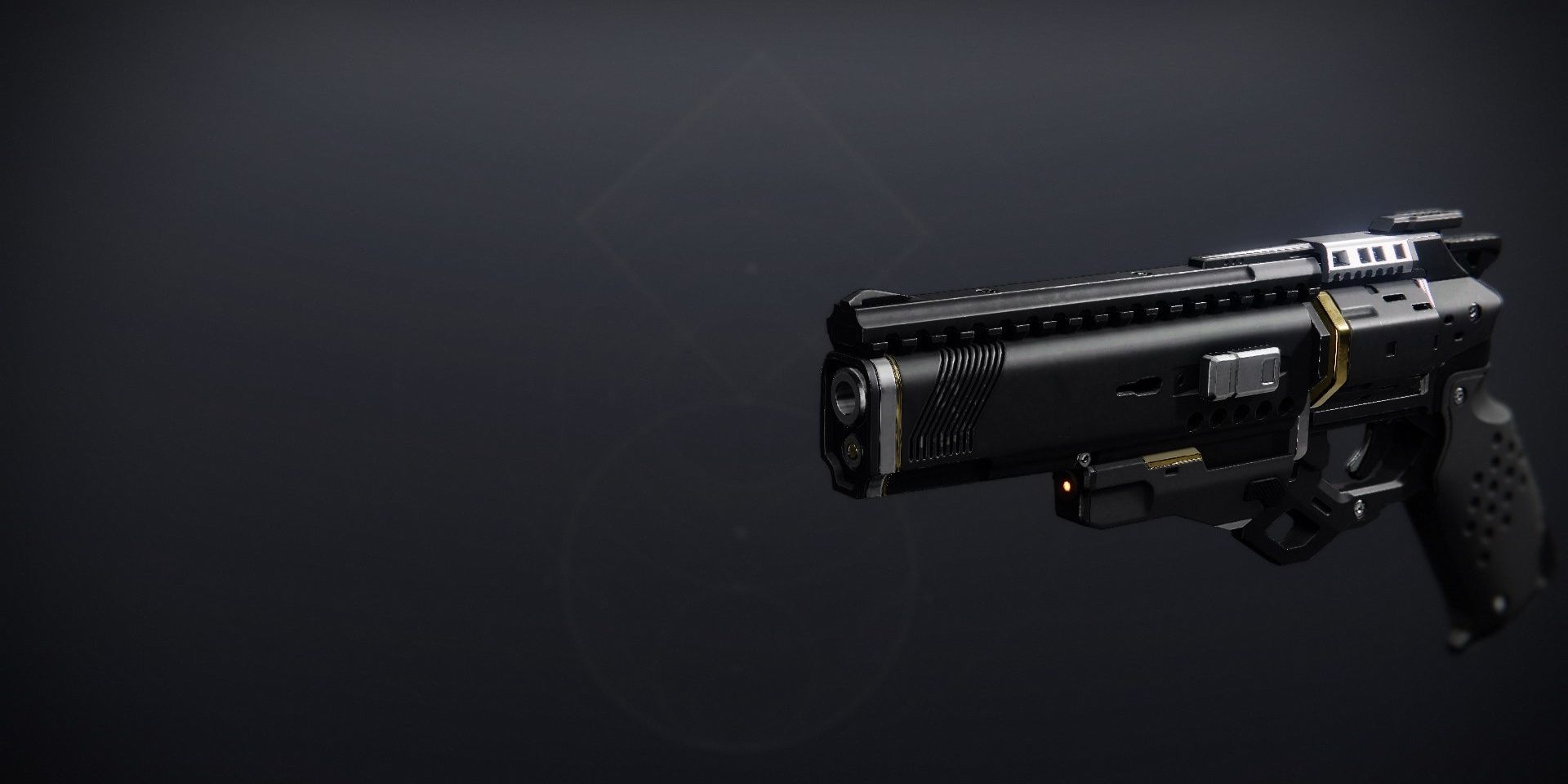 Don't farm for this gun. This iteration of the Officer Revolver is worse than its original release in Season of the Worthy. Excluding Reconstruction, this weapon's new perks are mediocre or downright terrible. Your best roll is Reconstruction and Vorpal Weapon for PvE, making this a solid choice for Lucky Pants users. For PvP, Rangefinder and High-Impact Reserves is as good as it gets, and that isn't nearly good enough to compete with meta Hand Cannons and Pulse Rifles in this sandbox. 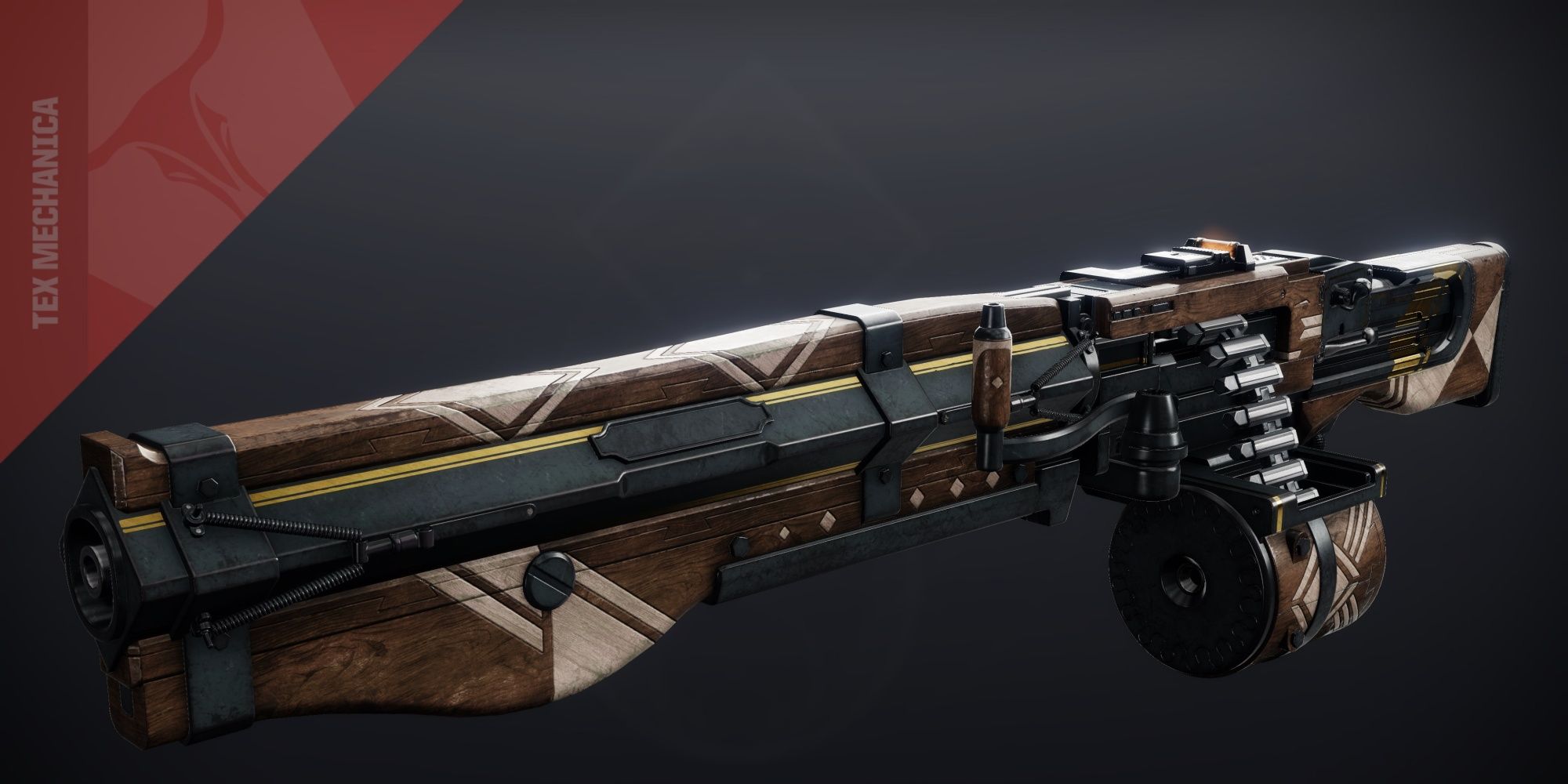 Have you ever wanted to use Thunderlord but not take up an Exotic slot? If so, Terminus Horizon was made for you. This is currently the only Machine Gun that can get Voltshot, infusing your rounds with Jolt after killing a target and reloading. The strength of this Jolt is much stronger than usual since it's coming from a Heavy weapon. If you need an add-slaying Heavy weapon, look no further.

Crucible players have better options but can make this work. Demolitionist and Wellspring make the most sense since consistency perks are missing. You'll get a ton of ability energy with every kill, useful for 6v6 modes. Competitive players might want to use a different Heavy entirely. 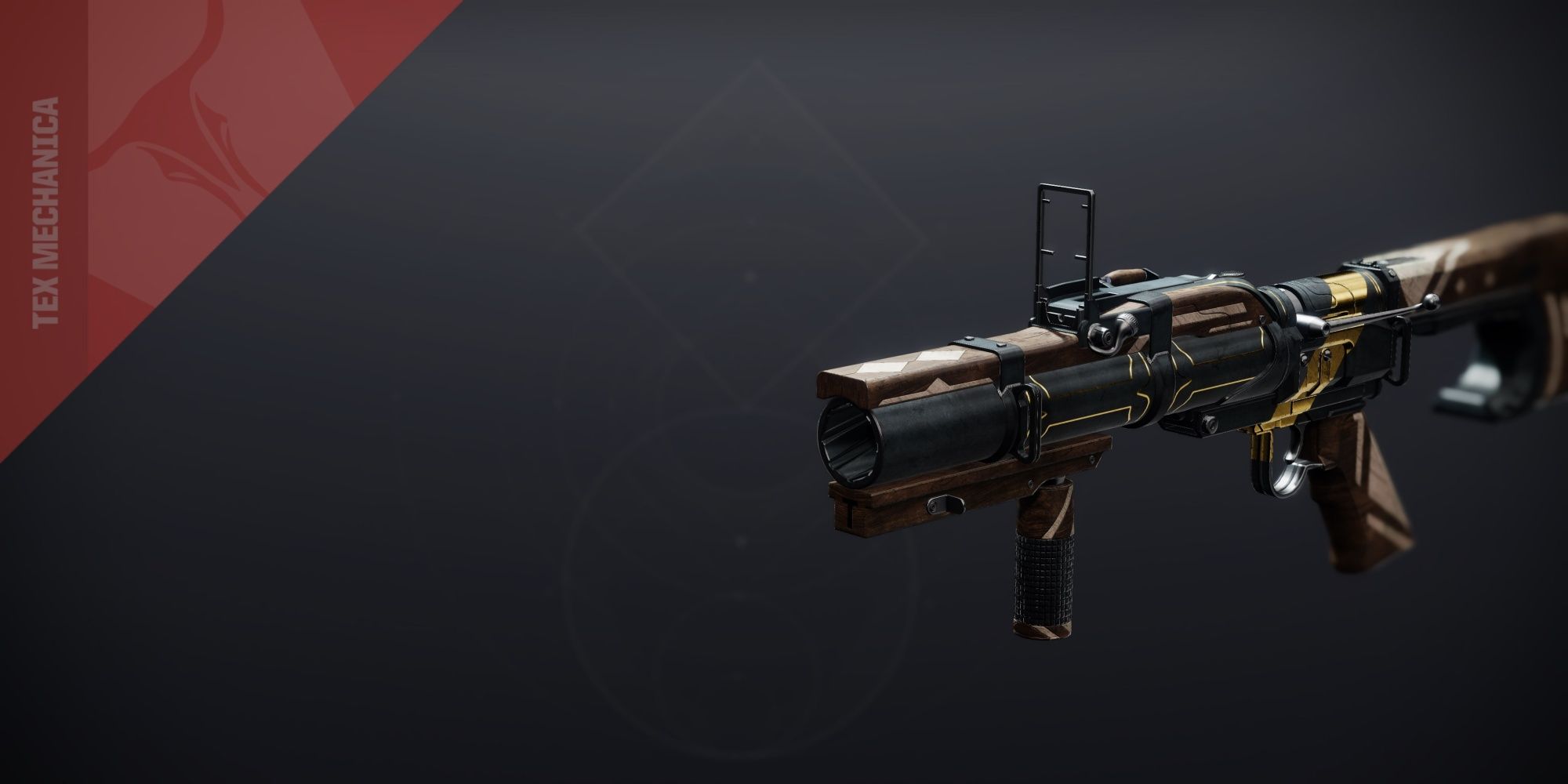 Destiny 2's first Double Fire Grenade Launcher is a monster. This Special GL fires two grenades per trigger pull, allowing you to cover a wider blast radius or benefit from two impacts per shot. You aren't dealing double damage per shot with this gun, but the second grenade can be useful for tagging more enemies with a single shot.

As for perks, you have quite a few options. Demolitionist and Frenzy is effectively Salvager's Salvo that fires more grenades, recharging your grenade with every kill while greatly buffing your reload speed. Paired with the gun's origin trait, reloading your GL should be instant. If you can trigger Volatile Rounds as a Void subclass, you can replace Demolitionist with Repulsor Brace for constant overshields.

Double Fire GLs are tough to use in PvP but can work. Auto-Loading Holster and Disruption Break is your best bet here, allowing you to debuff targets if you break their shields using Wilderflight. It's a great combination for hot-swap playstyles and can be a nightmare for your enemies to counter.