Dinkum is a farm simulator developed and published by James Bendon. The game is very well-designed and has a lot of detail to it. It allows you to do everything you'd expect from a farm simulator like farming, fishing, chopping trees, mining, taming animals, and trapping wild animals as well.

This title features a special license system as it is based in Australia, which adds a special touch to it distinguishing it from other games in the same genre. Trapping an Animal in Dinkum can be tricky as every animal has a different mechanic and requires special attention while trapping.

How To Unlock Traps 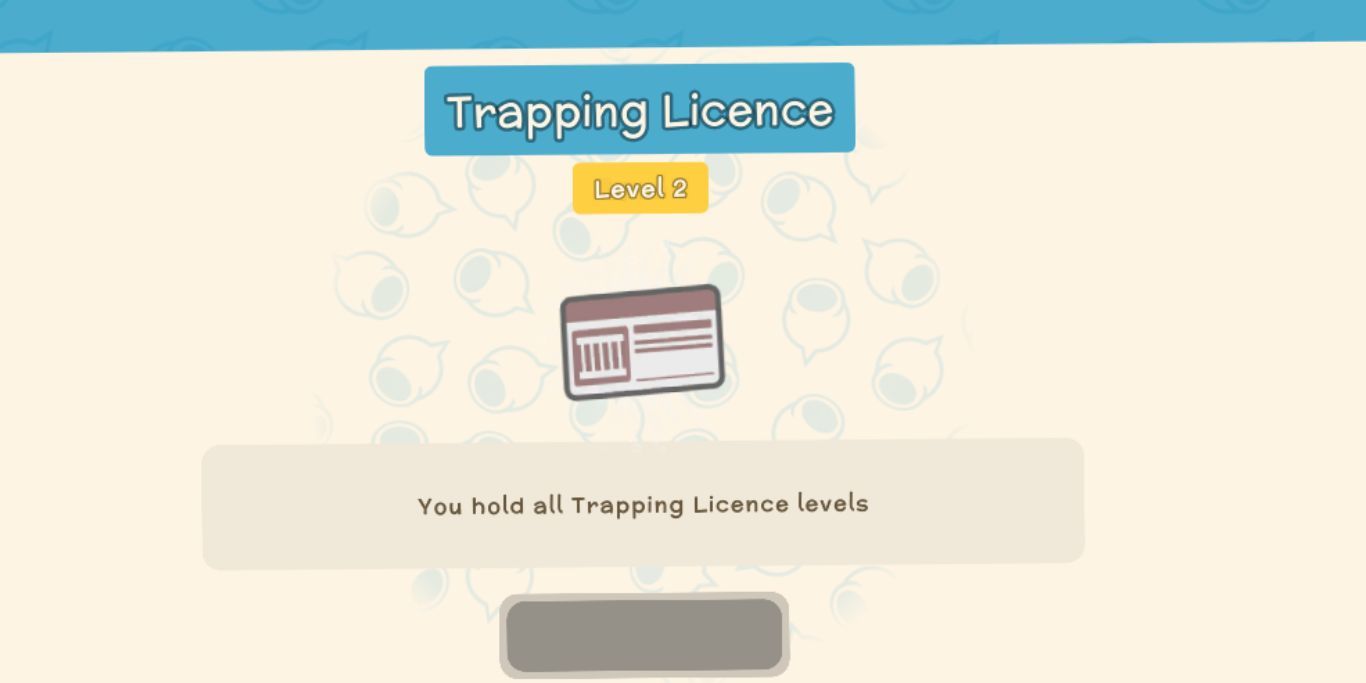 The first step to unlocking traps is to head to Fletch and ask her for a Trapping License. This will cost you quite a few tickets (500 Permit Points), so make sure you stock up on them first. Once you acquire the license, you will get blueprints for a Simply Animal Trap and an Animal Collection Point.

To craft these items, head over to your Crafting Table with one Tin Bar, eight Mangrove Sticks, and one Old Spring to get yourself a Simple Animal trap and two Palm Wood Plank, two Hard Wood Plank, and one Nail to get the Animal Collection Point.

You can only chop the hardwood trees after you get a copper Axe, so trapping isn't exactly an early-game mechanic. After unlocking the second Trapping License, you can make an Animal Trap using one Iron Bar, one Hard Wood Plank, and two Old Spring.

Upon trapping an animal, you need to deliver them to the Collection Point before they escape. Once they're delivered, they will fly up in the sky and the trap will be returned in your mail the next day with some Dinks depending on the animal.

Animal Traps can be placed and picked up whenever you want, but the Collection Point cannot be picked up once it's placed. So, make sure you choose the location wisely.

Once you have the required traps, you will also need some food for specific animals. Since the process of trapping every animal is different in Dinkum, let's go through them one at a time.

How To Trap Diggo, Scrub Turkey, And Kidna 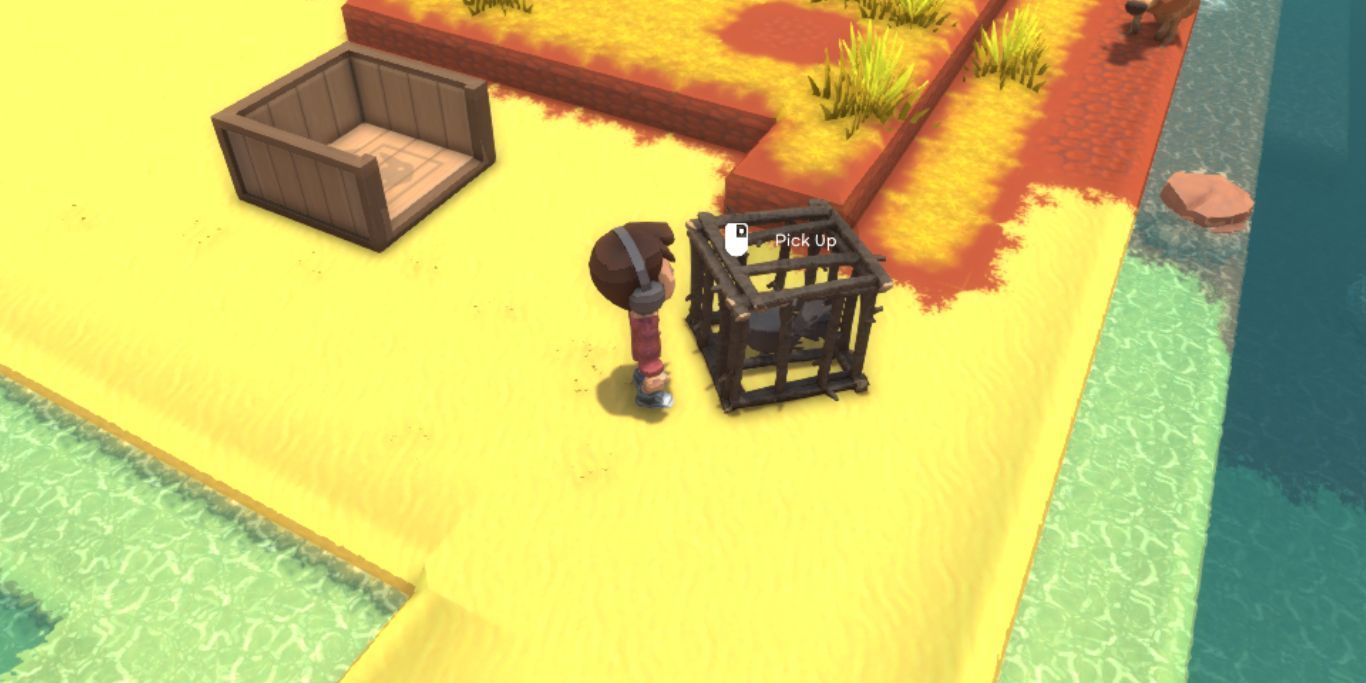 Diggo and Kidna aren't hostile to the character at the start. If you attack a Kidna, it'll fight you back, but Diggo doesn't fight back even after being attacked. Hence, the non-hostile nature of these creatures makes it quite easy to catch them.

Scrub Turkey will try to run away from you when you get close, but it's another non-hostile animal. To capture any of these, simply walk up to them and place a trap on their path. They will run into it and get trapped.

This animal doesn't struggle too much and can be carried for a long distance inside the trap. On the other hand, Diggo and Kidna will struggle out very fast even from the stronger Animal Trap. Make sure you have a Collection Point nearby while trapping these.

Diggo and Kidna remain non-hostile even after escaping the trap, and you also get the trap back. So, even if your Collection point is far, you can make a few trips to get them there.

How To Trap Magpie 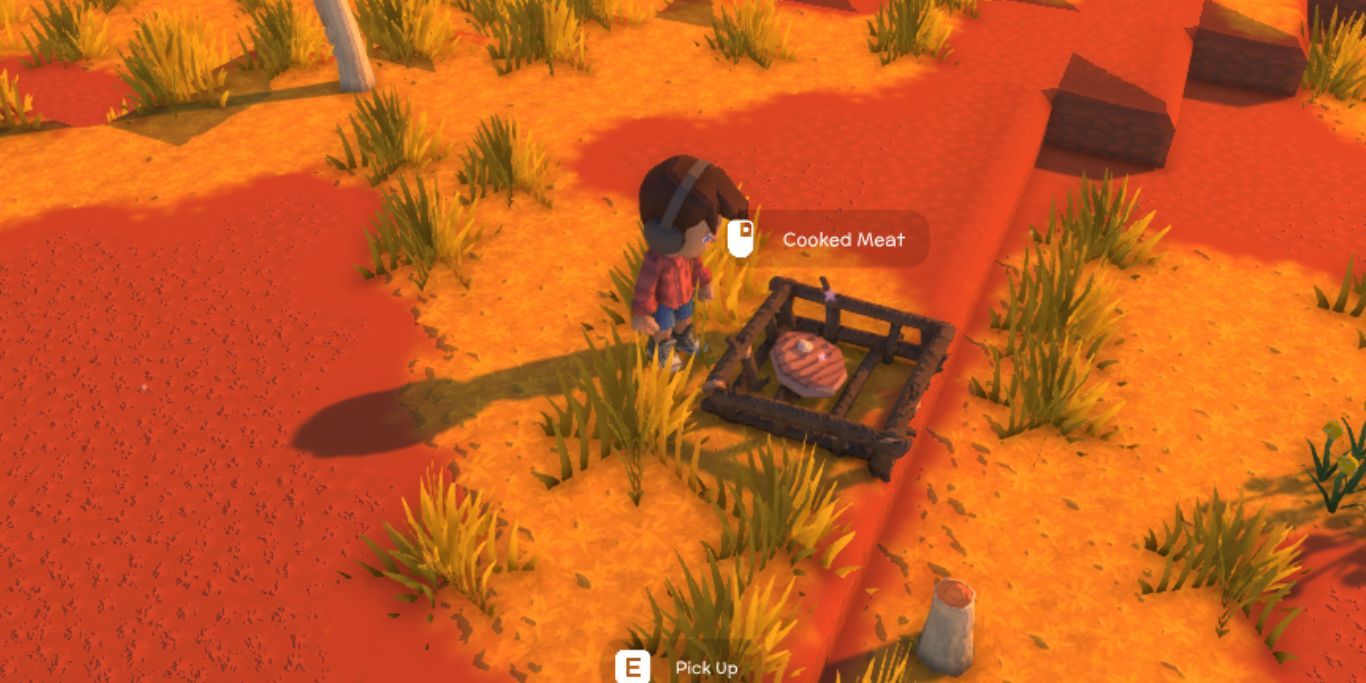 There are two kinds of birds in Dinkum and Magpie is one of them. This is the brown-color bird that you can find hanging around certain areas. The process to capture the Magpie is special as you have to bait them in.

When you see a Magpie, get a little close to it (not too close, or it will fly away) and place the trap on the ground. Now, to bait the bird, you need to place a piece of any kind of meat. It can be either raw or cooked. Then walk a few miles away from the trap.

A few seconds later, Magpie will fly to it and land right on the trap, capturing it. Most of the time, you will also get your meat back.

How To Trap Croco And Bush Devil 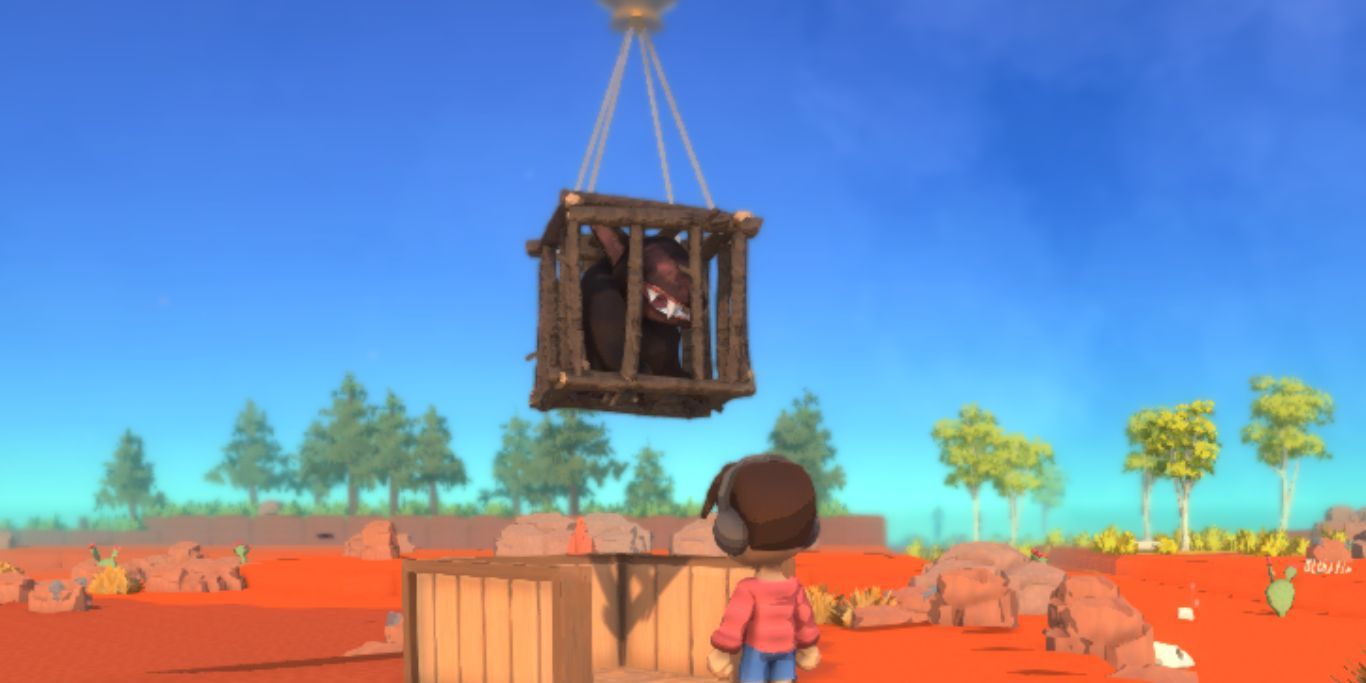 Croco and Bush Devil are likely the most dangerous creatures to trap in Dinkum. This is because they are very hostile and attack you on sight. Ironically, their aggressiveness is what you use against them while trapping them.

It is important to have a Collection Point nearby when you're trying to capture these animals. When you spot a Croco or a Bush Devil, place the trap near the Collection Point and then go near the animals to aggro them towards you.

They'll follow you so bring them to the trap and make them run into it. Once they're trapped, hurry up and put it on the Collection Point before they break out of it, as they will instantly attack you again.

Croco and Bush Devil provide the most Dinks when you deposit them on the Collection Point. Croco gives you around 9,000 Dinks while Bush Devil gives you 12,000. So, going through the process of capturing them is definitely worth it.

How To Trap Jackaroo 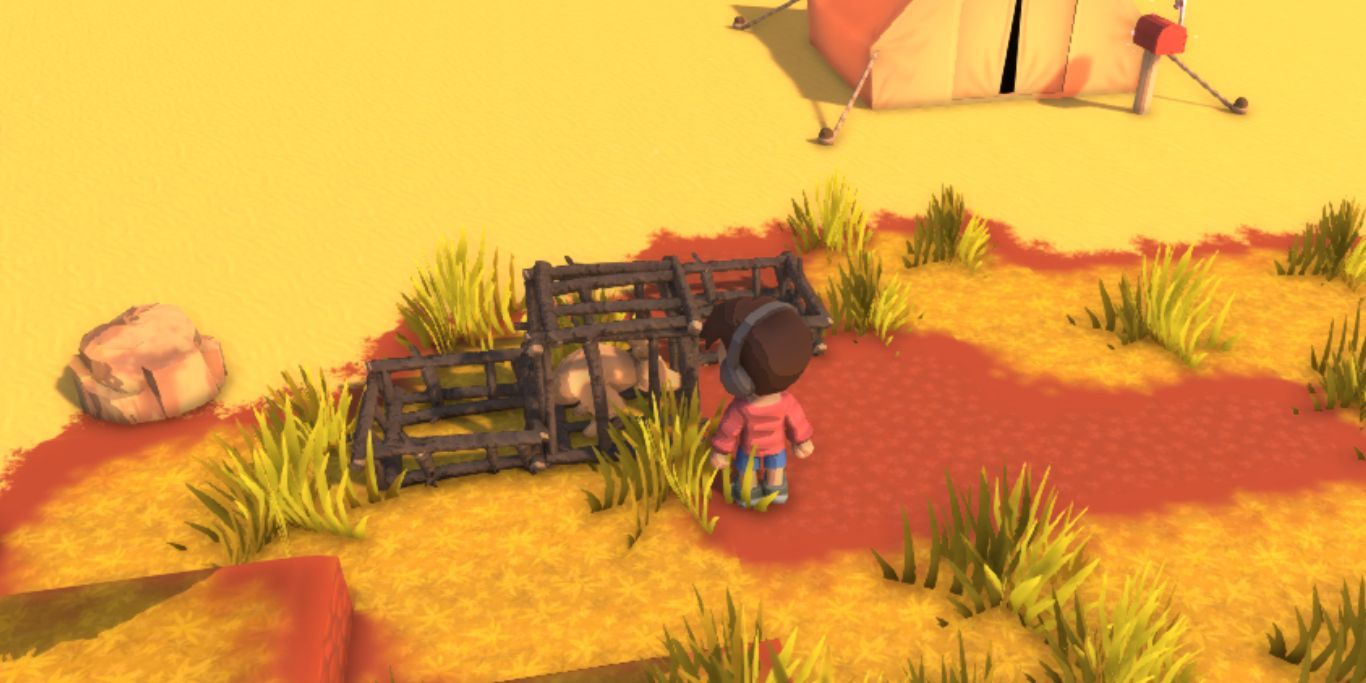 Jackaroo can be one of the more annoying animals to trap as they run away as far as you get anywhere near them. While the trick to trap them isn't particularly hard, the job gets a lot easier if you have multiple traps in your possession.

When you spot a Jackaroo, place two to three traps in a straight line and then rotate around to the other side of the animal. Make sure you do this from a safe distance, so it doesn't run away. Now, simply run towards them from that direction, so they have to run towards your traps and get captured.

Usually, going through the hassle to capture a Jackaroo isn't worth it. But, sometimes you can get requests that give you a higher reward for depositing them.

How To Trap Mu And Wary Mu 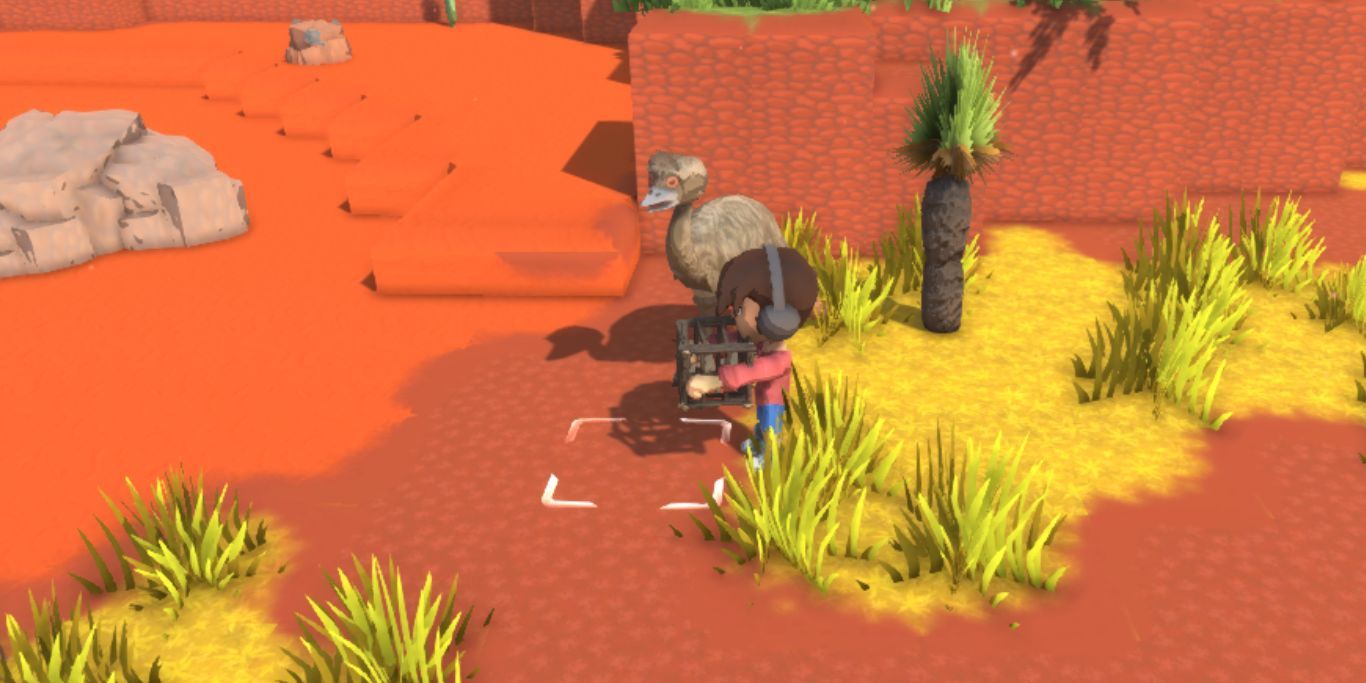 Mu and Wary Mu are different versions of the same animal, and they're also found in different places. Mu can usually be found in Desserts, Bushlands, or Beach areas while a Wary Mu is found specifically in Pine Forests. Their behavior also differs quite a lot from each other.

A normal Mu is brown-colored, and it isn't hostile to the player at all. Similar to Diggo, these animals will just exist near you. They won't run away from you either. This makes trapping these creatures really easy, but there is a special tip for them.

To trap a Mu, simply place a trap in its path, and it will run into it. With the size of this animal, you would think that the stronger Animal Trap is better to capture them, but that's completely wrong.

If you trap a Mu with the white Animal Trap, they will struggle and break out of it quickly. On the other hand, if you trap them using a Simple Animal Trap, they seem to accept their fate and not struggle at all. So, use these traps for this animal to have an easier journey while carrying them to the Collection Point. 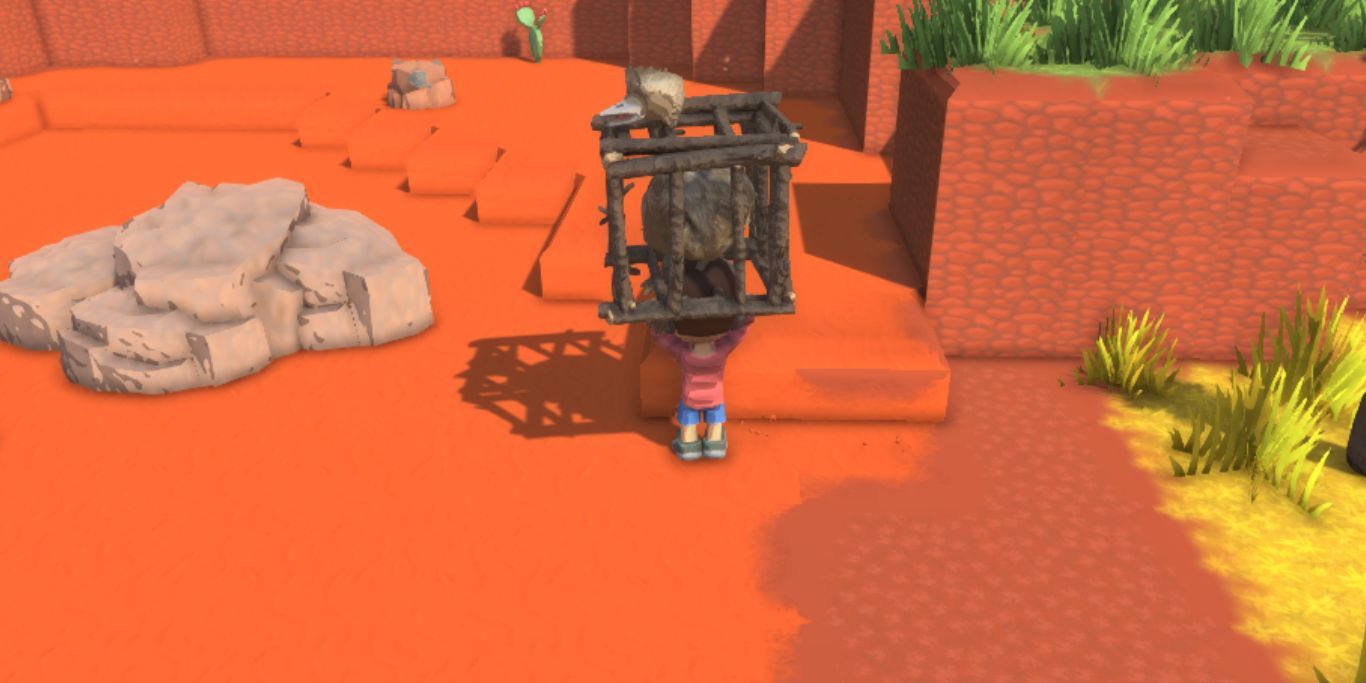 On the other hand, Wary Mu is extremely hostile to the player and they will follow you for a long time once you get their attention. To trap these, make them follow you and run them into a trap placed near the Collection Point. These animals will struggle no matter what trap you're using.

How To Trap Cockatoo 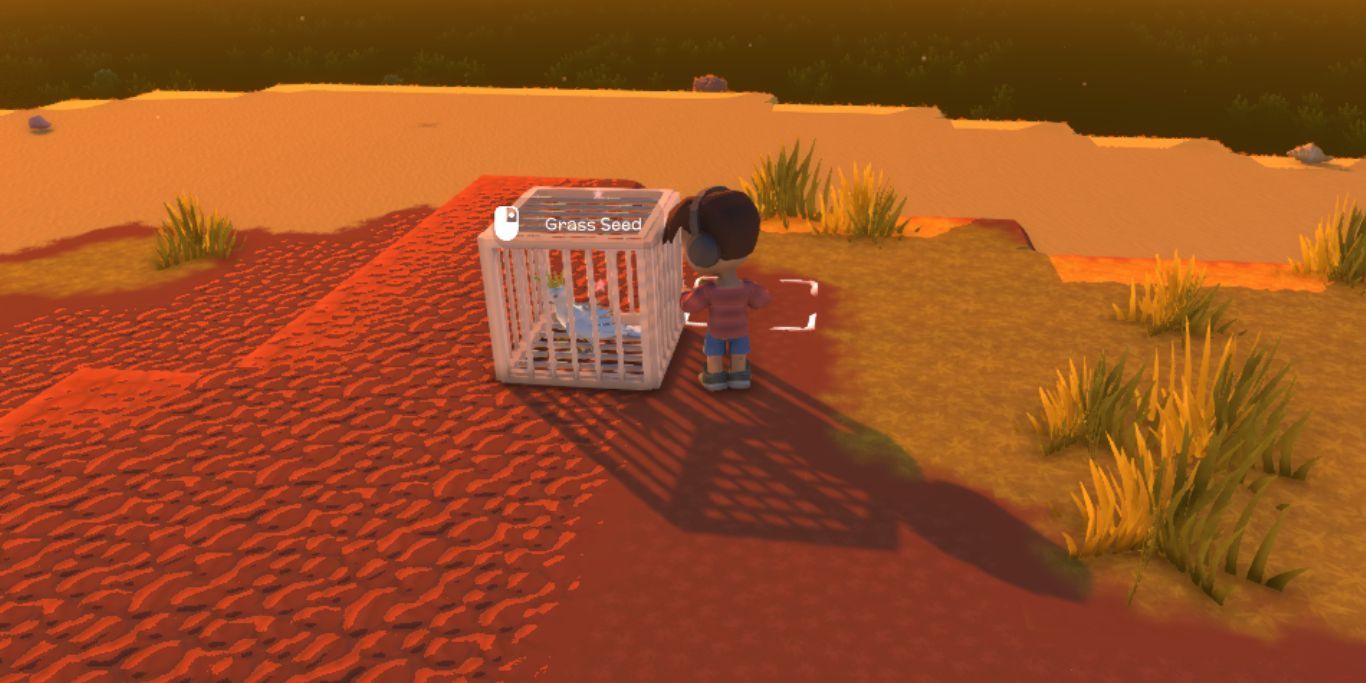 The Cockatoo is the beautiful white bird on the horizon of Dinkum, and it is the hardest animal to trap. This is because, other than their special food preference, these are also very smart creatures who are well aware of their surrounding.

To trap a Cockatoo, you will need Grass Seeds and the White Animal Trap. This is because, if you use a Simple Animal Trap, they will just walk up to the trap and eat the seed, without ever getting inside the trap.

Once you have the required items, find a Cockatoo and get a little close to them. Place the Animal Trap down and put a Grass Seed in it by pressing the drop button. Now, run away from the trap and wait for the bird to land on it.

Trapping a Cockatoo can be a tedious process as sometimes they completely ignore the trap and the seed even if you have placed them correctly. This animal needs a lot of patience and determination for trapping.