DNF Duel: How To Use Training Mode To Get Better

DNF Duel has a metric ton of things you must pay attention to at any given moment in any match-up, making things incredibly difficult to handle, especially if you are a newcomer to the genre or sub-genre of anime fighting games. Fortunately for you, DNF Duel is packaged with a Training Mode with everything you need to improve your play.

Whether you're trying to figure out new combo routes, how to counter specific attacks, or when someone's turn actually ends, you can get your answer by heading to the lab and testing it yourself in the game's Training Mode. This system is also an excellent way to see how each character works without having to get bodied by them online, taking the pressure and frustration off you. 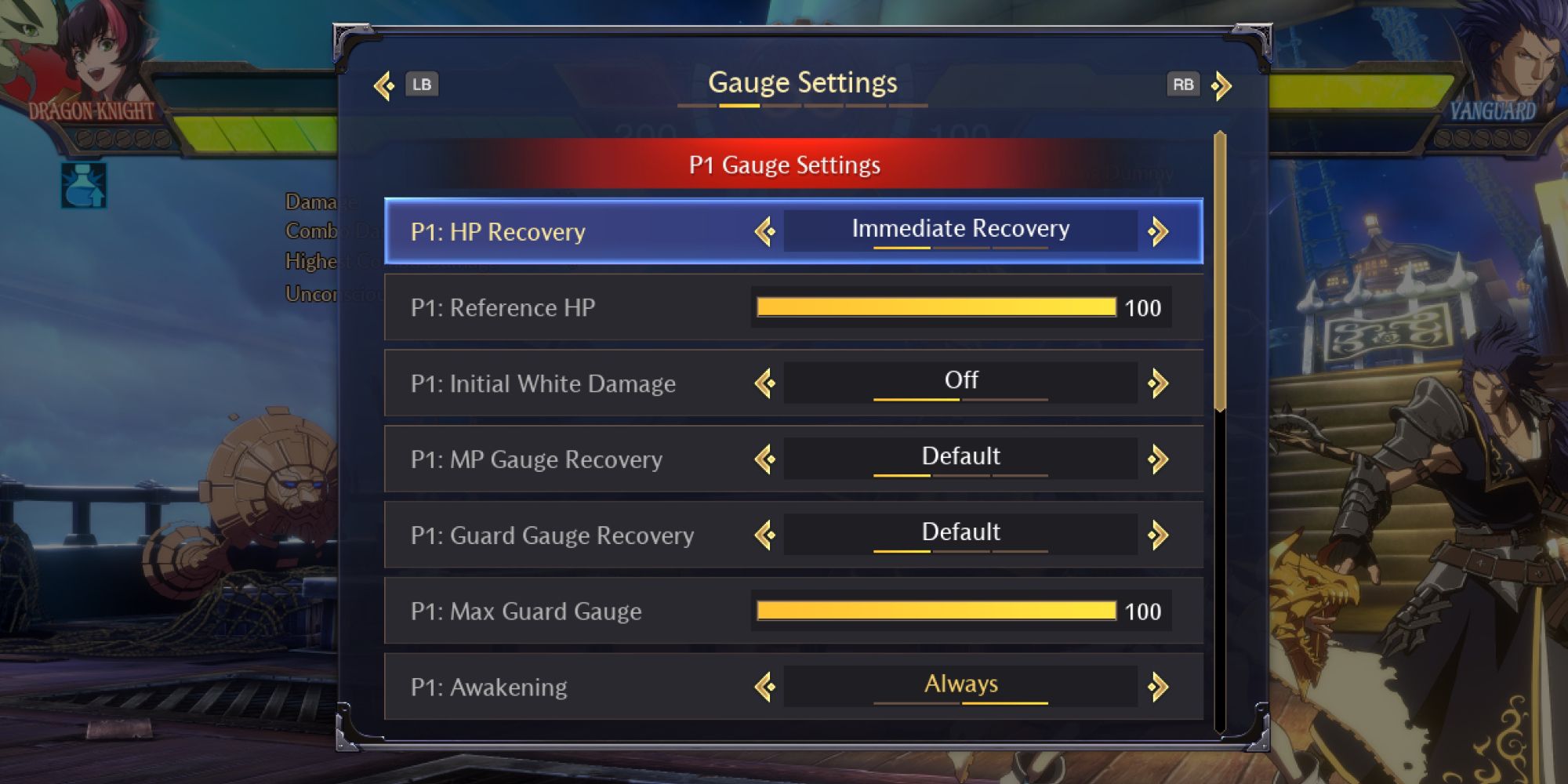 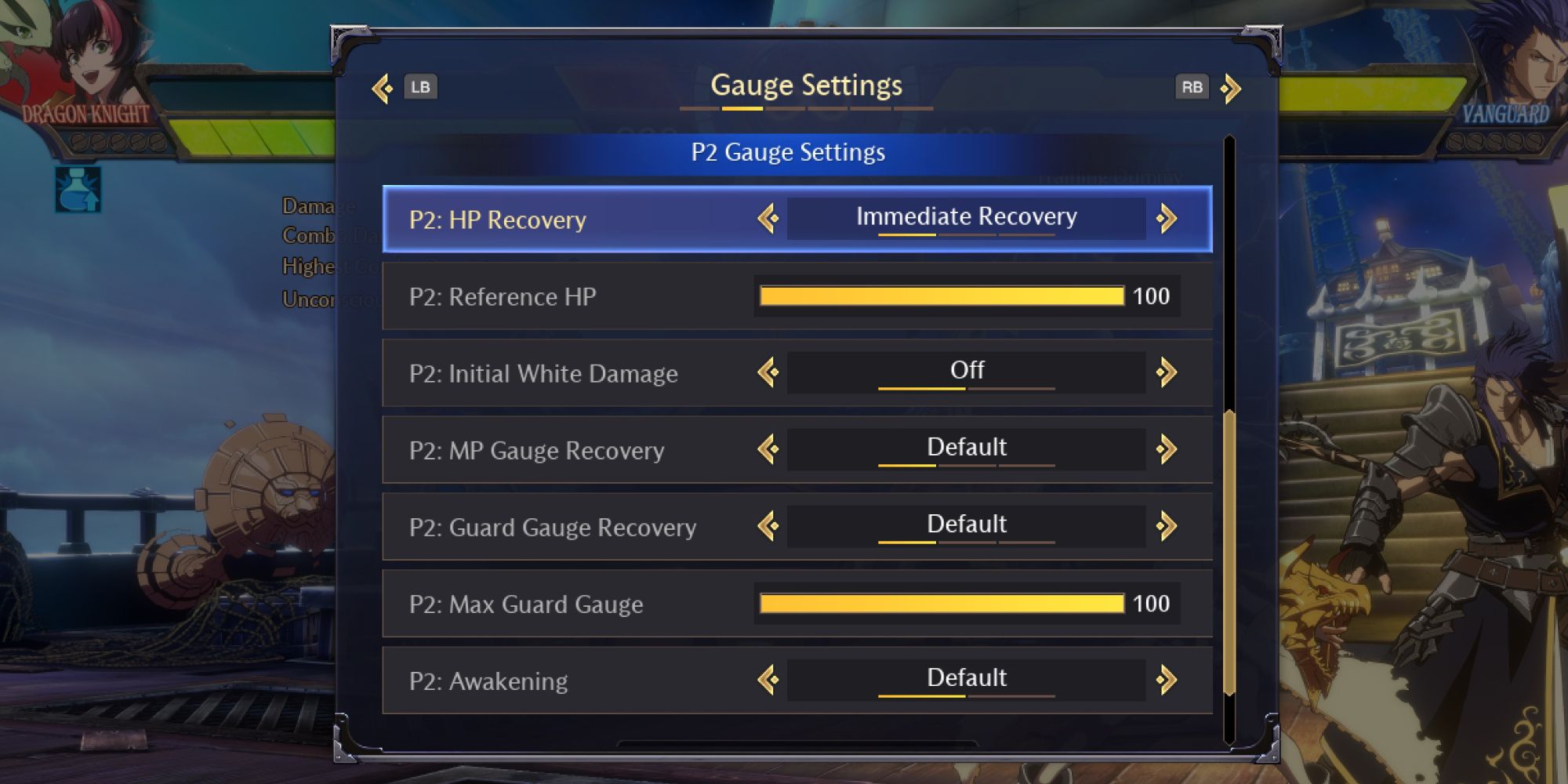 One of the first menus you will be presented with when navigating the additional settings you can adjust in Training Mode will be the Gauge Settings for both you and the Training Dummy. These settings are a crucial part of Training Mode, allowing you to place yourself or your opponent in various states to test what's possible in critical or specific scenarios. As most rounds in a match drag on, you will get exposed to several of these effects, making it essential to understand what they are and how to capitalize on them.

The Awakening mechanic is DNF Duel's "comeback" mechanic, granting you a Super Ability and a Passive Skill whenever you have thirty percent (or less) of your HP remaining. Every character will have their own unique Awakening Skill and Passive Awakening Skill, which can be quite complex to keep up with if you are a beginner to the game. Training Mode will give you the tools to see precisely how each character's Awakening Effects work, allowing you to change your playstyle to counter their newly applied buffs accordingly.

Additionally, not every Awakening Skill (AS) is created equally. Some can be executed from a safe distance, some can hit OTG (On/Off The Ground), and others have a laughably small hitbox, making it so you have to apply them in specific ways or risk whiffing your chance to turn the tides in your favor. Practicing how to weave your AS into combos or hit confirms is critical for success. Training Mode is the perfect way to do this as, with a simple flick of a switch, you can place yourself into a permanent Awakened state, allowing you to come up with several routes, attack chains, and confirms for your AS.

Next, we will focus on one of DNF Duel's most complex mechanics: White Damage/Health and Conversion. If you are familiar with Guilty Gear Strive and its Red Roman Cancel mechanic, this acts similarly but has a far greater risk/reward and needs to be executed in specific, strategical ways, or you will place yourself in an early grave.

In addition to placing yourself in an Awakened state, you can also give yourself White Damage (AKA: White Health), which helps test DNF Duel's "Conversion" system and push it to its limit. Conversion refers to converting your current White Health (which gradually restores overtime) plus an additional five percent of your overall health to cancel your current action and regain some of your MP.

Regarding Training Mode, we strongly urge you to give yourself White Damage and find ways to weave the Conversion mechanic into situations you constantly find yourself in during match-ups. The ability to suddenly cancel out of an attack, regain Mana, and launch into a much stronger move opens the door to nearly endless possibilities. You will quickly learn that you can extend combos in comically drawn-out ways or use it to mix up your opponent in critical moments and much more!

All A, B, and S moves can take advantage of the Conversion mechanic, while only a handful of Mana Skills (MS) can. Furthermore, Converting Awakening Skills (AS) is also not possible.

The last Guage Setting we would like to take a closer look at is Guard Damage, or more specifically, DNF Duel's Guard Crush mechanic. While rare, you can Crush your opponent's Guard if they are blocking too much and refuse to go on the offensive, allowing you to get an uncontested hit that can lead to a full combo.

So, why focus on this mechanic if it rarely happens? The reason is simple; some characters have many plus-on-block attacks, meaning they still have the advantage when their attack ends, allowing them to follow up with another attack to keep pressure on their opponent. This enables some characters to focus on placing their opponent into blockstrings, making them Guard through several phases of attacks looking for an opening or chance to breathe, allowing you to empty their Guard Guage.

If you play a character that has several plus-on-block actions or focuses their entire gameplay around placing their opponent under inescapable loads of pressure, we strongly recommend messing around with these settings. This will allow you to find a way to put your opponent in blockstrings or positions where you force them to make a decision or have their Guard Crushed.

On the flip side, you can also put your own Guard Gauge under heavy stress and simulate situations where you may be forced to make a split-second decision to avoid having your Guard Crushed. As mentioned already, some characters thrive on putting you under suffocating amounts of pressure or seemingly neverending blockstrings, so jumping into training mode will allow you to find clever and optimal ways of avoiding a potentially fatal situation.

For a more in-depth look at the Systems and Mechanics in DNF Duel, check out our guide breaking all of them down here! 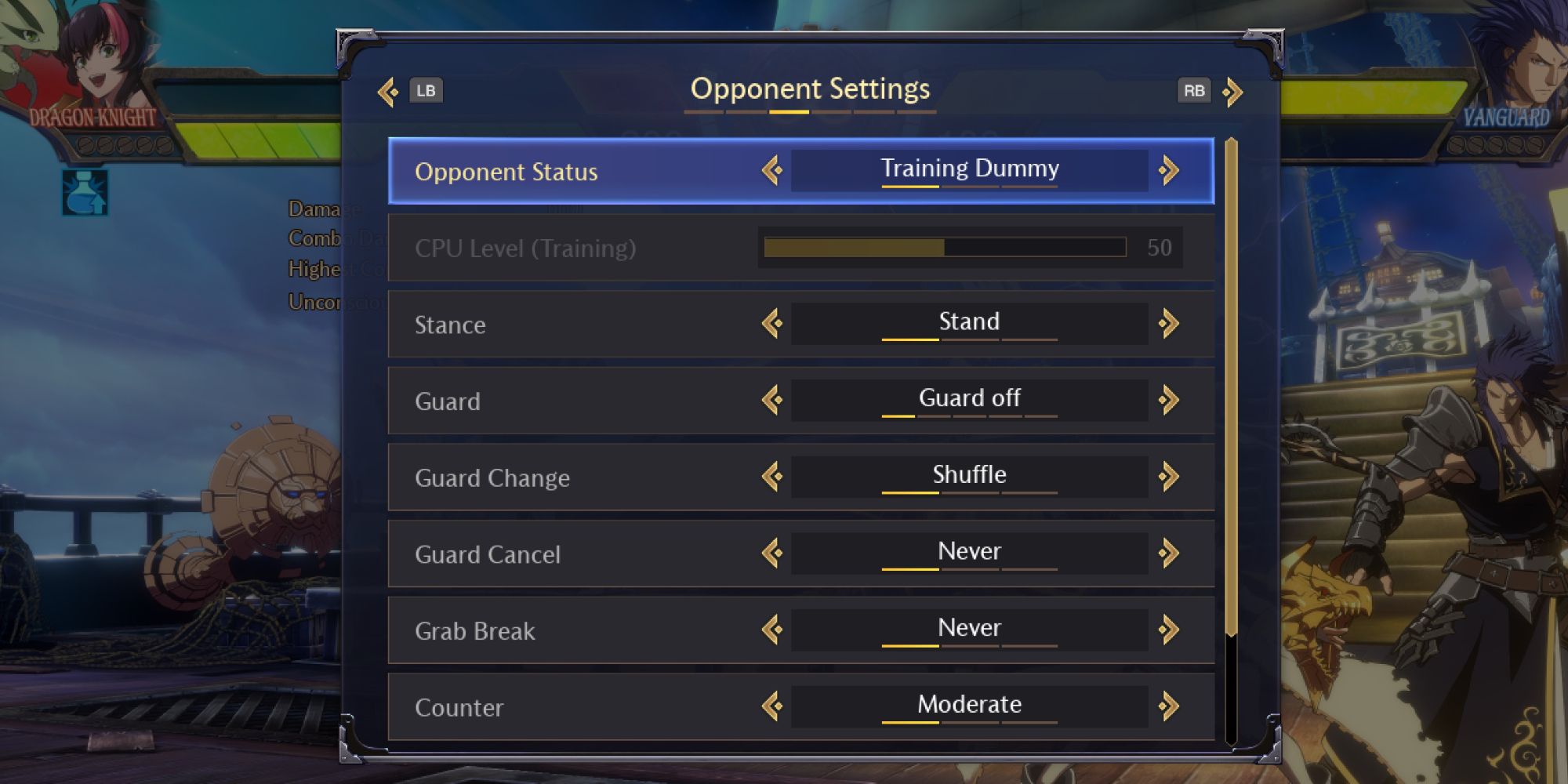 Now it's time to move onto Opponent Settings, which allows you to manage what the Opponent/Training Dummy does in Training Mode. There are several options and sliders here for you to tinker around with, allowing you to hone in on a specific problem you may be struggling with in match-ups.

Changing the Opponent Status allows you to switch from a Training Dummy to a CPU-controlled enemy to even a player-controlled one. While you won't use this much, it's to be able to face a CPU without having to back out to the main menu to go to the offline modes. Additionally, controlling your opponent allows you to move and place them in spots where you might be trying for combo setups, reversals, and more.

The Stance option will allow you to make your opponent stand, crouch, or jump in place, allowing you to practice several scenarios or situations. We recommend using this feature often, as you can find several ways to open your opponent up based solely on their position, which will naturally broaden your playstyle and positively affect how you approach each situation. For example, if you place your opponent in an always crouched position, you can find ways to land overhead attacks to confirm into attack strings. Having them always jump will help test anti-air attacks into aerial combos and much more.

You can adjust three separate tabs regarding how your opponent Guards in Training Mode, which will help you prepare for situations where your opponent may be blocking to bait specific attacks out or stuff strong abilities. The first Guard-based setting is simply called Guard, which allows you to do the following: