Dracthyr Evoker Is So Good, I’m Ditching My WoW Main After 10 Years

I never understood why you’d want to play anything other than a Beast Master Hunter in World of Warcraft. In terms of class fantasy, it can’t be beat. You get to run around Azeroth, tame all the exotic creatures, turn them into pets, and make them fight for you while you stand back and shoot a rifle. I know mages can make portals to anywhere and druids can transform into animals, but my hunter has a pet T-rex and a gun.

In terms of power level, once again, the hunter can’t be beat. It’s been the most consistent top-tier DPS class since the earliest days of WoW, while also remaining one of the easiest to play. Frankly, I think it’s weird that you’d play anything else. Believe me, I’ve tried it. I’ve leveled Outlaw Rogues, Arms Warriors, Balance Druids, and Frost Death Knights, and every time I come running back to BM Hunter. Why would I stand still while I fight when there’s a class that can move and shoot (a gun) at the same time?

I’ve spent ten years stacking Barbed Shot and hammering Bestial Wrath on cooldown, thinking I’d never give up the Hunter life. But last night, after just one hour with the new Dracthyr Evoker class, I’m ready to throw it all away. It took surprisingly little to change my mind if I’m being honest. The moment I got into the character creator I turned into Andy dropping Woody in the garbage, except instead of a porcelain cowboy, it’s a Mag’har Orc named Glorp.

There’s been a lot of improvements to the WoW character creator over the years, but they really outdid themselves with the Dracthyr. There’s a dozen options for every possible detail, from the curve of its horns to size and shape of its scales. You can add spikes and fins almost anywhere you like, and even layer on armor. When you’re done, you also get to create their visage, which is the human-like disguise they use outside of the Dragon Isles. It’s a lot of fun creating what your Dracthyr would look like as a human, and since they keep their horns and scales, they’re a lot more interesting than the regular elf and human races. With the Dracthyr, you get both kinds of WoW characters at the same time: the monstrous, beasty kind, and the sexy six-pack kind. I normally give my characters silly names, but I named my Dracthyr Tashalon because it sounded like a cool dragon name, and now I think I have a crush on Tashalon. 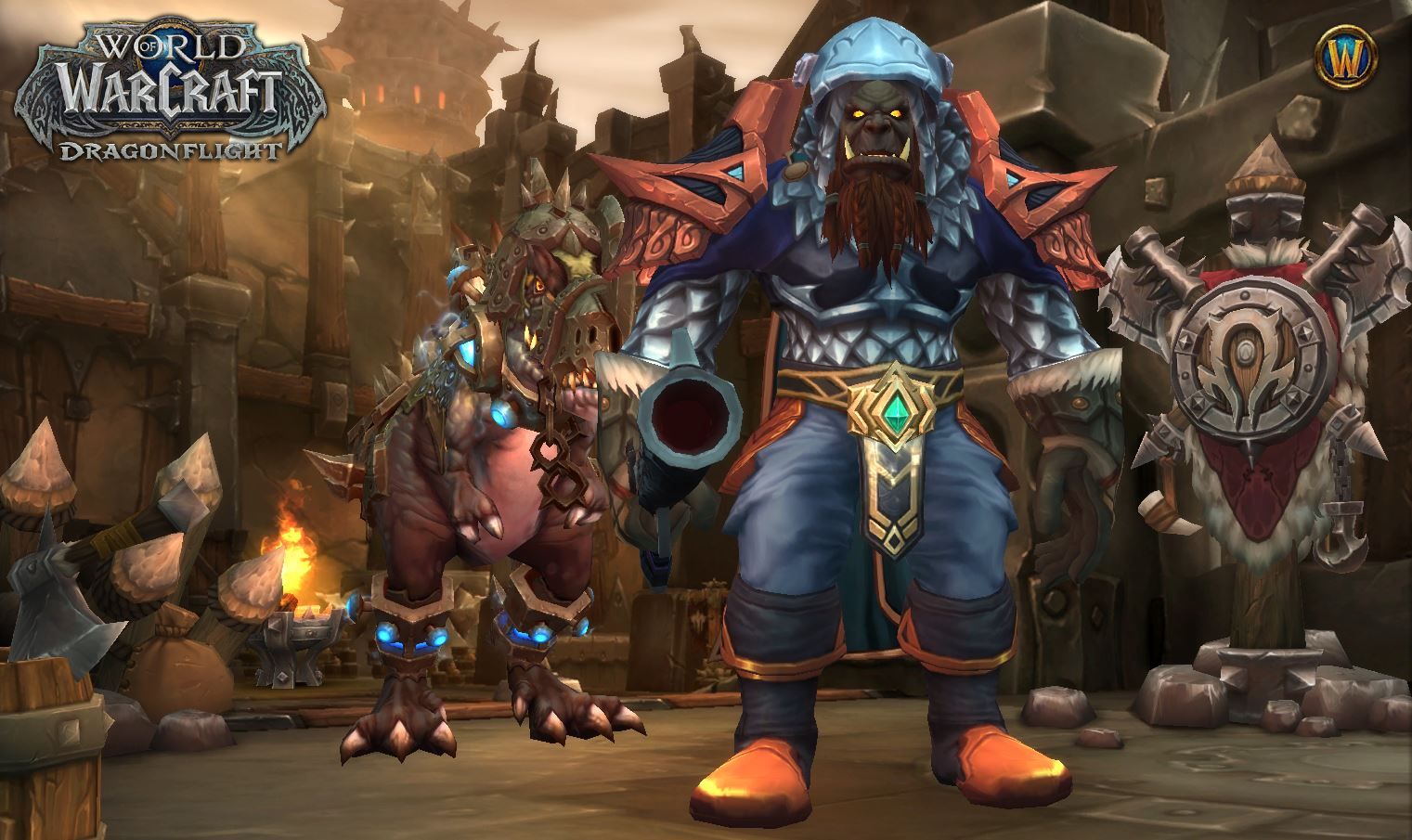 But what really sold the Dracthyr for me was the Evoker playstyle. Once again, I’m wondering why anyone would want to play anything else. Evokers are casters, similar to mages, but they’re so much more than that. While other races and classes are interchangeable, the Dracthyr can only be Evokers, which means their form and their fighting are intertwined. They can bat their wings to knock enemies away or swipe their tails to fling them into the air. They can fly over the top of a group of monsters and breathe fire down on them, and they can hover in the air while they cast devastating spells. I thought walking while shooting was pretty cool, until I discovered hovering while casting a fireball. Their most impressive ability is Soar, which allows them to launch themselves into the sky and fly to distant locations. In terms of mobility, no other class can even compare. Demon Hunter and Druid have always been the quick-moving classes, but who cares about double jumping and gliding when you can just fly from one quest marker to the next.

I don’t know where the Evoker lands on the DPS charts and I haven’t had time to master the rotations, but at this point I can't see myself playing any other class, even if it's a subpar damage dealer. I never thought any class could be cooler than the BM Hunter, but then Blizzard went and made a sexy dragon man that flies. Thank you for your service Glorp, but I don’t think I want to play with you anymore.