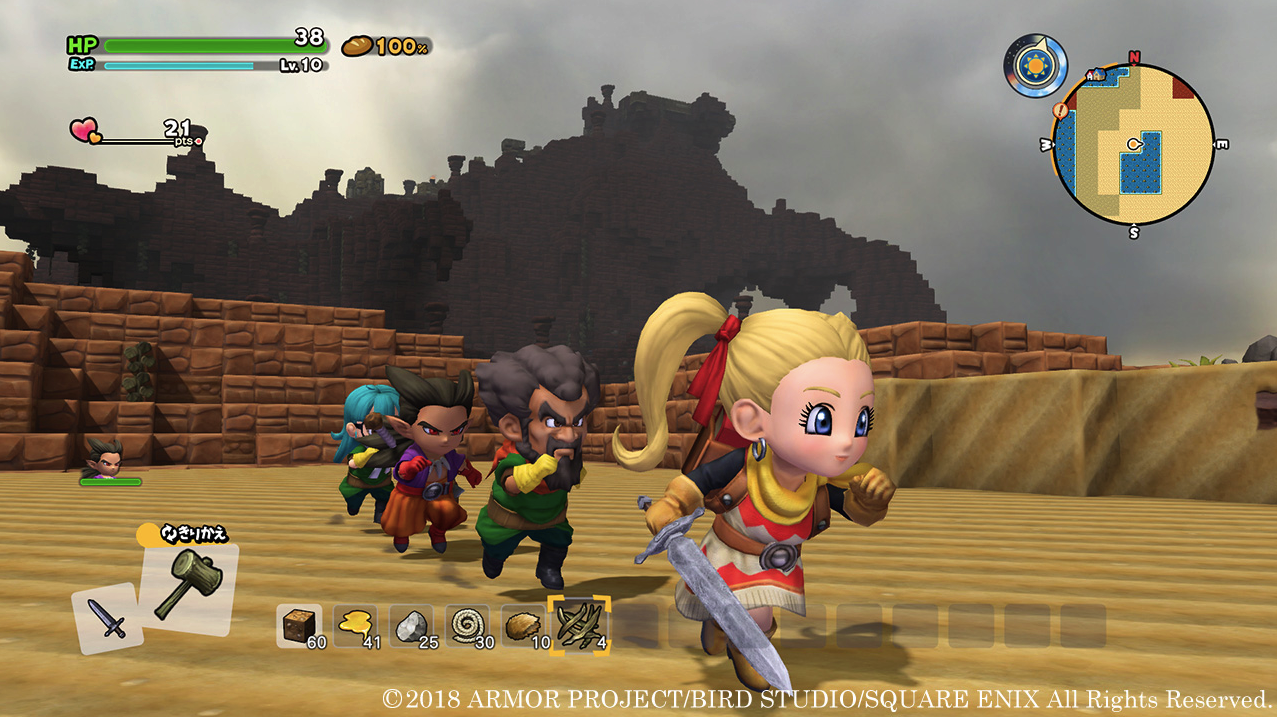 “Rather than kind of carry on and create like an extension of the story, it was mainly focused on the kind of party aspect of it, so to speak, because if you recall back to DQ2, that’s the first key game that introduced party characters. And so we wanted to build an experience around all this friendship.”

On the inspiration behind the Builders series – the developers were clear that the initial jumping off point was Minecraft, which they described as “amazing and quite innovative.”

From that, the team wanted to figure out how to blend that experience with the storytelling of JRPG’s – specifically within Dragon Quest. 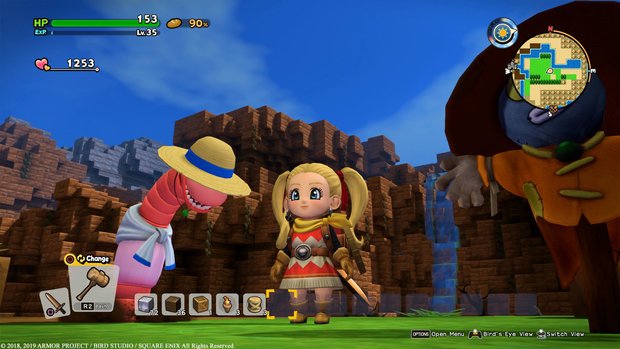 “The game evolving into a series was quite unexpected and it’s all based on the response that the team received from players of the previous instalments.”

After talking about inspirations and features I moved onto localization – I talked about how its fun to play Dragon Quest games as a British person given the breadth of dialects available – lines are often shared as in-jokes online and the world is given a charming European vibe thanks to this intricate localization. I asked the developers what they thought about this aspect of the series and why they think it’s such a defining feature for Western players.

“From the original Dragon Quest, the series was built off of creating a world that was based on Medieval Europe – which is why when we were localizing games into English they felt like it was natural to kind of have the basis be British,” said Fujimoto.

“When you look at a lot of our mainline numbered titles, that’s where we’ve really kind of built out our know-how on localization in general. So when you look at, you know, Dragon Quest 4 that’s really kind of where we started experimenting with different types of dialect like Russian, type of American English or whatever it may be – based on the world map and the other regions you were in. And so, of course, we see an improvement and evolution in the localization through the mainline titles – our experience there been utilized in mobilizing builders as well.”

The developers then stopped to ask me if I thought they were going too far with the localization, is it too heavy on their part? To which I told them no! And explained how brilliantly representative it is to hear broad Scottish and Welsh accents in a JRPG where you often just hear bland American or British English in the West. They continued:

“It’s kind of like tradition for all of our titles. And so in terms of the releases, you know, obviously, ideally, we would like to release simultaneously across all regions. But we also don’t want to kind of lower the quality of the localization. And so in that sense, we’ve been making every effort possible to minimize the gap.”

Fujimoto chimed in -“We all know Yorii-san is a strong writer, and he loves to, you know, incorporate a lot of play on words. And those are quite specific to Japanese. But in order to bring that essence over to different languages – that’s where we really place importance when localizing the Dragon Quest games.”

As we were wrapping up the interview, the conversation turned towards a potential PC release. Niinou was clear – “We know there are demands for a PC version – of course we’d love to continue to take customer feedback and listen to what players are saying and make considerations, but first and foremost, we’d love for everyone to play the game on Switch and PlayStation 4.”

Of course, Builders 2 is already out in Japan as of December 2018 – but the team are clearly hard at work localising it ready for its Western release. If you’re ready to jump in at a moment’s notice – Dragon Quest Builders 2 will be available for purchase on July 12 for PlayStation 4 and Nintendo Switch!