Dreams Is An Important Game

The early access version of Dreams has been out for nearly a week now. You can read my continuing thoughts on the game’s systems and creation suite here, but I wanted to take some time outside of that piece to talk about why, after spending a lot of hours with Dreams, I think it’s a significant game, one that could have a real-world impact on people and in the industry – if all the pieces fall into place.

Dreams is not the first of its ilk, a suite of tools packaged as a game dedicated to letting players create. The Movies, Project Spark, Little Big Planet and a host of other games serve as Dreams’ predecessors. However, Media Molecule’s latest has over seven years of development invested in it, Sony’s funding, and a unique structure that gameifies the social media subscriber structure of Twitter and YouTube.

That social structure, called DreamSurfing, lets players search for content that creators in Dreams have made (video games, levels, movies, and so on) to enjoy. Creators build followings based on their creations (already users like Brantore, X_Disarmed_Pro, and Lidas are gaining attention from the community), and consumers have a wild world of content available to them at the press of a button. Indeed, Dreams’ strongest feature is the sense of discovery.

Back in 2000, I used to lose hours of my time to finding and installing total conversion mods for the original Half-Life. There was a sense of exhilaration as I scoured page after page of Geocities fan sites, downloading the likes of Neil Manke’s USS Darkstar and They Hunger, Scientist Slaughterhouse, and (of course) Counterstrike. There was a universal sense of creation and celebration of creation in that community. These modifications were the design of people in their free-time, often done for no other purpose than to create things that people would enjoy and the pride that goes along with that. 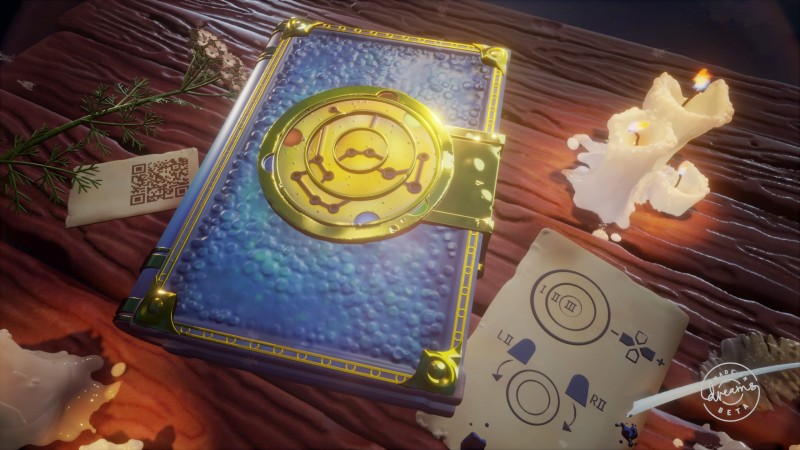 In Dreams, I feel that same sense of joy, both as a consumer and creator. I don’t mean that in a nostalgic sense, either, but instead as a living-in-the-moment reaction. In its current state, Dreams feels like a Wild West. There are fascinating (sometimes broken) snippets of games in there, including Doom-inspired first-person shooters, haunting exploration games, and goofy platformers. All of these are creations that took weeks. Some of them are rough in terms of how they handle or look, but they function as great proofs of concept from people who are still learning the toolset. I get excited just thinking about what a seasoned and coordinated team of people could make with Dreams a few months from now. Fully-functional games? Gripping movies? The tools are there and people have demonstrated they’re able and willing to use them to create impressive works. Now all Dreams’ community needs is some time to grow as creators, which his also part of discovery.

Learning how to create in Dreams isn’t a laborious task. Creating levels or actions in other engines can be a dull exercise in trial and error, often a matter of tweaking code until the action you want performed is in the right language. Trial and error is still a part of creation in Dreams, but the ability to walk around your world, flipping through gameplay and development seamlessly, as well as the visualization of the tools at your disposal makes everything feel like a puzzle. Instead of reading lines upon lines of code in search for an error or a formula that needs tweaking, Dreams encourages its aspiring developers to think about what gadgets to use and how to organize them. Do you need a non-playable character to go from point A to B? You can animate them and record the animation to play at will during a gameplay session so they go to the point, or you can make a teleporter for them. There are some minor hiccups with glitches and such, but that’s to be expected in early access for something as ambitious as this. The options at your disposal are many, and many of them intersect. Finding the necessary elements to make the thing you want to happen in your game isn’t a chore but instead the slow-but-sure discovery that you are capable of creating the things that you have always wanted to make; that game design isn’t some magic language understood only by those who have spent years learning it.

Dreams’ underlying philosophy is that game design is for everyone. For years, the pathway to working as a game designer has been advertised as such: You go to school to earn a degree, move to an expensive city  to work a stressful job and participate in a rat race that probably doesn’t speak to your talents, just to live out what people say is a dream job. However, what I like about Dreams is that its existence shouts that there is another way – Dreams is a manifesto as much as it is a toolset. During our cover story trip, creative director Mark Healey said, “It’s easier now to get into the games industry with universities and such, but not everyone has the opportunity to go to university for whatever reasons. So I just really like that someone who’s managed to get their hands on a PlayStation 4 and a copy of Dreams has the potential make the next massive triple-A game or really exciting film.” 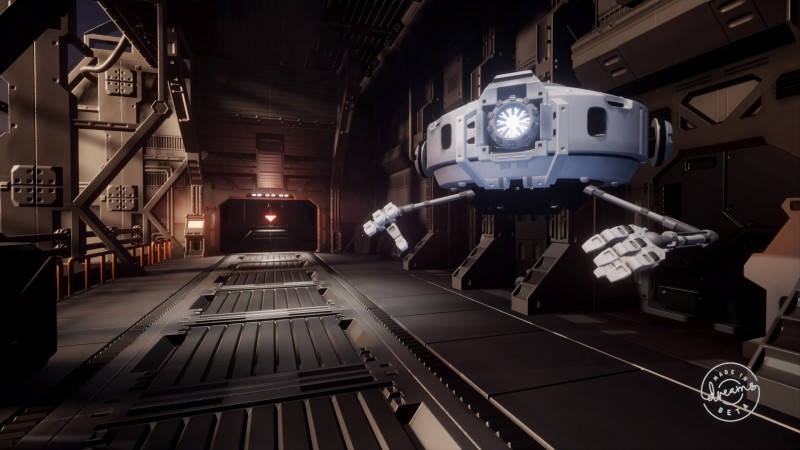 Having seen Dreams’ success as a toolset and content-sharing platform in the past week, I’ve come to believe that the toolset is indeed powerful enough to live up to Healey’s dreams. However, as with most live-services and creation tools, the success of Dreams depends almost solely upon the community of creators and consumers. Will people stick with Dreams long enough for the toolset to produce engaging and incredible games? Will they lose interest? Will they be intimidated by the tools and give up? A lot can happen in the next six months, a time that Dreams’ place in the current landscape of games will be largely determined.

Despite my habitual cynicism, I find myself hopeful about Dreams’ future. I believe that if you give people a toolset such as this and make it as accessible as possible (as Media Molecule has), that creators will be drawn to it and will find ways to make incredible things. Media Molecule has also expressed interest in finding some way to put Dreams’ creations on the store, so that could possibly give developers some monetary compensation as well eventually. Admittedly perhaps I cling to hopes about Dreams’ future given the recent rampage of bleak news about industry ethics, where development studios abruptly close their doors without even offering employees severance, where profitable companies fire literally hundreds of people while their CEOs rake in millions of dollars. In the pursuit of the bottom line, the giants of the gaming industry continue to mistreat the talented creative minds who make their business possible. A detailed toolset like Dreams puts more development power in the hands of creators at all skill levels, hopefully engendering a passion in budding designers while also making detailed creation possible for people who are talented with such tools.

For more on Dreams, check out our cover story on the game here.