In this guide, we will go over The Black Widow Side Quest and cover the consequences of all the choices you will face during the quest. Once you have played through the story campaign of Dying Light 2, you can now focus on the side quests of the game and find out more about the people of Villedor.

Jolly is concerned for her father since he has been in a relationship with Elena. Elena is known for stealing money from her boyfriends and then poisoning them. Jolly wants you to meet up with Josh, Elena's ex-boyfriend, and investigate the secrets she is keeping in her apartment. The Black Widow quest will unlock after completing The Lost Light / Cathedral main quest. Talk to Jolly on the PK Floating Fortress in The Wharf to start the mission. 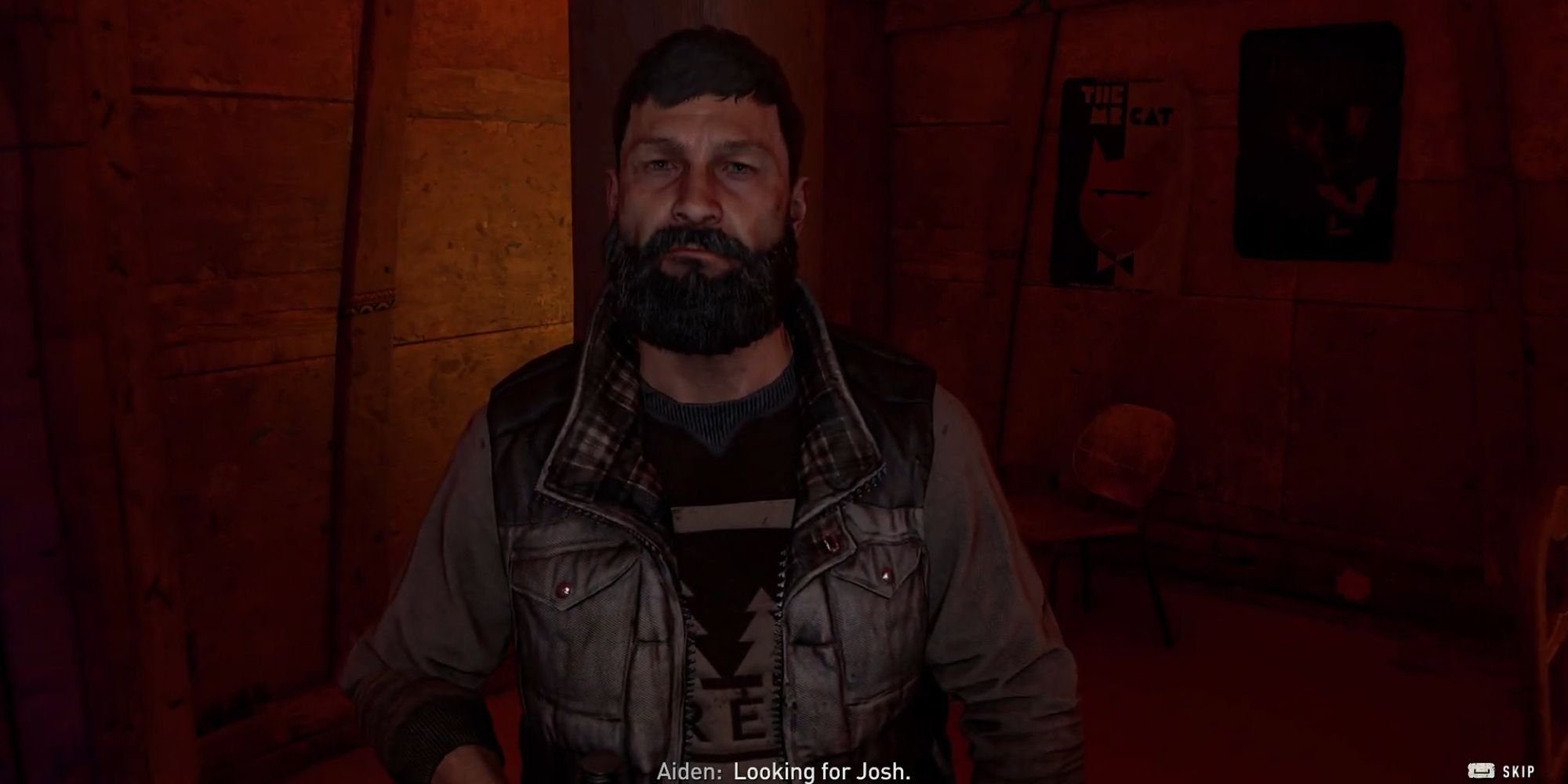 Your first objective is to look for Josh in the Fish Eye bar at night. He is a regular at the bar but not-so-popular among the people there. Head inside the bar and talk to the people there. No one will know of Josh other than the lady standing in front of the counter. That lady will be Elena, the ex-girlfriend of Josh and the present girlfriend of Jolly's father. She will not know of Josh's location and will walk off. As she leaves, another man will come in and tell you to check the rooftops. 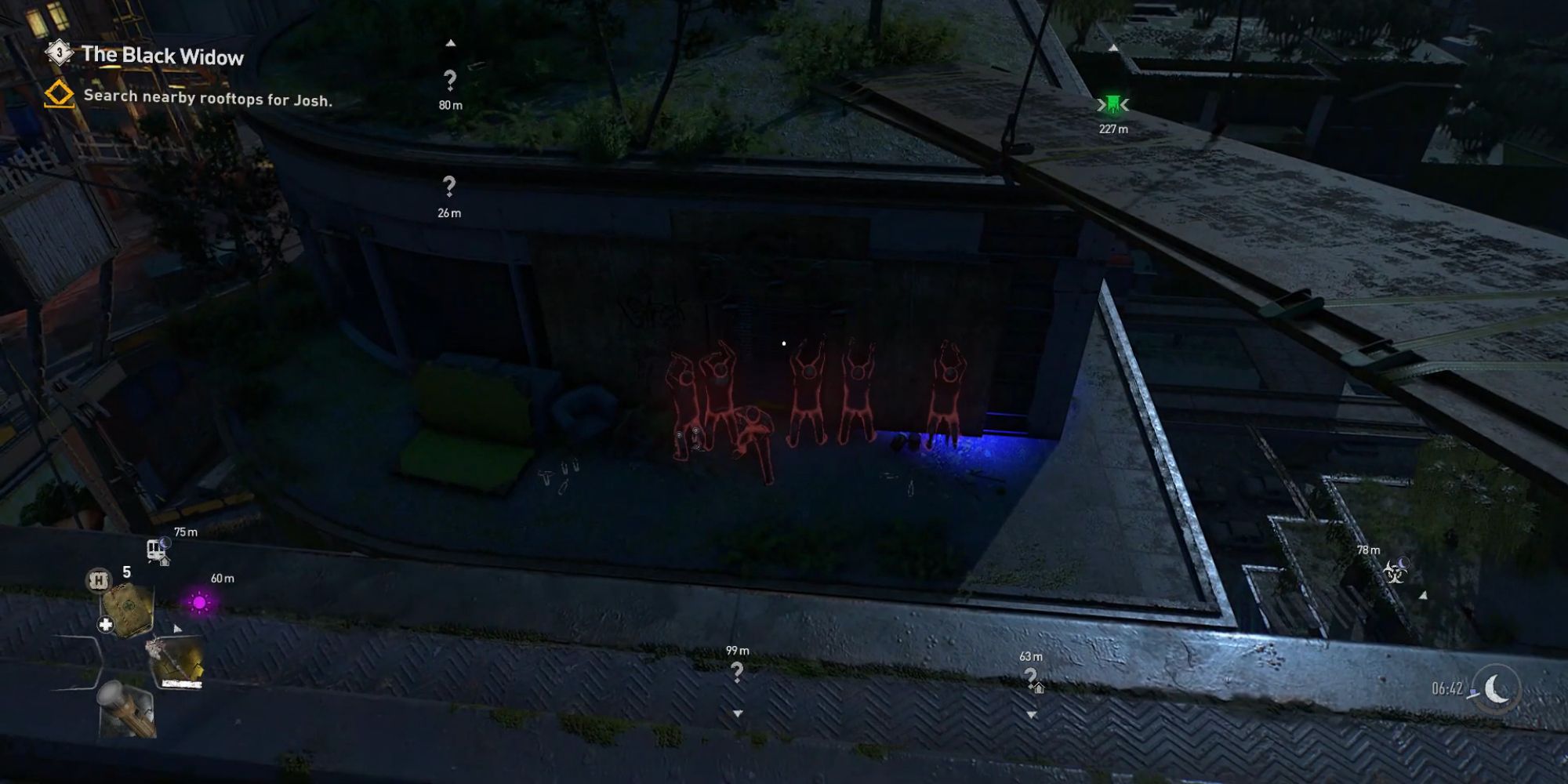 Head to the marker on the rooftop to find Josh's hideout. The entry to Josh's place will be swarming with zombies. Clear the zombies to open the gate and get inside. Josh will be inside his hideout. As you talk to Josh about Elena, the place will get attacked with virals. 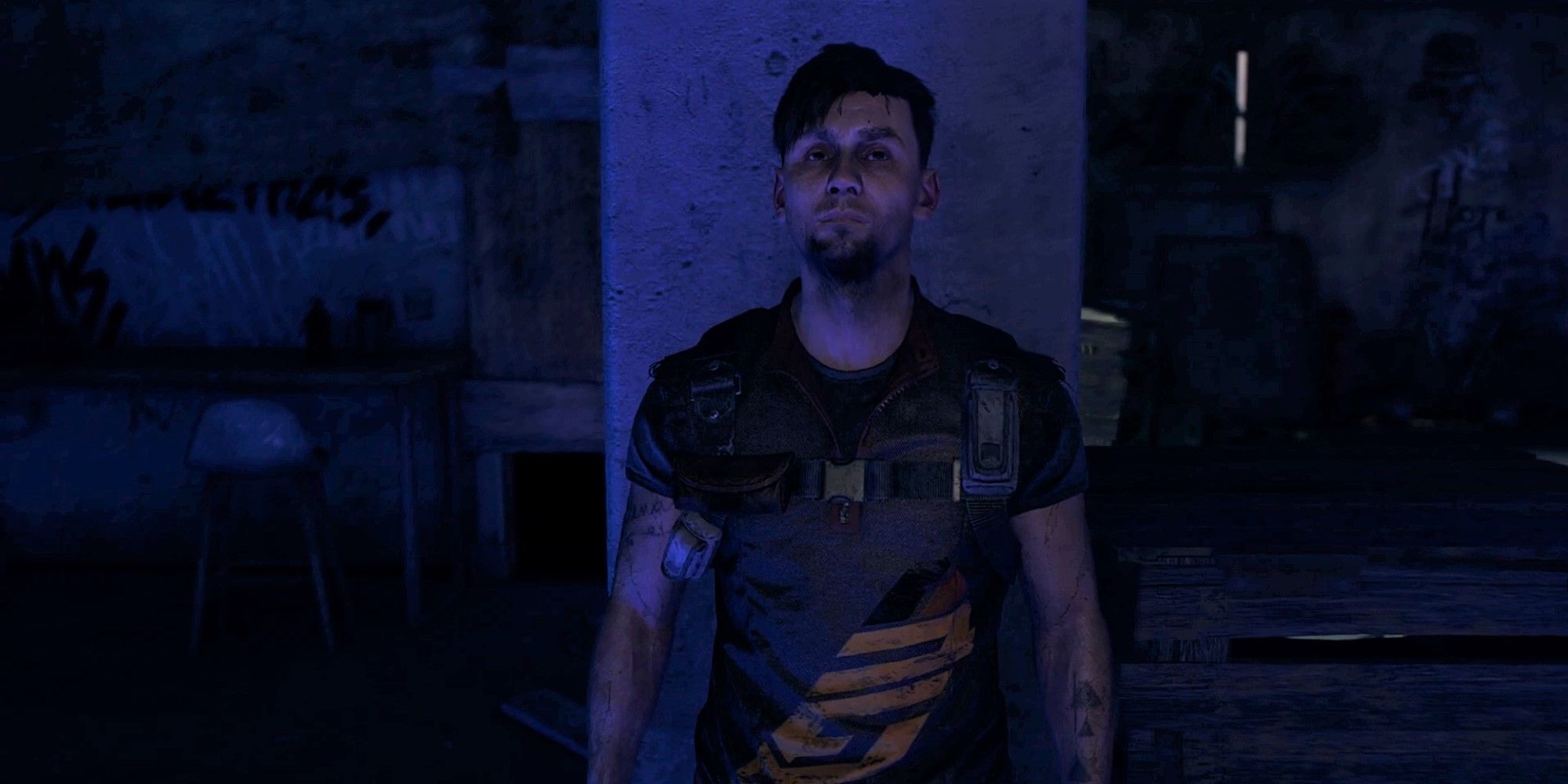 Your next objective is to defend Josh so that he survives the attack. Flip on the fuses marked in the room to turn on the UV light and light up the area. It will make the virals flee the area. Josh will now be willing to cooperate with you and tell you about Elena. He will tell you about the poison that Elena keeps in her stash. Go to her room to look for the evidence. 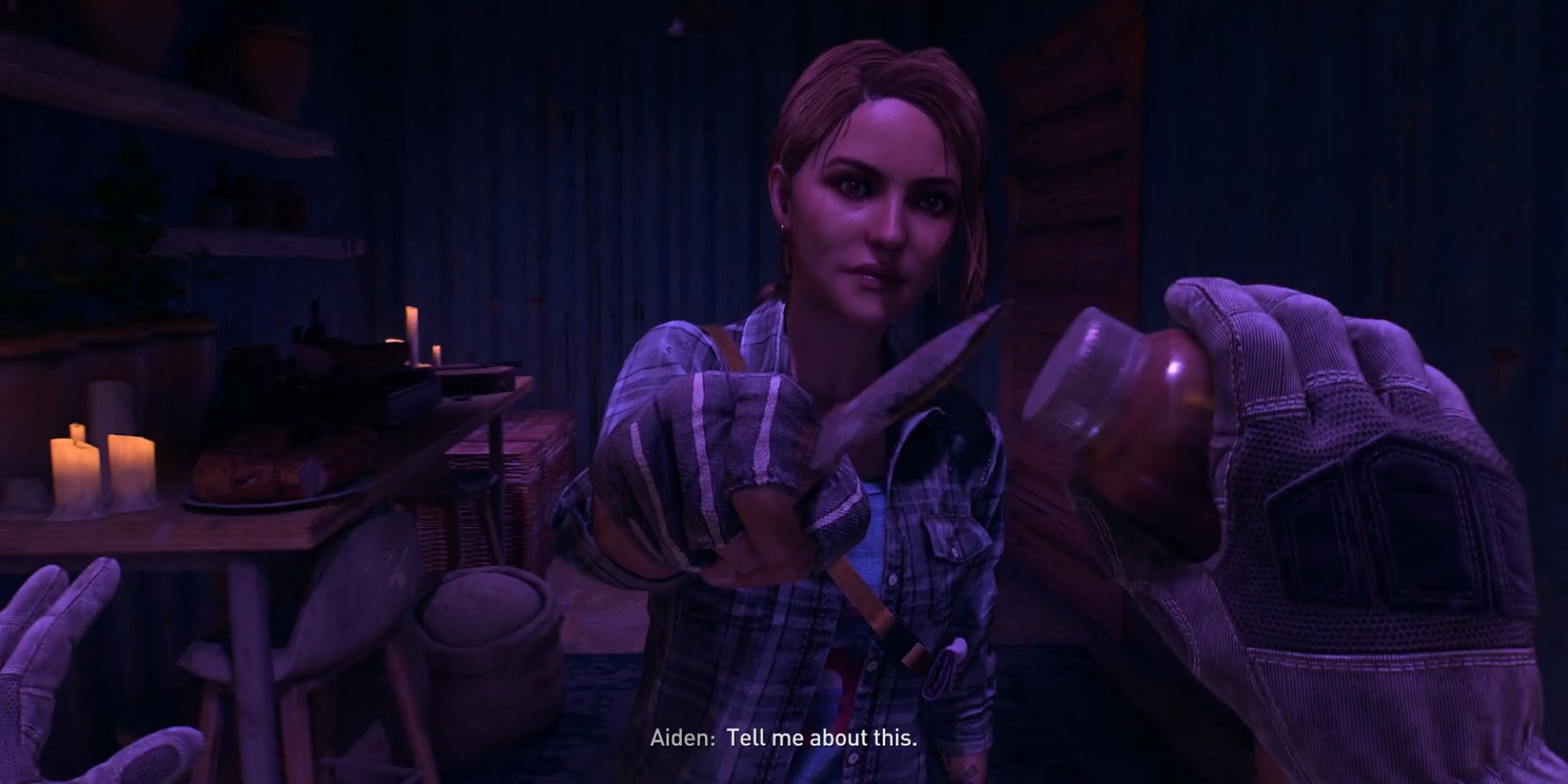 When you break into Elena's room, you will find a stash where she keeps her stuff. Open the box to look for the poison Josh mentioned. As you open the box, you will get caught by Elena. She will tell you that it is a medicine that her mother taught her to make. A guard will enter the room and ask about the situation. You will now have to choose from two dialogue options:

Aiden will tell the guard that Elena killed four people with the poison, and she will get sentenced to death. Jolly will come to thank you for catching Elena, and the mission will be over.

Aiden will tell the guard that there is nothing wrong. The guard will take Elena with her as she is a suspect of keeping possession of poison. Elena will tell you to help her by meeting Baba.

Speak with Baba, the Plague Witch 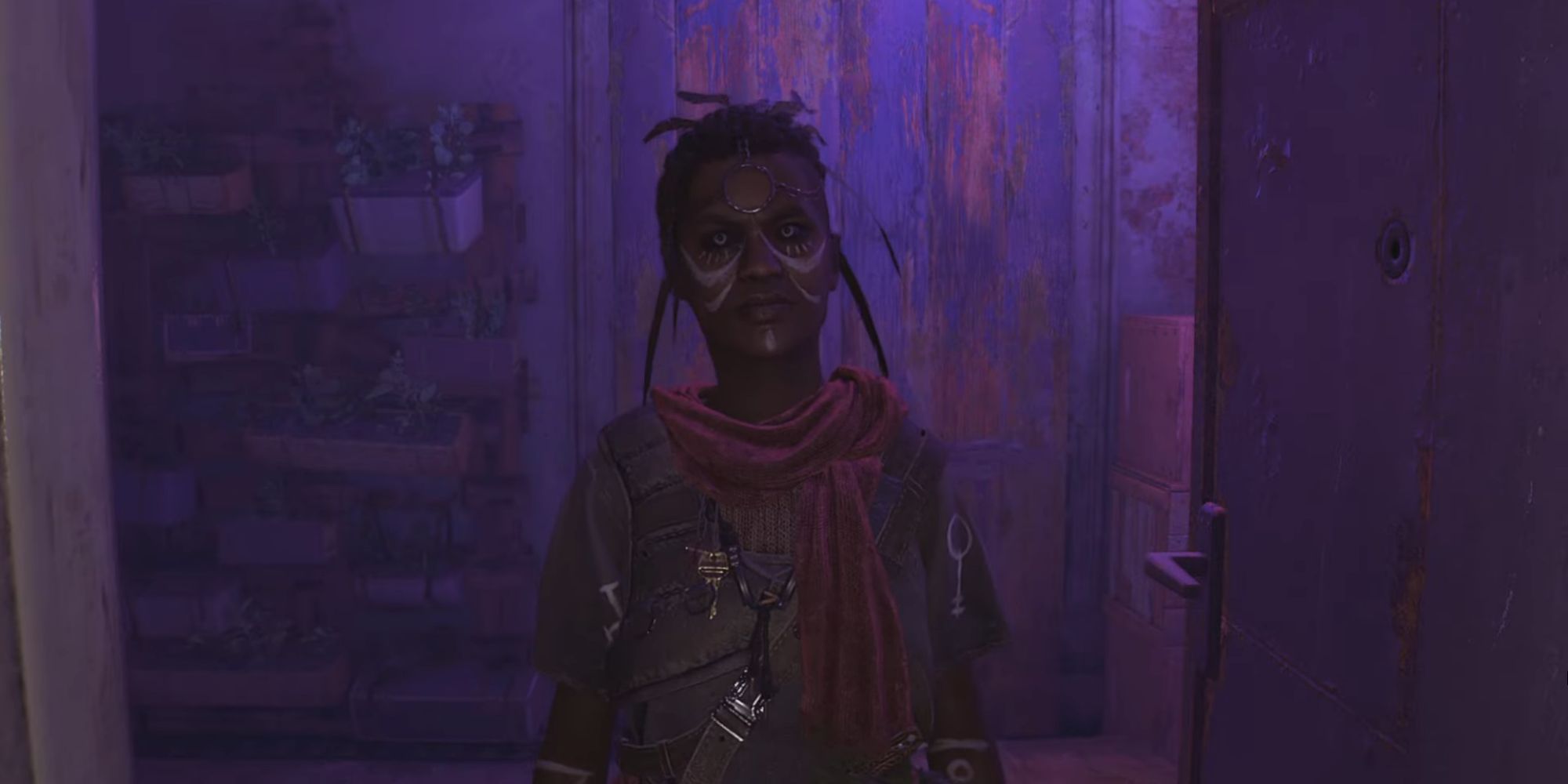 Baba, also known as the Plague Witch, is located on Saint Paul Island. She has a shop at the Chapel of the Resurrection. The Plague Witch will be willing to help you after you bring three reagents for her.

Collect Reagents for The Plague Witch 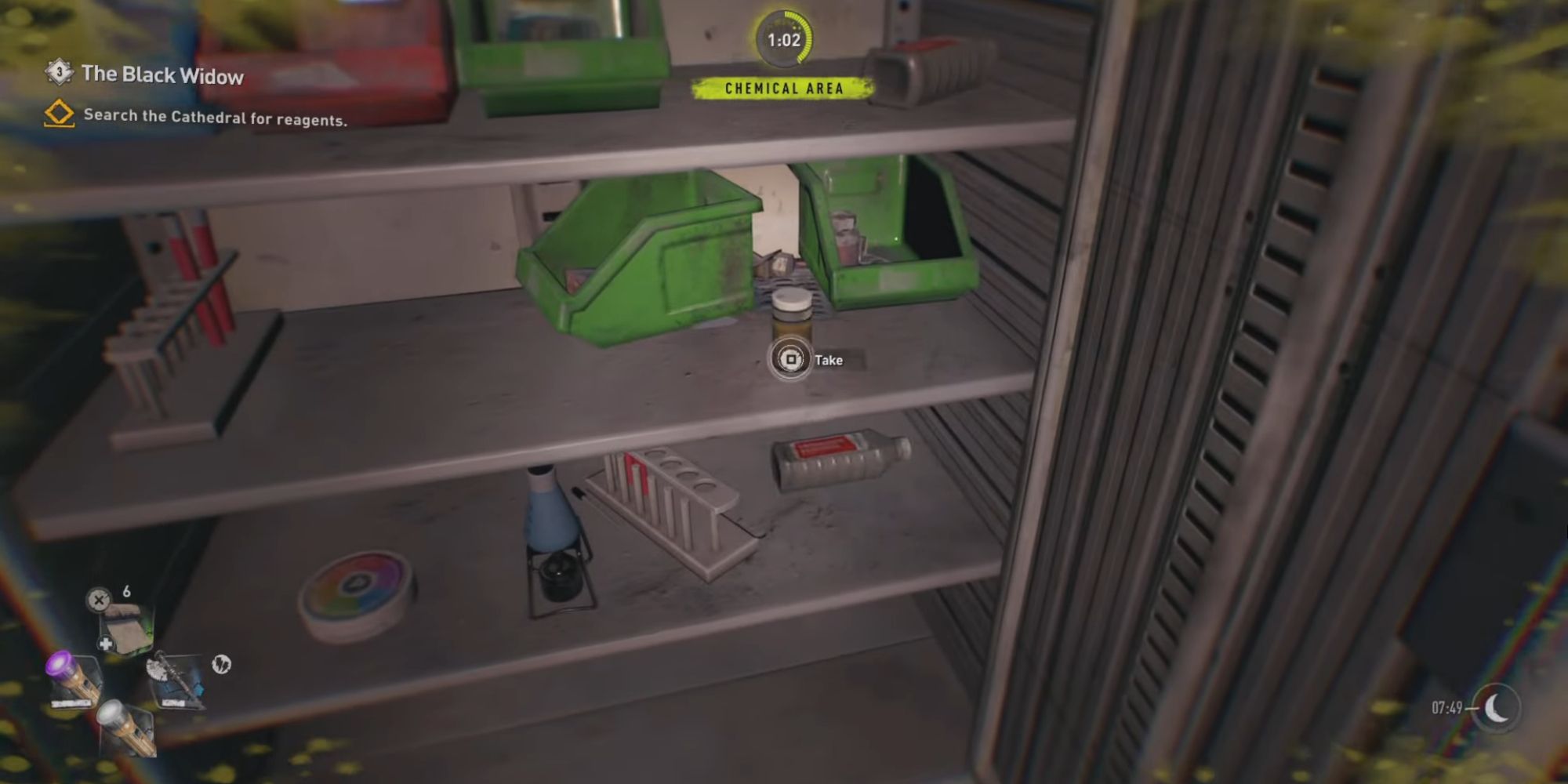 The reagents are at the GRE field hospital in the Saint Paul Cathedral. Head there at night and make sure you don't get caught in a chase with the virals. It will make the search easier for you. Enter the cathedral by climbing to the top from the sides. Once inside, look for the cabinets and lockpick them to find the reagents. When you have the reagents, go back to the Plague Witch's shop and give them to her. She will confirm that this is indeed not poison but antibiotics. 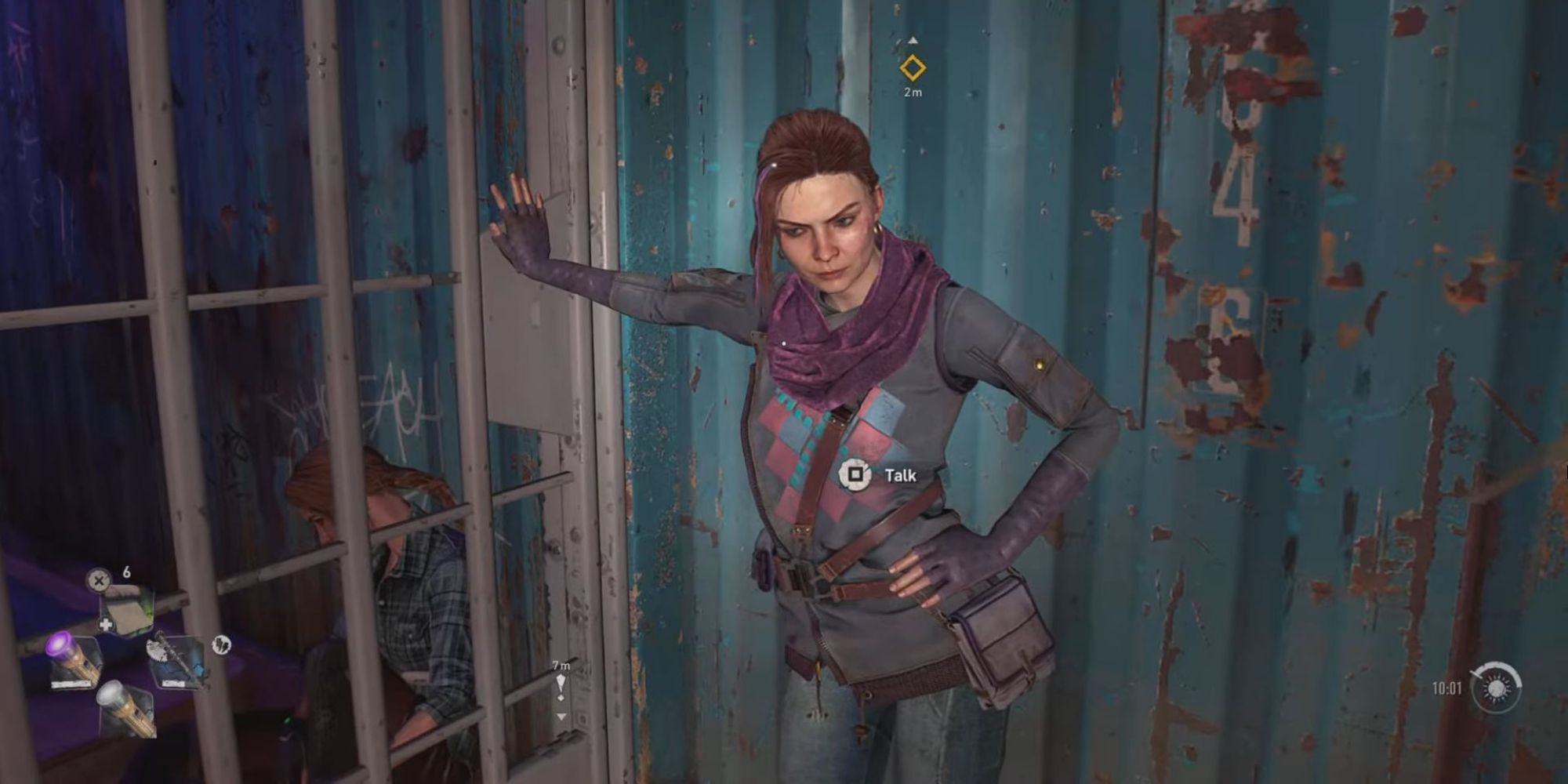 Make your way back to the fortress and head towards the cells where Elena is locked. Talk to Jolly standing beside the cell to initiate a cutscene. Aiden will tell Meyer that Elena was being honest, and it is an antibiotic. Meyer will still not believe it and tell you to drink the liquid to prove you are right. You will now have two options to choose from and decide the future of Elena.

Not drinking from the bottle will convince Meyer to sentence Elena to death. The mission will be complete, and you will get the XP.

If you decide to stand with Elena and drink from the bottle, it will not affect you. Meyer will be convinced that it is antibiotics and let Elena free. Elena will be thankful and leave the place. On the contrary, Jolly will not be happy with you and refuse to give anything in return.

This concludes our Dying Light 2: The Black Widow Side Quest Walkthrough guide. Completing the side quest will get you Combat and Parkour Experience Points.