There’s no wrong way of playing Elden Ring. Just about any weapon, build, and playstyle can be used to get through the Lands Between. That being said, there is one build archetype that is more right than most – the Bleed build. One could say it is the least wrong way to play.

Bleed builds combine the raw damage of a good weapon, the beefy stats of a great character, and the ludicrous amounts of percentage damage that Bloodloss inflicts. When it comes to damage per second, very few builds can compete with Bleed, and the ones that can lack the versatility a sharp sword brings.

What Is A Bleed Build 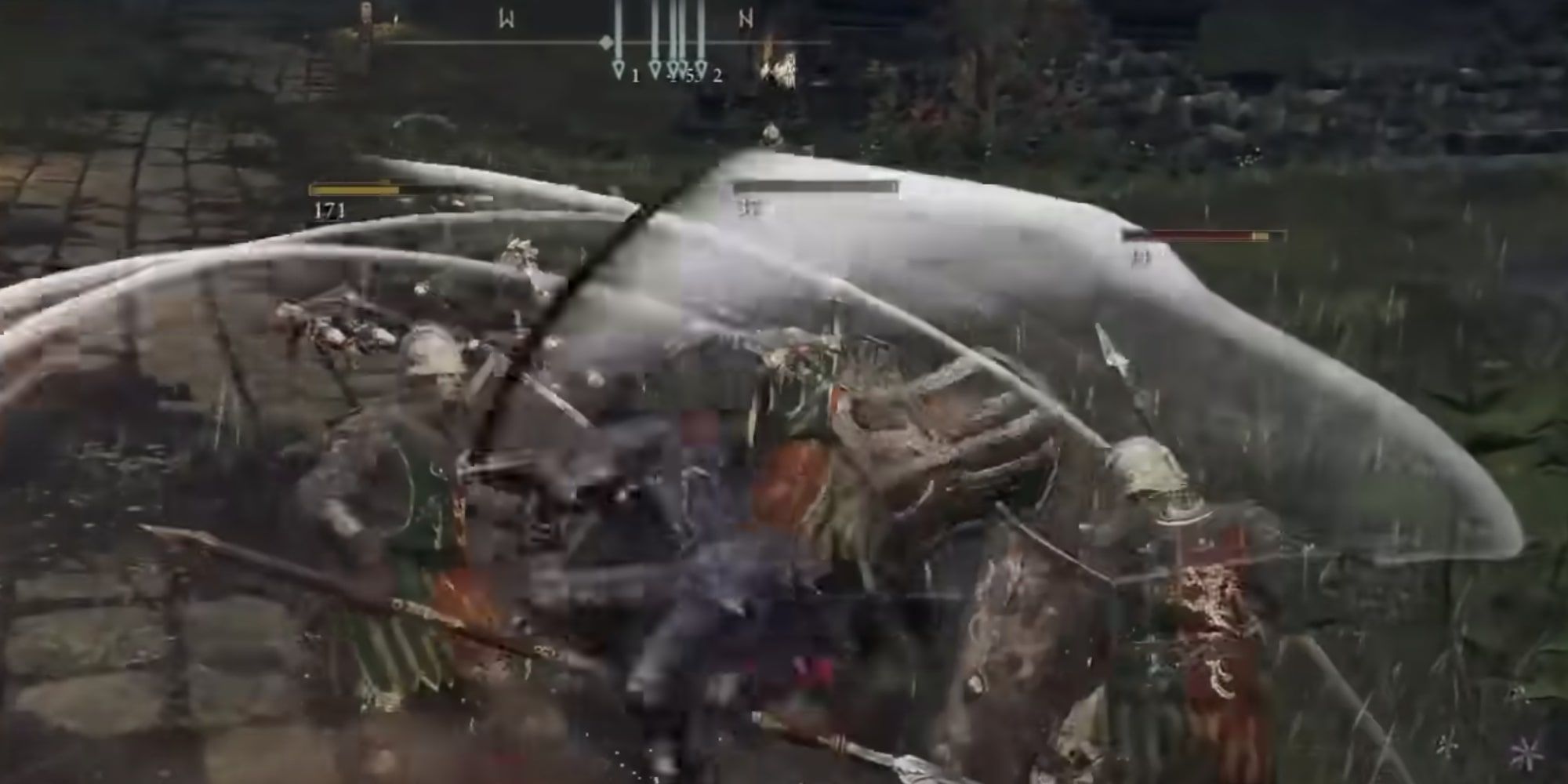 Bleed builds are designed to kill an opponent as quickly as possible, no matter their health, through the use of Blood Loss. You go in, you hit an enemy enough times to fill an invisible bar, and then suddenly – boom. Your opponent explodes in a shower of blood, they take massive percentage damage, and they are staggered letting you do it all over again.

Not every enemy can be bled, but the ones that can will be dead before they can react to your presence.

Stats To Aim For 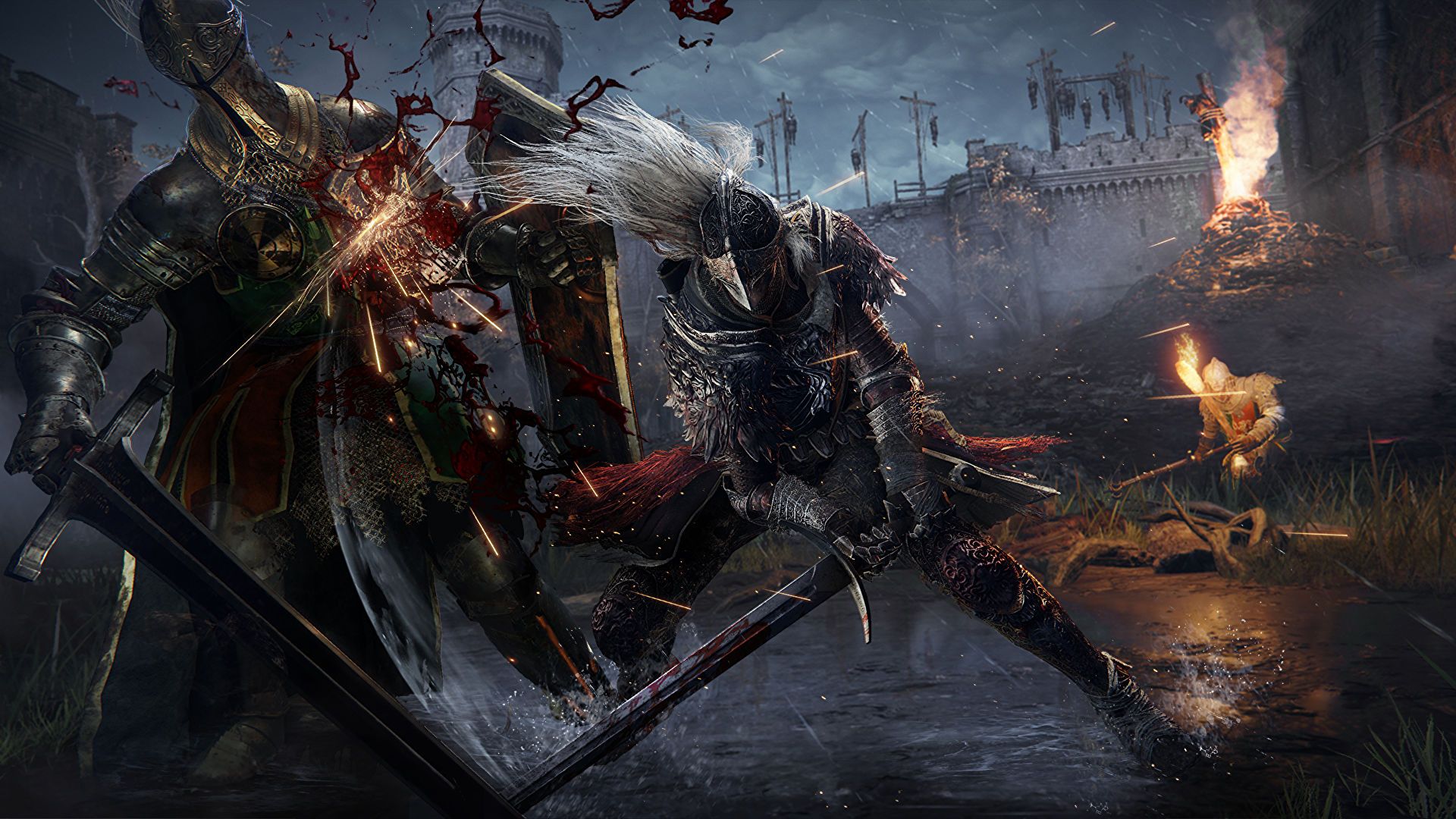 The first thing to note is that we have pumped out Vigor to 60. This will give us a healthy health pool that will give us more opportunities to deal damage since we won’t be dead. Vigor, unlike many other Soulsborne games, is vitally important in practically every build you will make. 60 is the hard cap, and we want to hit it.

Next, we have Arcane, which is 45, which is around the soft cap for Bleed build-up. Not only will this make our Bleed weapons more damaging in terms of raw damage, but it will also make them much more effective at nailing those juicy Bleed procs. You could push some extra points into Arcane if you want, however, Dexterity could be a better place to spend those points.

The final major stat to consider is Dexterity. Many Bleed-based weapons are Dexterity-focused, and that is what we are going to focus on. 45 is around the soft cap for Dexterity and will give us the most damage for the least amount of investment. This will directly push our Physical damage up, giving us more utility when fighting enemies who can’t be bled – such as Skeletons.

Everything else has been put into Mind and Endurance to give us enough resources to play with. Endurance will also push our Equip Load, letting us wear heavier armor which is always a good thing. 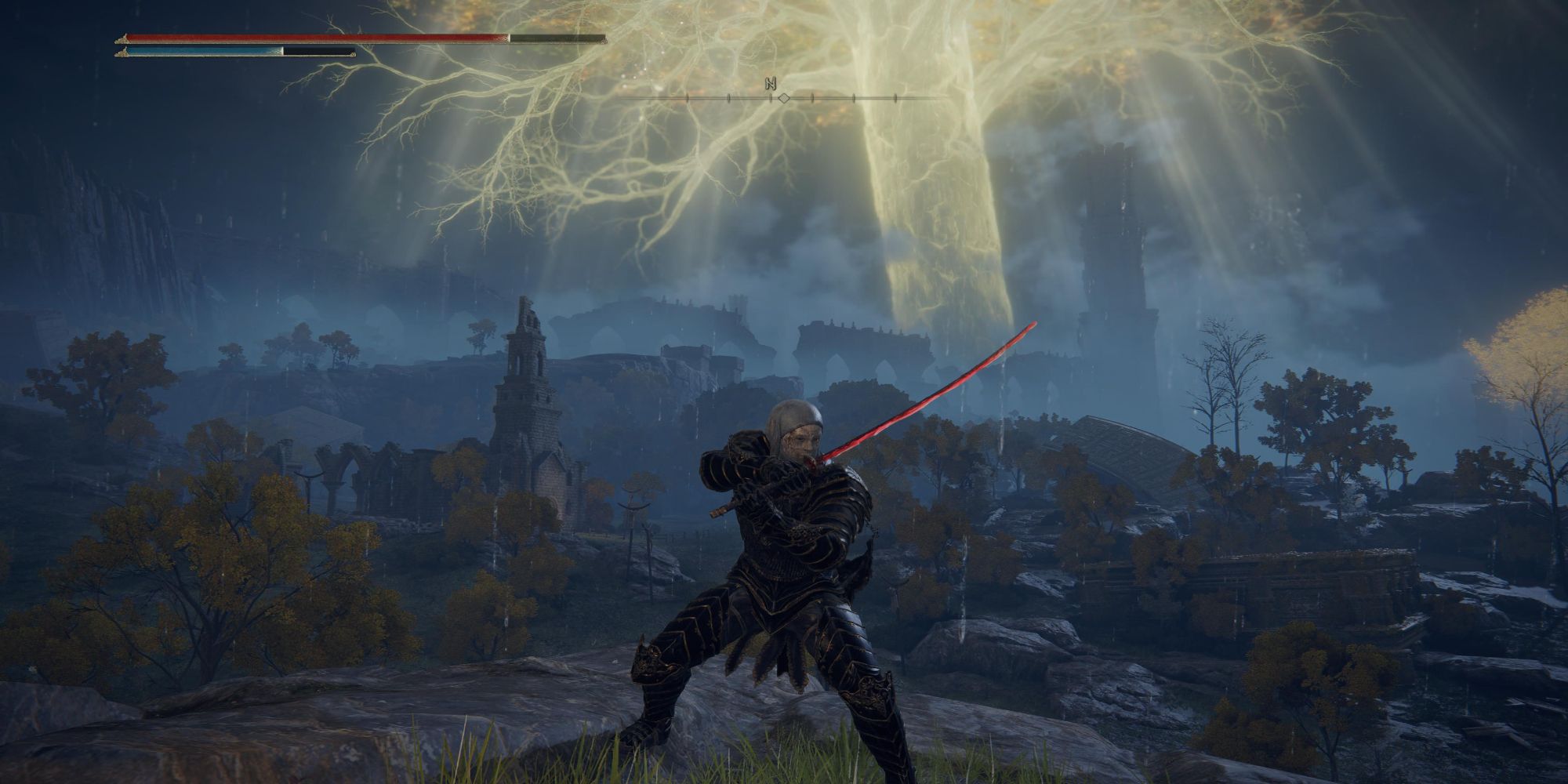 This build is going to focus on dealing as much Bleed as quickly as possible. This means we are going to use fast weapons, stack as many buffs as we can, and destroy enemies long before they can react. Whilst the build won’t be as effective against bloodless targets, our raw damage output will easily be able to power through.

Any of the above weapons will work wonders for this build. Rivers Of Blood in particular is brutally effective at killing everything thanks to its massively overtuned Weapon Art – Corpse Piler. This weapon builds Bleed fast, deals amazing damage, and has the advantage of using the phenomenal katana moveset.

Eleanora’s Poleblade is very similar, as this weapon builds Bleed ludicrously fast, and a lot of its damage comes from its very powerful Weapon Art. Its standard attacks are much faster than the Rivers Of Blood – especially when doing running attacks. You can inflict Blood Loss on most enemies in a single running attack.

The Godskin Peeler and Uchigatana are both in the same boat – they aren’t necessarily effective Bleed weapons on their own. You will need to infuse them to be Blood variants at the Blacksmith, at which point, they come into their own. To make them even better, you will want to give them both Seppuku which increases your raw damage and Bleed build-up.

If you are going to use the Godskin or Uchigatana, consider pairing them with another Twinblade or Katana – heck, you could match the Uchigatana with the Rivers Of Blood, and the Godskin Peeler with Eleanora’s Poleblade if you wanted the best of both worlds.

Plenty of Talismans will work for this build, however, we’ve picked these as they hit every base we are looking to hit. The Lord Of Blood’s Exultation is easily the most important Talisman of the bunch, however. This will increase your damage whenever something bleeds around you. This is important to note as it triggers when you use Seppuku on yourself – allowing you to keep this buff active at all times.

The Shard Of Alexander is especially useful if you are using the Weapon Arts from the Rivers of Blood or Eleanora’s Poleblade a lot. This will make them even more powerful, which just makes sense if that is the playstyle you are leaning on.

The final two Talismans to consider are Winged Sword and Claw. Winged Sword increases your damage based on successive attacks, which is especially useful when running Twinblades as they specialize in landing those kinds of combos. Claw on the other hand will increase your jump attack damage.

You will want to wear the heaviest armor you can find that provides the most Poise and Defense whilst still maintaining a Medium Roll. This will give you plenty of I-Frames as well giving you enough damage reduction to tank hits if you mess up.

The only armor piece you want to make a priority pick is the White Mask. This mask will increase your damage whenever something Bleeds – similar to the Lord Of Blood’s Exultation. The best part about the White Mask is that it stacks with the aforementioned Talisman, letting you double-dip every time you inflict Bleed.

Remember you can use Seppuku to activate these buffs outside of combat and against enemies who can’t bleed.

For Tears, you should consider the Leaden Hard Tear and Dexterity-Knot Tear. The Leaden Hard Tear will give you perfect Poise for 10 seconds, allowing you to power through even the strongest attacks in the game. This is great when you want to force a Bleed to proc onto a fast-moving or heavy-hitting enemy who you know is going to interrupt you.

The Dexterity-Knot will give you a +10 boost to your Dexterity for 3 minutes, increasing your damage for the duration. It’s just an all-around fantastic Tear to equip.