Elden Ring: How To Defeat Wormface

At the base of almost every Minor Erdtree in Elden Ring, you will encounter a boss that drops a bevvy of useful treasures to amplify your powers, mostly to do with new combinations to try for your Flask of Wondrous Physick. From the Weeping Peninsula to Liurnia of the Lakes, Erdtree Avatars guard these Erdtrees. But as for the Minor Erdtree in Altus Plateau, you'll find something very different waiting for you there.

Bent over and covered in a shroud, the Wormface rose to its feet, displaying its abnormal height. With the ability to spew Death Blight, we will give you a complete rundown of how to defeat the Wormface. 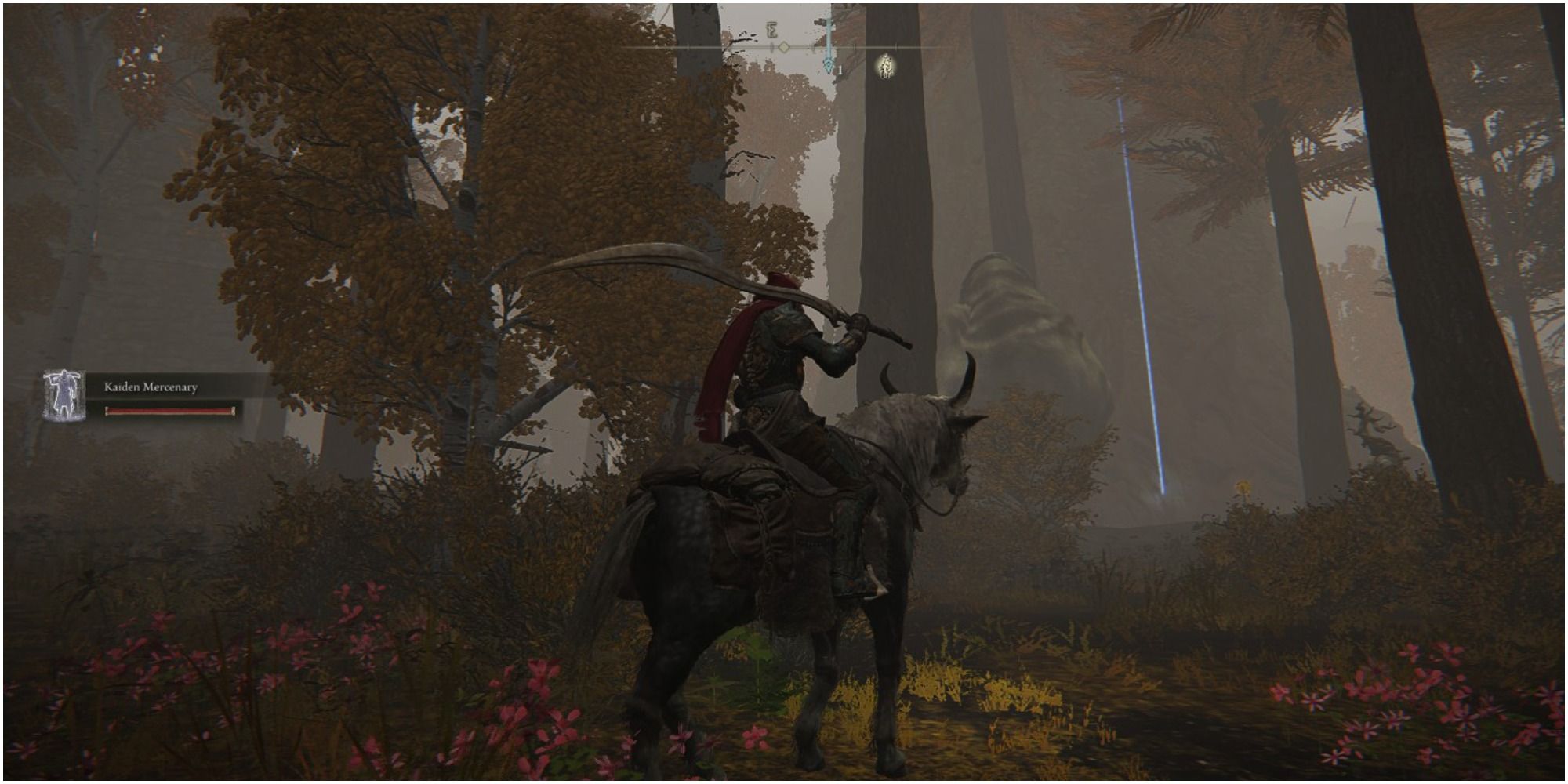 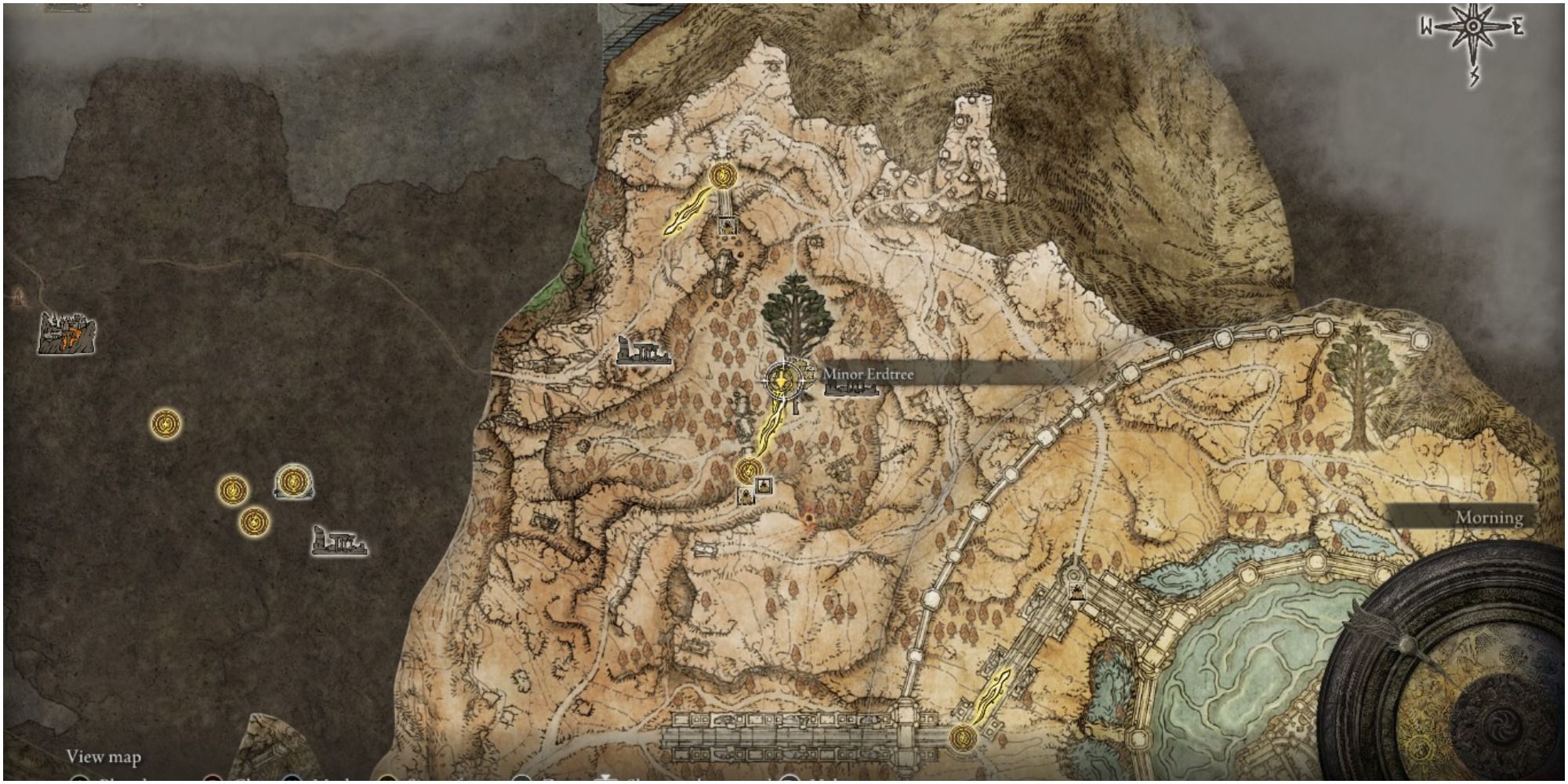 The forests of the Altus Plateau are rife with Lesser Wormfaces, but if you approach the Minor Erdtree at the center, you will notice a Wormface larger than most. Interestingly, you'll mostly either find Erdtree Avatars or Putrid Avatars at the base of all other Minor Erdtrees, but not in this one.

Like all the other Wormfaces, this big boss Wormface is able to inflict Death Blight buildup that can one-shot you easily.

With both vulnerability to physical and bleed attacks, it is best to arm yourself with a Bleed weapon that is upgraded to a +4 or above, with your chosen Spirit Ashes scaled up to a +4 as well. As for sorcerers, sorceries that deal tons of physical damage usually do the trick. 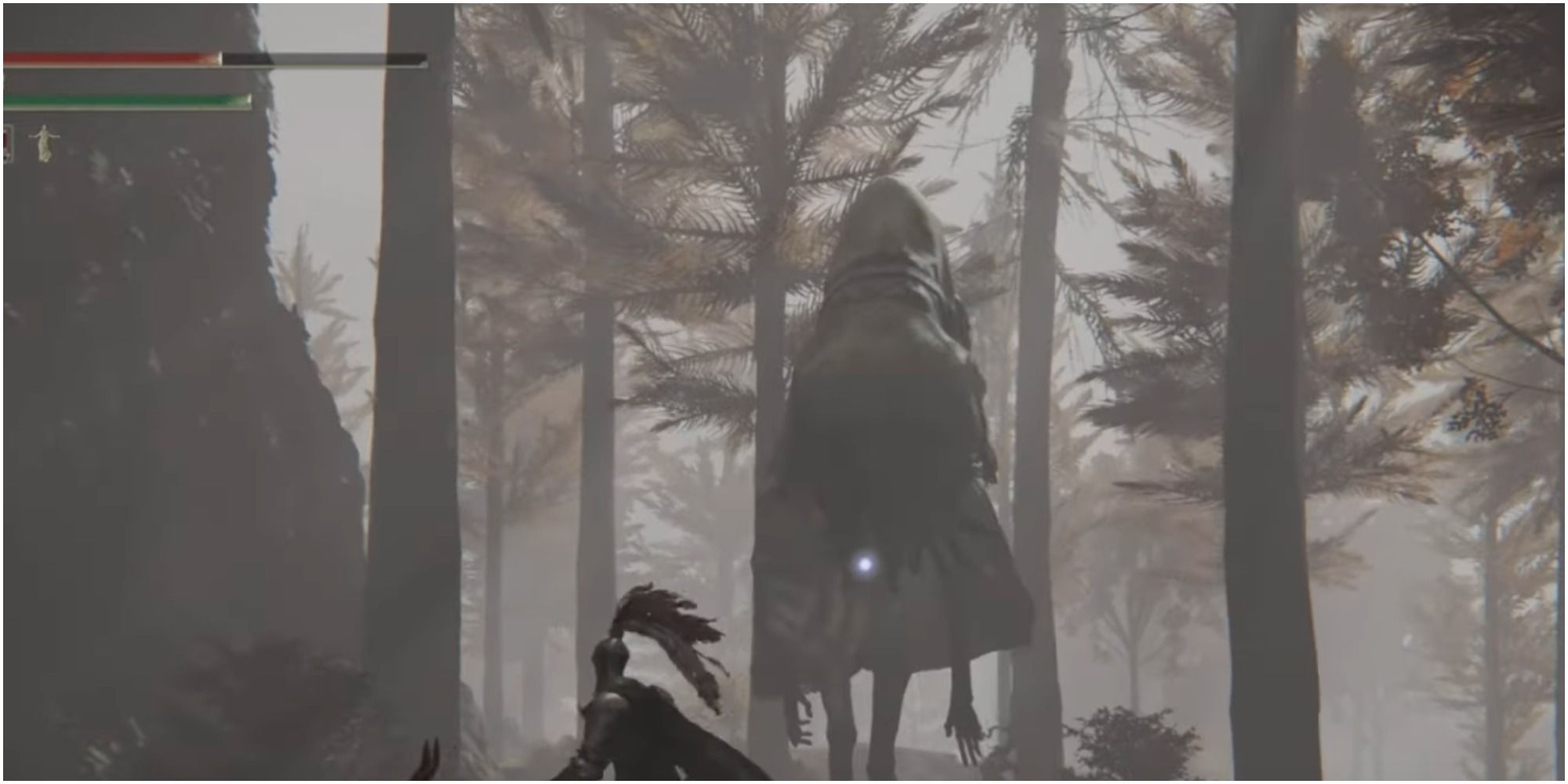 The Wormface largely uses its eldritch-like face that comprises a thousand wriggling worms to unleash torrents of Death Blight. It also uses a charge and a grab attack from time to time that are absolutely devastating. Here is a full outline of attacks you can expect from the Wormface boss. 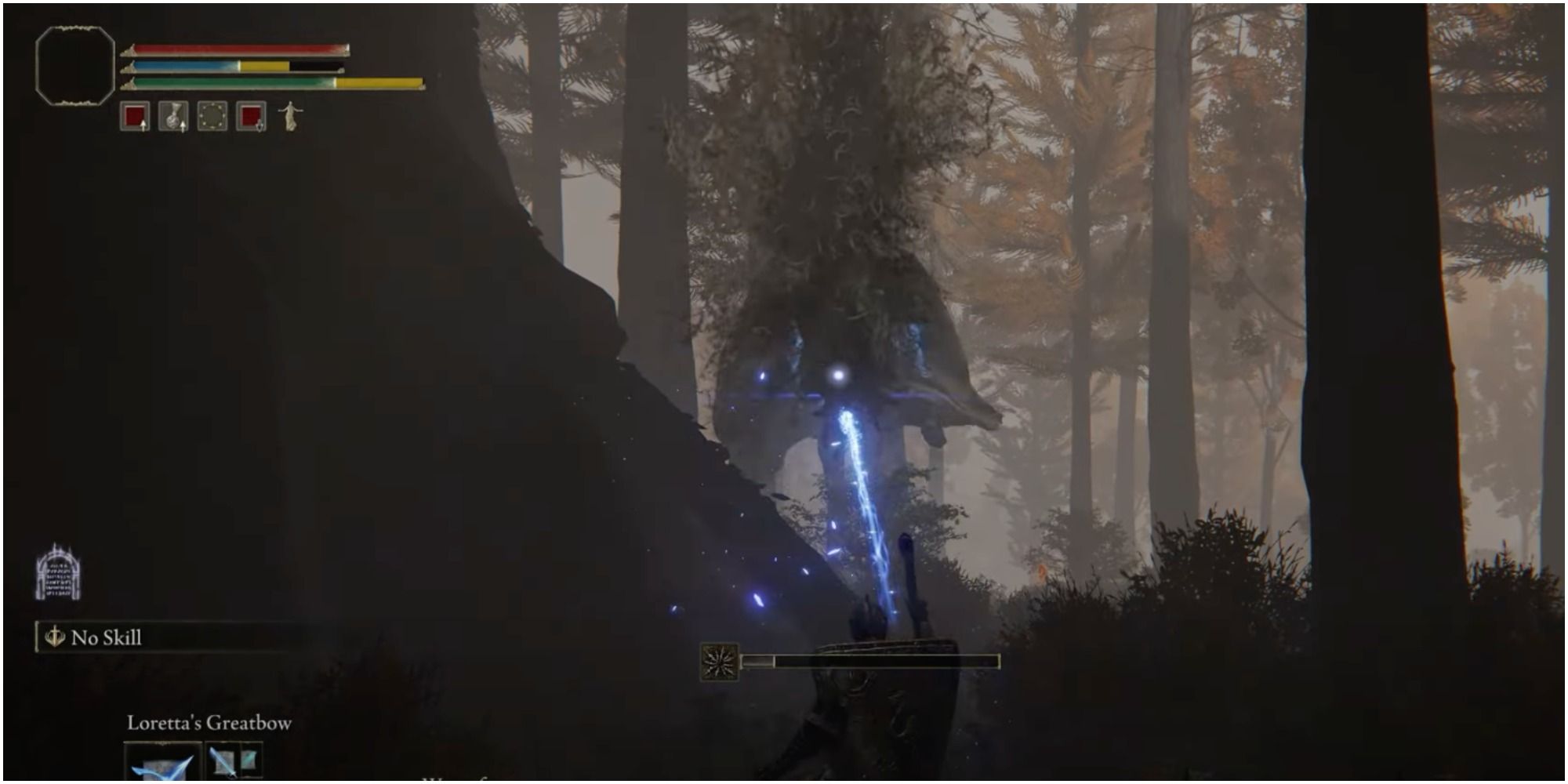 One of the most notable attacks the Wormface performs, the boss will face your way before flinging its head back and spewing Death Blight from its writhing worm-like face. This attack is an AoE-type and the mist will remain for a while.

Counter: The only way to counter this attack is to roll away as far as possible. You can't block it with a shield, unfortunately. 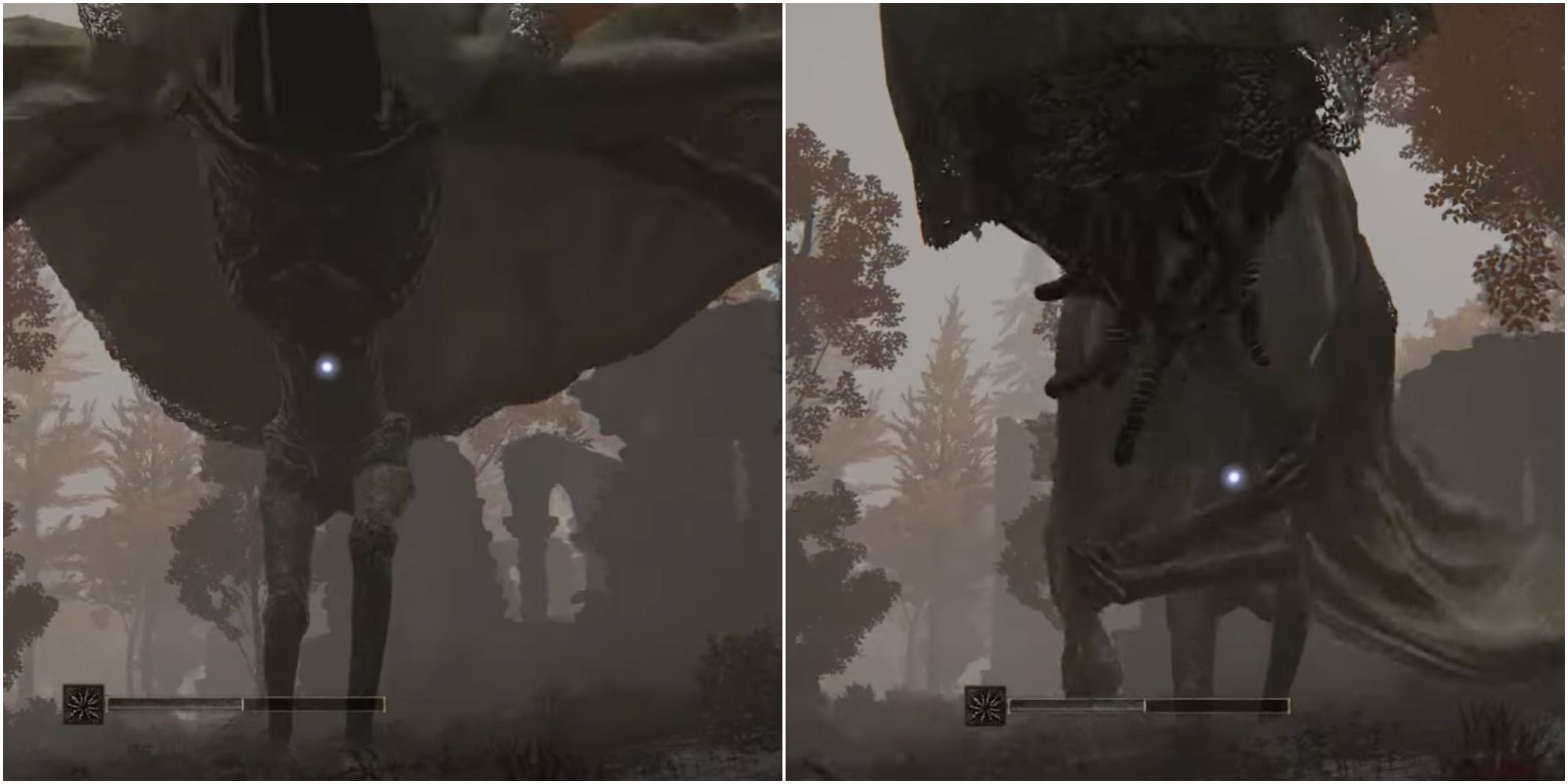 With its long legs, Wormface will be on you in seconds. But when it charges toward you with its arms flung wide for a deadly hug, it is going in for a grab attack.

Counter: Similar to the prior attack, the best you can do is to run as far away as possible when it opens its arms wide. 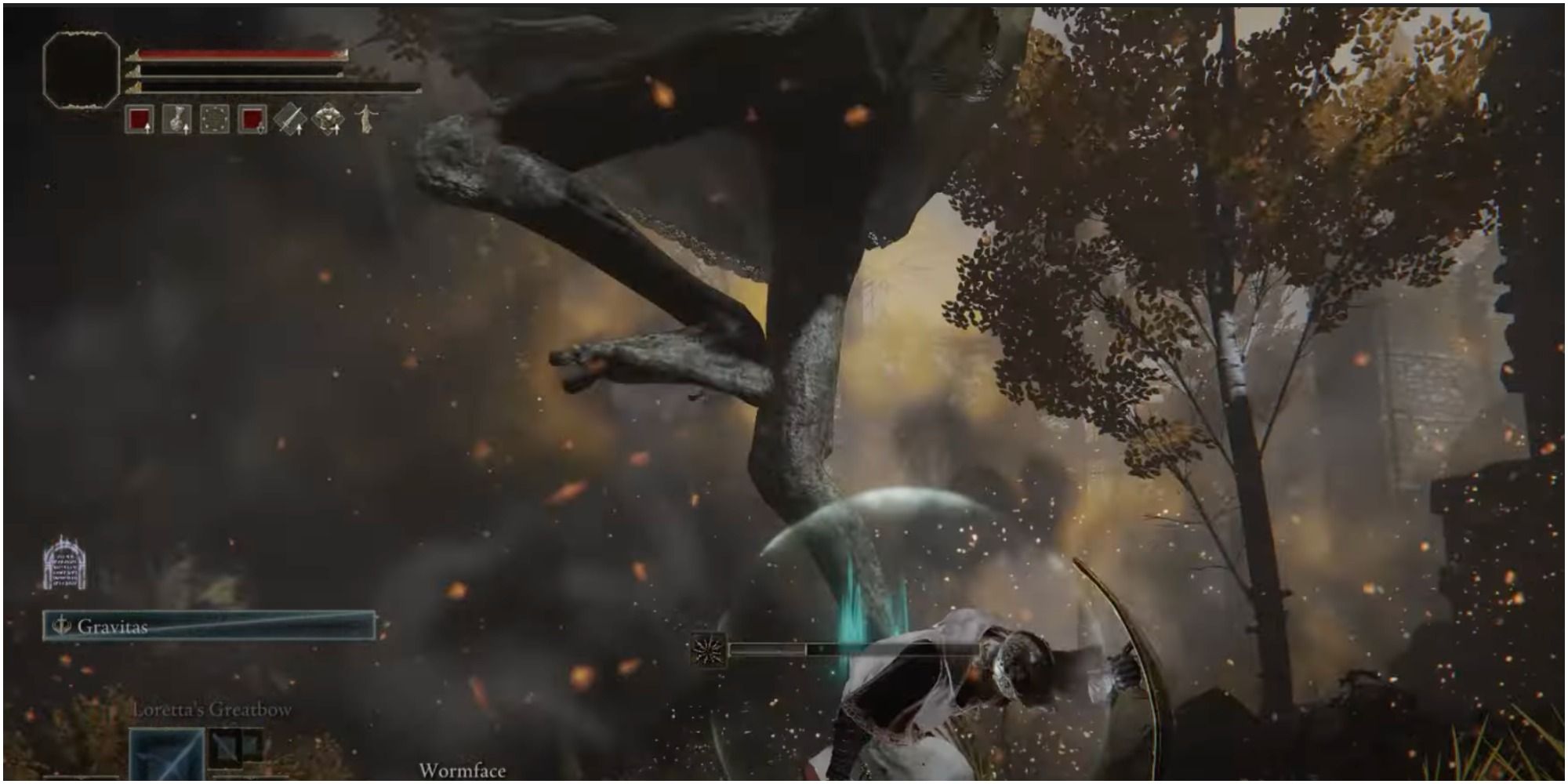 If you're standing really close to the boss's feet, it might, on occasion, perform a foot stomp attack in an attempt to squish you.

Counter: Once more, immediately evade as soon as you see it lift its foot. 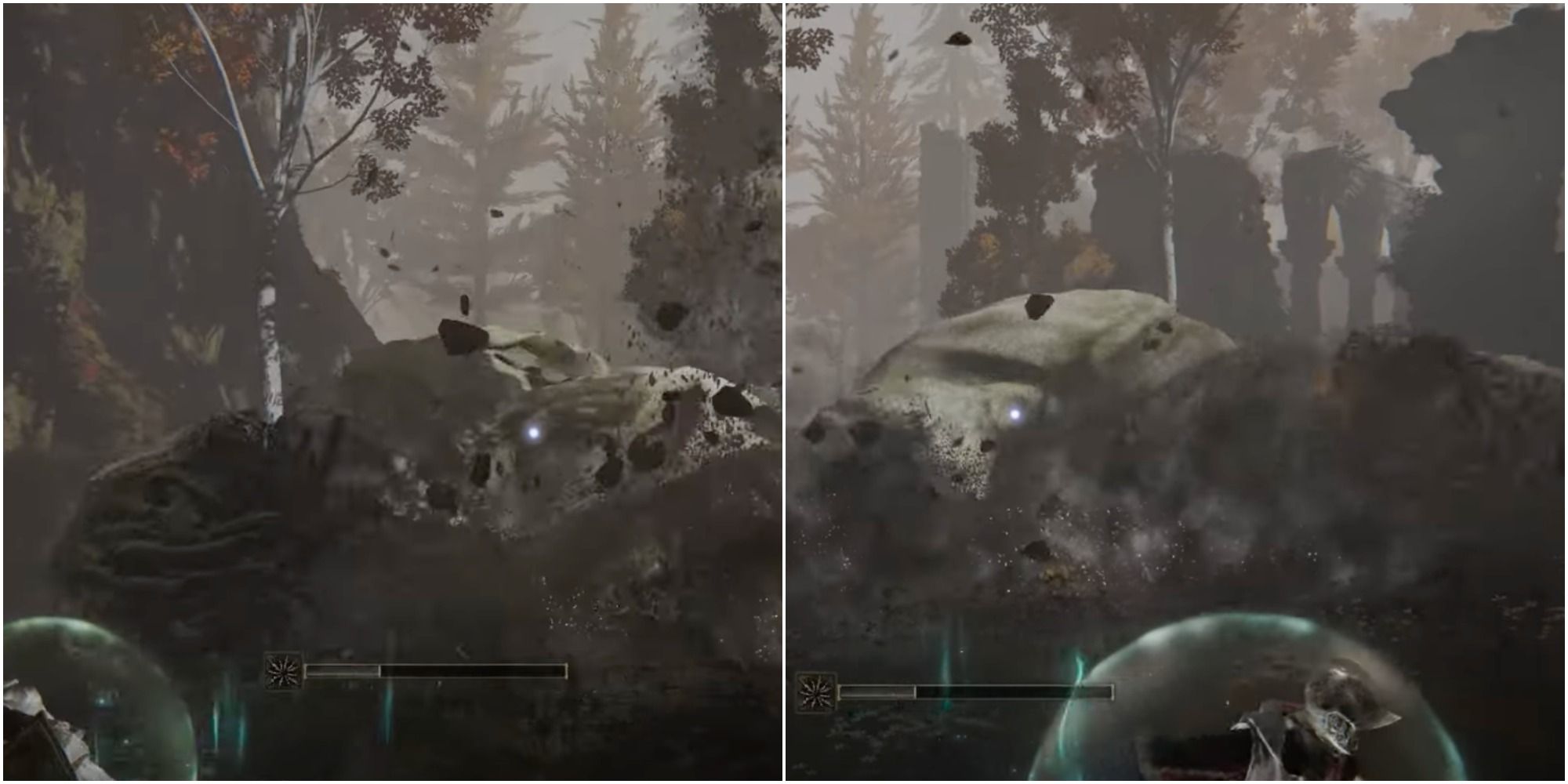 For this attack, Wormface will ungraciously slam its body onto the ground and sweep it from side to side, dealing massive damage.

Counter: You can either roll as far away as you can, summon Torrent to gallop away, or roll around behind him. 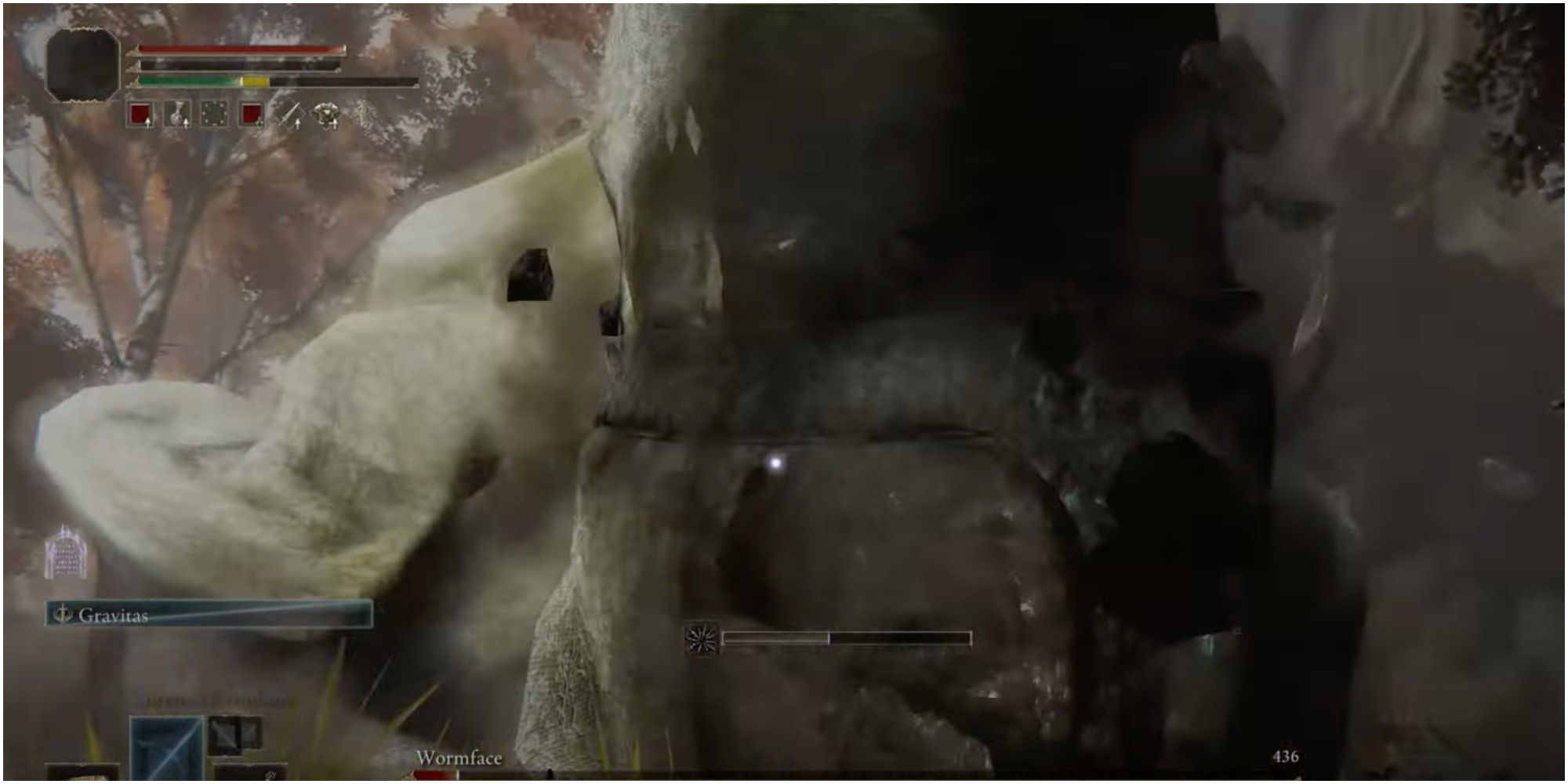 The difference between this attack and the body slam attack is that the boss will only slam its head onto the ground like a whack-a-mole mallet.

Counter: To avoid this attack, simply roll to the left or right. 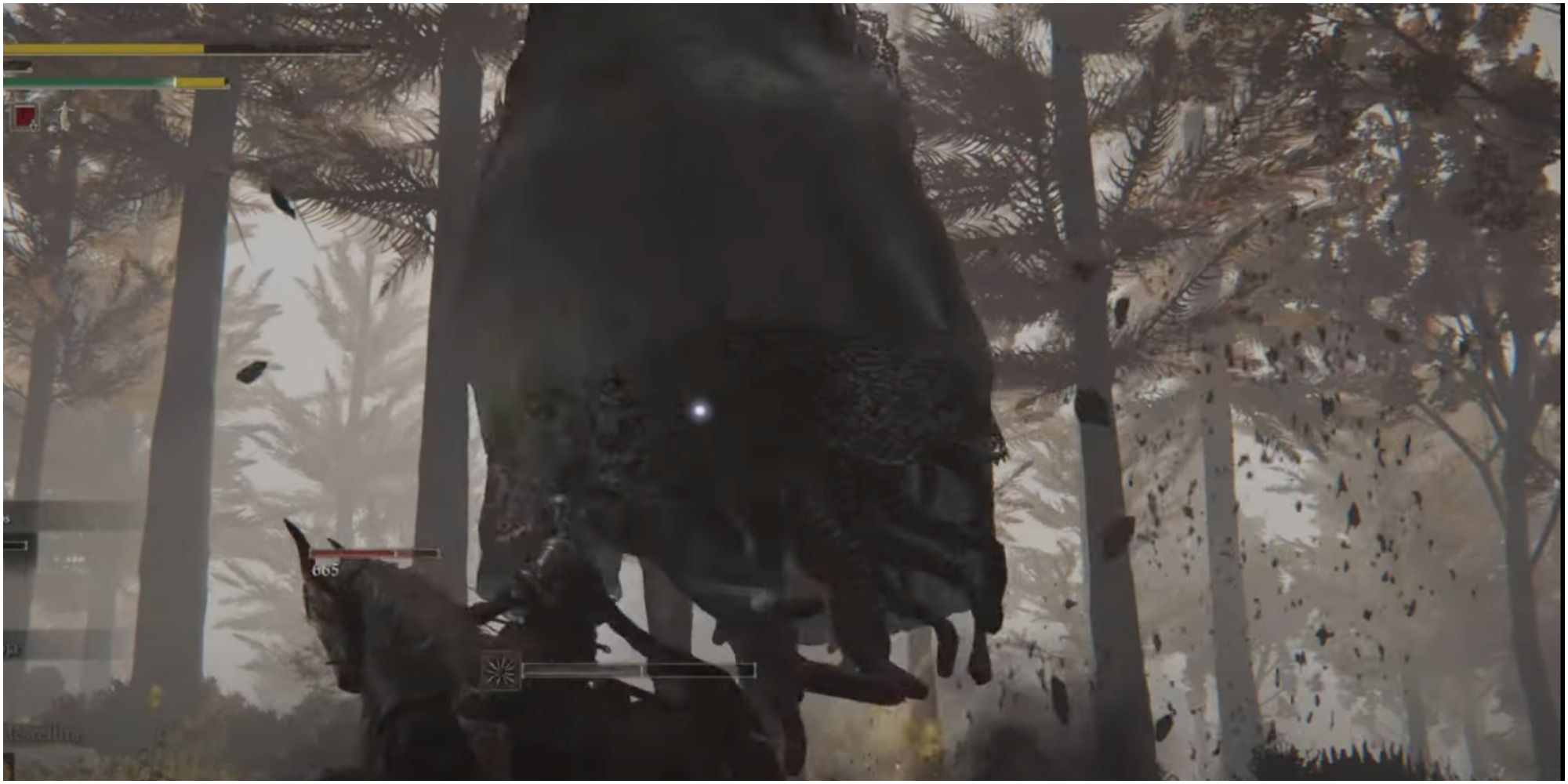 There are two varying strategies to defeating Wormface. Ranged fighters might have more of an edge over melee combatants when it comes to going head-to-head with this boss since its Death Blight attack is the main issue when dealing with it.

Summoning Spirit Ashes will really help with distracting this boss from you, as well as ending the fight faster. 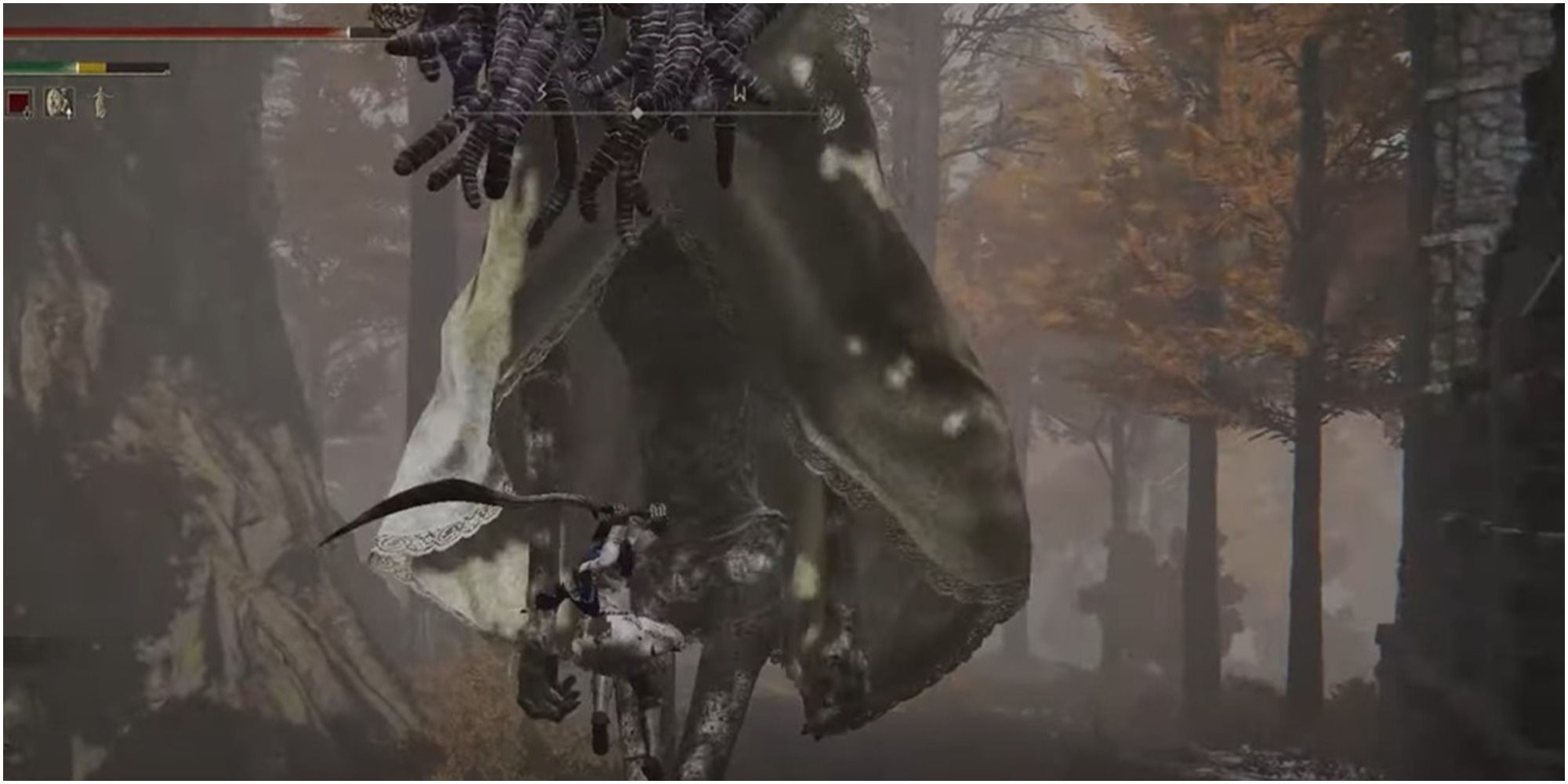 For melee combatants, it is recommended to summon Torrent and do this fight on horseback. You'll need a quick getaway when it unleashes its Death Blight attack, along with galloping near it and dealing a few blows before backing out to avoid its foot stomps and body slams. Since it is weak to Bleed, arm yourself with bleed weapons such as a Bloodhound's Fang that has been upgraded to a +4, coat your blade with Blood Grease, or equip a Bloody Slash Ash of War.

You can summon a bit of support to help you with this fight, such as the Kaiden Sellsword or the Lone Wolves upgraded to a +5. Spirit Ashes that have been upgraded more than the latter are more than capable of handling Wormface on its own.

Be careful not to attract surrounding hostile NPCs, such as the group of Lesser Wormfaces nearby. 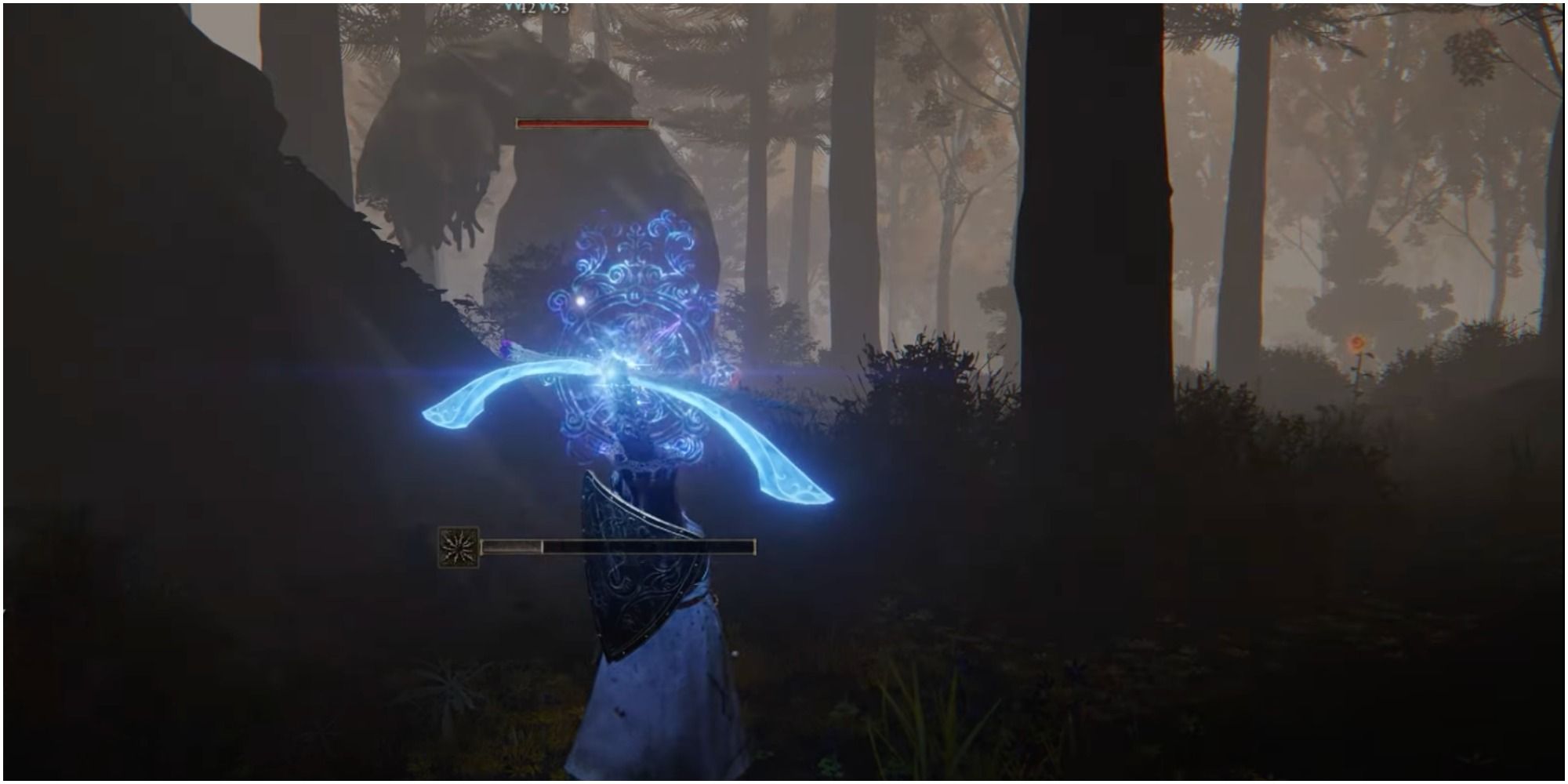 As for sorcerer builds, using spells that deal physical and Frenzy damage is recommended in defeating Wormface. Sorceries such as Loretta's Greatbow, Glintstone Pebble, or Greater Glintstone Shard will be extremely effective against this boss. Summoning the same Spirit Ashes as for the melee fighters is also recommended.

If you are on foot, use Opaline Bubbletear to boost your defensive capabilities. Again, keep Torrent's whistle handy when it unleashes its AoE attack, as well as a healing spell in case you didn't evade it quickly enough.