Enjoy Your Java At This Starbucks Cafe In Animal Crossing: New Horizons

If the picturesque setting of Animal Crossing: New Horizons hadn’t won you over already, then the inclusion of the world’s most popular java hut will. Replica builds are frequently found on many in-game islands, but one user has created the first Starbucks cafe with incredible amounts of accuracy. I bet it’s overpriced, too.

Coffee is frequently on the minds of the many, and cafes are becoming popular attractions to build on your island. While it’s rewarding to construct your own pit stop from scratch – by adding personal quirks to its design – many have missed fan-favorite character Brewster and his cafe The Roost. Fans have been patiently waiting for his return to the game, and data miners recently spotted a line of code which suggests The Roost will be up and running very soon.

Until the pigeon barista makes his triumphant return, one islander has taken it upon themselves to bring the ‘Siren’ of coffee to the life sim. Redditor ‘Evay-Lynn’ shared a series of screenshots with the Animal Crossing subreddit, showcasing their homely Starbucks cafe.

The first impression you get from the creation is how cosy and inviting it looks, being warmly lit by the evening sun which complements the outdoor cafe’s wooden aesthetic – on-brand with Starbucks’ interior design. Three-tier cakes, detailed menus, and green and white stalls complete with the Starbucks logo made the cafe feel very familiar, and the cups even carried the logo as well. 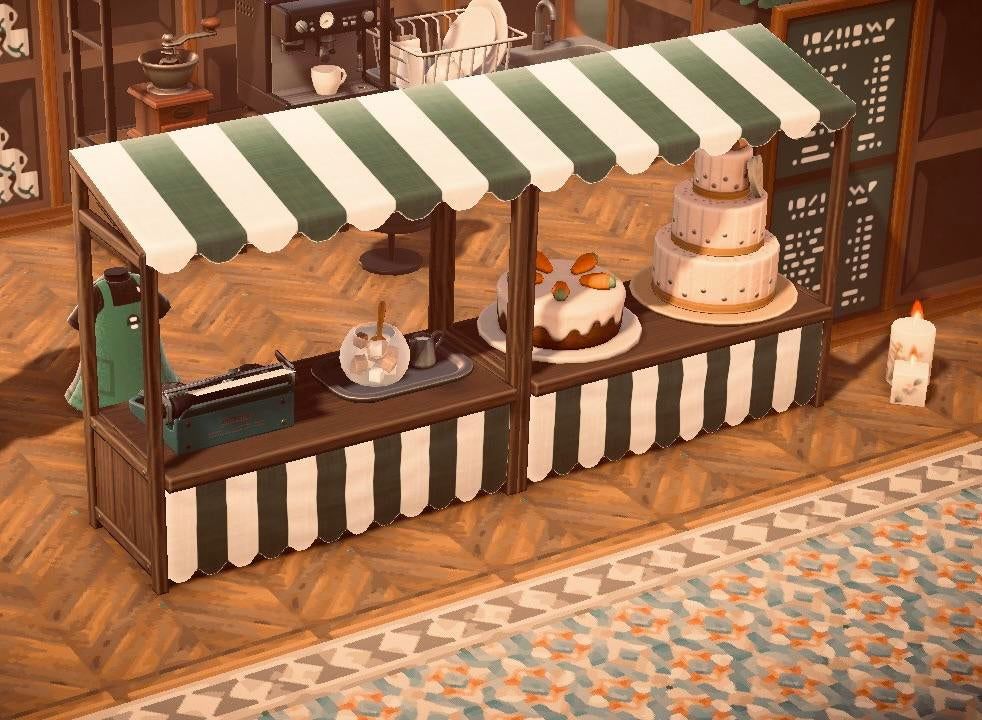 The cafe is one of a million creations and replicas that users invest in to add character to their island. The free rein given by Nintendo to recreate pretty much anything in-game is admirable, and creators can even share their codes with others in order to bag specific builds. Nintendo has also been busy retouching its own, exclusive island in New Horizons, giving its wonderland a “facelift” after debuting the island for the first time last year.

Veteran Animal Crossing creators also undertake mammoth projects, including the recreation of entire set pieces from films. One user remade iconic scenes from Studio Ghibli’s Spirited Away, where you can see the user’s character – dressed like Chihiro – standing on the bridge in front of Yubaba’s bathhouse. The eye-widening structure was built by adding to the user’s home and painting it red, of course, with the addition of fairy lights and a sea of greenery surrounding it.