So you've managed to discover the Escape Academy. Well done you! You're on your way to becoming a master of the art of escapecraft and there are plenty of fun levels awaiting you – but first, you'll have to prove that you're worthy of the challenge. You have an entrance exam to complete.

You'll have 15 minutes to complete this level, but that's more than enough. After all, your mission here is to figure out the headmaster's full name from the clues presented to you. That can't be too difficult, surely? 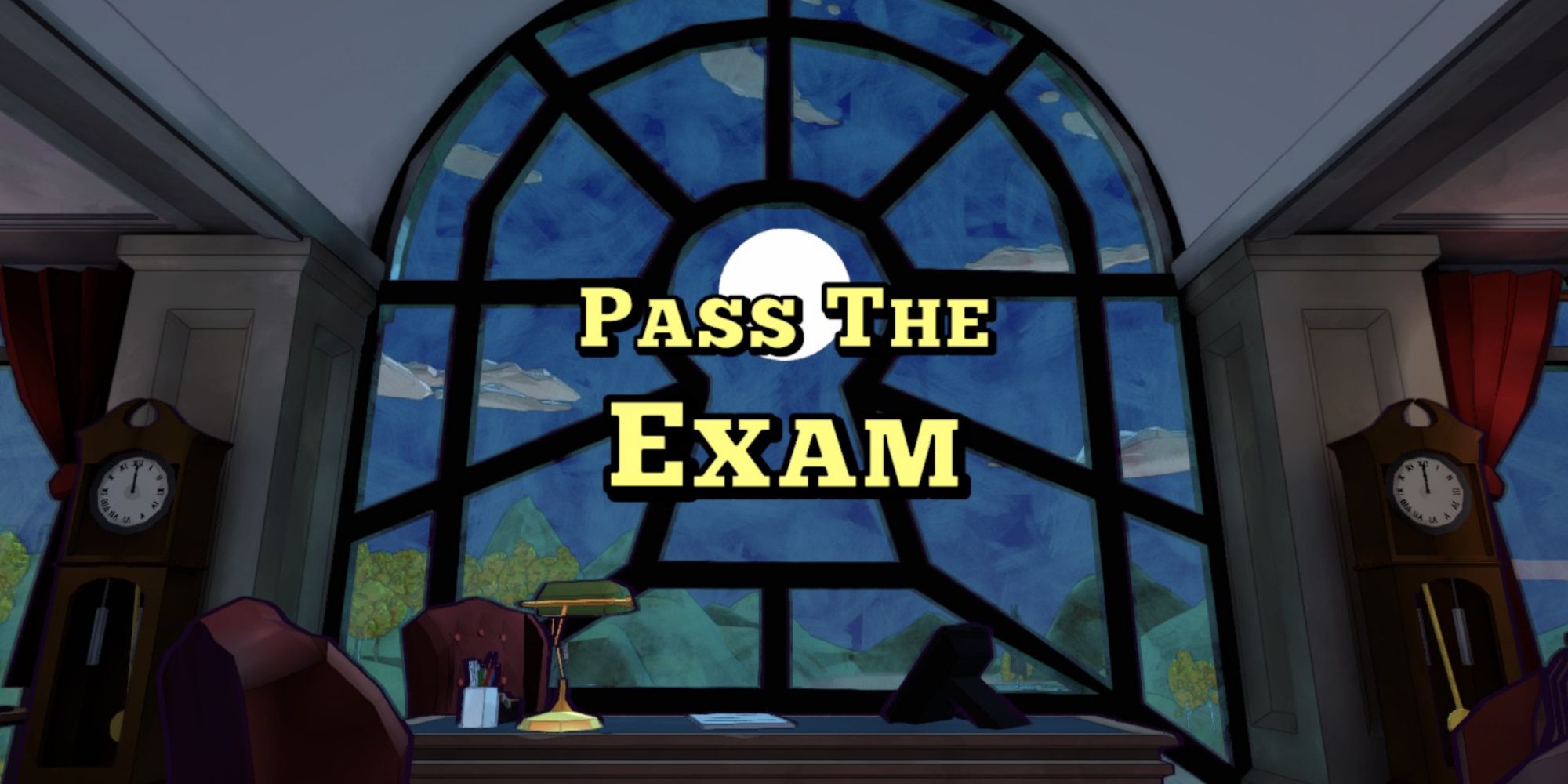 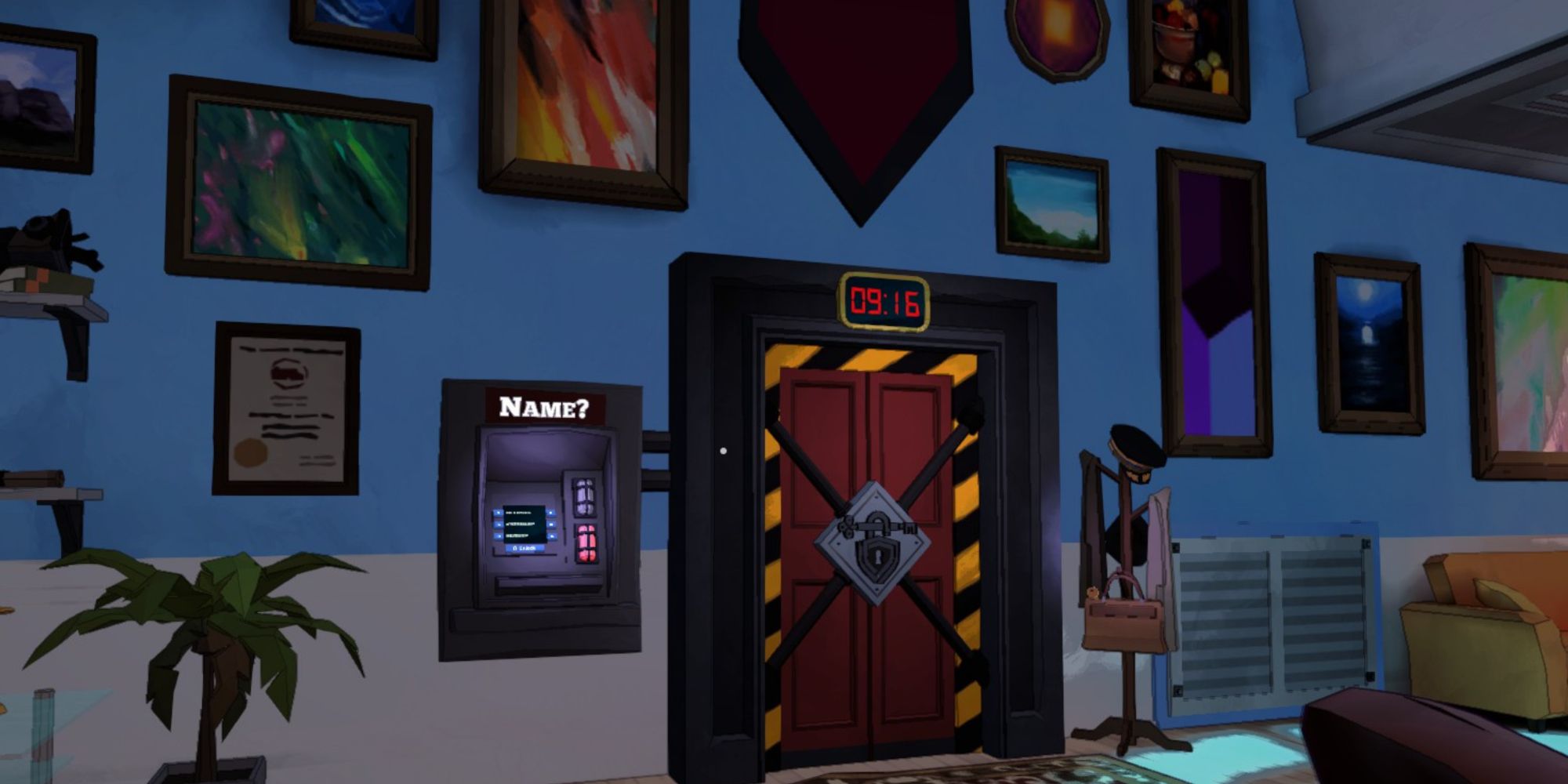 First thing's first – search the place. This is something you should be doing at the start of every level in Escape Academy. You should be getting a good look at your surroundings and finding any items that you can pick up. Speaking of, pick up the following: 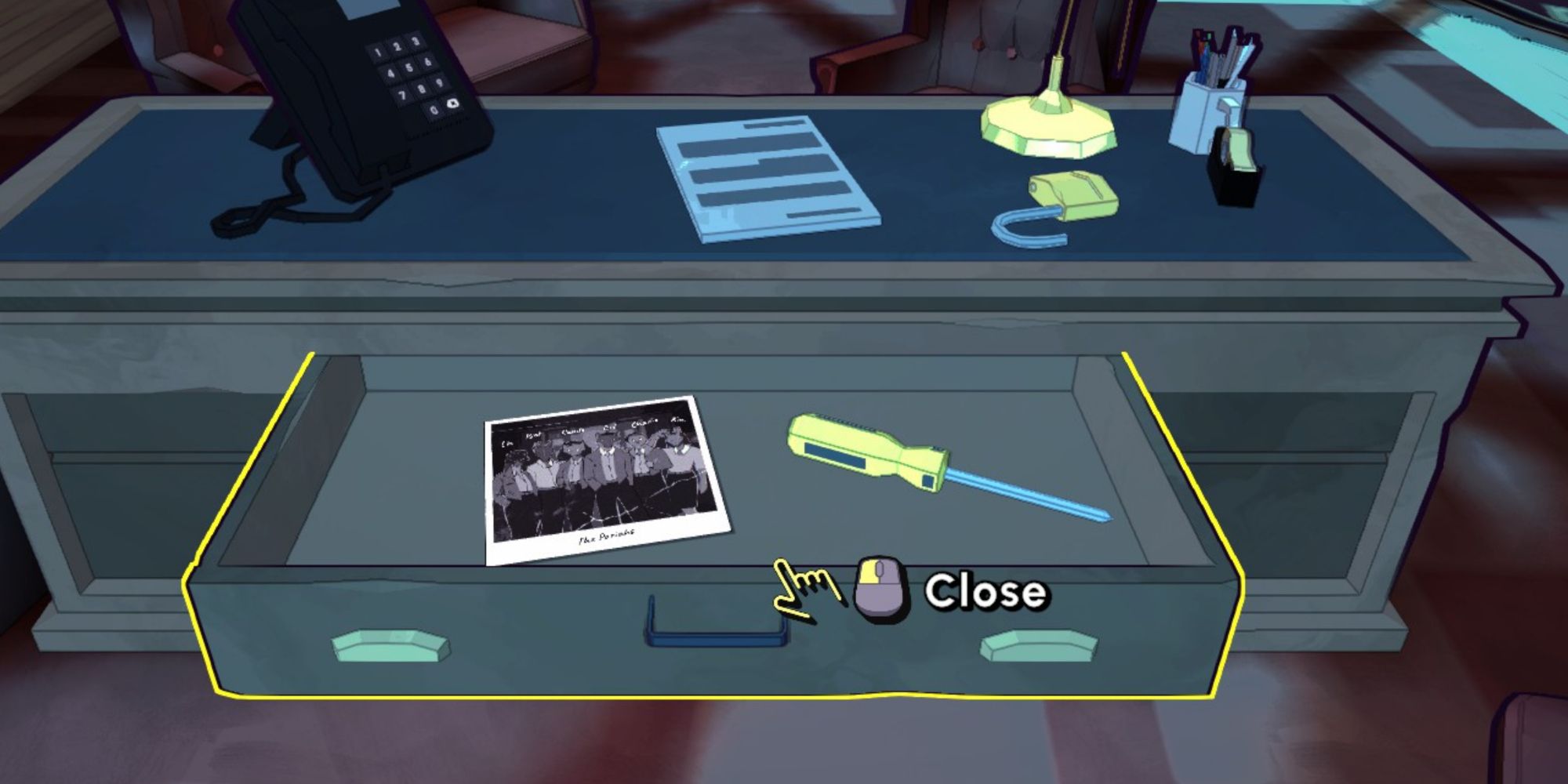 Use the Small Key to open the drawer in the headmaster's desk and you'll be able to find and pick up a Group Photo and a Screwdriver.

Finally, you should find three different receipts as you explore the office. One receipt is for two clocks, one is for three trophies, and one is for five potted plants.

How To Solve The Book Puzzle 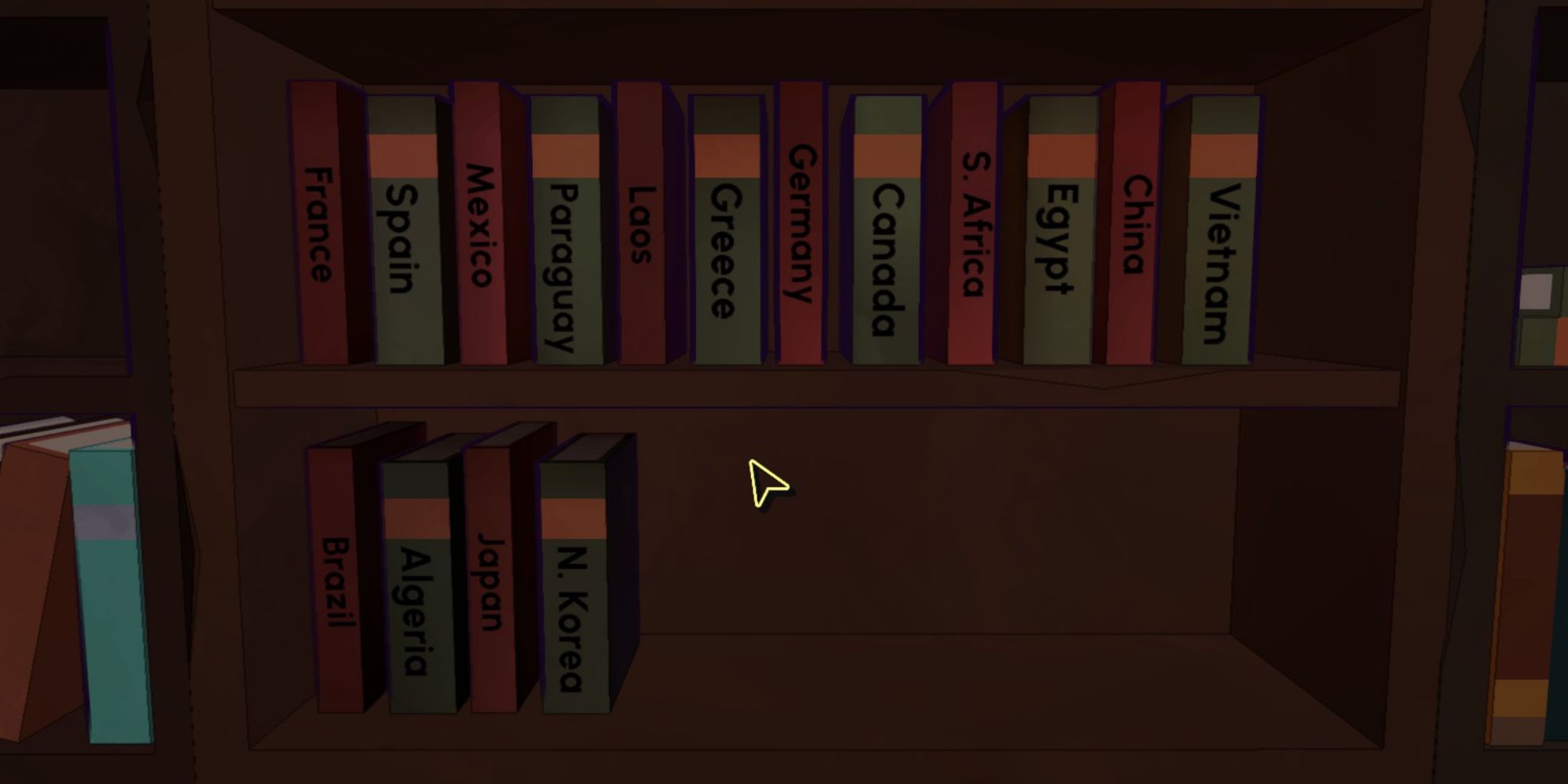 During your exploration of the office, you should notice that there are two shelves of books that are revealed to be fake, all of them with names of countries on them. You'll need to press the right books in the correct order to reveal whatever this bookcase is hiding.

Firstly, you'll have to find the headmaster's briefcase. It's to the left of the door and locked with a coded lock. On the briefcase are three icons – a clock, a plant, and a trophy. 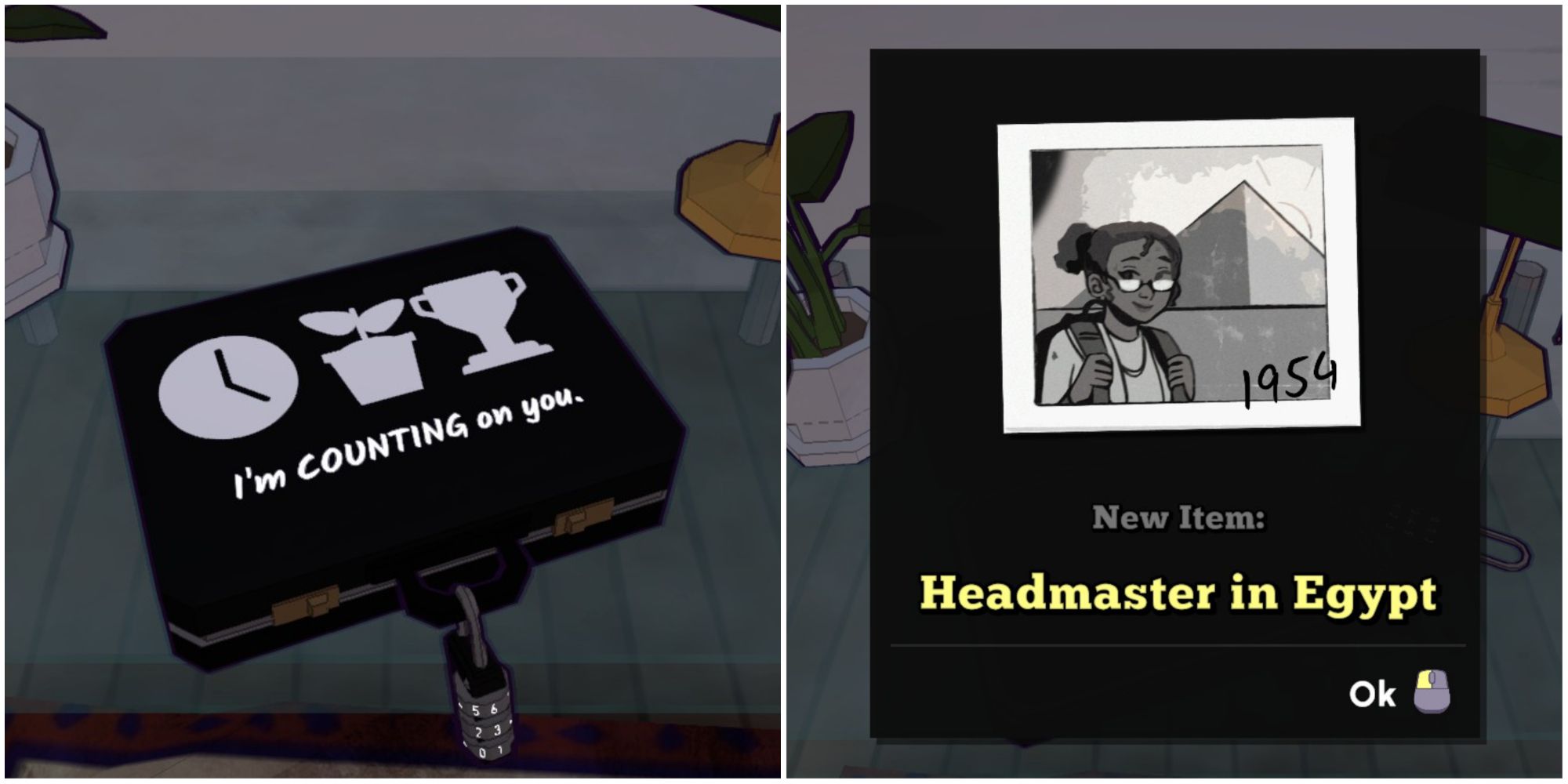 The secret to the code is revealed in the receipts you found earlier and the order is the same as the icons on the suitcase: the code is 253.

The suitcase will open, revealing three postcards from three different countries: Greece, Egypt, and Japan. Also note the years that these photos were taken: 1991, 1954, and 1975, respectively.

Head back to the bookcase and press the books in chronological order, as determined by the years on the postcards:​​​​​​ First Egypt, then Japan, then Greece.

The bookcase will swing open, revealing a secret room. With this, you now have everything you need to find out the Headmaster's name.

How To Find Out The Headmaster's First Name 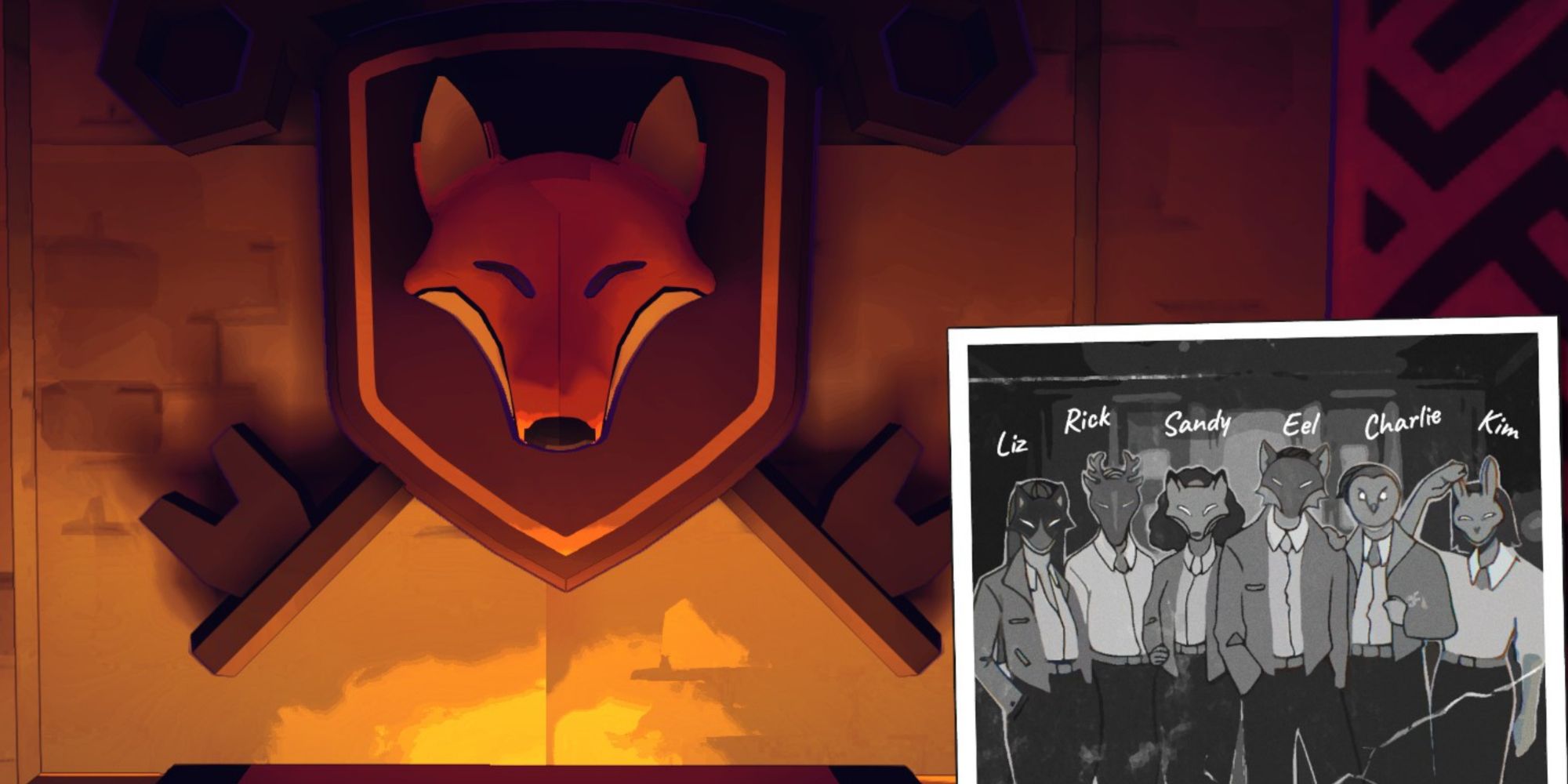 Finding out the headmaster's first name requires a little bit of detective work. Once you've opened the door to the secret room, you'll be able to interact with the stuffed fox head above the fireplace. Do so, and you'll realize that it's quite familiar.

Compare the head with the Group Photo that you picked up from the headmaster's desk. Every individual there has an animal mask on, and the one wearing a fox mask is Sandra.

How To Find Out The Headmaster's Middle Name 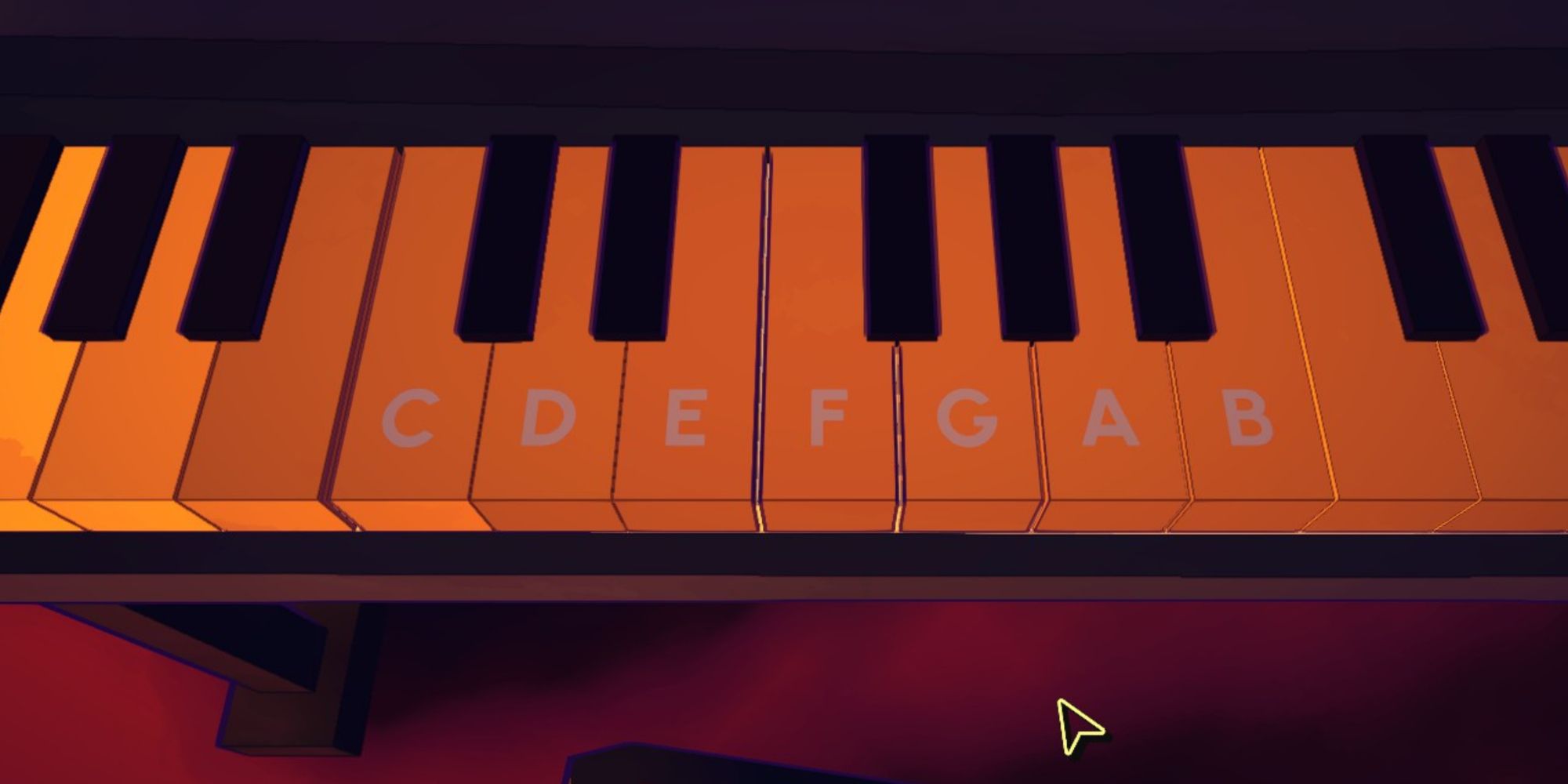 First, use the Floppy Disk with the computer that you find in the secret room. This will boot the computer's screen on and display the word 'DEAD.' This is a hint.

Head to the piano in the corner of the room. Fortunately, you don't need to be a music major (or even a music minor!) to solve this puzzle – the notes are written on the keys. Press the keys to play D, E, A, and then D. The compartment in the piano will open, revealing a UV Lightbulb. Pick it up. 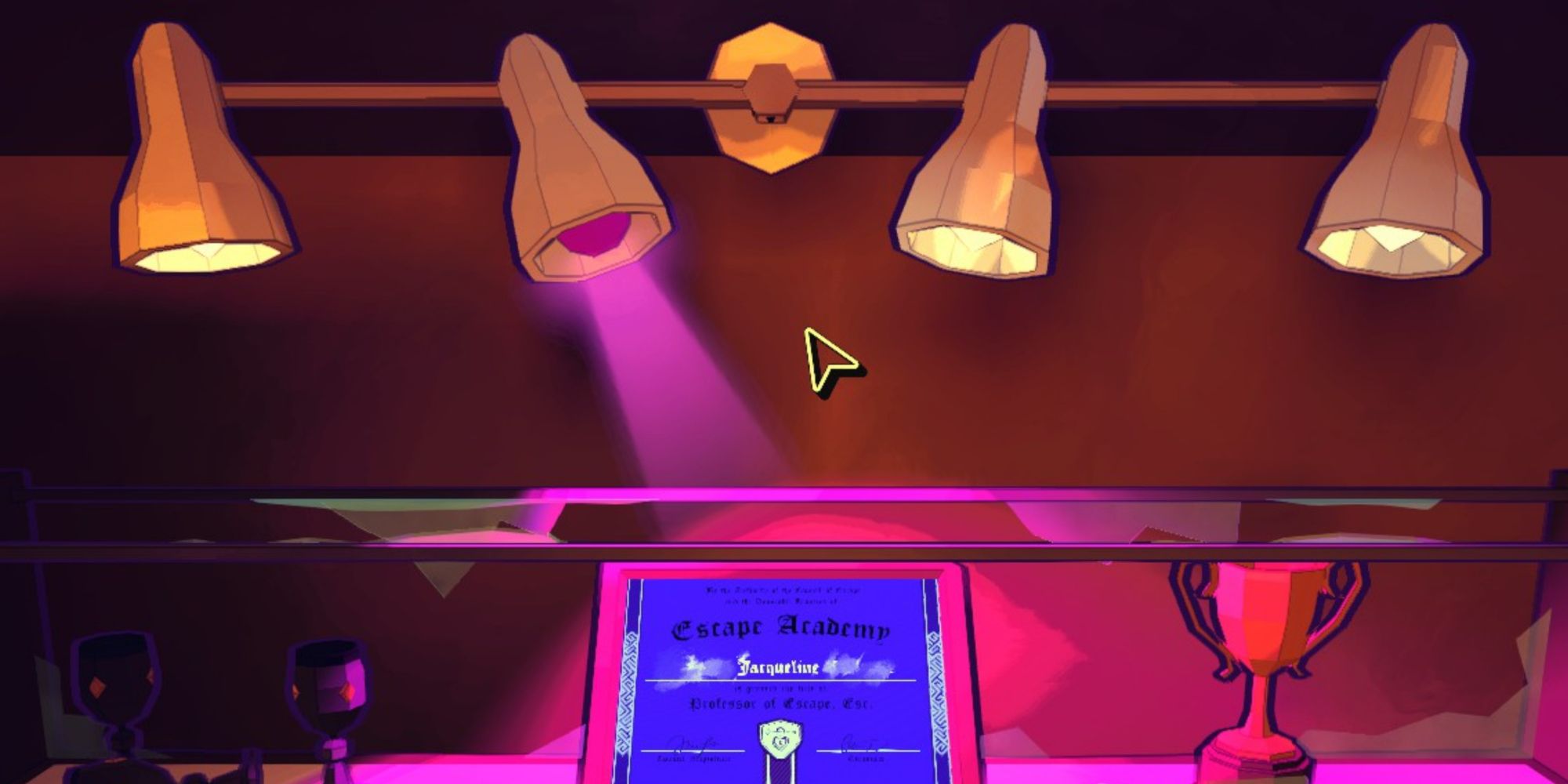 Bring the lightbulb to the display cabinet to the right of the secret door. Place it in the only spare socket and it will reveal a name on the certificate: Jacqueline.

How To Find Out The Headmaster's Last Name 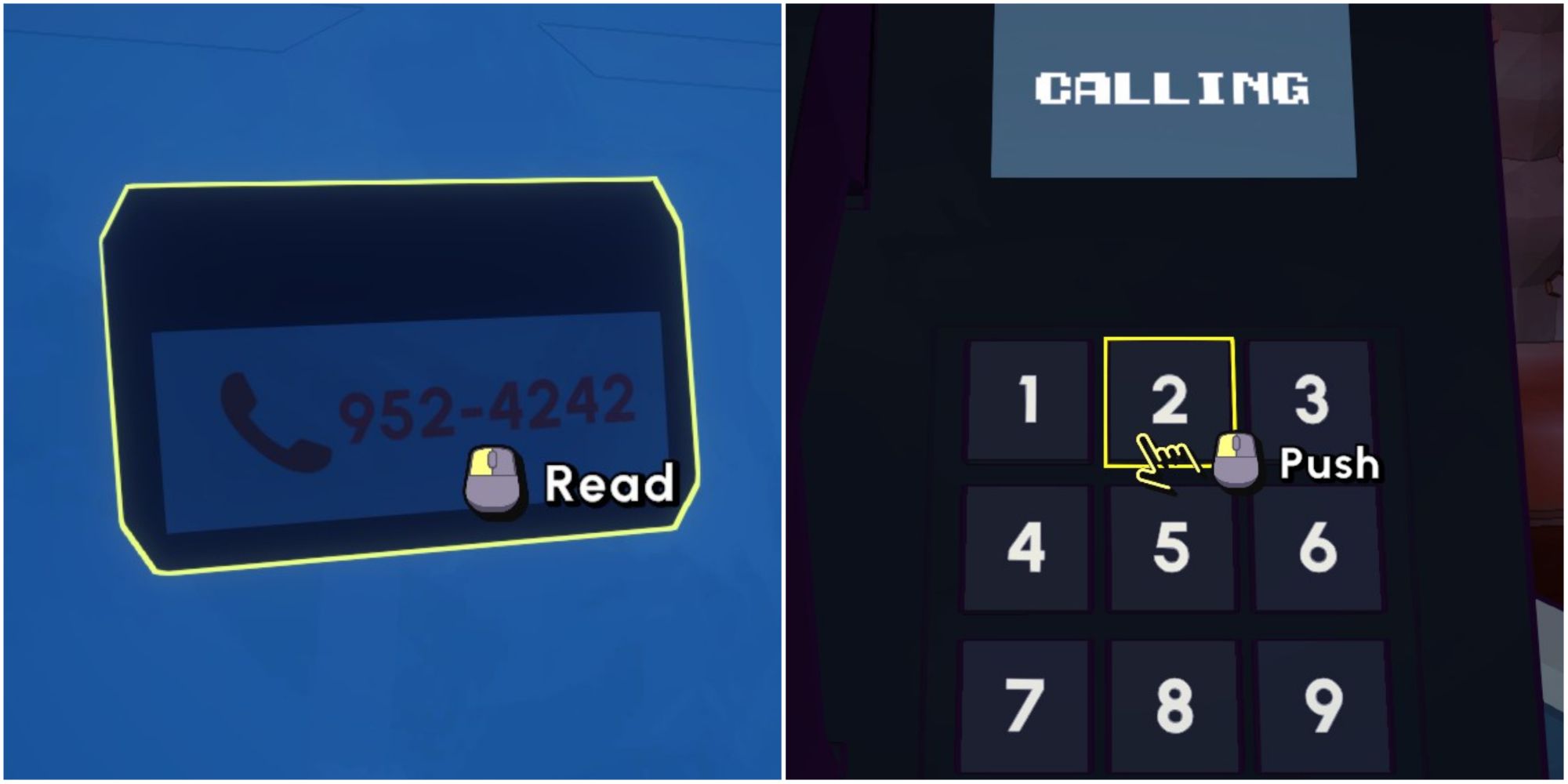 To find out the headmaster's first name, you'll first need to enter the vent to the right of the office door. To do this, use the Screwdriver to remove the screws. Crawl through the vent, taking a moment to appreciate the Headmaster's setup on the left, and then note down the number at the end of the vent: 952-4242. This is the number for Jeb's vent maintenance service.

Head back to the office and interact with the phone on the desk. Enter the phone number that you just made a note of and Jeb will inadvertently reveal the headmaster's last name: Solange.

How To Escape The Room 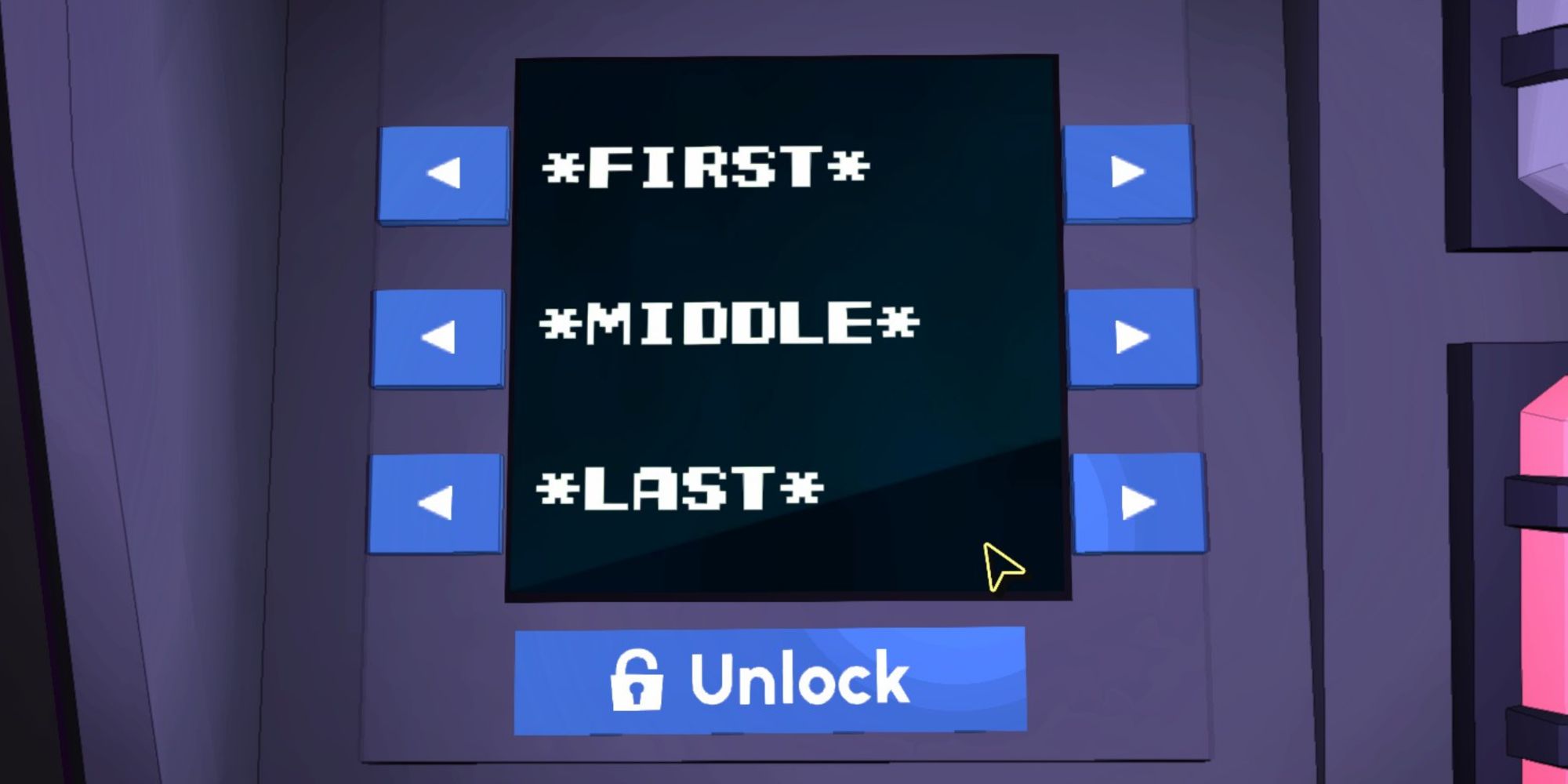 With all three names in your noggin, head to the device to the right of the office door. Enter the names as follows: Sandra Jacqueline Solange.

Click the unlock button and you'll complete the level. From here, you'll be free to pick which levels you tackle in whatever order you fancy!