Every Playable Character In Hyrule Warriors: Age Of Calamity (& How To Unlock Them)

It may not be the direct prequel to Breath of the Wild that many had been hoping for, but Hyrule Warriors: Age of Calamity is every bit as enjoyable. It serves as a prequel to the aforementioned game while also building on the excellent foundation laid by the original Hyrule Warriors game.

As with its predecessor, Age of Calamity allows players to unlock a steady stream of characters as they make their way through the main story and also has a handful of optional characters too. There are 18 in total, although if the original game is anything to go by, there are likely many more on the way. For the time being though, here’s how players can unlock all of the game’s current playable characters.

In order to unlock these characters, players need only complete their associated stages. 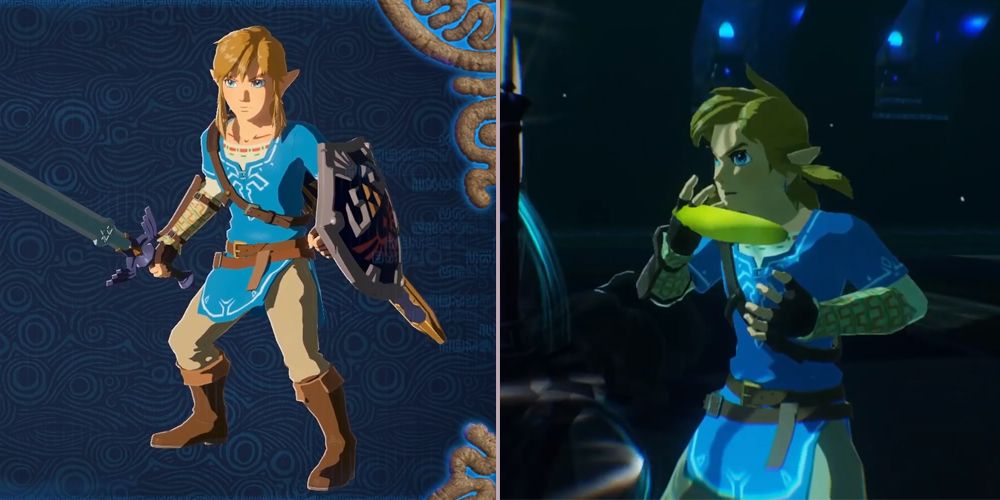 Although players will control Link in the very first stage, he won’t be properly unlocked until after the stage has been completed. Thankfully, as the stage serves more as a tutorial, this shouldn’t prove too difficult for most players. 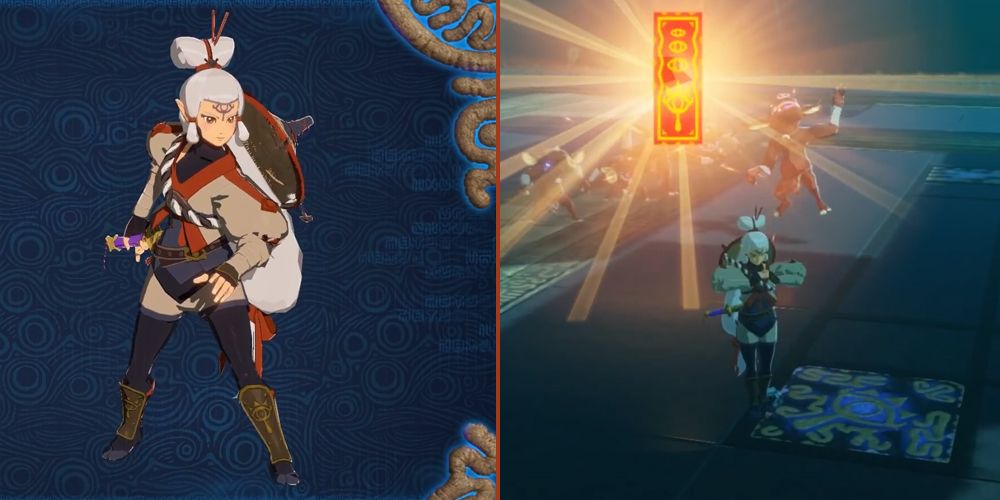 Impa will join Link during the game’s first stage and, like the young Hyrulean, will be unlocked following its completion. She wields a Kodachi and is best suited to dishing out special attack damage. 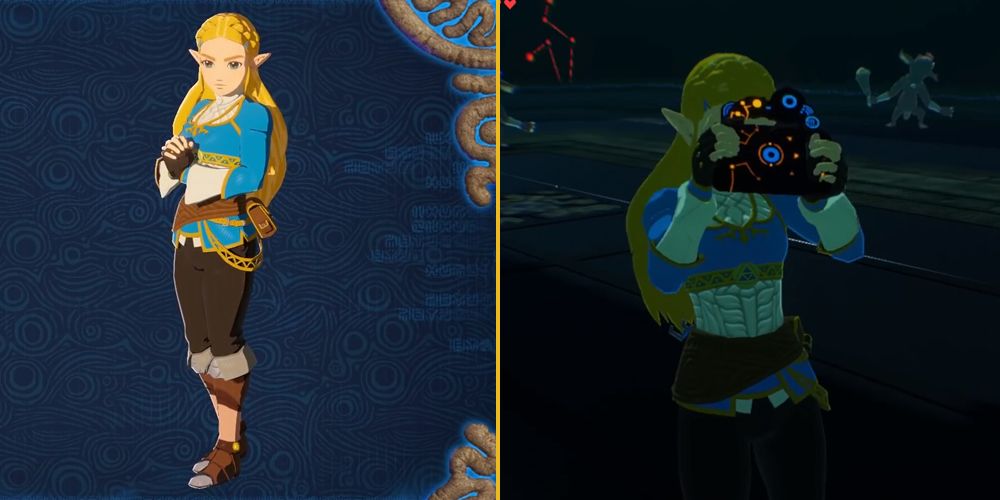 The next character that players will unlock is none other than Princess Zelda, who will join the fight in the game’s second stage and is selectable upon its completion. Her Sheikah Slates are best equipped with strong attack damage seals. 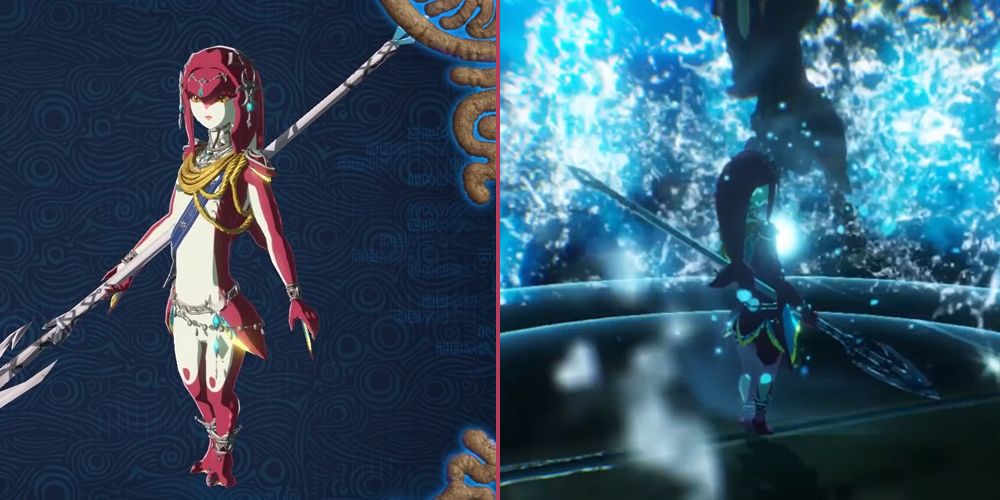 All of the stages in Chapter 2 are named after the characters that completing them unlocks, making Mipha the fourth unlockable warrior. She fights using Spears and Tridents and has a lot of quick attacks, so speed seals are always a good bet when playing as her. 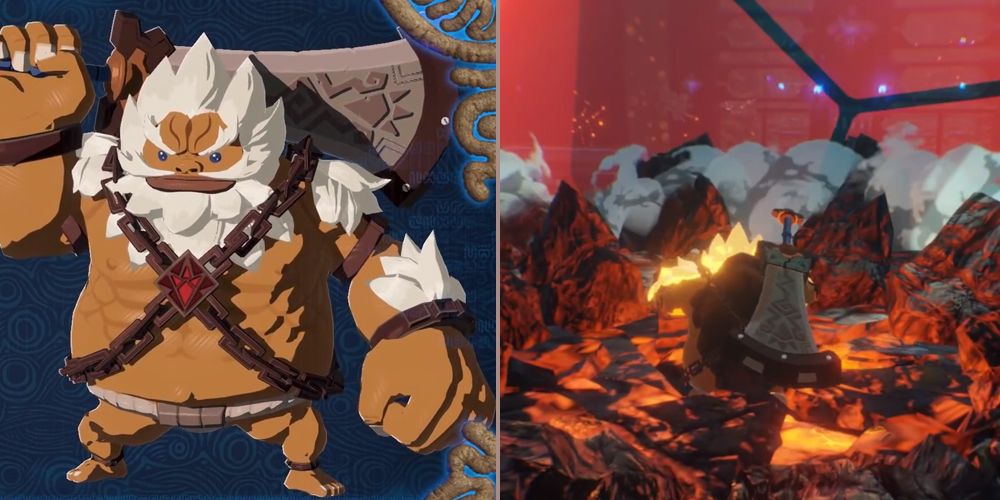 Daruk is unlocked by emerging victorious from the second stage of Chapter 2 and is the first of two Goron warriors that players can unlock. His weapon of choice is the Crusher, which benefits most from speed seals to balance out his great strength. 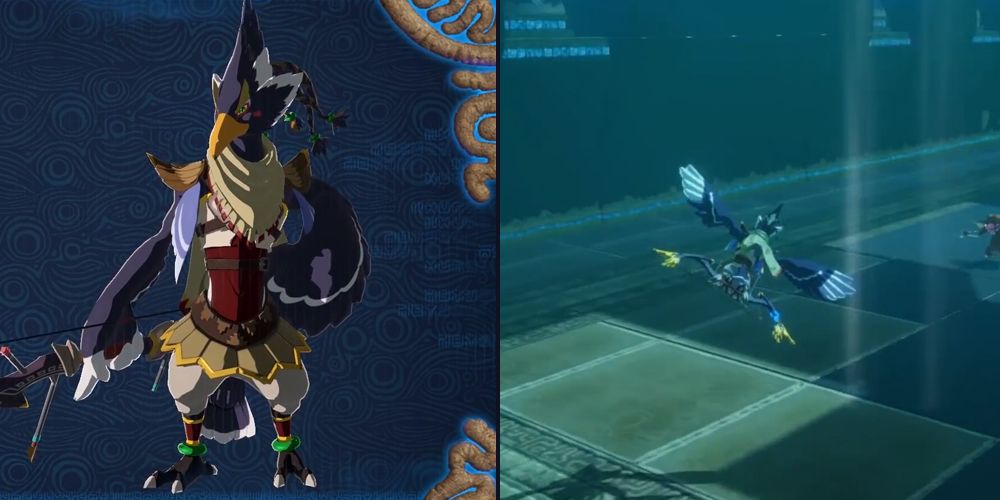 Revali is the next character to join the fray and will be unlocked following the completion of the game’s fifth stage. He fights using a Bow, but as most of his upgrades are for his aerial combat tree, it’s best to go with midair seals rather than speed seals. 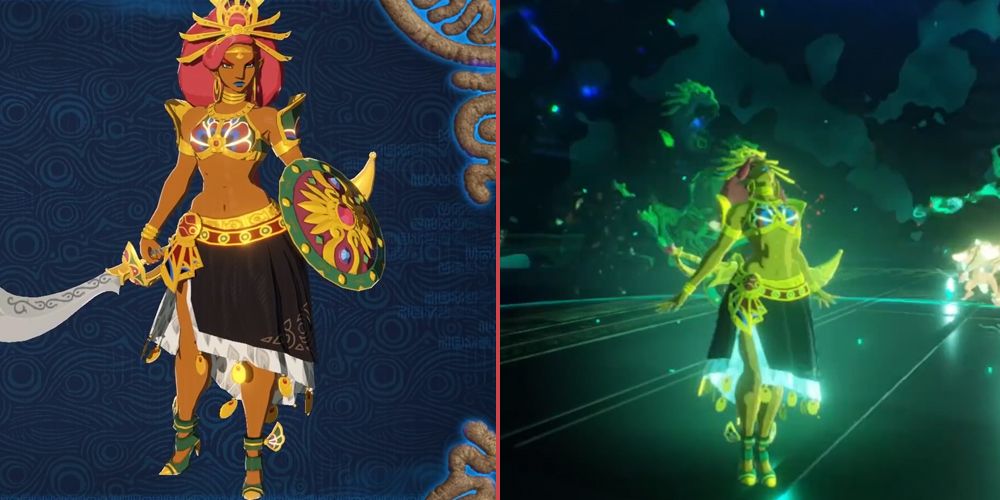 Chapter 2’s final unlockable character is Urbosa, who has access to some devastating lightning attacks. Her weapon of choice is the Scimitar and it’s best to use speed seals to help charge her lightning gauge a little faster. 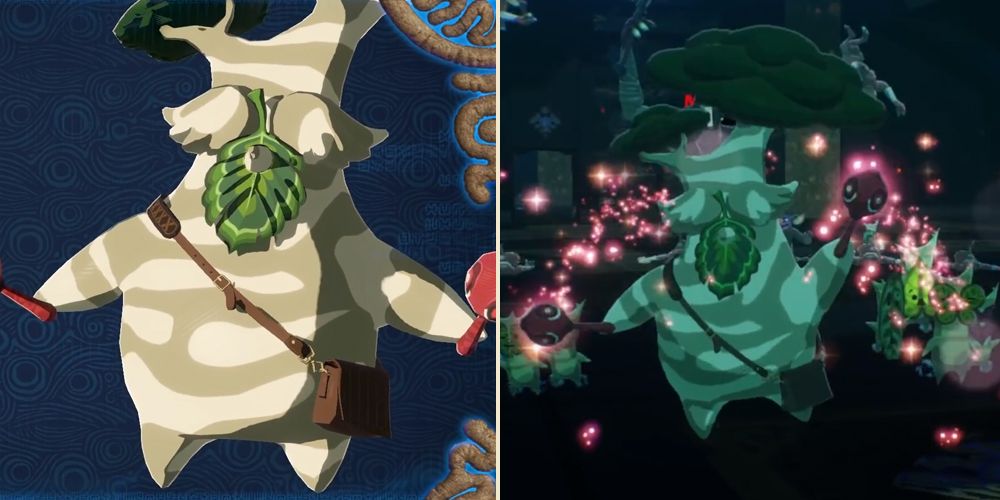 Hestu is a fairly unique character who is able to summon multiple smaller Koroks in battle. To best utilize this ability, it’s best to add strong attack damage seals to his Shakalaka Maracas although a few attack speed seals could also be helpful. 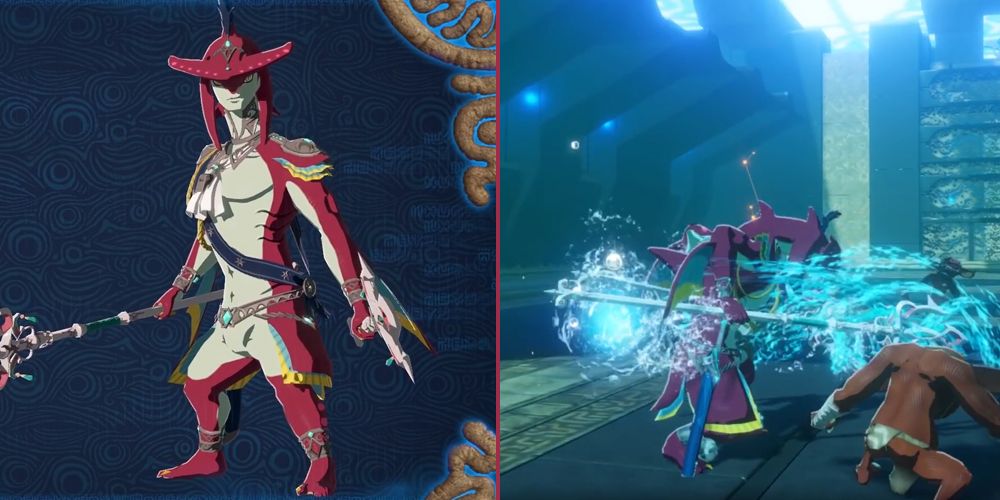 Sidon is unlocked following the completion of “Water and Fire” in Chapter 5 and, like his sister, fights using Spears and Tridents. As his unique attack focuses on his strong attacks, it’s best to supplement this with as many strong attack damage seals as possible. 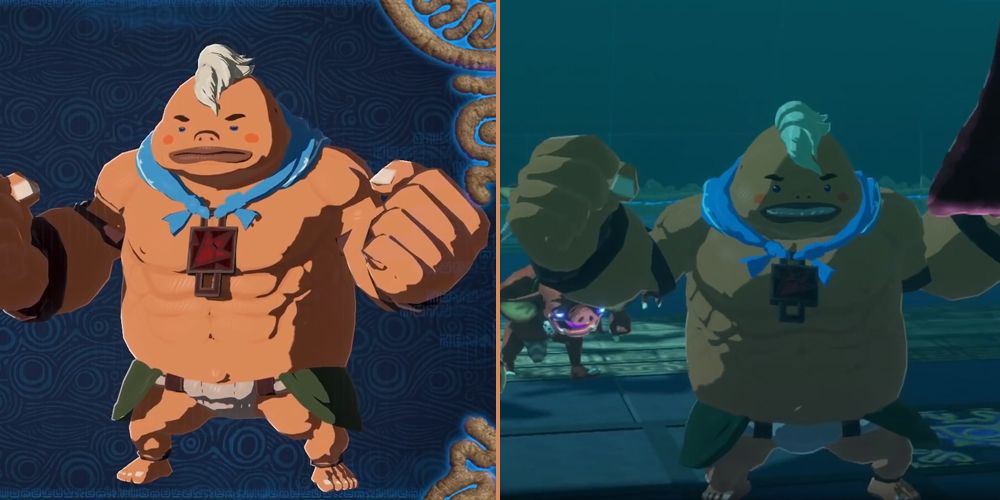 Yunobo is unlocked at the same time as Sidon and fights using a Rock Roast. As with the game’s other Goron Daruk, speed seals are the best way to compliment his strength. 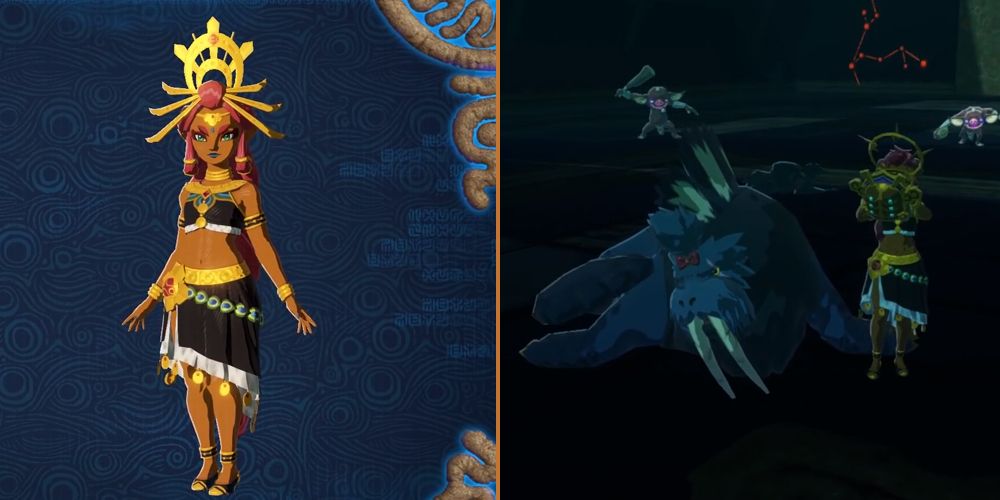 Riju becomes available following the completion of the “Air and Lightning” stage in the game’s fifth chapter. Rather than a traditional weapon, she’s instead equipped with a bridle for her Sand Seal, Patricia whom Riju rides in combat. It’s typically best to add dash attack seals to her weapons, although regular attack damage seals can also be useful. 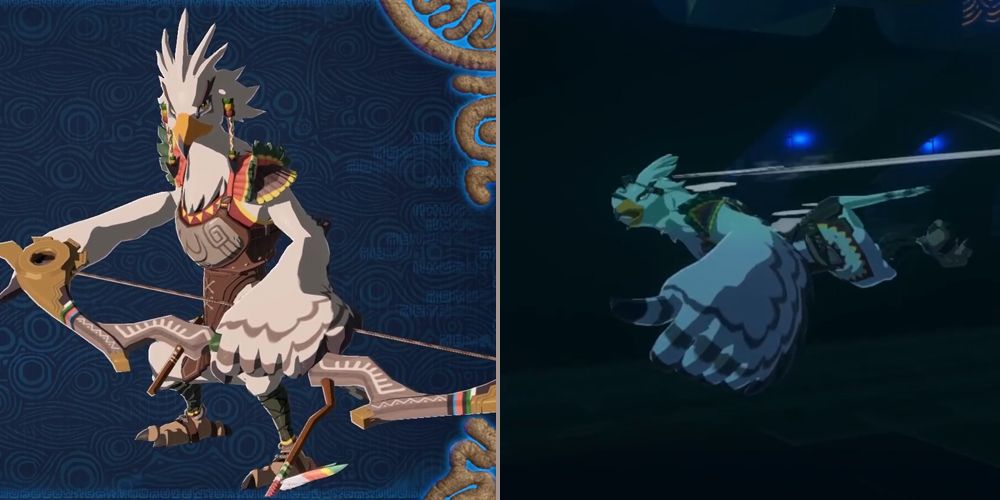 “Air and Lightning” is another stage with two unlockable characters, with Teba also joining the fight upon its completion. Like Revali, he also fights using a Bow although this time it’s better to focus either on speed or strong attack damage seals. 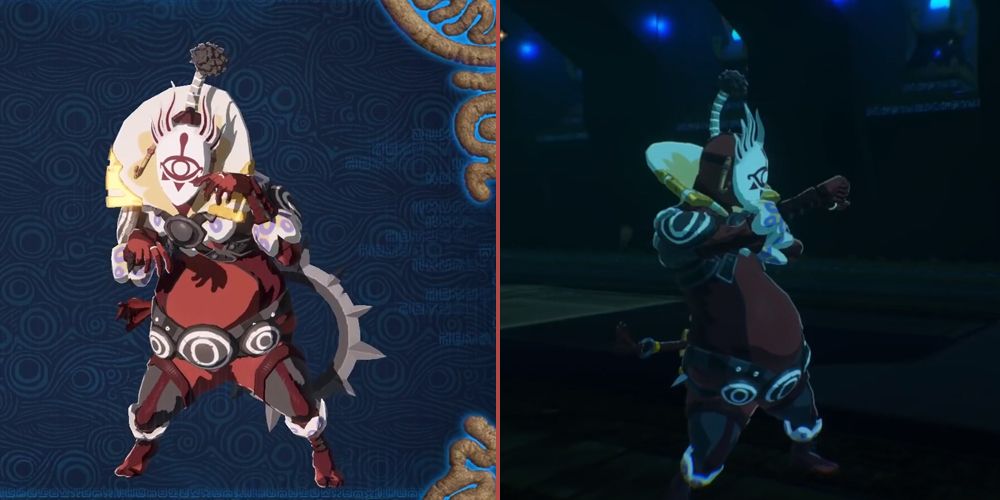 Although he starts out as an enemy, the Sickle wielding Master Kohga defects upon the completion of the “Each Step Like Thunder” stage in Chapter 6. As his unique attack relies on first spamming strong attacks, it’s best to equip his weapon with speed seals in order to make the most of it. 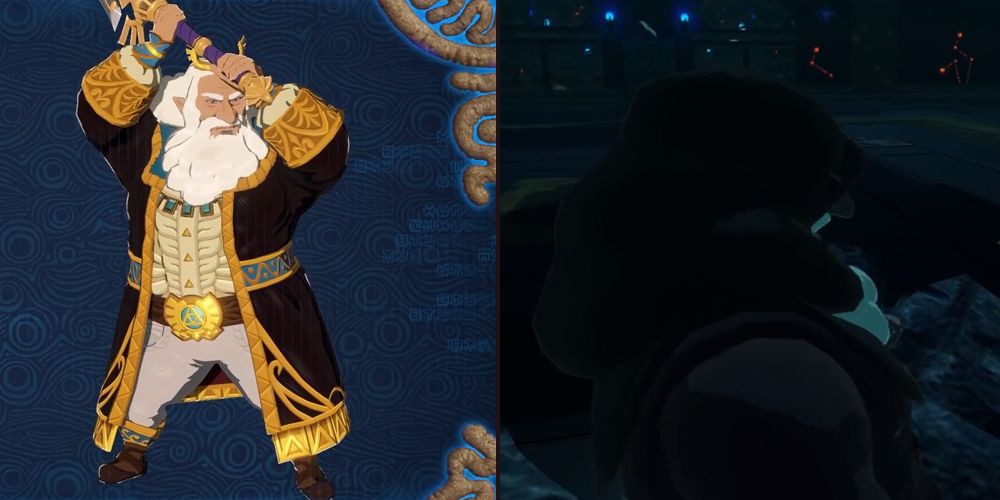 The King of Hyrule is a little late to the party, but, as they say, it’s better late than never. He joins the fight towards the end of the “Great Plateau” quest in Chapter 7 and will be unlocked upon its completion. His weapon of choice is the Claymore and it’s best complemented by strong attack damage seals. 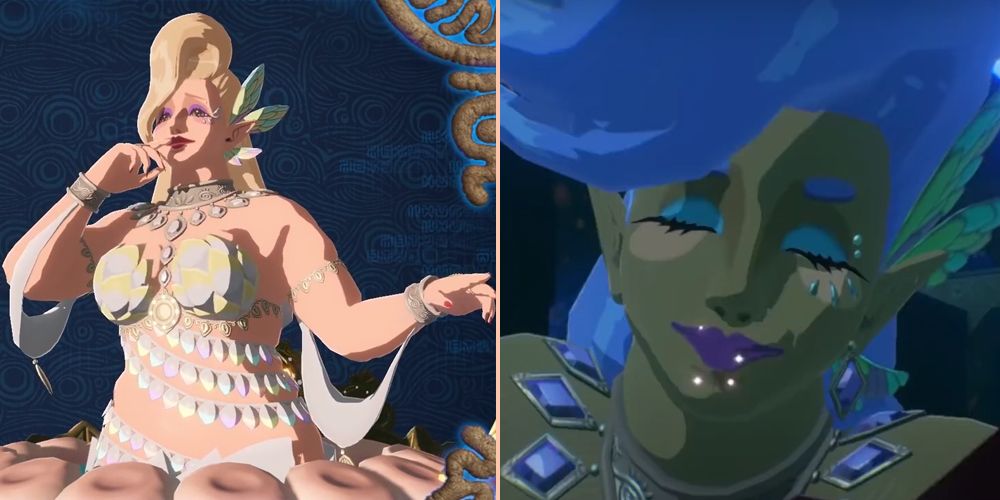 In order to play as the Great Fairies, players will first need to unlock the “Help on the Road” quest during Chapter 4. Upon completing it, they will then gain access to three Fairy Fountain challenges. These can be completed in any order and doing so will unlock one final challenge.

The Battlefield Challenge will now be unlocked and requires players to defeat 6 Moblins that are separated into four waves. Each one has a strict time limit and requires players to collect rupees from chests in order to reset it between waves. After all six have been defeated, players will then need to defeat the fourth and final Great Fairy, Mija. 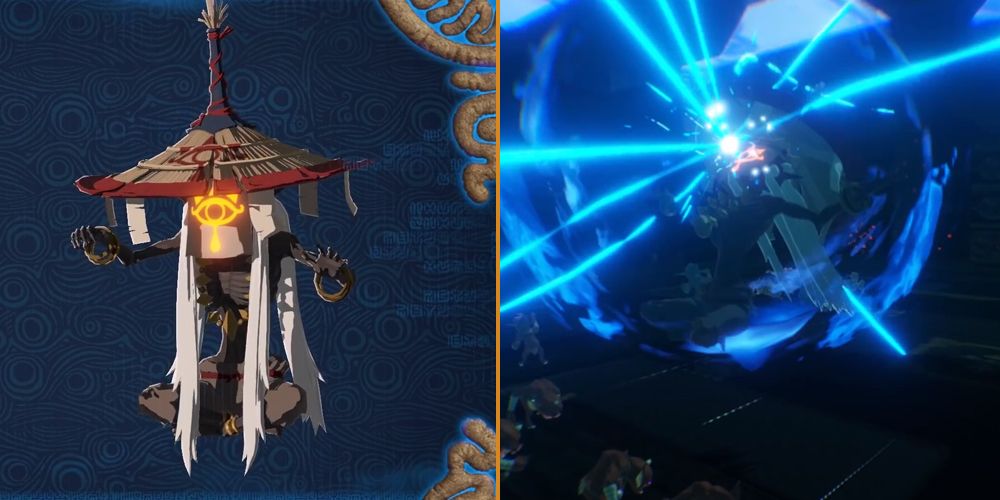 In order to unlock Maz Koshia, players will first need to complete the “Destroy the Yiga Clan!” stage in Chapter 4. After doing so, they will then need to obtain a number of items to complete three trials that can be found on the map screen. The items can be acquired through combat or occasionally purchased from merchants.

The required items are as follows:

After completing all of these trials, players will unlock a new stage called “The Trial of the Ancients.” Here, they will have three minutes to defeat Maz Koshia in combat. If they’re successful, he will be unlocked and available for selection. 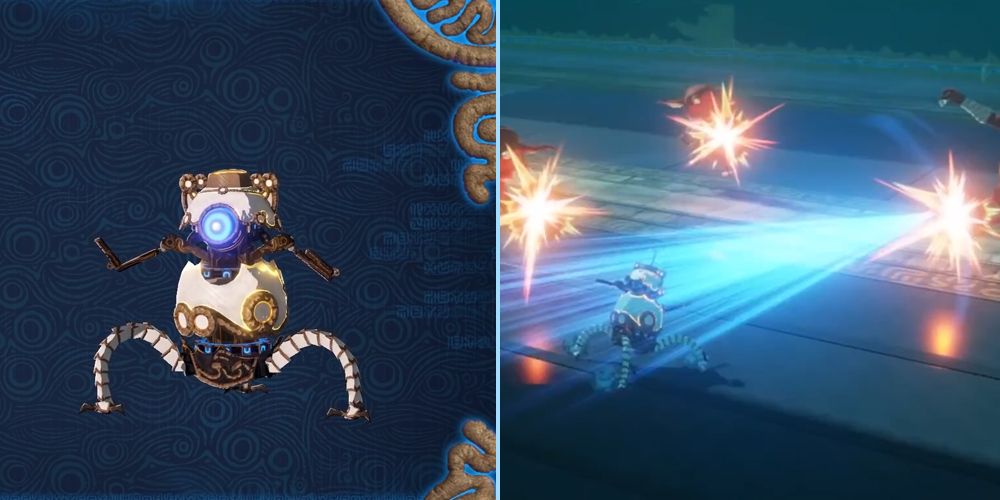 Terrako appears at numerous points throughout the game, but players won’t be able to unlock him until after completing the main storyline. They’ll then need to gather up 50 Terrako Components by completing the related quests that appear across the map. After doing so, they will gain access to the “A Royal Investigation” challenge which not only unlocks Terrako, but also the game’s secret ending. 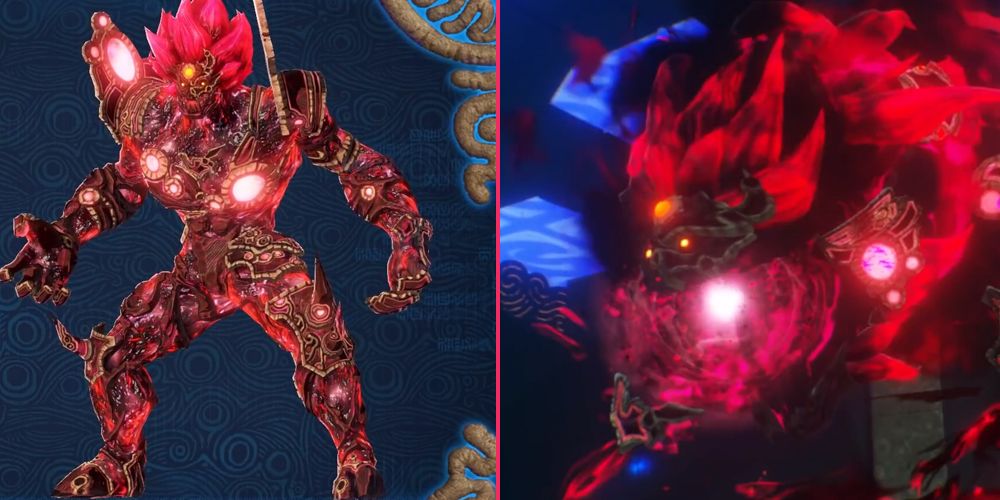 In order to unlock the game’s final boss as a playable character, players will first have to complete every challenge in the game including the Divine Beasts battles. Upon doing so, they will first unlock the “Versus Astor” challenge and then the “Versus Harbinger Ganon” challenge. After completing them both, the game’s final challenge will appear. By completing “Versus Calamity Ganon,” players will finally be able to play as Calamity Ganon.

NEXT: Pro Tips For Playing As Ganon 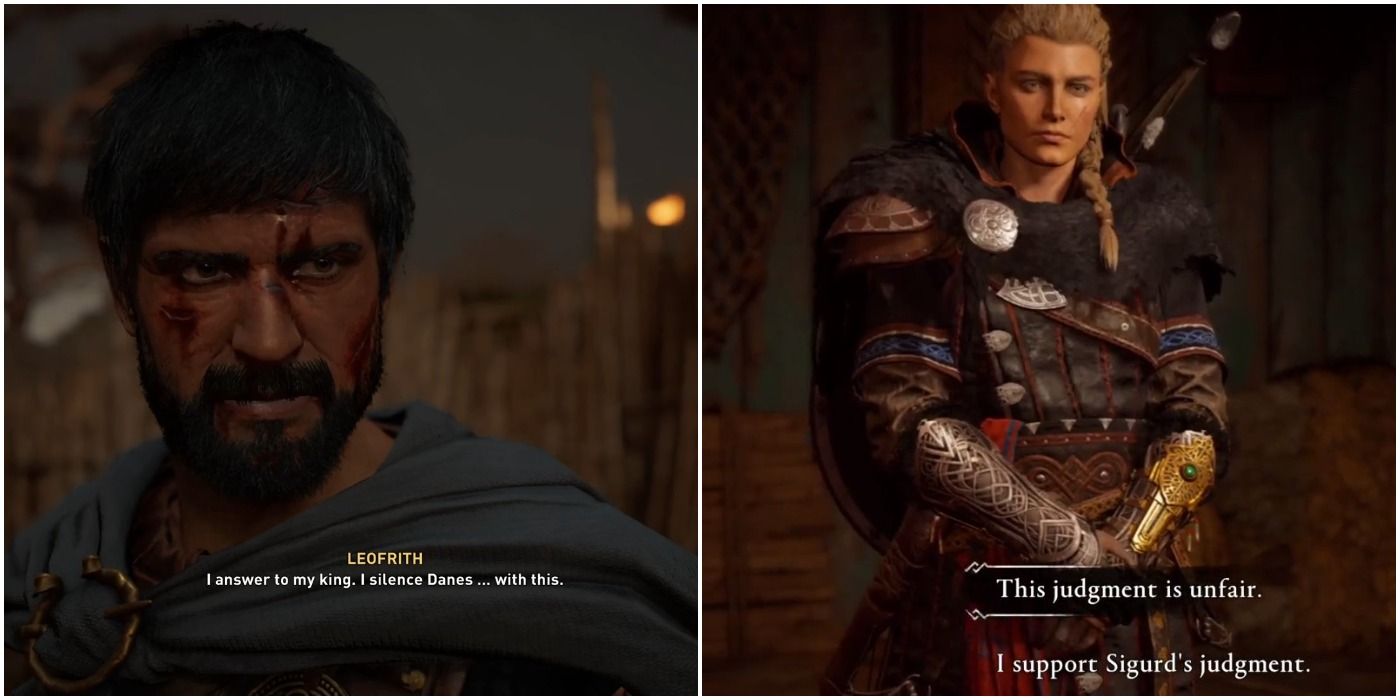