Marvel Ultimate Alliance 3: The Black Order looks to have a massive roster of supercharged heroes. We already know about 27 playable heroes, and there are more announcements to come, stretching across the Marvel universe and including characters from The Avengers, X-Men, Spider-verse, and more. As part of our month of coverage, we’re highlighting a few of our favorites. Today we take a deeper look at one of Marvel’s expert bowman: Hawkeye.

Raised by an abusive father, Clint Barton eventually ran away from home and joined a traveling circus where he learned how to be swordsman and trick bowman. After a short stint as a star carnival attraction, Barton was inspired to fight crime after seeing Iron Man in action. As Hawkeye, Barton eventually join both the East Coast and West Coast branches of The Avengers, and even took a turn leading the team. 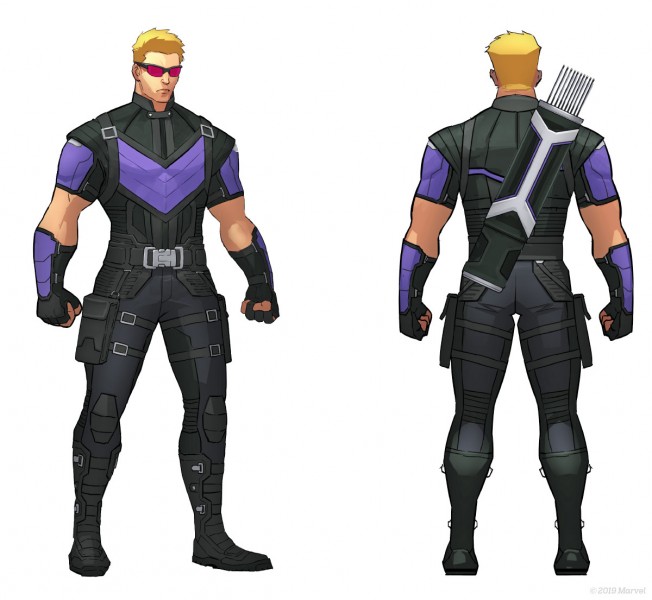 Master archer; peak human conditioning; excellence eyesight; what else do you want?

Exploding Arrows: Clint shoots several explosive arrows into the air that then rain down on the enemies and deal fire damage. Players can hold the attack button to aim.

Shock Value: Clint fires electric arrows in front of him dealing extra shock damage to characters in a row.

Scattershot: Clint shoots a barrage of explosive arrows at nearby enemies.

Piercing Shot: Clint’s arrows pierce enemies in front of him. Players can hold the attack button to aim and hidden the attack area.

Hawkeye is all about flexibility in combat. His specialty is ranged combat thanks to his arsenal off arrows. Hawkeye isn’t considered one of the most powerful avengers, but he’s pretty equally skilled in most things. He can hit his targets from across the battlefield, attack enemies in a line, rain down fire from the sky.

Come back throughout the month, because we’ll have more exclusive features and character profiles on Marvel Ultimate Alliance 3: The Black Order. Click the banner below to visit our hub.