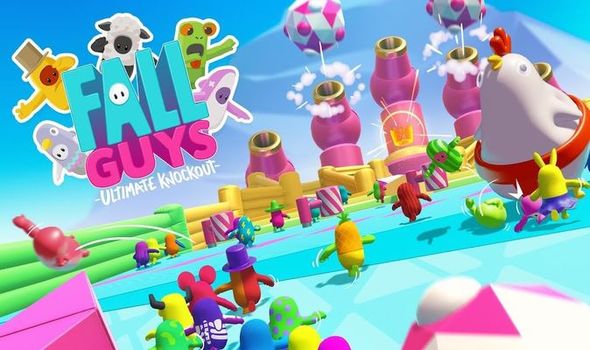 Players must survive each course in order to move to the next round and attempt to nab the golden crown.

It’s currently available as a free download for PS Plus subscribers, or it can be purchased for £15.99 from the PlayStation Store and Steam.

Just days after a successful launch, developer Mediatonic has revealed more about its future plans for DLC and Twitch integration.

Speaking exclusively to Express Online, lead designer Joe Walsh said: “We’re already working on new packs of levels that are going to drop (for free) pretty often over the next few months, and each new season is going to come with a ton of new costumes to unlock too.

Twitch integration is of particular interest to the company, as Mediatonic attempts to capture the gameshow feel.

Get a 12-month PlayStation Plus subscription for just £39.85 from ShopTo

“We’re inspired by gameshows after all and so it makes total sense to push the watchability of the game!” Walsh adds.

The company has also posted a preview of the upcoming DLC over on Twitter, confirming plans to release new skins, levels and gameplay features.

Elsewhere, Fall Guys Ultimate Knockout has also received a big new update ahead of the weekend.

Crucually, the new update makes improvements to the servers, and also disables custom names on Steam. You can see the patch notes below…

• Optimisations and enhancements to the servers for the weekend!

“Fall Guys is a massively multiplayer party game with up to 60 players online in a free-for-all struggle through round after round of escalating chaos until one victor remains!” reads the official description.

“Fall Guys: Ultimate Knockout flings hordes of contestants together online in a mad dash through round after round of escalating chaos until one victor remains!

“Battle bizarre obstacles, shove through unruly competitors, and overcome the unbending laws of physics as you stumble towards greatness. Leave your dignity at the door and prepare for hilarious failure in your quest to claim the crown!”

In addition to competitive multiplayer, Fall Guys can also be played co-operatively, as players solve challenges in team-based matches.

There’s also a deep customisation element, with characters able to dress up in everything from pineapple suits to bunny hats.