Just a short time after Fallout 76 players found a glitch that let them spawn NPCs into the game, Bethesda released a preview of official NPCs that will be appearing in the upcoming Wastelanders update next year. The sneak peek that players were shown focused on the residents of a wasteland bar called The Wayward, whihc will appear in the Forest region of the game.

Just outside Vault 76, whether a player is emerging from the vault for the first time or revisiting their old stomping grounds after a while, reclaimers will meet two wanderers named Lacey and Isela. These two are newcomers – settlers that came into Appalachia after the Scorched apocalypse that wiped out the rest of the previous residents – and they have some questions about their new home. If players help them out, they’ll lead them to a location called The Wayward. 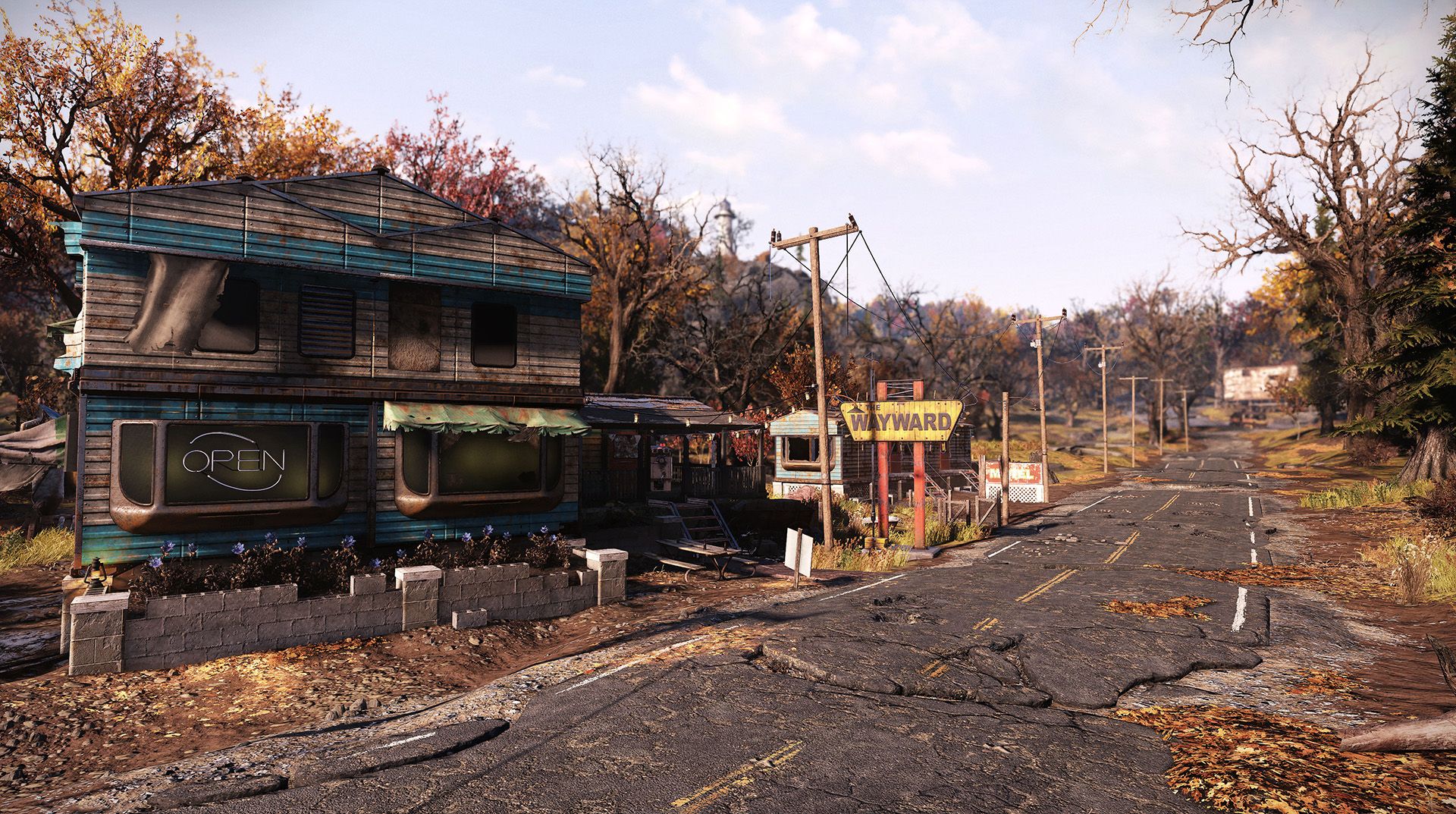 The Wayward is a small bar in the starting area, up the road from the town of Flatwoods. It is a new area with a couple new unique NPCs, Duchess and Mort.

Duchess, another newcomer to the area, owns the establishment. She’s been having trouble with some especially rowdy patrons recently, acting aggressively and causing trouble instead of enjoying her drinks. She’ll ask you to check them out and figure out what they want if you head their way. Mort is a ghoul and The Wayward’s resident barfly. He will likely be most helpful to new players, since he can give them information on different places he’s explored in the Forest and refresh their memory about C.A.M.P. mechanics, in case they want to learn from an NPC and not holotape recordings found on corpses.

The Wayward’s residents are the only characters that have been announced so far and won’t appear in game until Wastelanders comes out, but Bethesda promises that the DLC will make the Appalachia wasteland feel much more alive. The preview definitely seems to hint at something further; perhaps Duchess’ violent customers were some of the raiders in the raiders vs. settlers conflict that the first Wastelanders trailer teased. Hopefully, Bethesda will release more previews as it gets closer to releasing the DLC next year.