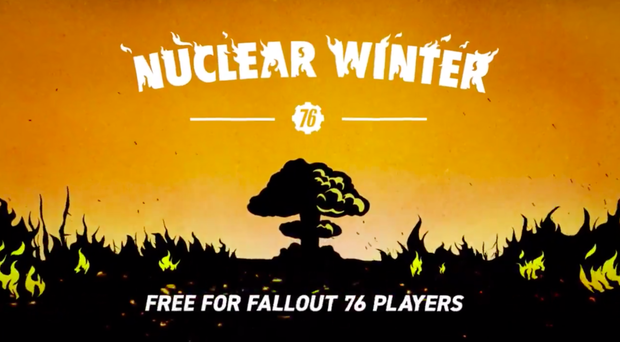 Fallout 76 is getting a Battle Royale Mode “F**k Yeh” shouted the Bethesda team on stage.

Before we detail what we knew about the game from the stage announcements, here’s what we already knew about the Nuclear Winter update, which is planned for Summer 2019.

“Summer will bring another series of major updates to Fallout 76, including Nuclear Winter – an entirely new way to play that changes the rules of the wasteland.”

As for features, here’s what we already know:

You will fight to become the Overseer of Vault 51, but to do that you need to engage in a 52 player Battle Royale mode.

Very Cool. Take a look on the trailer below.