Fallout: New Vegas is already a decade old, but perhaps that's not old enough for you. Maybe you're looking for something that's more like the original Fallout games in terms of narrative presentation. And if that's the case, we've got the mod for you.

Courtesy of daroskey comes the "Talking Heads Dialog Interfaces" mod, which attempts to give New Vegas a more classic feel by providing a UI that frames the face of whoever it is you're talking to. This makes your game look more like the original Fallout 1 and 2's talking heads–hence the name.

The Talking Heads mod also comes with a number of different cosmetic options to customize the look of your conversation window. You can choose between five distinct looks, including Desert Ranger, Reilly's Rangers, Talon Company, Enclave, and Vault-Tec colors. You can also get the mod with or without the actual window framing the character you're talking to, and you can opt for each side of the conversation window to be filled in with "plates." However, those plates will apparently obstruct the XP-gain and quest notifications, so perhaps don't get that version of the mod unless you're extremely confident in your playthrough. 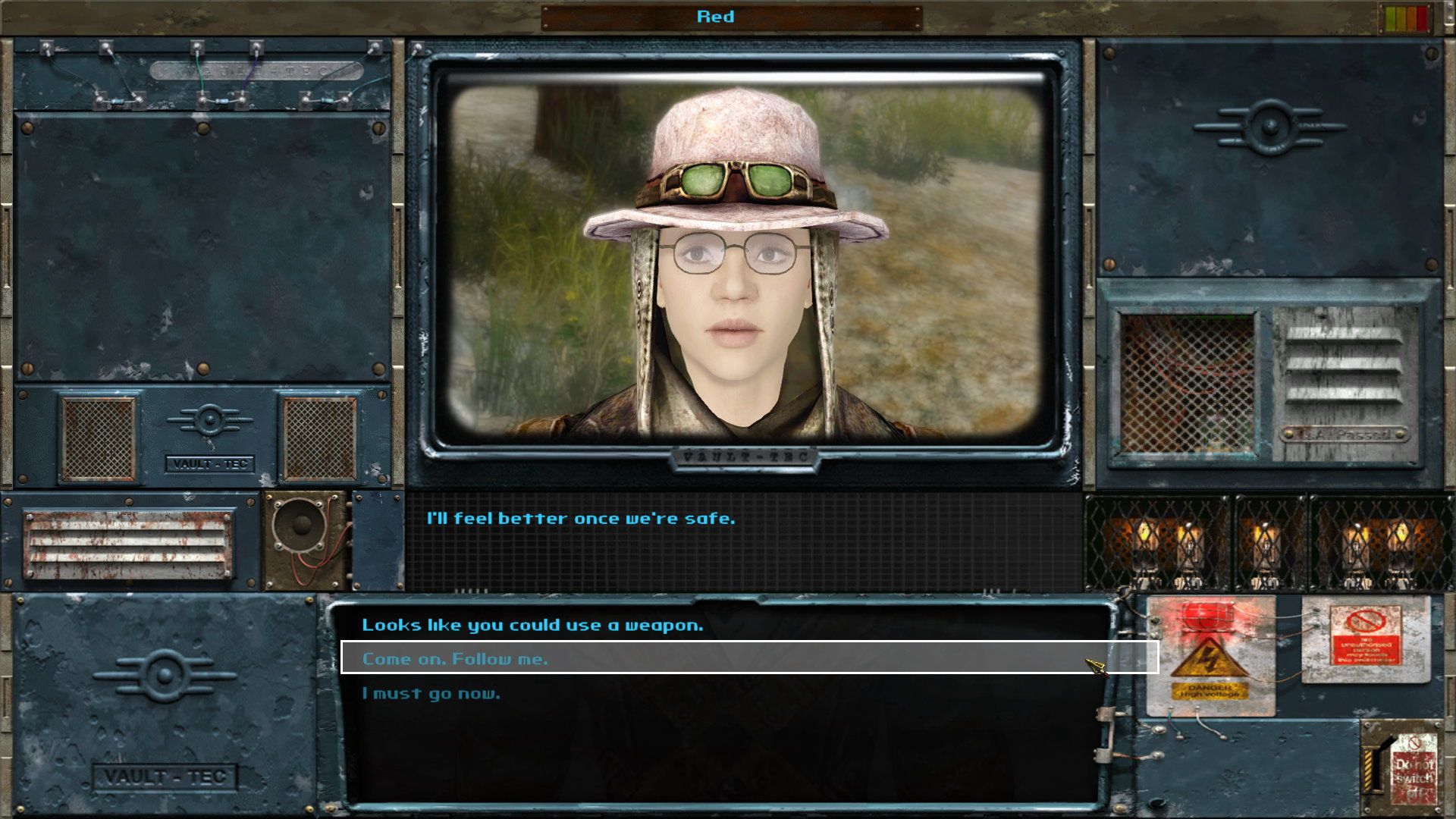 To get the authentic Fallout 1 and 2 experience, daroskey recommends using this mod with the "Fallout Classic Font with Accents," which changes the default New Vegas font to the one that matches the original games.

Nexus Mods user daroskey thanks Maffej for work on the original Talking Heads mod for Fallout 3, which basically does the same thing but for Bethesda's 2008 classic.

You can head on over to Nexus Mods to download the Talking Heads Dialog Interfaces manually or automatically using the Nexus Mods Manager. Note that it’s “probably not compatible with Darn UI,” according to daroskey.

And if you want a somewhat more modern narrative experience, you can try out this mod that replaces Fallout: New Vegas's original perk system with Disco Elysium's "thought cabinet" system. You won't get perks right away with each level and instead you'll have to talk to NPCs, find narratively important objects, or progress the story to unlock "thoughts" that eventually turn into perks.