Final Fantasy 7 Rebirth Should Have Zack Sacrifice Himself For Aerith

Remake and Rebirth aren’t just fancy subtitles for the Final Fantasy 7 trilogy, it’s clear that the naming conventions being employed by Square Enix have narrative purpose that ties into the wider themes of each game. This much was confirmed following the recent reveal, with Tetsuya Nomura and Yoshinori Kitase expressing excitement around the meaning of each name alongside the eventual reveal of each new moniker.

We should count our blessings that they didn’t go with Final Fantasy 7 Remake 2 and call it a day because not only is that incredibly silly, it would also be a complete nightmare for SEO. Each game is seeking to tell its own story, building up characters and themes in their own distinct way while seeking to continue an overarching narrative that is doing so much more than simply retelling the 1997 classic. Everything is changing, with what was once a long-awaited remake now morphing into a pseudo-sequel where anything can happen.

Final Fantasy 7 Remake concludes with Cloud and company leaving Midgar behind after defeating Sephiroth and seemingly reversing their eventual fate. Throughout the game we see our main characters pursued by Whispers, which turn out to be ethereal creatures whose purpose is to ensure the future remains preserved, and nothing is done to upset the eventual balance. Barrett is murdered by Sephiroth and immediately brought back to life, while Shinra HQ is seemingly protected from certain destruction because it has a greater role to play in the days to come. It isn’t until the final act that our heroes come to understand them, with Aerith choosing to stand up for an uncertain future and change a fate she might already be aware of, especially in the wake of Sephiroth’s much earlier appearance this time around. 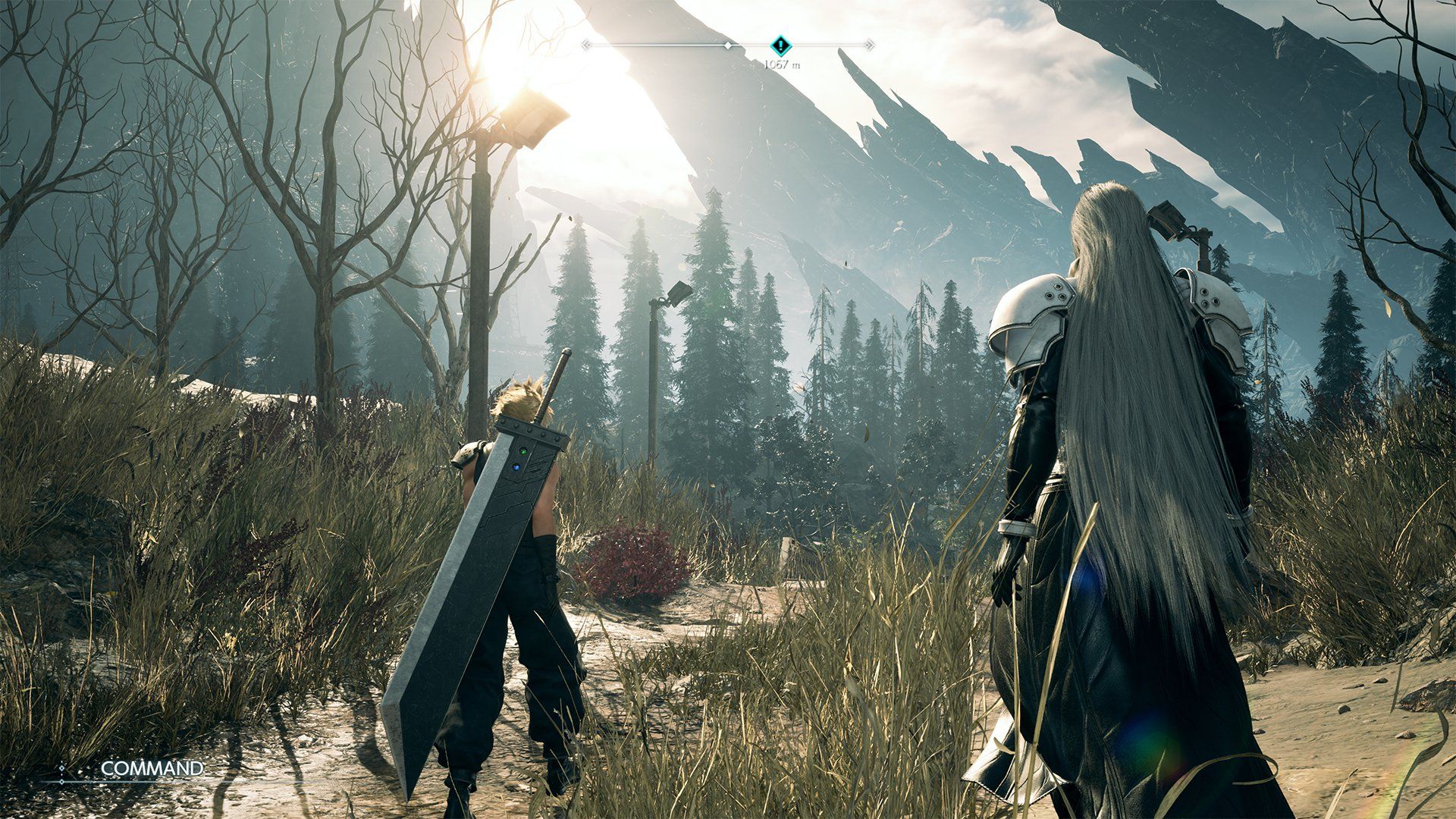 If you aren’t aware, the first disc of Final Fantasy 7 concludes with Aerith being killed by Sephiroth. She can’t be revived, you can’t reload a save either – she’s gone forever. After spending hours grinding experience points and treating this humble flower girl as a permanent member of your party she’s suddenly taken away, and you’re left to mourn. Even Robert Pattinson couldn’t get over it, and neither could millions of gamers in the decades since. It’s a pivotal moment in the medium’s history, which would make Rebirth’s potential willingness to change that an incredible achievement if done right.

Zack Fair is being brought back for a reason, and likely represents fate being subverted in a way that will upset a delicate balance across this fictional universe. Whispers have a purpose, and that’s to maintain the status quo and prevent interlopers from tearing apart the existing timeline or creating paradoxes that can’t be undone. I’m of the belief that the Sephiroth we see in Final Fantasy 7 Remake is one who has already been defeated in the past, perhaps in a divergent universe where he’s aware of how things will play out and is now doing everything he can to prevent his past mistakes. It would explain why he has decided to appear so much earlier in the narrative, and the fact his dialogue often touches on the nature of reality and whether what we’re seeing unfold can even be trusted. 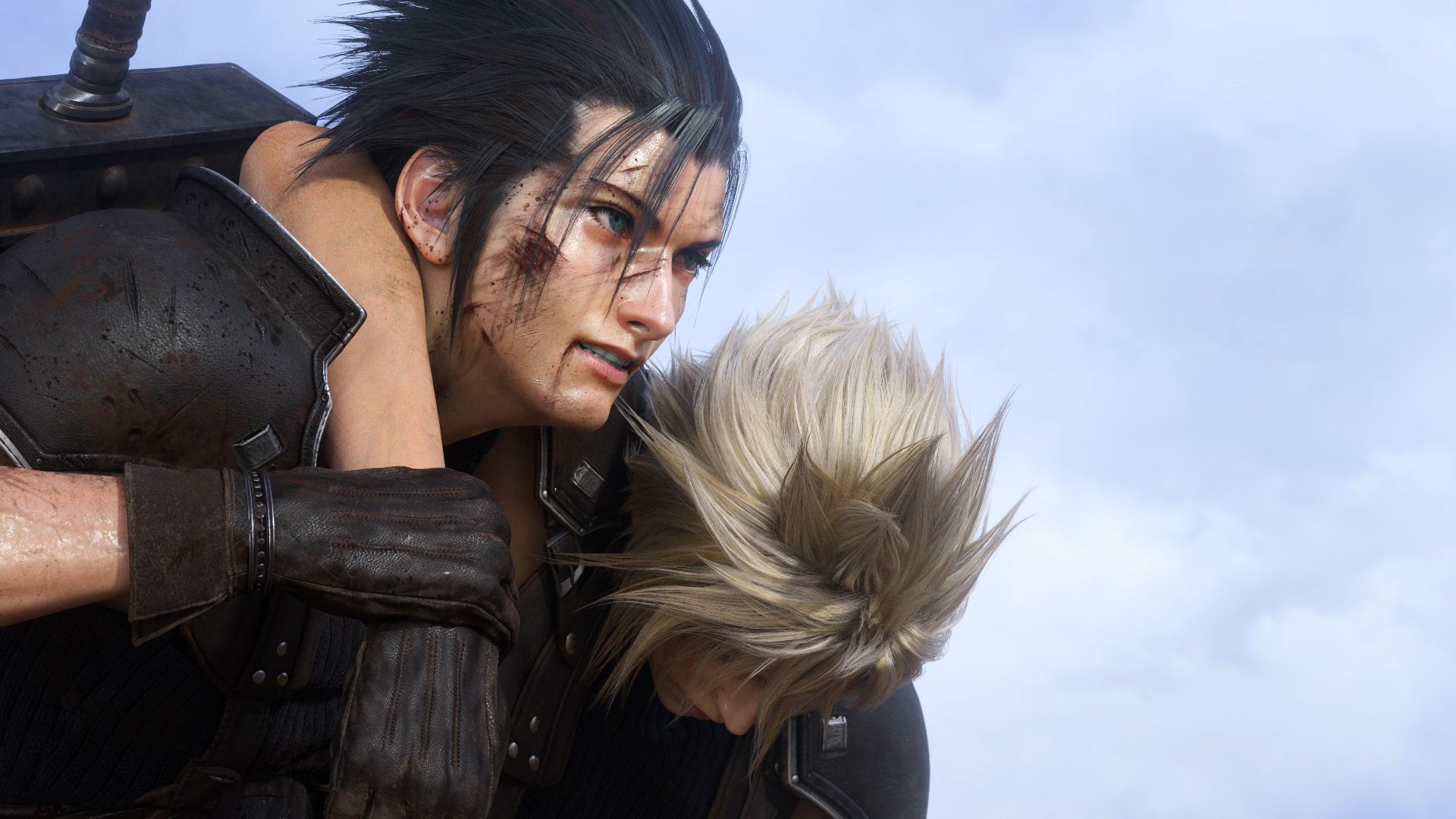 Aerith is hiding something, a pool of knowledge spread across the past, present, and future that will see her act in a way that recalls events of the original game, or we could even see the narrative we know and love so concretely change before our very eyes as it breaks the fourth wall and asks us to question our own knowledge at every turn. There are so many questions, even more so now with the reveal trailer providing a relatively grounded glimpse at Cloud and Sephiroth’s journey to Mt. Nibel and the humble streets of Nibelheim. It’s a flashback sequence that occurs immediately after the gang leave Midgar, but with so much unreliable narration to be found in these games who is to tell what will really happen. It is revealed in Final Fantasy 7 that these memories don’t even belong to Cloud, but instead come from Zack, and there’s all manner of weird experimental shenanigans going down.

Zack’s eventual reunion with Cloud is coming, and this will raise so many questions that will risk burying the narrative in a mountain of needless convolution. Does this reversal of fate mean that he never died and everyone is now aware of that, or will he suddenly turn up and cause our cast of characters to start losing their collective minds? Biggs and Jessie could have been brought back to life too, there’s too many questions waiting to be answered. But with these altered destinies there will be consequences, perhaps a matter of equivalent exchange where the balance must be restored with something of equal value unless Cloud is willing to stand up to myriad gods and live to tell the tale once again. Whispers will return and demand recompense, or there remains an unclear villain at the centre of it all we’ve yet to even meet yet. That would be cool, but might be venturing too far into unknown territory.

This brings me back to Aerith’s death, which I’ve already said in the past I’d love to see this trilogy reverse. Yes, it’s a cheap idea that arguably lessens the story’s core message, but if the entire cast is already aware of this eventuality and how it keeps happening time and time again surely it would be more exciting to enact change instead of letting things unfold. Zack is also in love with Aerith, and his return could even see a love triangle rectangle surface between Cloud, Tifa, Aerith, and himself. A love square, then? When push comes to shove and they face up against Sephiroth in the Forgotten City – or maybe somewhere else entirely – Aerith’s mortality will be brought into question and choice will be placed on the table. Do we act to reverse her fate and open the doors to a new future, or let her perish? Final Fantasy 7 Remake and Rebirth have shown they are unflinching in their vision to change things, and this could be the biggest departure yet that will enrage some and delight others.

Zack’s return will raise questions for everyone involved, and his purpose in this new world will be a core focus of Rebirth as it seeks to both progress a familiar narrative while weaving the tapestry for an entirely new tale. His return must have purpose, even if it means putting his life on the line once again to save those he failed in another timeline. Aerith always talked about him being a perfect bodyguard, a man who can stand by her side and do anything to protect her when the time comes. It would be a poetic twist of fate, yet one that sits perfectly alongside everything this new vision sets out to achieve.