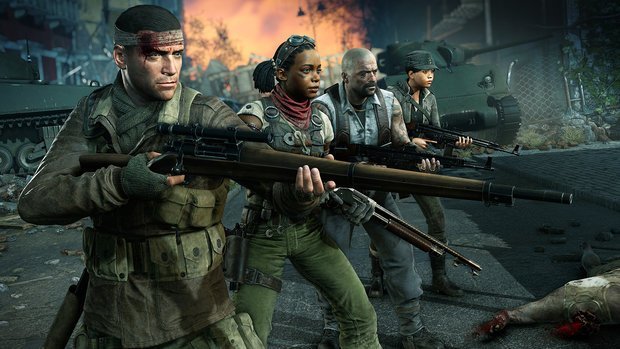 We know, that’s a statement and a half to make. But it’s true.

Zombie Army 4 is a third-person, over the shoulder shooter like Gears is, it has a horror setting like Gears does, and its a continuation in a series trying to do something a little bit different… like Gears is.

The difference is, Zombie Army 4 really leans into what it is – a big, dumb shooter (and we say that with affection).

Rebellion knows its game offers a simple fantasy: kill the evil Nazi undead. And it gives you tools to make that as fun and as readable as possible.

Zombie Army 4 introduces traps that players can activate to slaughter myriad undead enemies at once, it reintroduces special enemy types that offer an on-the-fly challenge and its designed so that every tiny noise you hear is telling you something – whether you got a headshot, whiffed a shot, knocked off some armour.

We played one mission of Zombie Army Trilogy at E3 2019, and it was immediately clear that the folks at Rebellion have made each mission feel likes its own standalone movie.

Each encounter within that being a scene that forms this tight, immediately recognisable narrative (even if your knowledge of 80s horror is patchy, you always know what Rebellion is going for).

Gears 5, on the other hand, feels like it’s pulling in so many directions at once, it’s kind-of lost. The gameplay feels heavy – heavy even for Gears – and the Escape Mode live on the show floor feels convoluted… like The Coalition is trying to reinvent the wheel.

It may be because we had the luxury of playing these two third-person arcade-inspired modes back to back, but we can’t help but compare them.

Gears 5 Escape level design and setup is messy and feels – at times – fairly random, whereas Zombie Army 4 rejoices in a more simple pleasure: throwing the player into overwhelming circumstances, then giving them just enough resources to get by.

The result is one player popping headshots whilst another activates traps, or one player mowing down the seething undead with a hail of hot lead whilst another tosses grenades into the mix to think out the numbers.

You see 80 enemies on screen, you know you need 80 headshots to get by. But you have 45 bullets left… so what do you do? Do you focus on the incoming suicide zombie with dynamite in its mouth to try and blow up more enemies?

Do you pop a special move to make sure your sniper bullets can penetrate and take out more than one enemy at a time? Do you charge your electricity-powered melee in order to spread volts of death through enemy lines?

This game has been made by balancing resources against intuition – making sure you’ve always got one or two creative ways of thinning out the horde, but making them different enough each time to be entertaining.

Gears 5, on the other hand, does what Gears 5 does best… tells you to stay in cover and use your gun or melee to come out on top. Maybe you need to use more of your gun or more melee for that big boss that becomes immune to damage every now and then, but that’s about it. 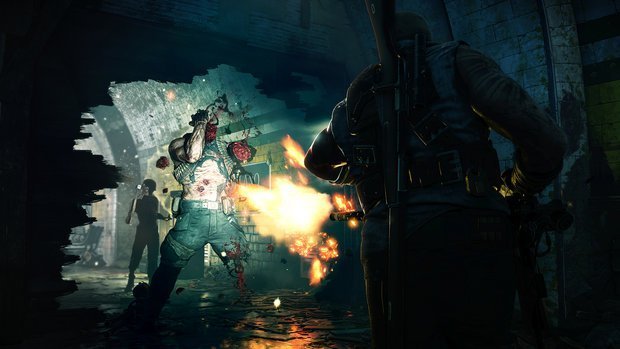 We know that both games are gunning for different things, but we reckon the same audience will be drawn to both. As such, it’s only fair to highlight how fun Zombie Army 4 is compared to Gears.

In Rebellion’s title, we were empowered – made to feel like heroes for just about stopping the zombie hordes from overwhelming us, enjoying the affectionately pulpy take on the genre as we (just about) managed our ammo.

In Gears 5, we got stressed, we got pushed too hard, we got confused by a mode that seems to be doing four things at once, we got irritated by the lack of ammo readily available and we punished for not doing everything to the letter.

There was no room for improvisation, there was no room for our own creative way out of any given situation. That’s why Zombie Army 4 is better – that’s why, if we could only buy one more third-person shooter this gen, we’d choose Rebellion’s latest.

It’s fun, it’s creative, it’s not ashamed of its roots and it respects your time and intent as a player. What more could you want from a co-operative, zombie-killing shooter?