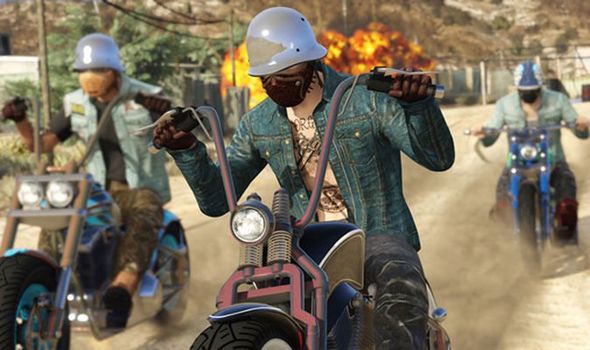 Forget the recent GTA 6 release date rumours because the latest “leak” suggests that another Grand Theft Auto project will be coming to PS5 and Xbox Series X.

For now, this all seems to stem from an Amazon listing image that apparently includes GTA IV Complete Edition on PS5.

We couldn’t find the same listing on the Amazon, with images of the reported listing appearing on several sites.

And it should be noted that this latest report needs to be taken with a big pinch of salt, as there is no way of knowing if this real, or part of a hoax.

Forbes sums up the latest leak, adding: “The rumor seems to stem from a retail “leak” from Amazon that’s going around.

“We see these things all the time for all sorts of reasons, either real or photoshopped, and even the real ones can sometimes come from some weird autogenerating algorithm.

“So no, I don’t think that’s a real or reliable leak. It’s more of an opportunity to consider the fact that yes, this does seem like something that could happen.”

It’s interesting to note that this “new” listing comes with artwork and a full description, as well as a price tag.

Most Amazon leaks come as just a placeholder, making this one very different from others in the past.

Fans have been talking about GTA IV on PS5 this week since the leak surfaced, and some are going to wait for more information.

One user posted online: “The likelihood of leaks like this where all we got is a screenshot of webstore page being fake is 99%. If it was real the first person who discovered it would have shared the link for others to see before it got taken down.

“All these Rockstar remaster leaks are probably fake but Rockstar has one of the biggest back catalogues of hits of any Developer/Publisher.

“They could remaster pretty much anything from their back catalogue, and it would likely sell massively, wonder why they haven’t, they put most of it on phones on IOS.”

Rockstar Games has mostly been linked to an array of different GTA 6 speculation, mostly connected to the setting of the new game, and when it might be released.

The only downside to all this is that the latest news from sources suggests that GTA 6 is still years away from launch.

And unless things change, the Grand Theft Auto VI release date isn’t expected to be announced until the second half of 2021.

And even after that, the game might not hit shelves until 2022, making for the longest wait yet for a Grand Theft Auto game.

Filling that gap will be a next-gen version of GTA 5, as well as various expansions for GTA Online.

And if this rumour were to be believed, there would also be a new version of GTA IV to buy on PS5 and Xbox Series X.