Star Wars fans are in store for a surprise treat ahead of the Rise of Skywalker release date. The tail-end of 2019 has been a pretty spectacular time for Star Wars fans. First there was The Mandalorian, which was followed just a few days later by the critically-acclaimed Jedi Fallen Order for PS4, Xbox One and PC. The year ends with the release of Rise of Skywalker on December 19.

But before the latest Star Wars trilogy comes to an end, fans have discovered plans for a surprise release on PS4 and Xbox One.

According to a post on True Achievements, EA is gearing up to release Star Wars Battlefront 2 Celebration Edition on December 5!

The Celebration Edition contains the core game experience, as well as the “complete collection of customisation content acquirable through in-game purchase from launch”.

This includes items inspired by the aforementioned Rise of Skywalker movie – although these won’t be available until December 20.

Customisation content released after December 20 won’t be included in the Celebration Edition, which suggests EA will continue to support the game for the foreseeable future. 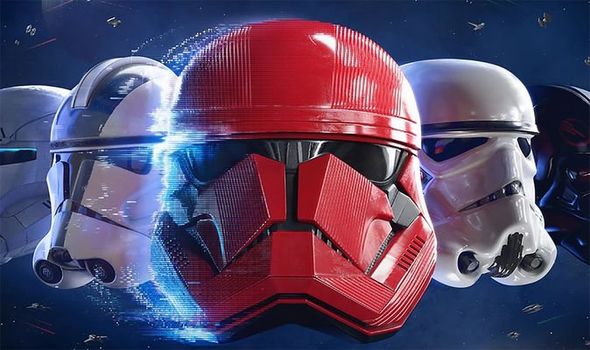 • Base Game, including all past and future free game updates as they release

• More than 25 Hero Appearances, including six Legendary Appearances, plus one Appearance each for Rey, Finn, and Kylo Ren inspired by Star Wars: Rise of the Skywalker

• More than 125 Trooper and Reinforcement Appearances

• More than 100 Hero and Trooper Emotes and Voice Lines

Star Wars Battlefront 2 could certainly use a bit of a boost, especially following its controversial launch back in 2017.

Fans were outraged to discover the true cost of unlocking hero characters like Darth Vader, which were originally meant to cost 60,000 in-game credits.

Loot box rewards were also a source of controversy, as fans argued that Star Wars Battlefront 2 was a pay-to-win game.

EA would temporarily remove microtransactions while it fixed the in-game economy, although arguably the game never really recovered.

Developer DICE has also introduced multiple post-launch events and major updates, the most recent of which was dubbed Another Night on Endor.

The update added a new location for the popular Ewok Hunt mode, as well as new defend scenarios for co-op modes.

Han Solo and Luke Skywalker both received new outfits inspired by their Yavin Ceremony garments at the end of A New Hope.

The planet of Felucia also joined the Heroes vs. Villains game mode, while the Jet Trooper of the Galactic Republic got a new look.

Star Wars Battlefront 2 is out now on PS4, Xbox One and PC. It’s free if you’re an EA Access subscriber.