There are lots of things to do in Forspoken – it has a truly gigantic world to explore, that much is true. One feature that you'll see popping up with regularity are the Locked Labyrinths, giant buildings littered around the landscapes that serve as entrances to optional dungeons, removed from the main game.

Pursuing and completing these dungeons is often a very lucrative ordeal – they contain fun encounters with bosses in unique arenas, lots of mana to collect, some lore about the past of Athia, and a shiny new unlock at the end, oftentimes a snazzy new cloak. 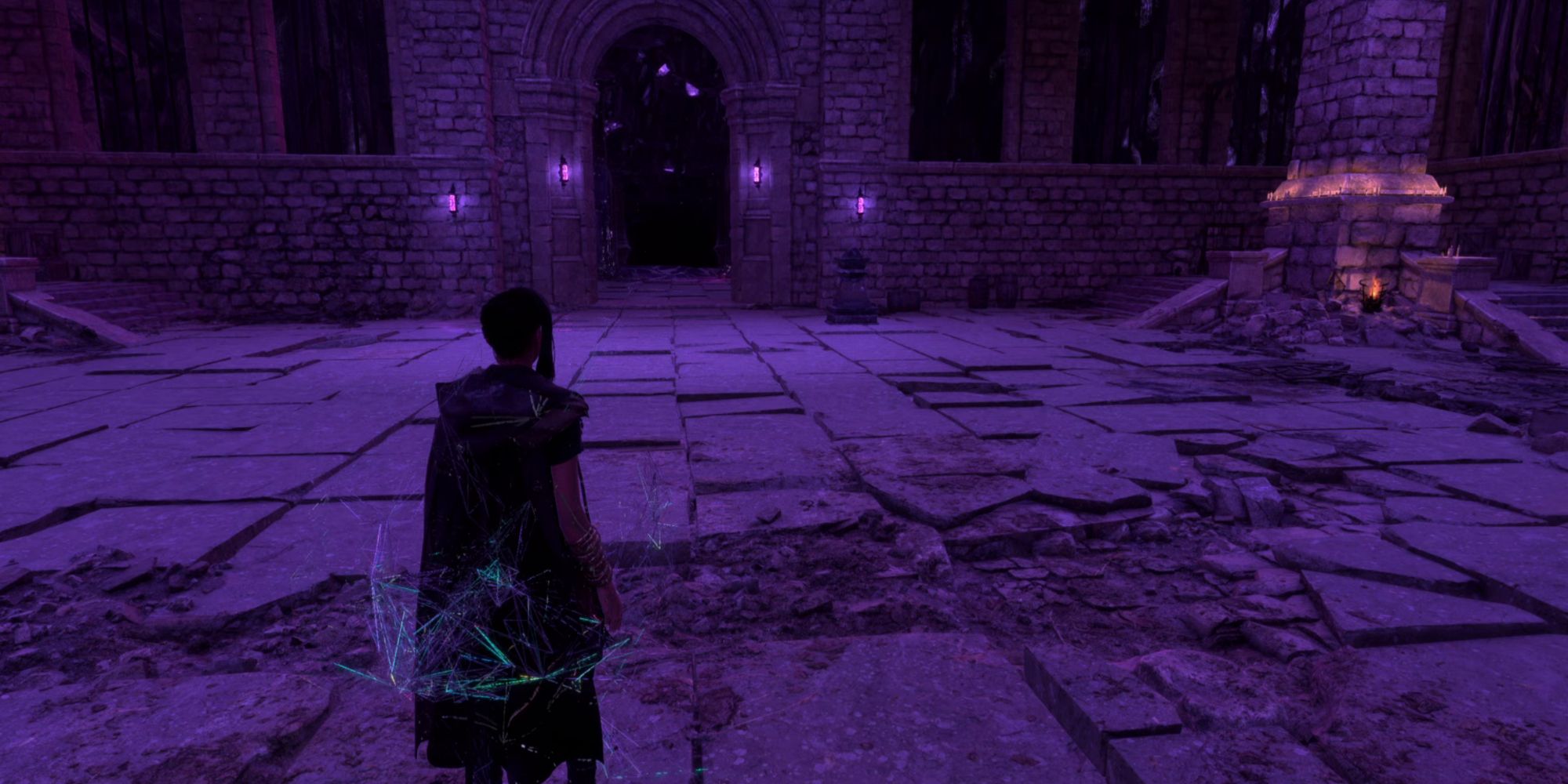 This is likely to be your first Locked Labyrinth as it's the first one that you're directed toward. You'll begin in a large room, empty but for a short pillar – these are dotted throughout all the Locked Labyrinths in the game, and they can be used to return to the entrance.

This Locked Labyrinth is quite linear: simply head through the only doorway and continue on to the next room. It's full of enemies that you must defeat before continuing. This is the structure of most Locked Labyrinths – enter the rooms sequentially, taking out the monsters before you're allowed to move on. 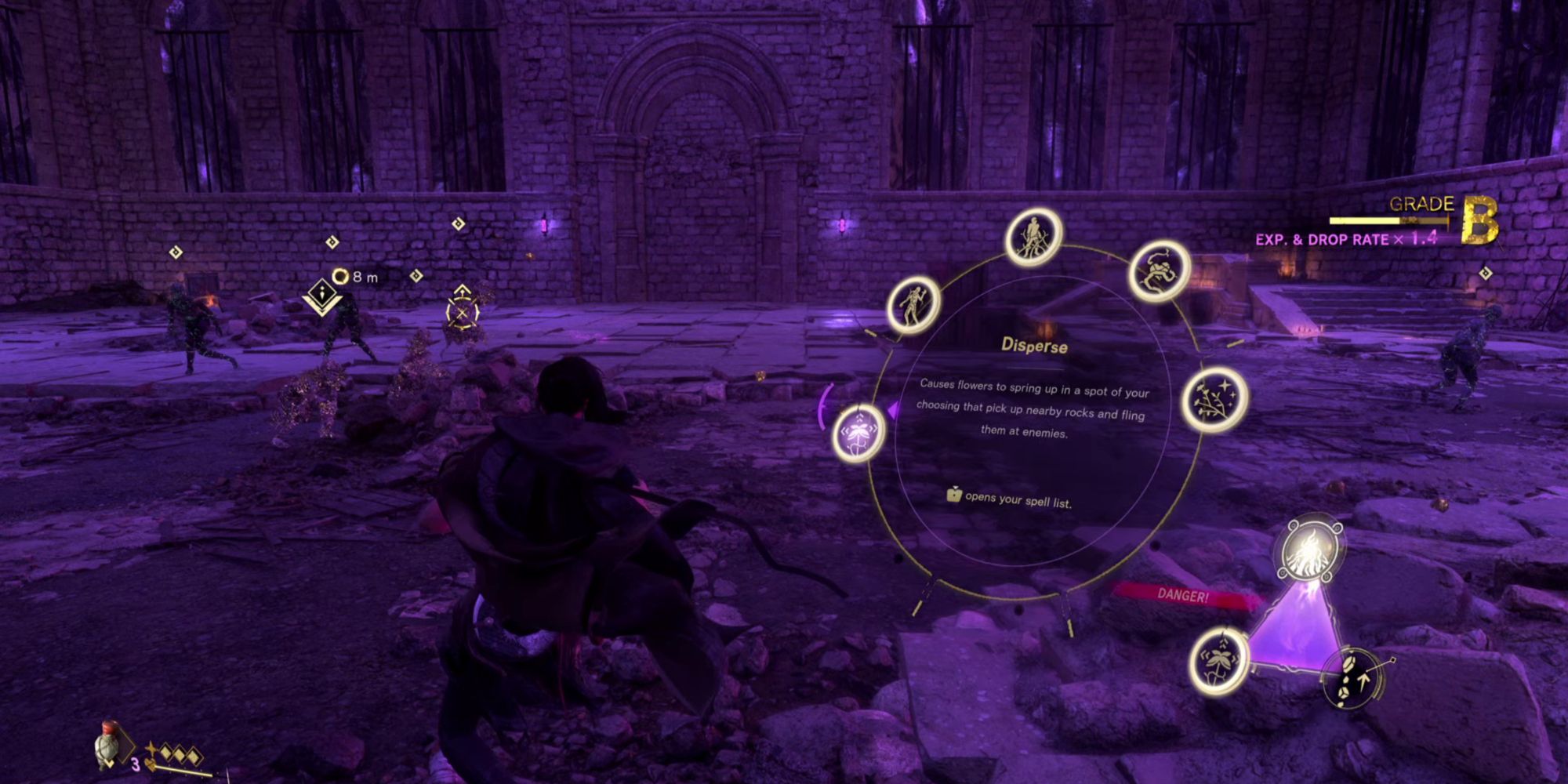 How To Beat The Lesser Deinosuchus 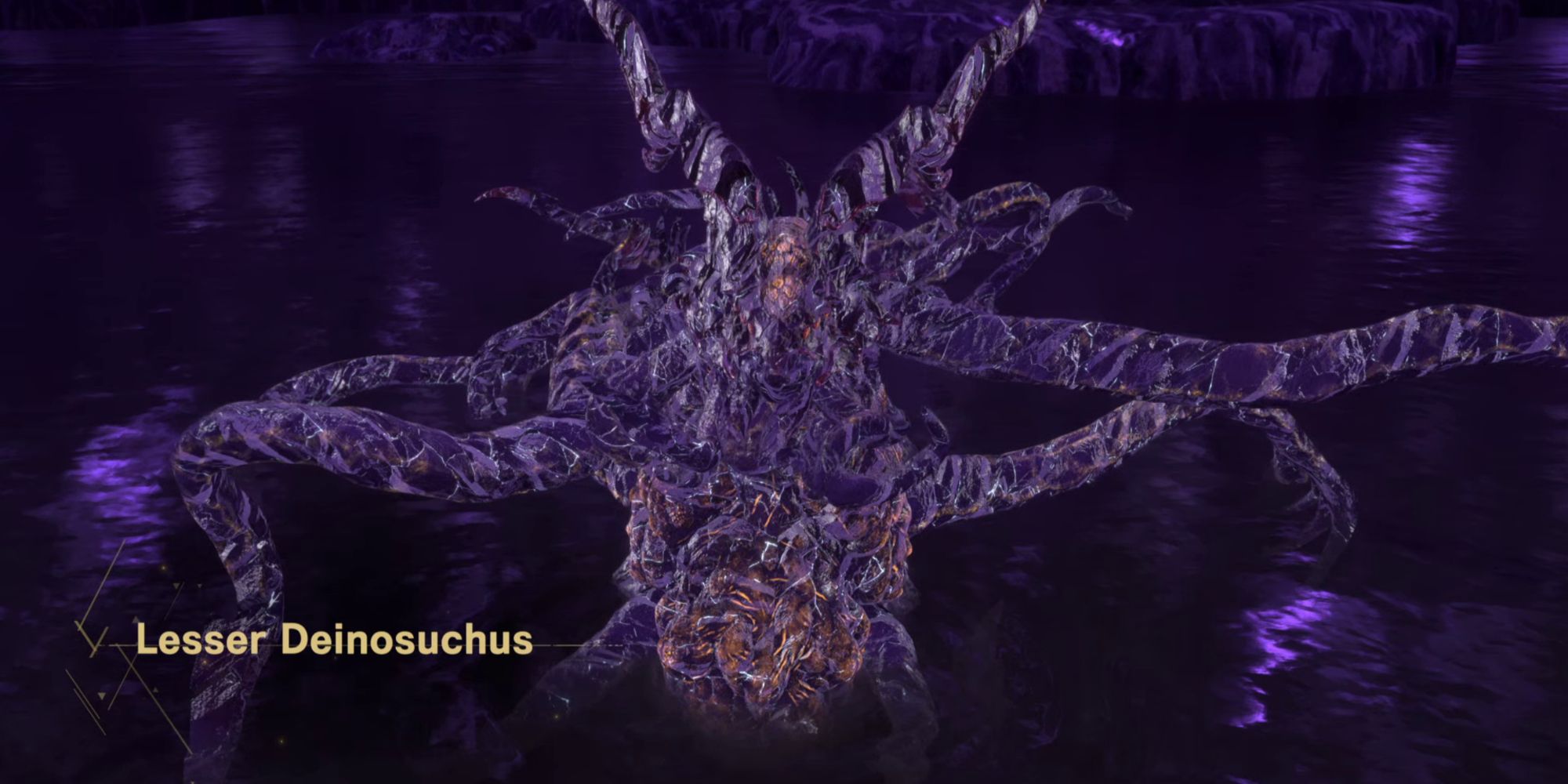 The Lesser Deinosuchus is a pretty annoying fight when fought as early as possible – you do not have any movement abilities that help you with watery arenas just yet. Despite this, it is not a difficult battle at all.

The Deinosuchus has a bad weakness to Frey's Magic, so it won't take many hits to knock it out.

At various points during the fight, the Deinosuchus will dive under the water, making it impossible to target. Eventually, it will resurface and start barraging you with attacks again. When this happens, you'll need to find somewhere in range of the beast – this might involve diving into the water toward a closer platform. 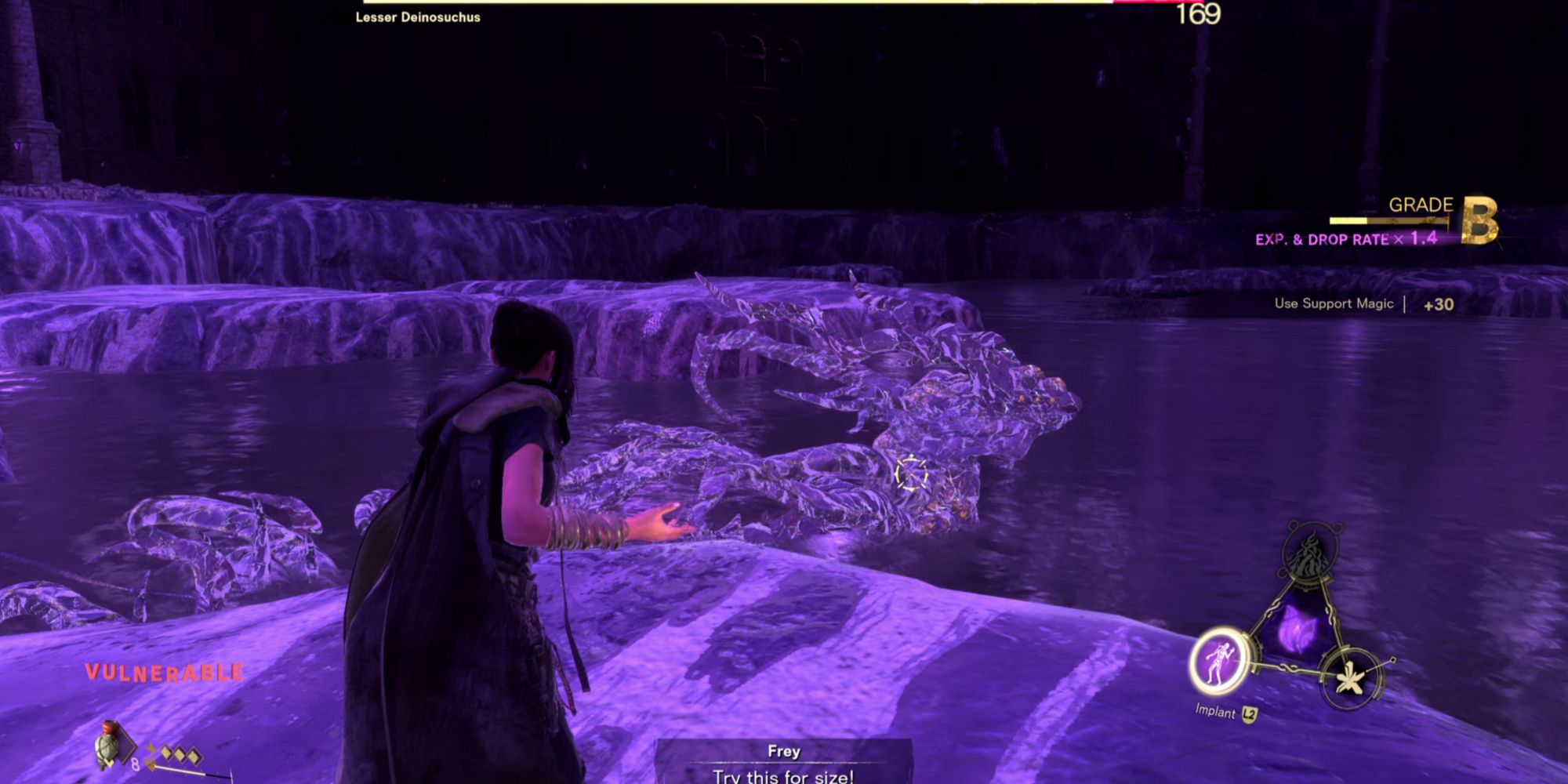 Remember that you can swim faster using the Sprint button – try to spend as little time as possible in the water. If you're taking on this Locked Labyrinth after acquiring the ability to glide over the water, this is a non-issue.

After beating the boss, a door will unlock at the other end of the arena. Head there to get your reward: the Orison necklace. 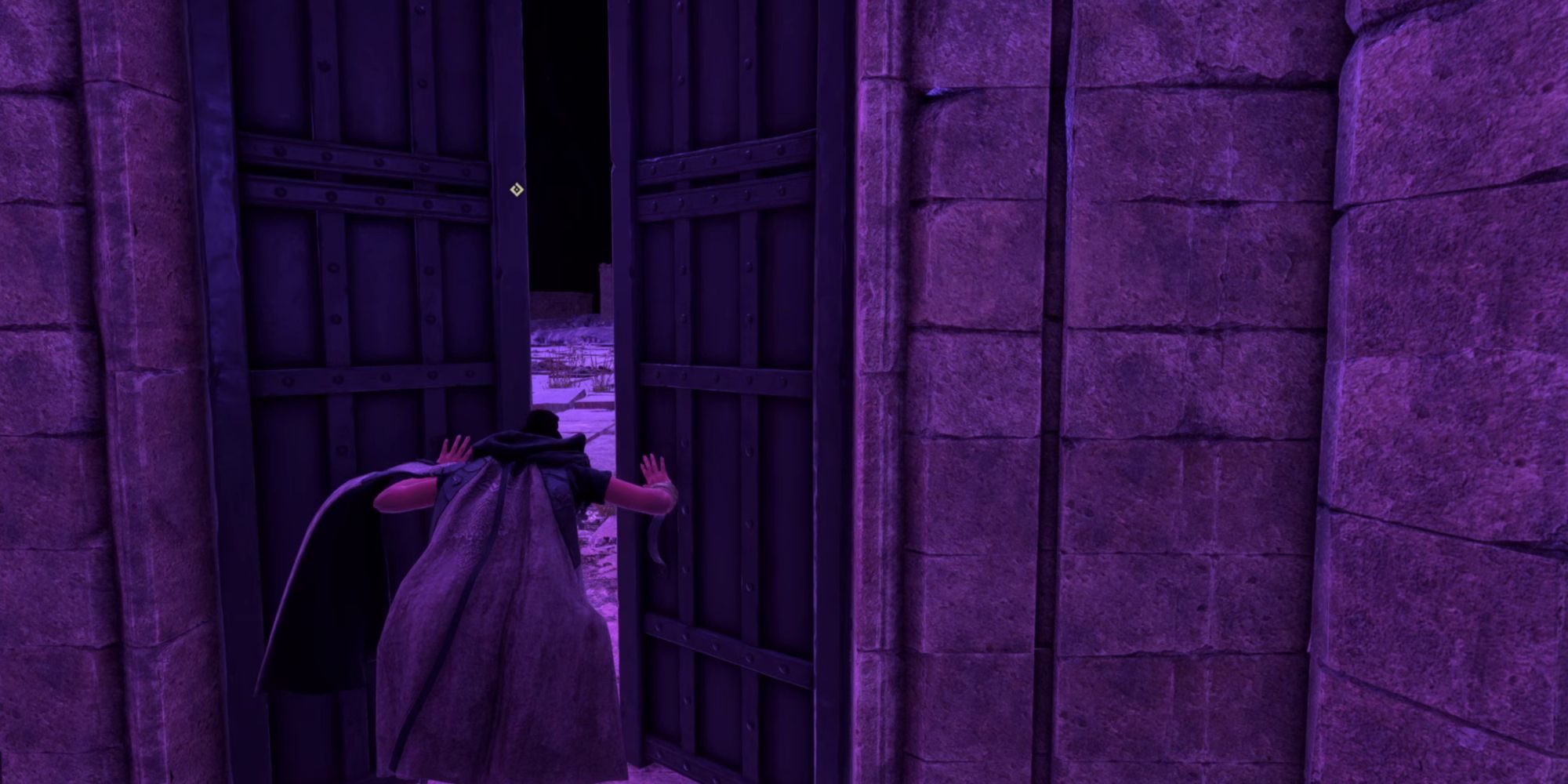 This Locked Labyrinth is located at the top of, funnily enough, a very large hill. Getting up here will require that you have the Zip spell, which you'll acquire after beating the first big boss of the game, Tanta Sila. If you somehow manage to get into the Labyrinth without acquiring Zip, you won't be able to get very far anyway – Zip is required inside, too. 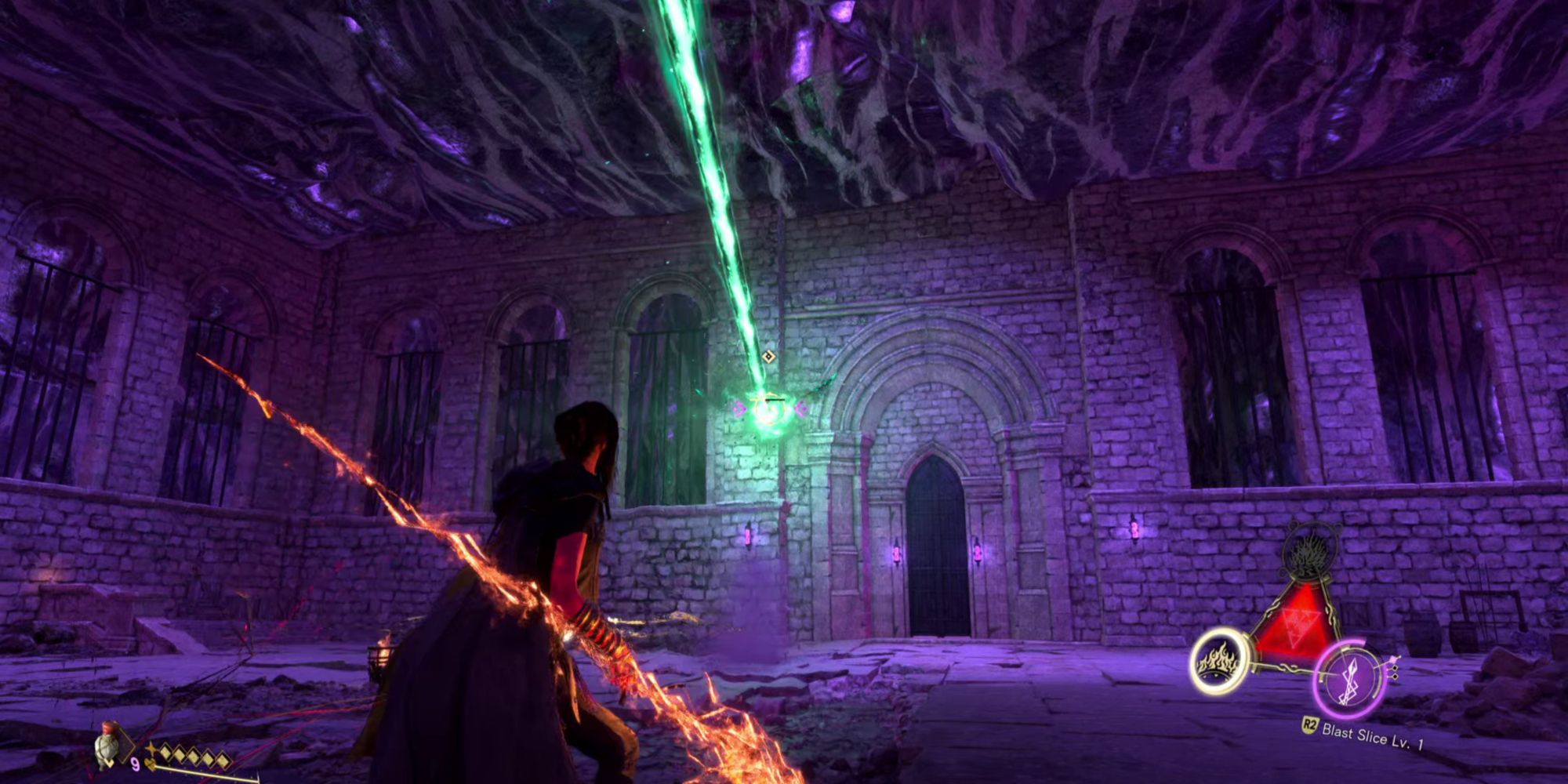 Between the first and second rooms, there's a large pit that requires that you either Zip across it or drop to the bottom and Zip up the wall on the other side. Drop down to find a ton of mana fountains and a code chest that contains some Old Coins.

You'll find only Firewood between the second and third rooms.

How To Beat The Proto Jabberwock 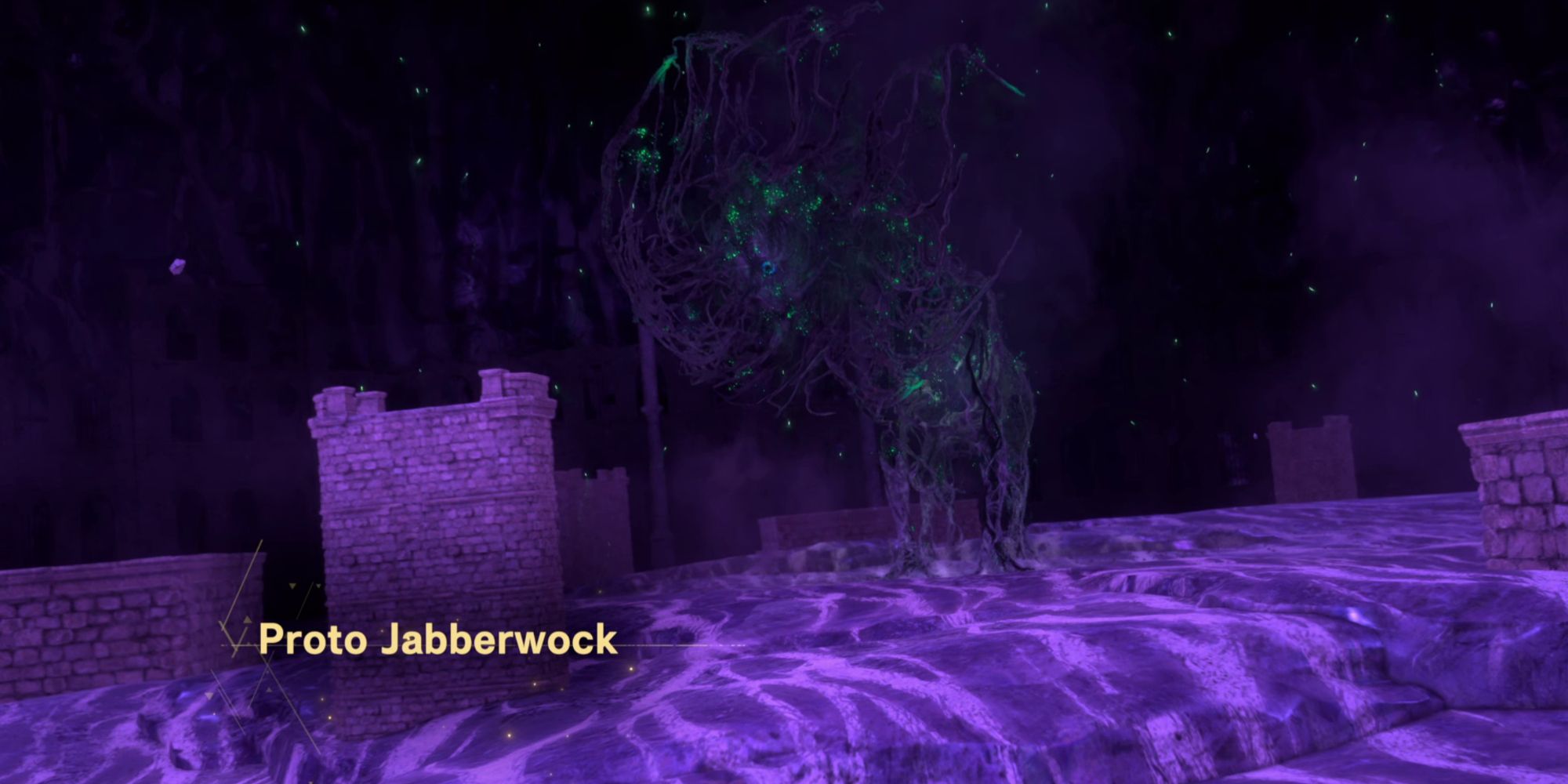 Despite this massive beast's imposing stature, this fight is more hectic than it is difficult.

The Jabberwock's main trick is to summon hordes of Riven Carcasses and Riven Wings – you'll likely be dealing with lots of these at once, so quick ways to thin out the herds are useful – a high-level Burst Shot should be able to deal with a few enemies at once. 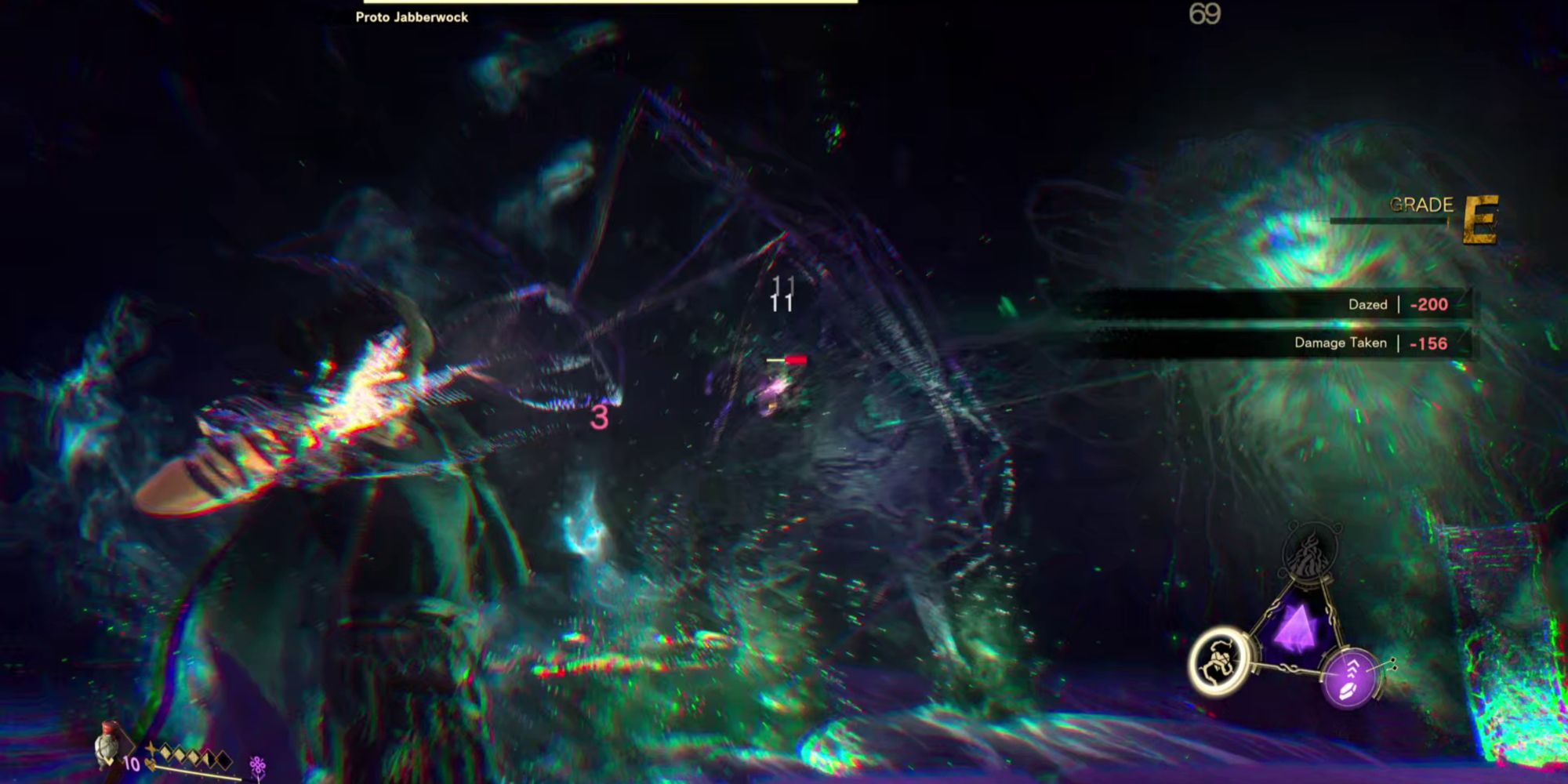 The Jabberwock is resistant to magic in general, but it does have a weak spot – the massive eye at the end of its neck, which it uses to fire constant lasers all over the place. Since it's a high target and it moves around a lot, it's best not to lock onto it. Instead, aim your spells manually.

The Proto Jabberwock has a weakness to Frey's Magic – use your strongest Burst Shots and supplement them with Implants and Disperses.

If you keep the damage output up, you shouldn't have much trouble dealing with this boss. Just remember to defeat some of its annoying minions as soon as they start becoming an obstacle to your attacks.

Once you win, you can go collect your reward: the cool Divers cloak.