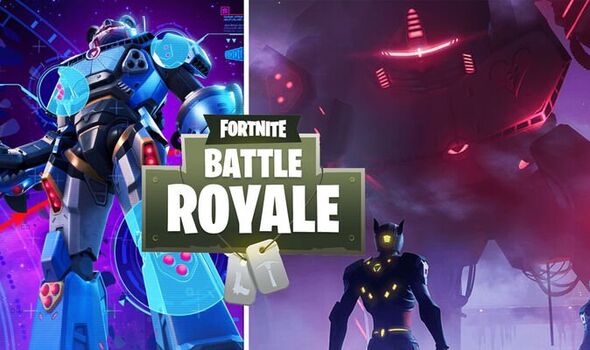 Fortnite developer Epic Games is getting ready to unleash its end of season event for Chapter 3, Season 2. Titled Collision, the end of season event has a June 4 release date, and a 9pm BST start time for fans living in the UK (that’s 4pm ET for US players). Like other end of season events, this is a one-time only affair, which means you’ll need to login early to guarantee a spot. The Collision playlist will be available 30 minutes prior to the start of the event (8.30pm BST), and servers are likely to get pretty busy. Indeed, to make extra certain you’re not locked out of the event, you may want to login at around 8pm BST.

Judging by a recent Epic blog post – not to mention various teasers on social media – the event will feature hulking mechs doing battle.

Epic Games explains more: “This event will require all hands on deck, so squad up in a party of four and strap in for go-time.

“The ‘COLLISION’ playlist will be available in Fortnite 30 minutes prior to the start time for players to suit up. Players without a full Squad will have their group filled with others to assist them during COLLISION.

“Content creators and players wanting to relive their daring moves and heroic experiences should take steps to record and archive the event since Replays of it will not be available.”

As an added bonus, anybody who logs in from 1pm BST on June 4 will receive a Collision loading screen and lobby track. You can also pick up some Mecha Weapons Team Outfits from the item shop.

The game is expected to go offline for server maintenance after the event comes to an end, as Epic gets ready to introduce a new season and Battle Pass.

Speaking of the Battle Pass, fans are encouraged to complete any outstanding Season 2 quests in the hours leading up to the big event.

“Note that any unused Battle Stars will be automatically redeemed for the earliest available rewards, but unspent Omni Chips will be lost when the season ends.

“As with any season, — Quests and rewards from Packs like the Golden Touch Quest Pack will carry over to the next Season.”

While it’s unclear exactly when the next season will begin, a recent leak has given fans a pretty good idea about what to expect.

The Battle Pass will reportedly be headlined by a Darth Vader skin, while Indiana Jones could make an appearance as the bonus outfit.

T game is expected to go offline for server maintenance after the event comes to an end, as Epic gets ready to introduce a new season and Battle Pass.