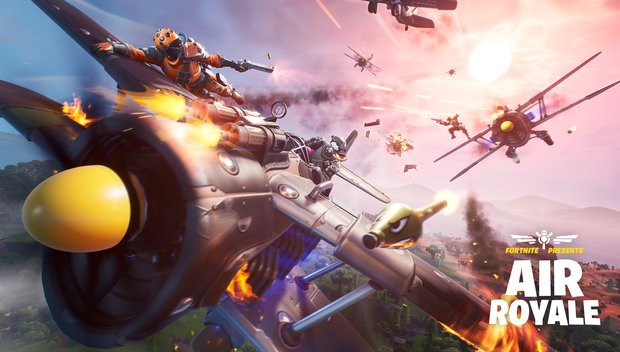 Air Royale Limited Time Mode
Pilot the X-4 Stormwing in this Limited Time Mode as you fight to become the last plane flying! Complete free Challenges to unlock brand new Wraps as you rule the skies.

Summary
Climb aboard a plane and take to the skies in this fast-paced mode where players fight to be the last one flying!