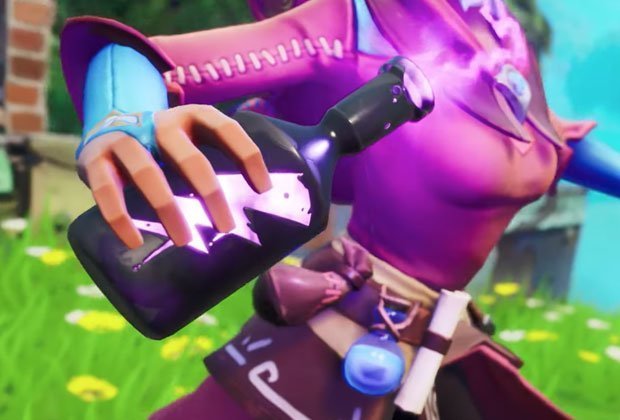 Fortnite is going to get another fairly big update this week – last week was the smaller ‘content update’ week, so the schedule dictates that this week, we’re going to see the game get a proper patch.

One that will take the game offline for a few hours.

These bigger patches tend to bring quite a few updates to the game, and we’re expecting this next patch to be no different.

The brand new Fortnite update is expected to go live at 9am UK time on June 5 (just before the Pokemon Nintendo Direct we’re expecting at 2pm) and we know there will be a fair few tweaks and fixes involved this time around.

If previous weeks are anything to go by, we’ll also see the usual downtime between 9am and 11am, too.

Here’s everything we know will change this week, gathered from Fortnite’s own official pages, lines of code bug out by fans and Epic statements.

The Boom Bow will be getting a nerf when the update drops tomorrow.

According to the Design Lead for Epic Games in a Reddit AMA, the overpowered bow will be seeing some sort of nerf to the massive damage it can deal to players.

The bow has become fairly infamous in recent weeks thanks to its massive range and huge damage output (and that lethal splash damage, too).

9.20 will likely negate some of the splash damage or make the weapon effective at a less impressive range.

“There are balance adjustments coming in the 9.20 update. We’ll be continuing to evaluate after these changes as well,” notes Epic’s design lead. We’ll learn the specifics tomorrow.

By now, we know that Epic adds new items to Fortnite on a weekly basis – and these are usually announced via the in-game newsfeed ahead of their going live in-game.

In last week’s update, Epic has referenced and then released the Burst SMG weapon which has gone down a storm… but speaking of storms, we’re expecting a brand new item in tomorrow’s update, too.

The in-game newsfeed for Fortnite announced earlier today that the Storm Flip item will be coming soon.

The description Epic offers is: “Unleash the storm or tame it. The choice is yours!”

We don’t know what this means just yet, but we’re sure we’ll learn more when the update hits and the patch notes release tomorrow.

There aren’t that many ‘fixed in future release’ updates on the official Fortnite Trello board this week, but the three bug fixes we already know about will be welcomed by core players.

The things that’ll get fixed are:

Expect more fixes to be announced in the patch notes.