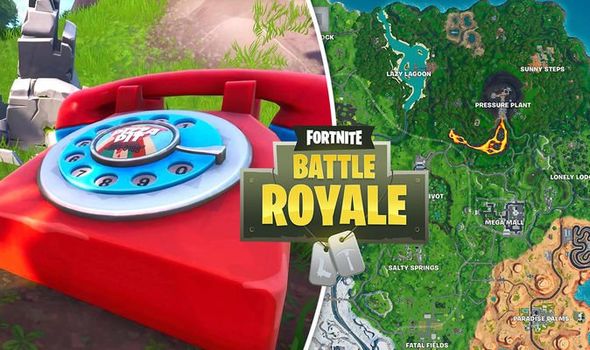 Fortnite fans are counting down to the release of the Week 2 challenges for Season 9.

Epic Games releases seven Battle Royale challenges each week. Three of the weekly challenges are available for free and the other four challenges are exclusive to Battle Pass users.

The challenges are also separated into hard and regular tiers of difficulty.

Earning Battle Stars levels up your Battle Pass, which is how you unlock all of the skins, emotes and items available with the Battle Pass.

If you complete all of the weekly challenges you’ll even unlock a special Fortnite loading screen containing a clue to another Battle Star or Banner.

The Fortnite Week 2 challenges will be available during the afternoon of May 16.

And you better have your trigger fingers at the ready, because Week 2 has some extremely tough challenges.

Arguably toughest of all is a challenge that tasks players with eliminating an opponent from at least 50m away, followed by a second stage at 75m away and a third and final stage at 100m.

Another leaked challenge suggests players will need to eliminate three opponents in the Sunny Steps of Shifty Shafts.

One of the more interesting challenges tasks players with visiting an oversized Phone, a big Piano, and a giant Dancing Fish Trophy.

Players will also need to search chests, land at specified locations and launch off air vents.

• Launch off of Air Vents in different matches (5)

• Deal damage with pistols to opponents (500)

• Visit an oversized Phone, a big Piano, and a giant Dancing Fish Trophy (1)