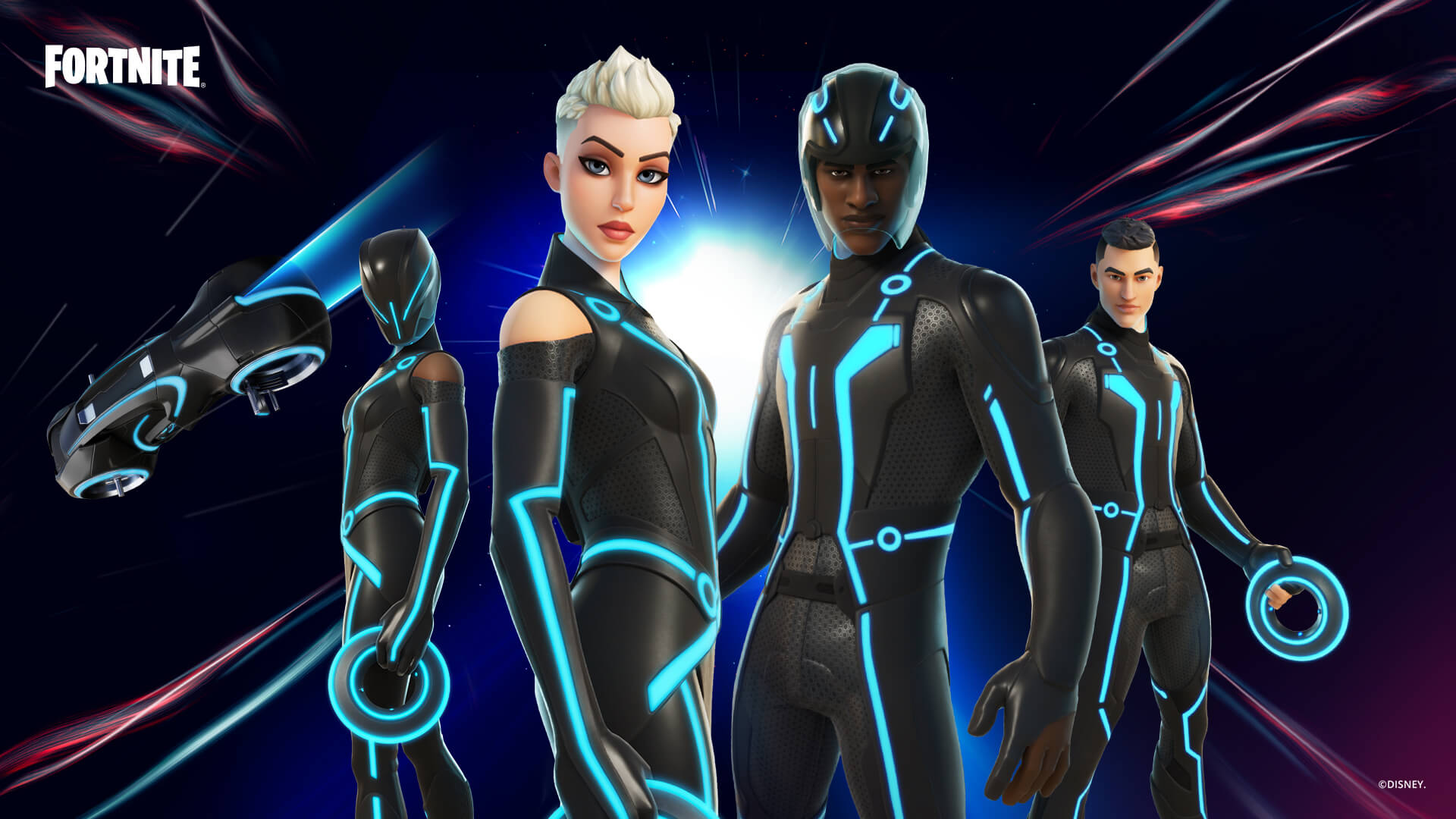 Disney’s cult classic Tron franchise is the latest Fortnite crossover, but Tron himself is noticeably absent from it.

With how many big crossovers there are in Fortnite now, from Batman to the Mandalorian, it’s not particularly surprising whenever a new one is announced. But was anyone legitimately expecting one of them to be Tron?

It’s been over 10 years since Tron: Legacy came out and, while the series is not without its die-hard fans, Disney hasn’t really being doing much with the franchise since. But relevance hasn’t always been a factor when it comes to Fortnite crossovers.

As expected, the crossover comes with a range of new cosmetics themed after Tron: Legacy. Dubbed the End of Line collection (named after a recurring phrase throughout the Tron series), it comes with 10 different skins that each have a removable helmet.

Aside from that, there’s a glider that’s made to resemble the Light Cycles and the pickaxe looks like the discs the characters use as weapons.

Strangely enough, unlike previous crossovers, there’s no skin for any of the actual characters from the movies, not even Tron himself.

It’s also not clear how Tron fits in with the whole hunter theme that the current season has been running with. Maybe because those who compete in the gladiatorial Game Grid are hunted by other participants?

Rinzler from Tron: Legacy, would have been a perfect fit as he served as an enforcer for the main villain and hunted down the protagonists (plus, spoilers, he was a reprogrammed Tron).

While there are no new Tron products coming out anytime soon, a third movie is apparently in development and will star Jared Leto.

There was going to be a Tron TV series for Disney+ as well, but that was unfortunately scrapped before it really got off the ground.