Games Inbox: Are the GTA: The Trilogy remasters worth getting? 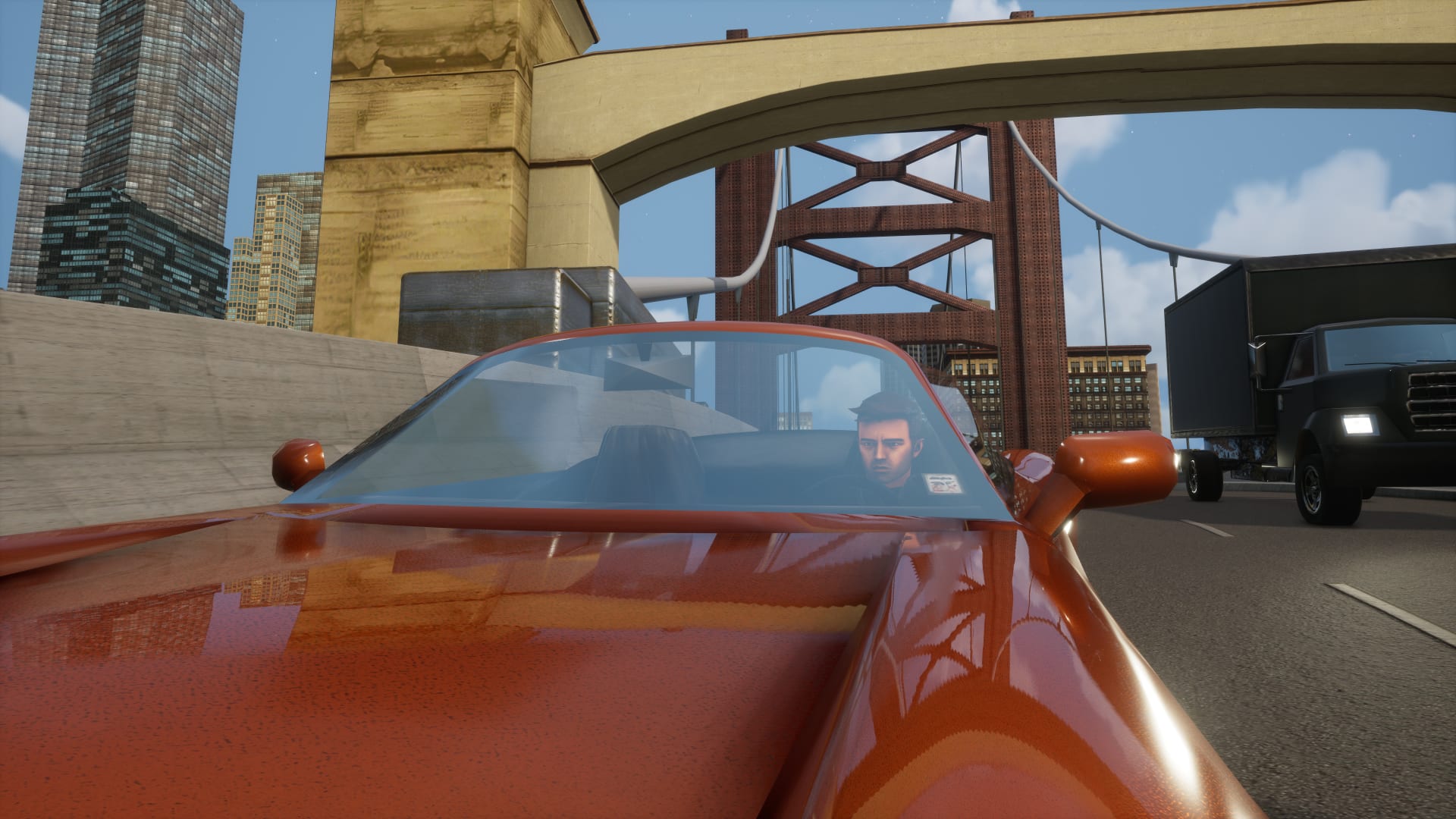 The Wednesday Inbox has issues with the Golden Joystick Awards nominees, as one reader recommends ElecHead on Steam.

Lucky dip
So, is nobody worried about the fact that it’s out in a couple of days and we still haven’t seen any real gameplay footage of GTA: The Trilogy? I know it’s going to sell no matter what, but does Rockstar have to be so obvious about just coasting on the name and their reputation?

I see a disturbing trend in the last few weeks of publishers going out of their way to make sure people know as little as possible about games before they buy them. First it was Call Of Duty: Vanguard and the late review copies (and I assume Jurassic World Evolution 2 by the looks of it) and now its Rockstar not showing anything of some really expensive remasters. We’ve barely seen anything of Skyrim either, come to think of it.

It’s super blatant and I imagine they’ll all get away with it with no repercussions, just because people recognise the names and want to believe the games are worth it, without waiting to find out. Well not me. I’ll wait for the reviews… and add an extra bit of scepticism on top because I don’t like being manipulated like this.
Digimite

Work in progress
Having been selected – along with many others no doubt – for this weekend’s Elden Ring Network Test I’m looking forward to getting an, albeit limited, go on it for a few hours before the full release in February. Having watched the video of the gameplay a couple of times, the one thing nobody seems to have picked up on is the copy and paste animations from Dark Souls 3 with the backstab, riposte, and gestures being identical.

It makes me wonder how much else is borrowed from the Dark Souls series. Bloodborne and Sekiro: Shadows Die Twice where different enough to stand alone but Elden Ring is looking just like Dark Souls 4 in everything but name.

I know I sound like I’m moaning about a game I’ve never played and I sincerely hope it’s as good as I want it to be, I just don’t want to be reminded of Dark Souls at every turn when it’s called Elden Ring.
la_mer

GC: It does sound a bit like that, yes. Apart from anything the game’s not finished yet.

Enter the Segaverse
The first thing I thought of when I heard mention of this ‘super games’ lark was that Microsoft were getting Sega to make their version of the metaverse.

The Zuckerverse was announced last week and sounds very much like a series of apps that interconnect into a kinda super app. Not sure why you’d choose Sega, maybe those top notch localisation services?
boilingover

Late night shopping
I’ve been trying since launch of the PlayStation 5 to get one. I work nights and cannot always be up for the early morning drops and I only use my smartphone to check.

I have a Very account but it is frustrating when you see info on Google showing a list to check the online retailers and when you check there’s no stock in. It’s like the information is too late and by then the stock has gone. Sony need to change their game and give genuine customers the chance to get one and the scalpers still need to be stopped.
Anon

GC: We agree, the way Sony, and Microsoft, has handled this has been terrible. Or rather they’ve not handled it at all, and let the scalpers have free reign.

Electrifying trailer
Just seen about a new game called ElecHead which is only £7.99 on Steam. It is a very clever puzzle platformer where you play a robot that electrifies things, so when they touch a contact it powers a
lift/door/moving platform/booby trap, etc.

1 out of 5
I agree with you that Advance Wars is the best game of all time but it’s probably too niche to enter the running to be voted as such. I’m sure we all have our own personal classic which wouldn’t necessarily be recognised on any greatest game of all time shortlist.

Having said that, the list for the Golden Joystick Awards is surprisingly comprehensive. Of course, there are always going to be some glaring omissions. Elite, Zelda: Ocarina Of Time, and Tomb Raider are all notably absent. Only one game from my own personal top five has made the shortlist so I shall be voting for that one (which is Portal).

As for best console, that’s an easy win for the original PlayStation. Having been born in the 70s I never imagined that the gap between home computer/console graphics and arcade graphics would ever be closed. Imagine my genuine shock when I saw Ridge Racer on PlayStation for the first time. But it wasn’t only the leap in graphical technology. The PlayStation had an impressive catalogue of classic games and is, for better or worse, credited with bringing the games industry into the mainstream.

I’m genuinely looking forward to seeing what wins what but good luck to Portal and PlayStation.
Kehaar

Two hours in
Been playing Jurassic World Evolution 2 and for you geeks out there like me it’s so much better than the last one, it really is. The graphics are better but the dinosaurs are so realistic the way they kill prey. They’ve have done away with feeders, for meat eaters you just click on them, press triangle, and bang they’re full.

Leaf and grass eaters, you just plant their food – which means no more signs saying they’re empty. I’ve only been playing about two hours but I’m really glad I got it. So much better than the first one and as soon as the DLC is available I will be pre-ordering that one as well. Great game.
David

Missing nominations
I’ve just read the shortlist for best game ever and I know it’s subjective but I still call foul.

Why isn’t Bloodborne on that list? How can you have a best game ever award, while not including what is arguably the best game ever?

I mean I remember how groundbreaking Super Mario 64 was when it first released and any gamer of a certain age will remember the iconic sound that got pumped out of the Space Invaders arcade machine. Fair enough, but the rest of that list wouldn’t make my best video game ever list.

For me it’s Bloodborne all day long. I’ve never been that obsessed with a game before and I’ve been playing games for many years now, it’s the only game where I got sucked in enough to get the platinum and spent a lot of time reading about the lore and all the theories about the different characters and how they ended up the way they did or did the things they did. It took over my life for a couple of months all together and I know I’m not alone in that.

The Bloodborne subreddit is as busy as ever and always willing to help new players and so is the huntersbell sub for people who need co-op help. So even though it was released back in 2015 it still gets new players who find themselves getting sucked in the way I did.

I’ll get off my soapbox now, I just thought that needed to be said.
Mitchell

GC: Bloodborne was the first omission that came to mind for us as well. It seems to us, that it’s less a shortlist of the best games ever and instead the most influential. It’s the only thing that explains why Dark Souls and Super Mario Kart are the titles chosen to represent their respective developer/franchise.

Inbox also-rans
I also think Activision is the one leaking all this info about Call Of Duty 2022 and 2023. It’s like, ‘Don’t worry about this year’s boring one, we’ve got much better stuff coming up soon!’ But if they know it’s boring why make it in the first place?!
Focus

Why do I get the feeling an open world Sonic the Hedgehog is going to be a disaster? Super game? I wouldn’t trust Sega with an indie game most of the time.
Tommy

This week’s Hot Topic
The subject for this weekend’s Inbox was suggested by reader Fellows, who asks what is your favourite boss battle of the modern era?

Which game from the PlayStation 3, 4, or 5 era have you enjoyed the most and why? How do they compare to older style boss battles and what do you think of the current standard of boss fights – especially those from Western developers, who traditionally aren’t as good at them?