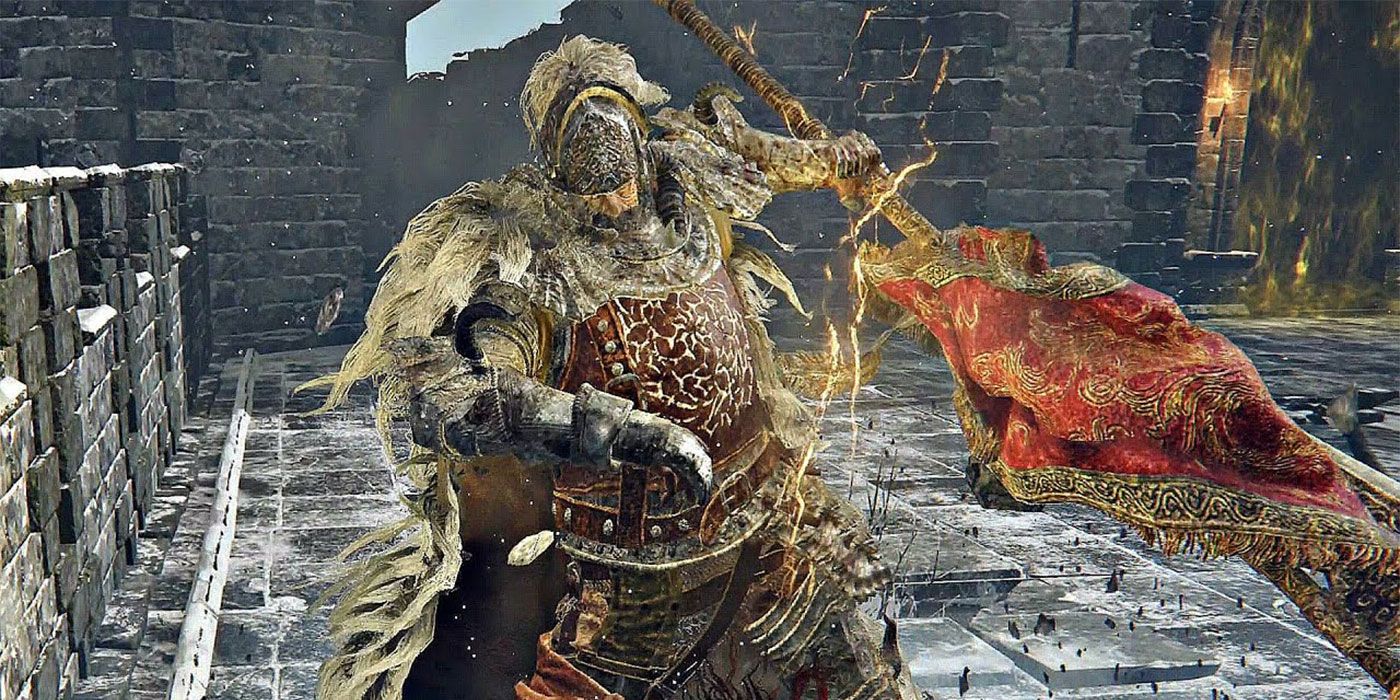 The Monday letters page is upset about what the death of E3 has done for game reveals, as a reader asks if anyone cares about Unreal Engine.

Drawing a line
I hate that it’s got to this point but I admit defeat: I’ve given up on Elden Ring. It was Commander Niall that did it for me in the end. I don’t know how far he is from the end, but it doesn’t really matter because I can’t beat him and I certainly can’t beat anyone that’s harder than him.

I’m a bit frustrated, as you’d expect, but I’m mostly okay with the decision to cut my losses, as I’ve had a great time with the game and got much father than I expected – having got basically nowhere with Dark Souls 3.

I’ve also spent more time playing it than I have the last two games I played put together, and I beat them! It’s a fantastic game and despite admitting defeat I really don’t think I’d have it any other way. The bosses do seem too difficult, and the random nature of co-op partners means that calling them in doesn’t count as an easy mode at all, but that’s all I can say.

The only thing I don’t like is all these stories of people beating it blindfolded in three hours. I struggled for 200 to get where I am and to me that was impressive!
Cranston

GC: As useful as he is to beat, Commander Niall is actually an optional boss.

Ring out
I haven’t heard from many people saying they’ve beaten Elden Ring on the Inbox but I’m here to say the opposite: I’m giving up. I can’t beat Godrick and on the third day of trying I’m cashing in my chips and admitting I don’t have the ability or patience for it.

It’s a good game, I can appreciate the effort and care that’s gone into it, especially the open world, but after thinking that I had a handle with it after Margit I realised I was actually getting worse, not better, going through the castle, and now I’m at the point where I literally can’t go on.

I’m not sure if it needs an easy mode exactly but for me the bosses were much too hard and I’m not really sure what the game wanted of me. Should I have grinded more? Did I have to have all three co-op partners to win? As ever it never explains anything and I’ve had enough of it now.
Simle

Fun for all the family
Completely agree on all the praise Lego Star Wars is getting. Bought if for both my partner and our kids (even in my head I’m not sure which more) and we’ve been thoroughly enjoying it. The gameplay has a lot going on but is still accessible and I love the variety it brings, especially once you see those ‘Devil May Cry’ videos.

The thing I love the most though is just how funny it is. The jokes in the story missions are mostly aimed at kids, it’s true, and don’t have much going on for adults, but the developer’s are off the chain when it comes to the side missions. There’s so many of them they just seem to have been allowed to do whatever they want, with little in-jokes about everything from Rockstar’s Bully to Indiana Jones.

I love how British it seems too. I don’t think a lot of the slang they use is common in America, which makes it extra funny, and the majority of the voiceovers seem to be British. For some reason everyone on Mustafar is Welsh, which I don’t know… maybe that’s canon but it made us laugh!

A really great game that is enormous and has very few bugs. There are some, it even crashed once, but they’re nothing serious and I’ve seen a lot worse elsewhere. Kudos to Traveller’s Tales and I hope they get to make another one.
Cardo

Engine of choice
It always surprises me the fuss some companies make about their new game using Unreal Engine 5, or whatever the latest version happens to be. Does anyone really care? I’ve seen games that look great in Unreal Engine and I’ve seen ones that look bad, but I wouldn’t see the logo or hear the name and think, ‘Oh, that game must be good’.

Personally the idea of everyone using the same tech seems kind of disappointing. I’d much rather developers created their own engine to suit the specific needs of their own game. Although I admit there are some examples where that probably isn’t a good idea, such as DICE’s refusal to let go of Frostbite.

The only certainty of Unreal Engine is that its tech demos will look nothing like any of the games that use it. I know that’s not necessarily the point but anyone that thought the new Tomb Raider, or whatever, is going to look like that PlayStation 5 demo with the caves is going to be in for a disappointment.
Cribbens

No horizons
I tell you one thing we miss from E3 and that’s knowing when to expect news. Things have gone a bit quiet lately, with Sony’s big PS Plus announcement just being a short blog. I now have no idea when to expect more news from them, Microsoft, or Sony.

Not only that but I have no idea what any of the three are planning for later in the year, which is kind of frustrating. I realise a lot of the problem is probably the pandemic but I’m kind of feeling my interest in games starting to drift at the moment, as there’s almost literally nothing on the horizon. It helps to look forward to things, even if it’s just a name and a teaser trailer.
Freddie

No fighting
I wish Capcom would get a move on and announce Street Fighter 6 as it feels to me like the whole fighting game scene has been very quiet for a long time now. The only one that’s ever a big hit is Mortal Kombat and we haven’t heard about that for a while either.

Everyone knows the problem that fighting games have in doing something new, which is obviously a big problem with making more sequel, but I really hope they figure something out for Street Fighter 6 and manage to make it a big hit.

I always think of Street Fighter as one of THE big franchises but it’s a bit of an eye-opener when you realise it doesn’t actually sell that much at all, and probably Capcom only make money through microtransactions.

I hope when it is announced they make a new Marvel Vs. Capcom with the same engine too. It’s just been too long since these types of games were big news. Heck, I’d ever take an Injustice 3 right now.
Okabe

Syndicate betting
Ah. the hardware battles of yesteryear. For me it started with the BBC Model B or Sinclair. And I remember Amiga 500 and Atari ST duking it out, there was one game in particular that started fights: Syndicate.

With all the remakes could there be a chance of a Syndicate or Syndicate Wars remake or possibly, dare I say it, a sequel? Ooh, if only.
David Reed

GC: That’s up to EA, but they haven’t done anything with the series since 2012.

Memory lane
I’ve got to congratulate you on an absolutely amazing interview with Darren Melbourne regarding the Amiga 500 mini-console. If you’ll forgive the pun, it was Awesome (that was a game more style that substance, it even came with a T-shirt if I recall properly). With all the programmers and game companies mentioned it was like going back in time. Just seeing names like Dino Dini and Firebird almost brought a tear to my eye! All that was missing was a mention of Superfrog in the top three…

Anyway, a big thank you for a totally engrossing article and I look forward to the next one, retro inspired or otherwise.

Just a quick note to say thank you for the interview with Darren Melbourne on Friday.

Been gaming for a very long time now and that article was superb.

Thanks for cheering an old man up!
Jowbullman

Just want to say what a fantastic interview RE: the A500 Mini, absolutely brilliant. And how awesome is Darren? His knowledge and love of the format shines through. More like this please, brilliant content.
PugMartin

GC: Thanks very much.

Inbox also-rans
Am I the only one that’s never liked Remedy’s stuff? I’ve played Max Payne 2, Alan Wake, and Control at various points, always ultra cheap or free, and they all seem so shallow and repetitive.
Johns

I know GC said as much in their review but why would you remake House Of The Dead without a lightgun? Of all the Sega arcade machines they could’ve picked that seems like the worse choice possible. That’s Sega for you, I guess.
Ioaln

This week’s Hot Topic
The subject for this weekend’s Inbox was suggested by reader Georgie, who asks what’s your favourite family friendly game?

The recent success of Lego Star Wars: The Skywalker Saga, has emphasised just how few big budget, mainstream games are suitable for all audiences, so which is your favourite? It can be any game with a 3 or 7 age rating, or a 12 if you can make an argument for it being suitable for everyone – in terms of both tone and gameplay.

What styles of game would you like to see with a more family friendly approach and what games do you regret not being able to play with your children or other friends and family? What are you biggest concerns when kids play games and how do you police what they play, if at all?