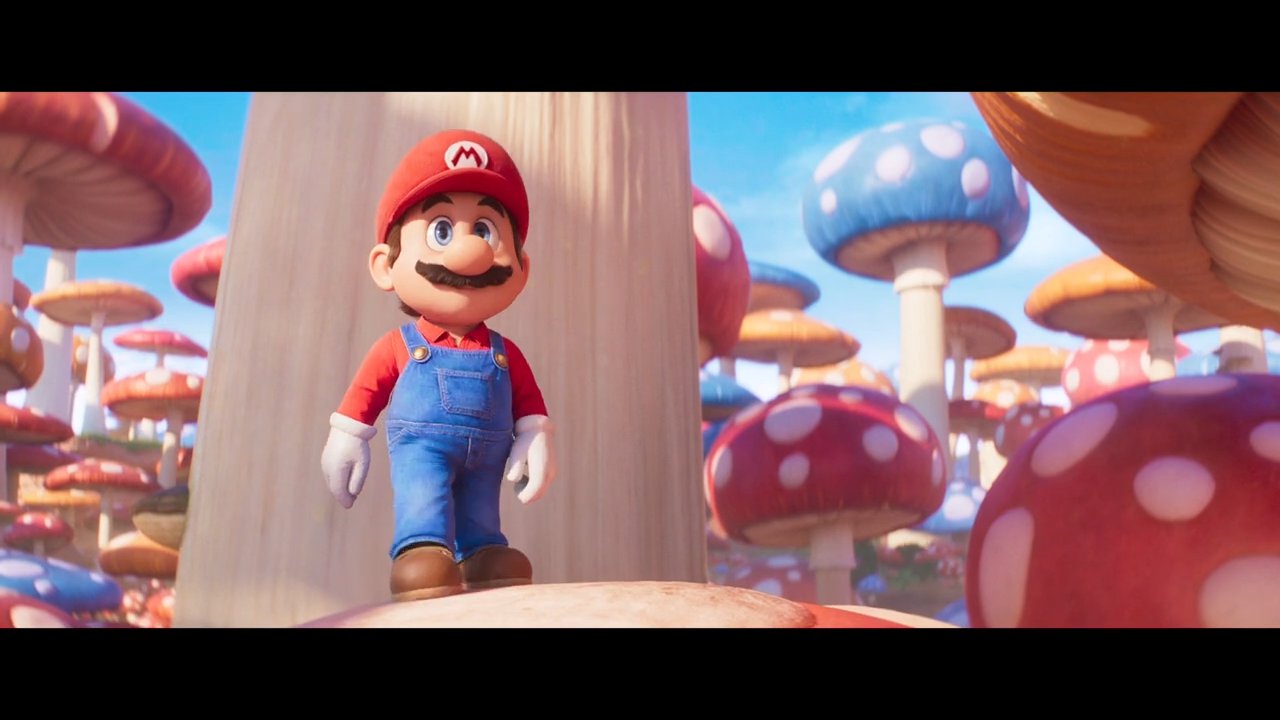 The Friday letters page has more recommendation for getting the most out of Microsoft Rewards, as one reader sticks up for Splatoon 3.

Cool trailer, bro
So um… I just watched The Super Mario Bros. Movie trailer and it was… quite good? There was nothing super funny (I’m not sure what the joke with the mushroom was even supposed to be) but it looked great, didn’t seem to be embarrassed of its origins and the voices were fine. I’d prefer if Mario was Italian but there was a bit of a twang in there, I felt, and I could imagine a lot, lot worse (sorry, Bob Hoskins).

I actually thought the best bit was Luigi at the end, that looked really good and, again, just like the games. Could almost have been a teaser for Luigi’s Mansion 4 (where is that game, anyway?!).

So yeah, it’s looking pretty good. I’ve no idea if it’ll be a hit or not but I’d take the family to go see it, whether they want to or not! Now get started on that Zelda movie, because if it looked as good as that I’d start camping outside the cinema right now!
Manston

The real Mario
So, as expected Chris Pratt, can’t pull off the Mario voice. Jack Black as Bowser sounds great. The opening scene with the penguins was amusing, so hopefully they continue on the comedy throughout the film.

The one thing I am really hoping doesn’t happen is we see real-life mixed with CGI. This is a video game adaptation so make it look like a video game.
Alek Kazam

GC: That seems unlikely. Unless maybe when Mario’s in the real word, if that’s even where he comes from.

Counter-programming
Is it just me or is nobody playing Overwatch 2? Not only am I the only one amongst my friends to play it, I seem to be the only one aware it was even out or that it was free-to-play.

I don’t know exactly what Blizzard did to make the game less popular, but it certainly seems that way to me. Unless the whole discussion is going on in some other space that I’m not even seeing.

It would certainly be ironic if Microsoft finally got the Activision Blizzard purchase to go through and then both Call Of Duty and Overwatch saw a massive dip in popularity. Nothing is on top forever and while I don’t like acquisitions, I do actually agree with the idea that there’s nothing Microsoft could buy that Sony couldn’t counter in some way.

Which makes me suspect that Sony will probably come up with their own military shooter at some point in the future and probably a hero shooter too (or maybe that could be one and the same game). Microsoft is clearly going to get their way so my advice to Sony is just to accept that and start planning for counters already.
Goshdrat

Wait and see
£100 for a Far Cry 6 Game Of The Year Edition? £50 for an upgrade? Have I been living under a rock or is Ubisoft grossly overestimating Far Cry’s popularity? I can’t even begin to wrap my head around spending that amount of money on the game. I’m sure it’s okay – Far Cry 4 and 5 were – but those are crazy amounts of money.

I hate to be the latest to say it but it seems other publishers can’t move but unintentionally make Game Pass look like better and better value for money. It’s beginning to feel like buy anything at full price is just a waste of money now.

It’s not even anything against Far Cry 6 especially, I did mostly enjoy the previous games, but the current problems are just making it more obvious how expansive video games can be and how that can easily be reduced out of the blue if a game happens to go on sale or appear on Game Pass. Waiting for that to happen is increasingly the only sensible options.
Tek

Serious racing
I quite like the cel-shaded/anime thing going on with Need For Speed Unbound but what worries me is how serious it seems to be taking itself. I feel like this should be a bit more self-aware and silly, rather than be so obsessed with looking cool.

There are so few arcade racers nowadays and the few that do exist, like this and Forza Horizon, always have the same obnoxious attitude, that seems to be overcompensating for the fact that they’re trying to look like they’re American but are in fact made in checks notes Guildford and Lemington Spa.

Sometimes it’s more fun to be a jackass than a badass.
Gency

One rung below
Contrary to the letter earlier this week, expressing disappointment at Splatoon’s single-player mode, can I say how much I’ve been enjoying it.

It most reminds me of the shrines in Zelda: Breath Of The Wild, with stacks of varied two to five minute puzzle or action rooms to clear. It also has some Mario-esque qualities of ideas being brilliantly implemented for a handful of levels then never seen again. Whole sections designed around mech crab tanks, lightgun style on-the-rails sections, etc. give different experiences to the core multiplayer modes.

I will be in the minority on this, but I think it is only one notch of quality below Nintendo’s very top tier. The bosses in particular work superbly with Splatoon’s mechanics. It is however a very gentle evolution following the excellent Octo Expansion so can appreciate the slightly cool reviews. Personally, I could do without the story and overworld and would be happy with getting straight to each level.
i.e.mcr (NN ID)

It all adds up
RE: dan69247 and Microsoft Rewards.

I can’t imagine anyone is making loads but it’s pretty decent. I think the monthly maximum points available without any received from purchases is about 20,000 points, like this article shows, which will give you all the info you need.

Maximum rewards
RE: Microsoft Rewards tips for dan69247. I recommend checking the Rewards app on the Xbox itself and trying to complete as many daily, weekly, and monthly challenges. The points soon stack up, particularly as you build streaks. Add to that the bonus you get just for opening a Game Pass game, and more to just ‘check in’ on the Xbox mobile app each day.

But also install the Bing app on your phone and you get different daily challenges – you can easily get about 100 points a day just for five minutes of your time there. The best part is you don’t necessarily need to complete all the quizzes, merely open most of them. Took me a while to learn that.

Ditto searches: I haven’t switched to Bing as my preferred search engine – DuckDuckGo FTW – but I have used it occasionally, such as when the challenges require it. More easy points considering the actual search terms don’t matter.

Weirdly, there are also monthly punch cards to earn more points if you specifically log in to Rewards using a browser instead of the app.

I’m a fan of Rewards – I’m hoping to save up enough points to buy a wireless headset – but I wonder how long we have before they make it less generous and more exploitative.
FoximusPrime81 (gamertag/NN ID/Twitter)

Inbox also-rans
Horrible to hear about the 4A Games developer dying defending Ukraine. Ultimate respect to him and sad condolences to his family.
Cole

I’d love to say people are just piling on Sony at the moment, but then I read the story about PlayStation Stars. What are they doing?!
Mazeack96

This week’s Hot Topic
The subject for this weekend’s Inbox was suggested by reader Razzledazzle, who asks what game mechanic have you never been able to get the hang of?

His example was the web-swinging in Spider-Man, but it can be any element of a game, from a general concept such as flying to something more specific like the special moves in a fighting game.

Are you completely unable to pull off the mechanic or is it more that you’re just not very good at it? How much effort have you made to get better and what would you change to make it easier?