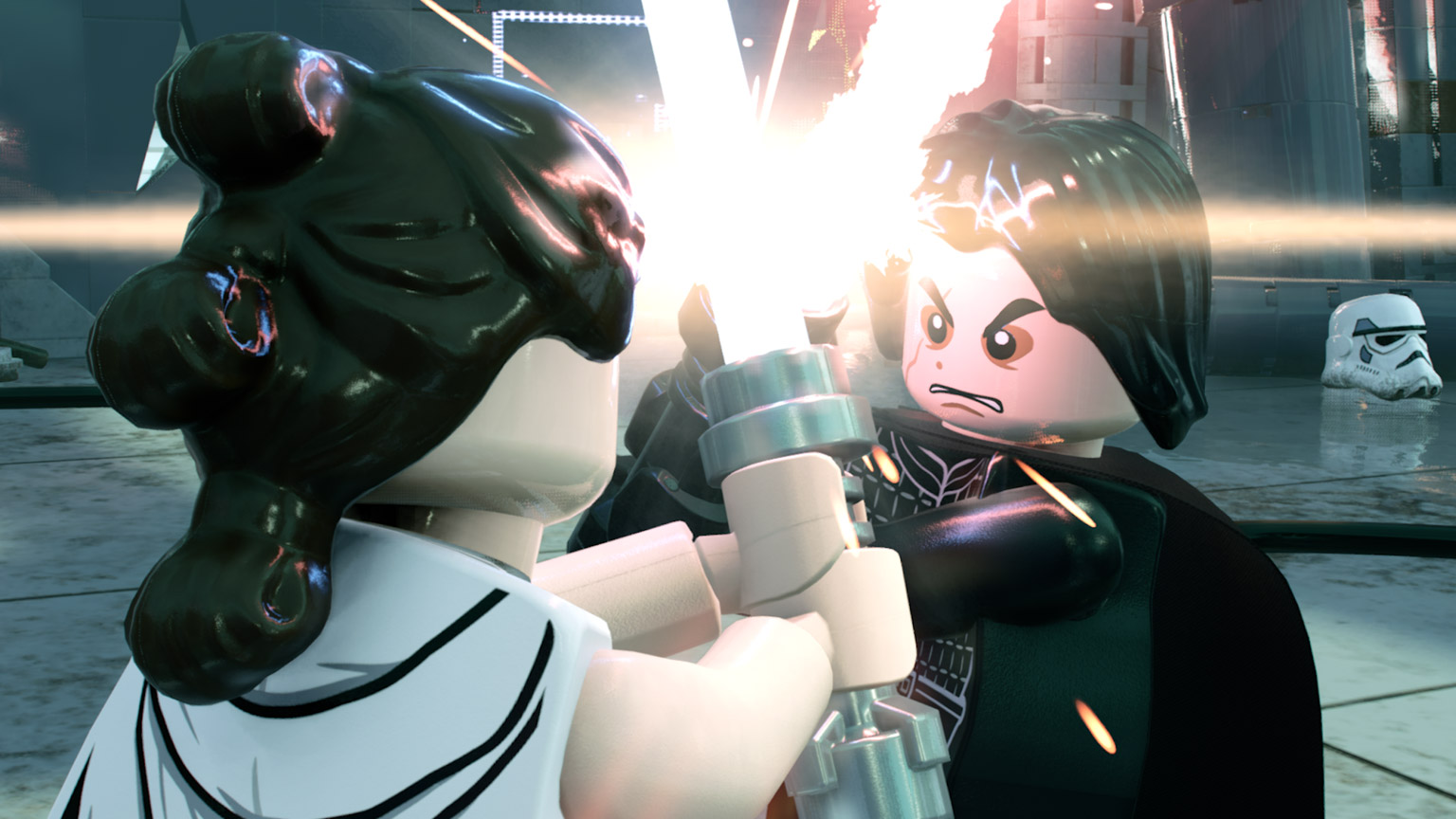 Your first Star Wars
I’m currently playing Lego City Undercover with my five- and three-year-old sons, which they both love. The beauty of it for them is the simplicity with the game mechanics, which allow them to achieve something and progress slowly.

Would the new Stars Wars game be too complex for them, as you didn’t mention how old the kids were you play tested with in the review.

They still haven’t seen Star Wars but know some of the characters, but both love Lego. We have only just started playing together (once a week) but their skills improve each week.
Ross K

GC: We played with a five-and-a-half-year-old, who has relatively little experience with non-touchscreen games and he was fine with everything but the space combat. Every child is different though so it’s impossible to be definitive about the issue. We should also point out the game has a ‘7’ age rating, although we’ve no idea why as the efforts the cut scenes go to in order not to show anyone dying are bizarre.

Ongoing secret
I was going to write in and say, if ever there was a game series where canon didn’t matter, it was Monkey Island. The ending of the second game implied it was all in the imagination of a kid at a theme park for crying out loud.

Breaking the chain
I have just seen a news report, from Youtuber YongYea, that an NFT game called Axie Infinity has had $620m stolen by hackers and it is hardly alone with other very large NFT and blockchain based cyber robberies occurring recently. Does GC know anything about this or any similar stories?

I am somewhat confused as all the NFT supporters seem to promote the blockchain as something hugely secure whereby crimes like this should be impossible. Yet they seem to be commonplace, so something does not add up.

I think in this case it might be that the games website that was hacked and therefore someone has stolen previously unsold virtual items that would have a market value of $620m and not that the company or a person has had $620m of purchased assets stolen. So similar to someone hacking a large company and assigning themselves $620m worth of shares before they go to market, but I really do not know. Does anyone know the actual details of this or any of the similar crimes?

Are NFTs even more of a scam than I originally thought? Is the ‘security’ blockchain offers itself a lie?
PazJohnMitch

GC: As we understand it the hackers got control of the validator nodes that maintain the blockchain Axie Infinity uses. So, yeah. It’s also worth pointing out that Axie Infinity’s economy was failing even before the hack, since the whole concept of play to earn is nonsense.

.1 of a problem
I’m looking for a bit of advice from the GC readers. Having been lucky enough to pick up a PlayStation 5 last Christmas I have just updated my TV to a 4K Sony set which has HDMI 2.1 sockets, 120Hz, and is capable of variable refresh rate (VRR), hoping that all of this would be easy to connect and set up. What I didn’t take into account was also having a PlayStation VR in my wiring set-up, which only has HDMI 2.0 – which seems to negate some of the benefits of the TV, especially the 120Hz feature.

I was wondering if any of the readers have had a similar experience and how they got around this. I know I could just swap HDMI leads but don’t want the wear and tear on the sockets and they aren’t easy to reach in my set-up. Any advice much appreciated.
Not the Cable Guy
Currently playing, close to completing and thoroughly enjoying Guardians Of The Galaxy.

GC: We disconnected the PlayStation VR from our PlayStation 5 and plugged it back into our PlayStation 4 just for that reason. We realise that’s probably not going to be a solution for you but we’re not sure there’s anything else to do but keep swapping the plugs.

Tiroedd Rhwng
I’m about 15 hours into Elden Ring and having a good time so far. I don’t think it’s near best game ever territory but maybe that will come with time. What I am thoroughly enjoying though, is just how Welsh the game is! Who knew? It’s like watching a special of Gavin and Stacey at times.

Renna the witch has a beautiful Cardiff accent and I had to smile as Blaidd the Half-Wolf jumped down from his perch to reveal his strong Welsh tones. So now I imagine The Lands Between is actually the green, green grass of home, and Limgrave doesn’t actually look too dissimilar… so that’s settled in my mind. It is Wales.

Interesting Blaidd is the Welsh word for wolf, so his name is actually ‘Wolf the Half-Wolf’…. he sounds at least three quarters Wolf to me.

I look forward to the final battle with Tarnished Tom Jones who I now assume is the final boss. I mentioned that final boss theory to a friend who said they found it quite strange, but I just shrugged and said ‘it’s not unusual’.
Henshin Agogo

Greater than zero deaths
As the debate continues about whether the Souls games should have a difficulty setting I’m playing Tunic, which gives you accessibility options that include ‘no deaths’.

Of course, Elden Ring has sold so well (I’m still undecided on getting it), and it’s been praised for sticking to its guns on difficulty. But I do wonder how many people will get stuck at certain points and never complete the main story. I would’ve thought, as a developer, you’d want people to see your entire game and not have them give up midway.

Maybe I no longer have the patience and ability of my younger self to tackle these games, as I’ve already died loads of times on the first boss on Tunic. I’m going to take a break and give it another try later. But if I still can’t do it, I’ll have to ‘cheat’ my way past, as I want to see what the rest of the game has to show me.
ttfp saylow (gamertag)
Now playing: Tunic and Genesis Noir

GC: Statistically, most people never finish the games they play, no matter what it is.

Film of the game
I’ve never been a fan of video game films, having seen the Super Mario Bros., Street Fighter, Mortal Kombat, and the recent Sonic one – the latter of which I found to be atrocious.

I never thought Sonic the character would be THAT annoying, hence why I never finished watching it.

However, l have finally gotten round to watching Pokémon: Detective Pikachu and I loved it. I thought I would HATE it as I’ve never been a fan of Ryan Reynolds, but I felt he handled the role better than I expected.

It was great to see the Pokémon in good CGI and I enjoyed the story.

After watching the Detective Pikachu film, I played the 3DS game and while I enjoyed it for the first four chapters, I felt it began to outstay its welcome after that. I did complete the game but felt it was a bit too long for no reason, so they’ll be no reason for me to ever go back to it.

Going back to the film, I hope the quality of the upcoming Mario film is something like it.
LeighDappa

GC: Detective Pikachu was always an extremely obscure game, so it was quite a surprise they used it as the basis for the movie – although the logic for why does make sense.

Swing and a miss
Unfortunate Zelda delay news. I was fairly confident it’d still make 2022 after the no-show in the last Direct. But after the new Pokémon games for the winter announcement I did wonder, a new mainline Pokémon and Zelda in the same season? Not to mention Xenoblade Chronicles 3… play time is limited and that’s a lot of likely 100+ hour exclusive games coming out at once.

To tenuously link this into recent Hot Topics and Reader’s Features I was playing through Zelda: Skyward Sword HD for the first time recently and am quite baffled by the strong critical reception it has, both the original and the remaster. I haven’t played the older 3D Zelda titles for a long time, but I don’t remember them being quite as pedestrian and basic as this is? Maybe Breath Of The Wild, with probably the best open world until Elden Ring came along, has completely clouded my memory.

The gameplay feels like a series of loosely connected mini-games (I guess to be expected when reworking old Wiimote swings) and the control is oddly stiff and unnatural. I’m playing purely with the new button and right stick controls in handheld. It needs multiple unwieldy uses of buttons and analogue sticks just to throw bombs in the right direction and position Link to interact with things, which well over a dozen hours in I’m still messing up.

At least it’s hilariously easy, so game over screens are rare. The levels/dungeons themselves feel like these contrived dioramas built around using these controls to open up new paths (similar to abilities in a Metroidvania actually) and while that puzzle solving can be satisfying it lacks the expansive levels ready for adventuring I remember from the other games.

Everything feels claustrophobic and enclosed and exploring is just a chore to get through. Then flying around the sky on your bird is so dull and lifeless I can’t believe the developers submitted it as finished work, half of the content is missing, surely?

For me it just points to the fact the world building here isn’t quite right, everything is just a little off and doesn’t hold together as a coherent place. This game came out a year after Dark Souls (admittedly on inferior Wii hardware) and feels like an ancient relic in comparison. I hope Breath Of The Wild 2 doesn’t suffer the same next to Elden Ring.
Marc

GC: It actually came out only two months after Dark Souls.

GC: Most would consider Dark Souls 2 to be the weakest of the Soulsborne games, not un-coincidentally it’s also the only one not to be directed by Hidetaka Miyazaki. But they’re all good, so it’s just whatever takes your fancy.

That Will Smith Elden Ring story is hilarious. Talk about performance art. I hope I get invaded by him (and it secretly actually is him).
Hobbie

This week’s Hot Topic
The subject for this weekend’s Inbox was suggested by reader Gannet, who asks what’s your favourite game that isn’t a classic?

It doesn’t have to be a bad game but what title do you enjoy even though you know not many other people think highly of it? Why is it you like it, and does it have anything to do with nostalgia, a famous licence, or the game having some greater meaning to you in terms of when you first played it?

Do you regard it as a genuinely good game or a mediocre one that you just happen to enjoy? Does its reputation, or lack of one, bother you and do you think it is unfair earned? 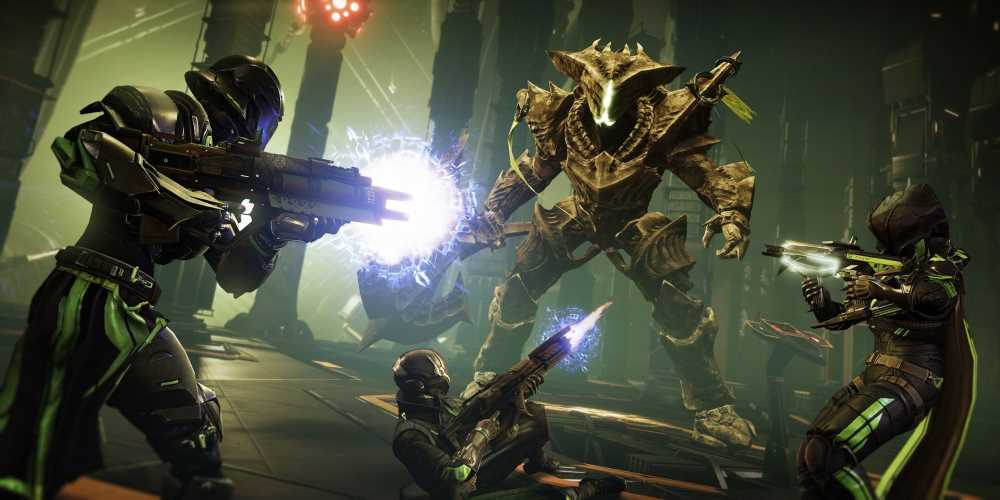 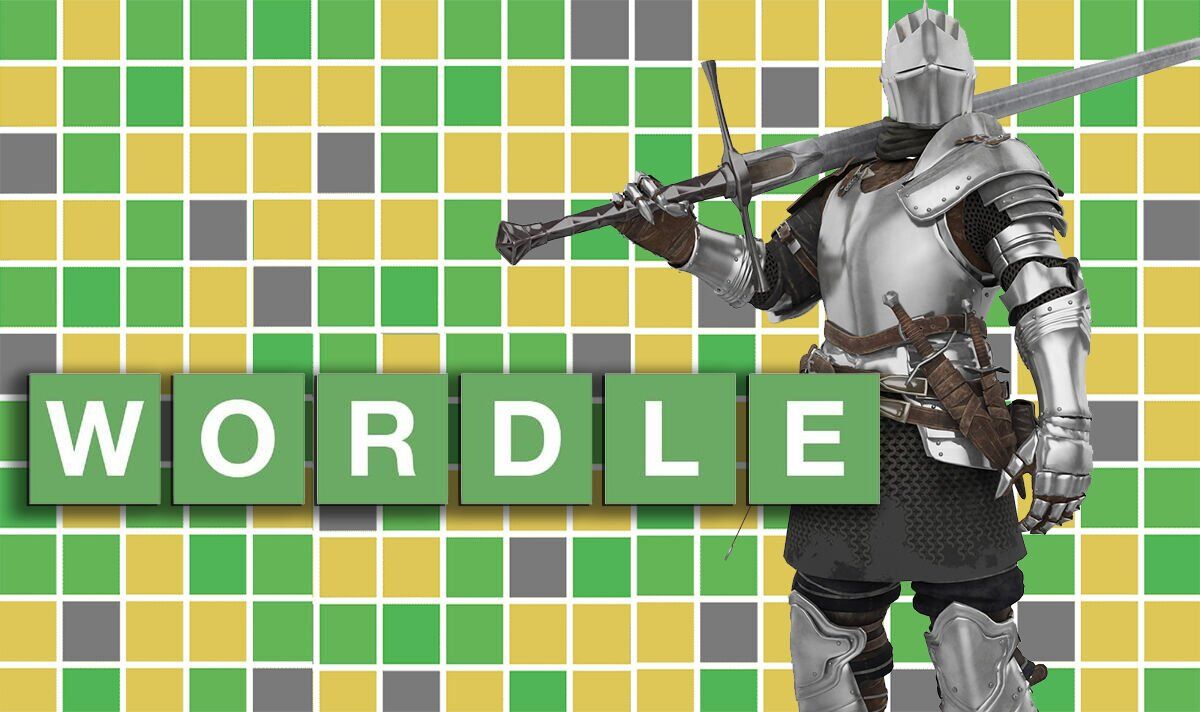