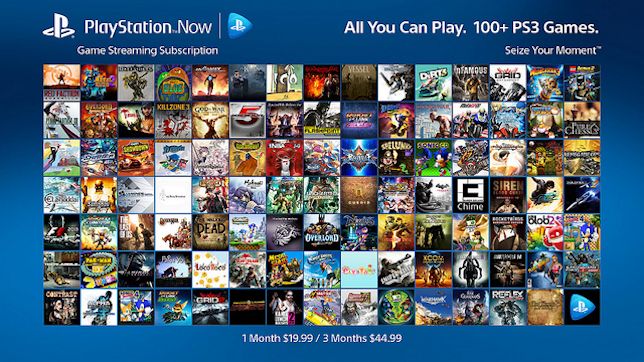 The Monday Inbox asks what’s the perfect story length for games like Dying Light 2, as one reader is not sad to see the Xbox One end.

Now is never
It seems like the rumours of Sony planning a Game Pass equivalent are true. I guess it was inevitable once they started hinting at it themselves. I think it goes without saying that it won’t be exactly the same thing though and there’s no chance all first party games will be available day one. But is it possible to guess what they’ll do instead?

I like the idea of them treating it like cinema and you have a couple of months where that’s the only place you can see a film and then it open up to streaming. Do that with games, so you have to buy them at first and then can get them ‘free’ on PlayStation Game Pass and that’d be great. But probably unlikely to happen.

One big question is what are they doing with PS Now? Are they just going to discontinue it and restart from scratch with their streaming and backwards compatibility plans? That would be my guess actually, as I think the PS Now name is largely worthless and it was never popular. So for the Game Pass service they can make that more about backwards compatibility, with optional streaming, and then you’ll get new first party games maybe a year after launch and not months?

Impossible to tell, obviously, but it seems like they’re moving pretty quickly and an announcement could be imminent. Curious to see if they knock this one out of the park or they have to redesign it a couple of times before they get it right.
Cranston

Two years running
So what I’m wondering now is what happens if this year’s Call Of Duty ‘underperforms’, after Vanguard does the same? How do you rethink Call Of Duty? It’s a game about playing soldiers in first person and I’m not sure that any gimmicks are going to save it. Although I imagine somewhere on an Activision whiteboard somewhere there’s a plan for an open world version (and probably NFTs).

I can’t see that changing the needle on anything though since the single-player is never anything other than a bonus and it’s the multiplayer that’s obvious putting people off. That and the cheats. I don’t even see giving up and concentrating on Warzone for a bit as an option as that’s had just as much criticism, if not more, so it’s all in dire need of change – especially Zombies mode.

The thing is, if Call Of Duty fails then the whole of Activision fails because they have literally nothing else. Especially as Blizzard are at a current low, and that’s not even counting all the controversy about their workplace. I guess the theory is that people will always like playing toy soldiers, but if I was an investor I would want nothing to do with the company right now.
Grackle

Exclusive club
Cracking article by Joseph at the weekend about the absolute state that is NFTs. It confirmed to me what I already thought about them, which is what a load of absolute rubbish they are, and anyone caught up in the sale, purchase or anything else to do with NFTs needs to take a long, hard look at themselves and ask if fake money for non-real goods is really worth the shocking scale of environmental damage they’re causing.

As such, Ubisoft have been added to my list of publishers I won’t buy from again (a shame as I really enjoyed Rayman Origins and Legends but it doesn’t look like we’ll get another of those anytime soon so, perhaps it’s not too big a loss for me!). Activision are the longest running member of this club, having joined during the Infinity Ward saga and then stayed on when I learned about the nasty piece of work that is Bobby Kotick.

Keep up the good work GC and its readers.
StellarFlux

The perfect length
Funny to see all the complaints about Dying Light 2 maybe being too long, that’s not something I think I’ve ever seen before. Not for a game before it comes out anyway. There has been talk, after the fact, that a lot of games are relying on bloat to fill out their run time though and that’s something I’m definitely against.

What am I worried about though is that this will become an excuse for publishers to try and make eight hours the standard for a single-player game again, which I am totally against (strange to think that was the norm during the Xbox 360 era).

It’s clear the length of a game is a tricky thing to get right. You’ve got to balance value for money against pacing and the idea of telling a proper story – not just making up constant plot twists just to keep things going. The number of games that are claimed to be ‘too long’ has definitely been increasing over the last few years and I’m curious whether it’s going to continue and whether it’s something publishers are worried about.

Like, Zelda: Breath Of The Wild takes most people hundreds of hours, which at the time I saw as a bit of a one-off, now it’s beginning to seem like normal…
Camphor

Local advice
RE: Torro’s request for local multiplayer Switch games, because I attend a local Nintendo Players UK group I’ve had the good fortune to play a lot of great multiplayer games and I’ve even written about them for NPUK.

My first suggestion would Heave Ho, which is ludicrous fun and requires coordination and teamwork which inevitably goes out the window.

Then there’s Death Squared, which is a bit Portal-esque and has ample opportunity for ‘accidentally’ killing your team mates.

Finally, What The Golf?, which is technically just two-player, but I’ve had fun passing the controllers between friends each round. It’s a very simple game to pick up but has a huge range of variety and is very, very funny.
Euclidian Boxes

Failure to connect
In reference to using HDMI cables to connect a Dreamcast and PlayStation 2 to 4K TV (not at the same time!), I had a look at the websites that the reader suggested but one website doesn’t sell HDMI cables to the Dreamcast and PlayStation 2 and the other website is very expensive and the cheaper options don’t have an HDMI cable option. Can anyone else recommend some cables?

I have seen these cables on the USA website Limited Run games (I buy region free games from them), my friend lives in the UK and has UK consoles and TV. Would those be any good, would anybody know? The PlayStation 2 cable is sold out but the Dreamcast one is in stock.

Could anyone recommend any cables or converters, if that it is the right word, on Amazon UK that work well but don’t break the bank? I’m a bit new to this subject, as you can tell! Any help would be greatly appreciated, thank you.
Andrew J.

Hard to resist
I love how all of the excuses for NFTs basically boil down to, ‘It’s so easy to make money that, even though it’s nonsense, I can’t stop myself’. That’s basically every publisher so far and Troy Baker. There’s nothing positive or useful about NFTs at all. They’re the quintessential solution in search of a problem but because some loonies are willing to buy them anyway people and companies can’t stop themselves from taking advantage of it.

Do I blame them? I guess not. If I had access to such easy money I suppose I’d do the same but it’s all horribly depressing. Especially if, you know, you don’t want the environment destroyed.
Focus

Gone and forgotten
As a long-time Xbox fine I feel the urge to defend the Xbox One and the decision to discontinue it but, really… I can’t. There are some great games on the console, as there are with any console, but the machine itself and everything surrounding it was such a disaster from the start that Phil Spencer has had to work miracles regaining Xbox’s reputation and getting things up to where they are now.

Apart from the games there is nothing worthwhile to take form the Xbox One and I only wish Phil had been able to release a new console as soon as he started over at Xbox. Now that the Xbox Series X/S is out I’m over the moon that it’s worked out and that the schedule of upcoming games is looking so good. This is what I wanted the Xbox One to be and the fact that it wasn’t caused some real soul searching for me.

It’s basically Microsoft’s PlayStation 3 moment and, like, Sony they’ve listened to the problems and made sure that the successor didn’t make any of the same mistakes. I’m glad to see the back of it and for it to become just a footnote in Xbox history.
Bosco

Inbox also-rans
I have a large collection of Pokémon 1st edition cards that are in pristine condition from 1999, wondered if they would be of interest to anyone?
Anon

GC: Would you take $3.5 million for them? We won’t bother checking their authenticity with anyone else, so it should be a quick transaction.

In response to Winston saying that you’re hoping for Fable this year. I have a source at Playground Games and I can confirm that it won’t be out this year.
Anon

GC: You’re saying that someone in the playground told you?

This week’s Hot Topic
The subject for this weekend’s Inbox was suggested by reader Rackham, who asks what was the last physical game you bought and why?

Digital game sales are now in the majority, but do you still buy physical copies as well? And if you do, what was the last one? If you’re now 100% digital, then what was the last physical game you bought and did that have anything to do with your decision?

If you’re a mix of the two methods, what is it that decides which you’ll go for? Are you generally happy with digital sales taking over and what would be your concerns if physical copies went away entirely?