Games To Play If You Like Vampire: The Masquerade – Swansong

Vampire: The Masquerade – Swansong is now available on PC, PlayStation 4 and PlayStation 5, Xbox One, and Xbox Series X/S, and is the most recent game in the Vampire: The Masquerade series that takes place within the larger World Of Darkness video game universe. While Swansong is far from the most well-received game in the series, like all games, it still has its fans.

Whether they're looking for similar games after enjoying Swansong or looking for better games after finding it a little bit disappointing, there are plenty of similar video games from a variety of genres that players can try. 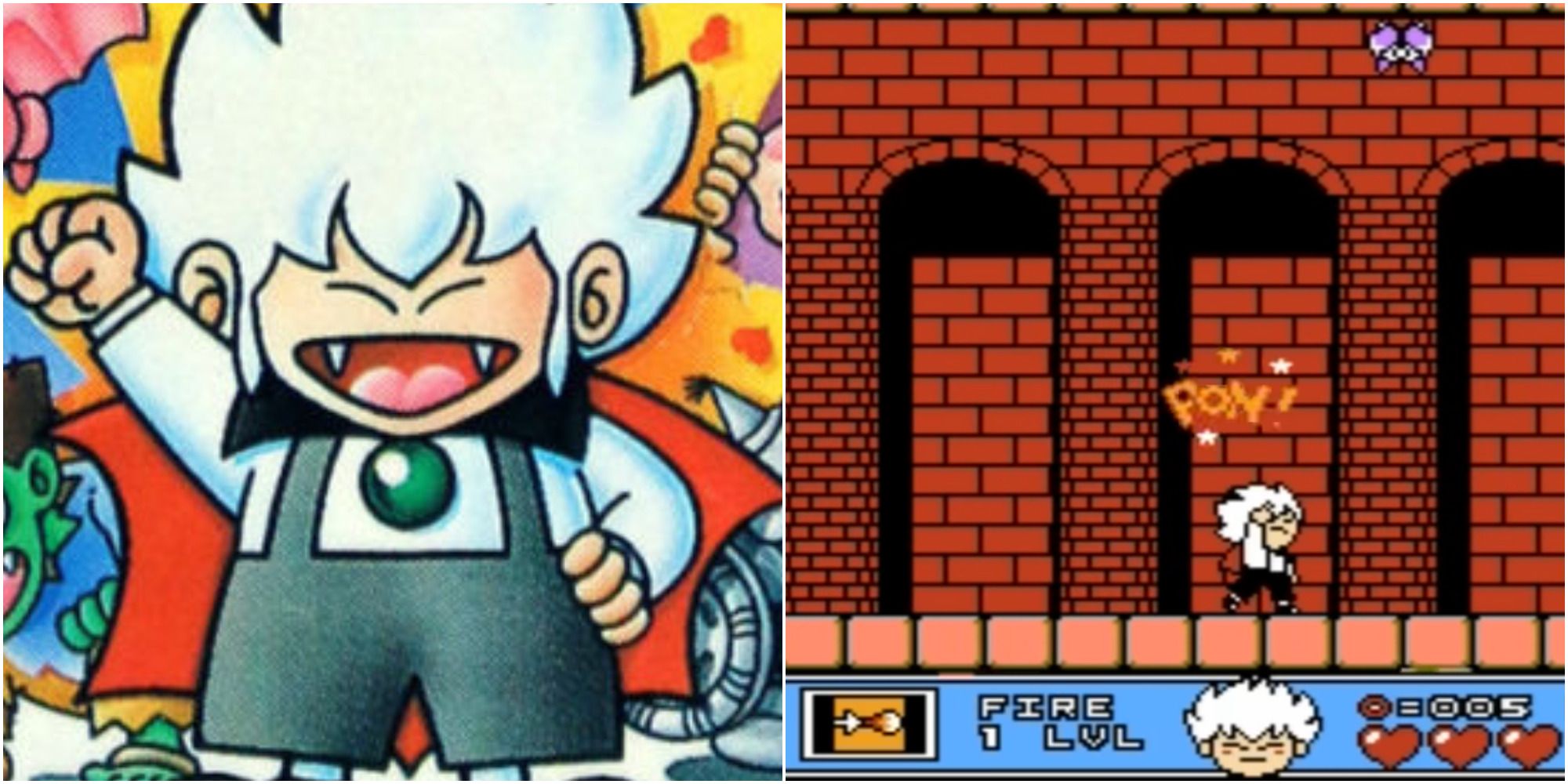 Kid Dracula is a 2D platformer and a quirky spin-off of Konami's Castlevania series and was first launched exclusively in Japan for the Famicom in 1990, with a mobile version launched in 2006. For international audiences, Kid Dracula didn't receive a worldwide release until 2019, when it was included as part of the Castlevania Anniversary Collection.

In Kid Dracula, the titular character and son of Dracula, not to be confused with the similar Castlevania character Alucard, goes on a quest to defeat the demon Galamoth after the latter has taken control of Dracula's undead legion. Kid Dracula is far from a conventional vampire game, but players who enjoy cartoony platformers might like it. 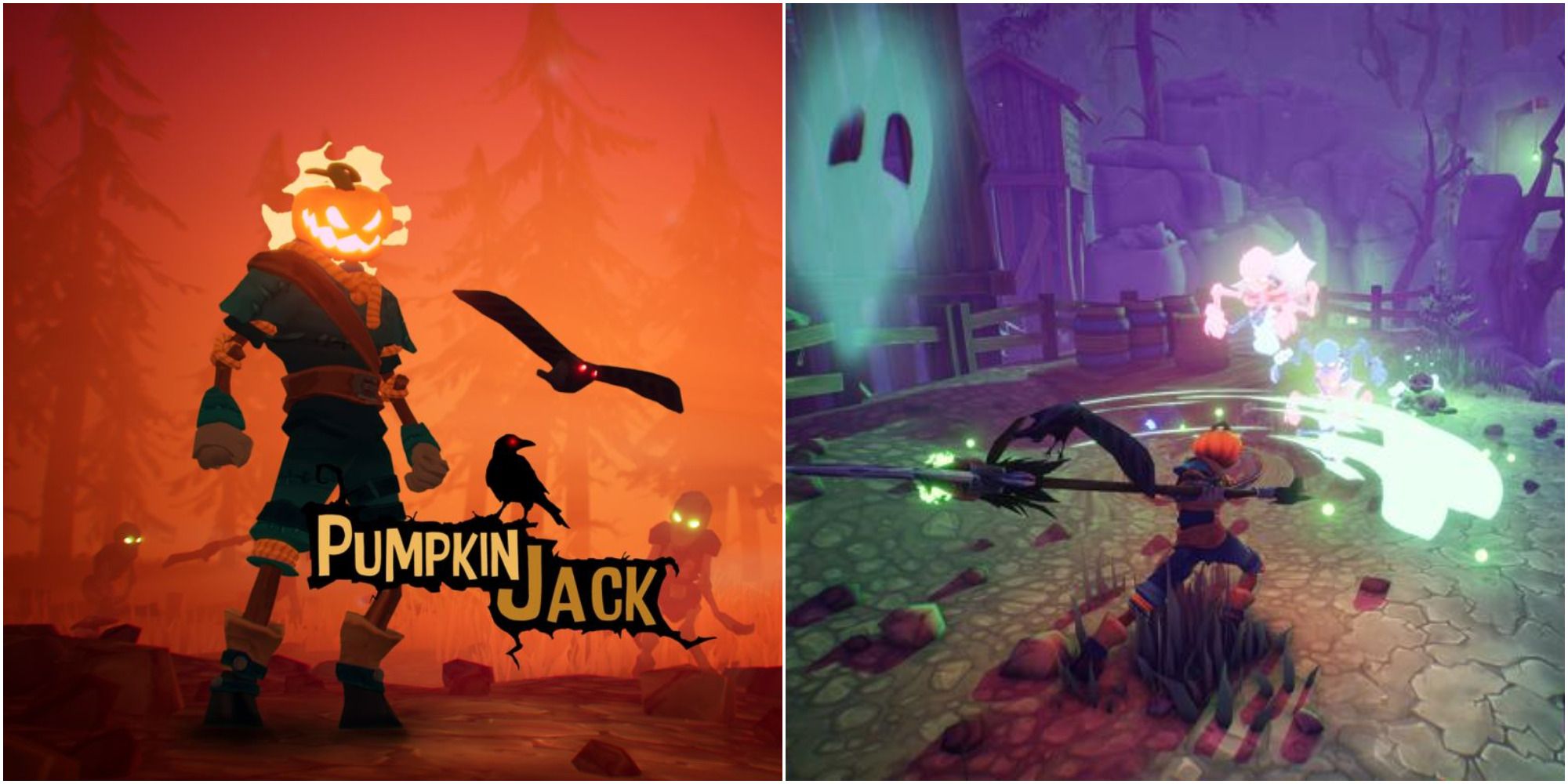 Pumpkin Jack is a 3D platformer with some similarities to games like MediEvil, but instead of the player character being a skeleton knight, the player character is Jack the Pumpkin Lord, who must bring evil back to his land once again by defeating the enemies that have taken it over.

Like other notable 3D platformers, Pumpkin Jack has plenty of running, jumping, climbing, and other modes of traversal to get through each level. At the same time, a variety of weapons can be used to help Jack annihilate his enemies. As players journey through the game, there are plenty of puzzles for Jack to solve as well. 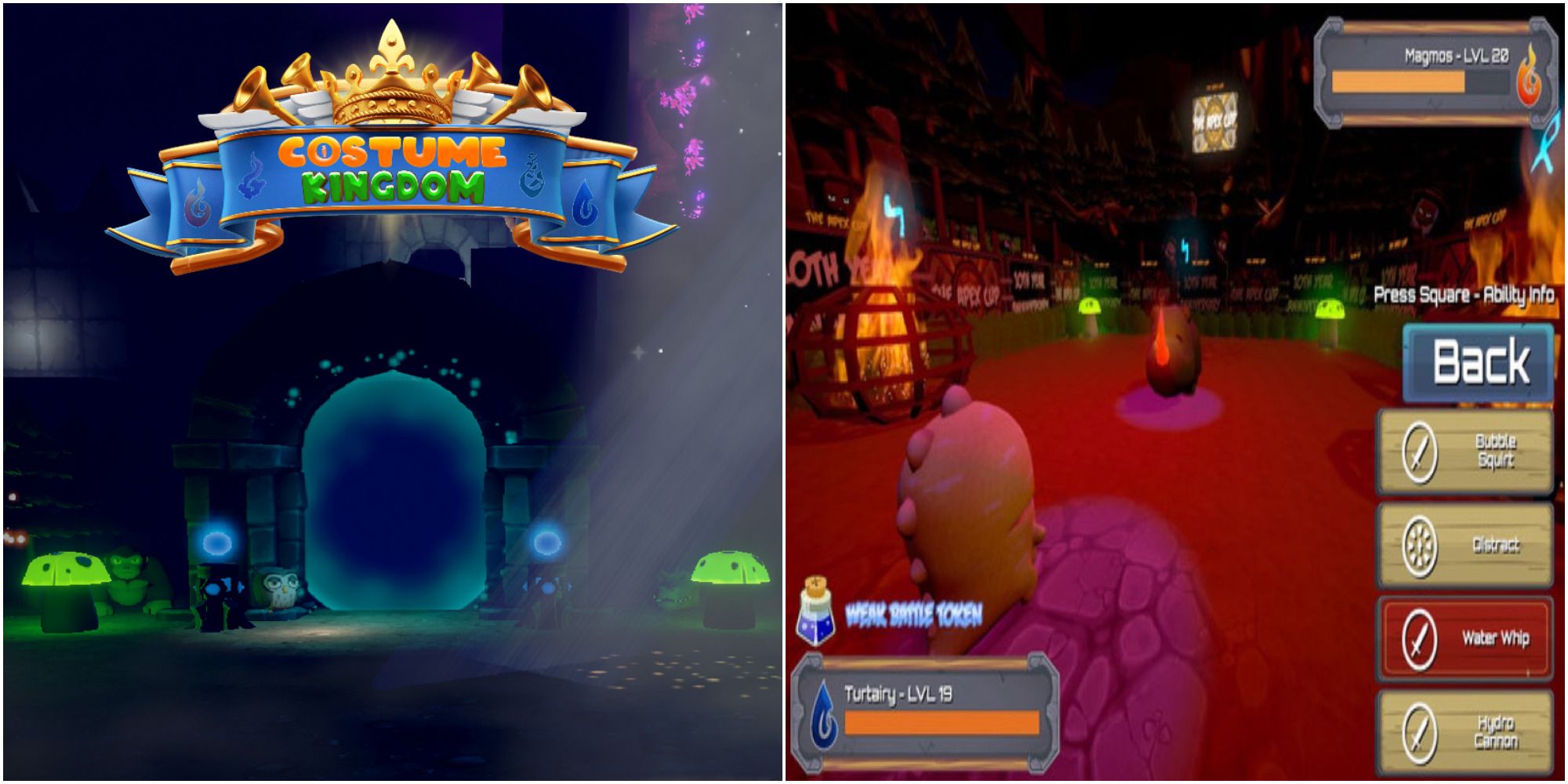 Costume Kingdom is a turn-based Halloween-themed monster taming RPG where players collect and battle creatures known as Hallowmon in order to participate in a tournament known as the Apex Cup. One might ask why the game is called Costume Kingdom if it's primarily about recruiting and battling monsters, and that's because another vital aspect of the game happens to be collecting costumes to wear.

While Costume Kingdom is a relatively brief adventure compared to most other monster taming RPGs, it's an excellent pick for any player who prefers more lighthearted Halloween adventures and for fans of series like Pokemon and Yo-kai Watch. 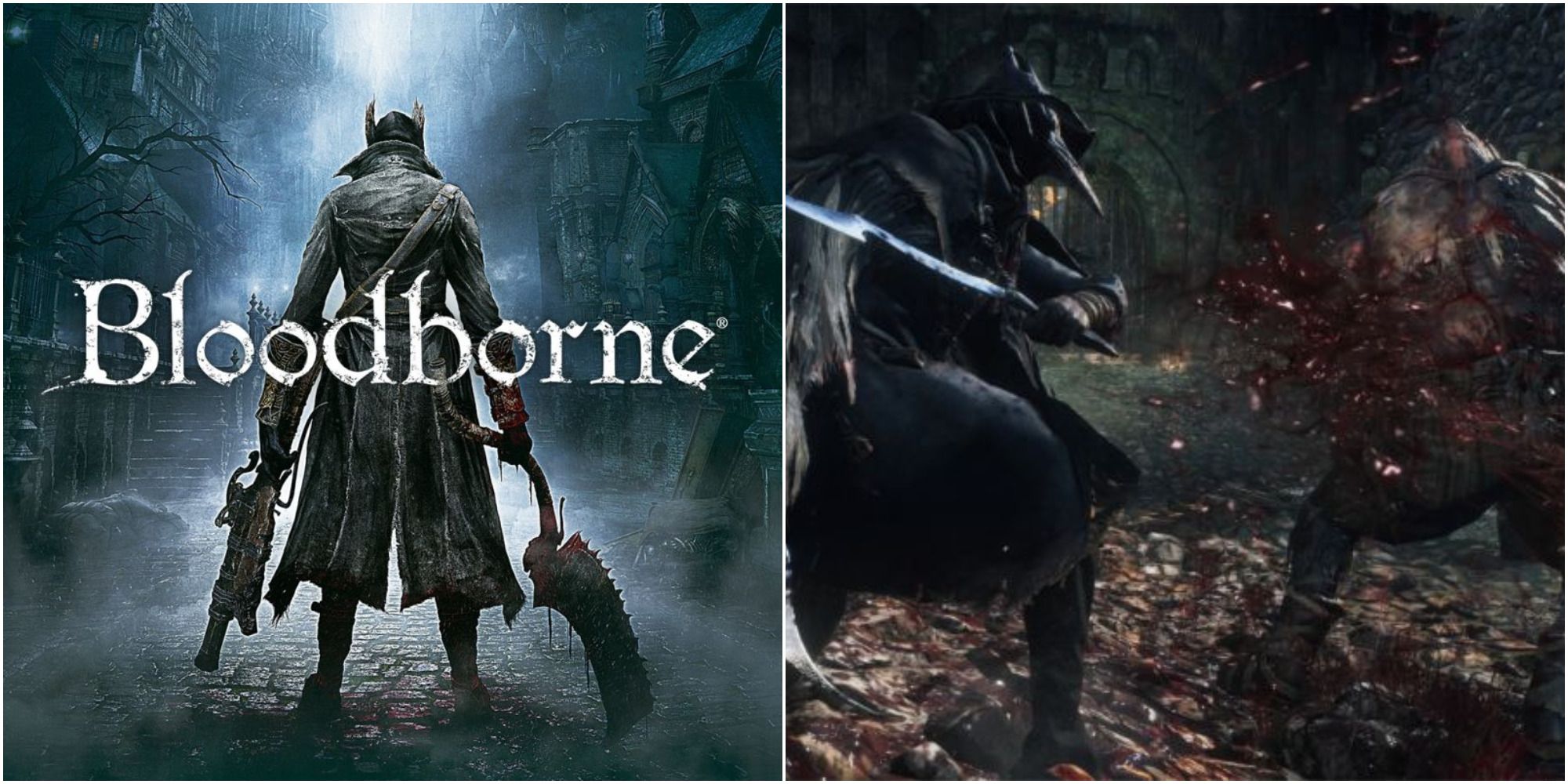 FromSoftware's beloved PlayStation 4 exclusive gothic horror action game is one that has been talked about so much already that it's difficult to say anything those who are aware of the game don't already know. In Bloodborne, the customizable player character known as The Hunter must fight against the many horrors that plague the city of Yharnam.

Unlike FromSoftware's other Soulsborne games, Bloodborne doesn't have a blocking mechanic, trading it for increased agility and a counter mechanic that restores a portion of the player's health when successful. Any PlayStation owners who haven't played Bloodborne yet at least need to give it a try.

6 The House Of The Dead: Remake 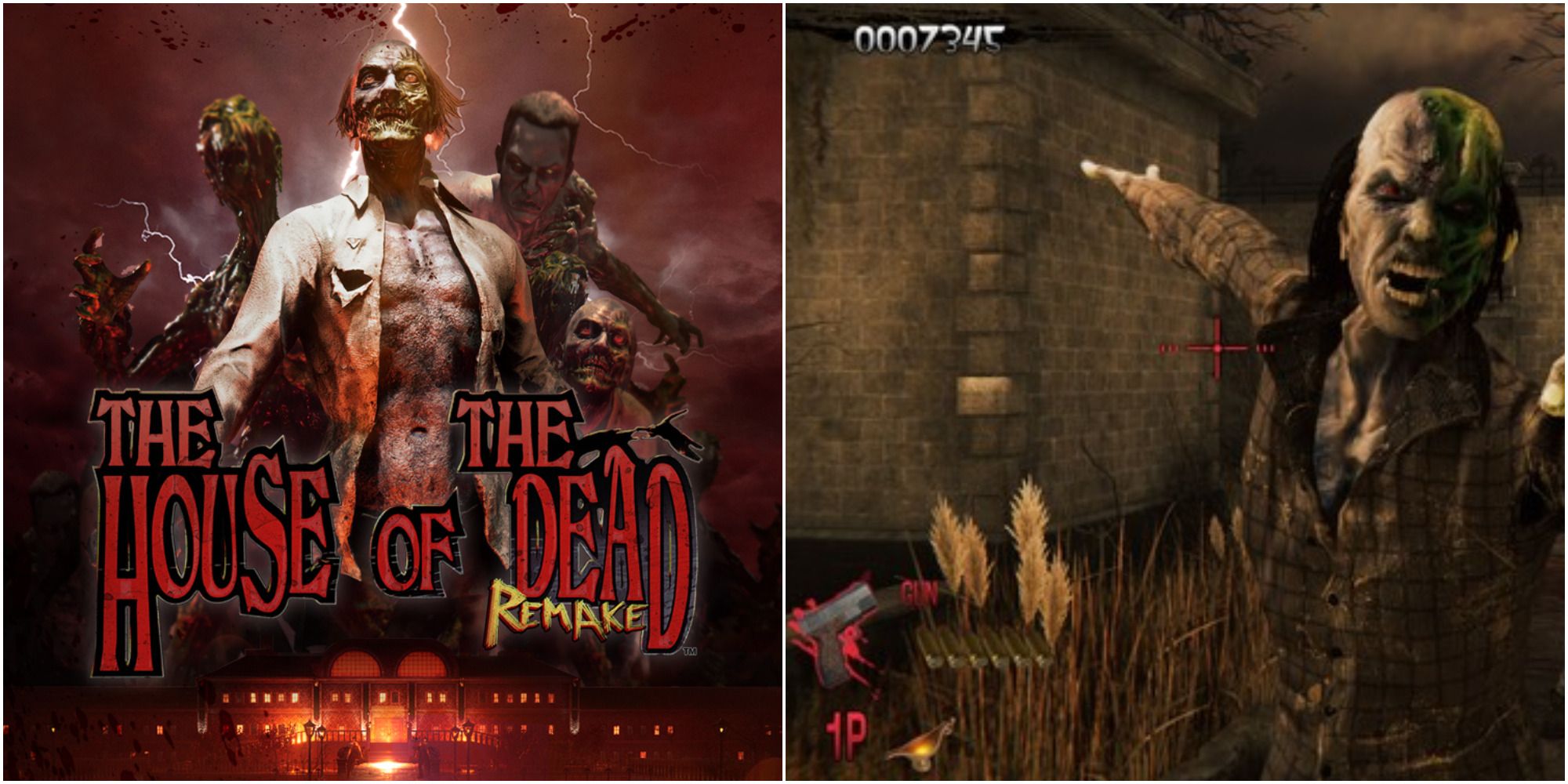 The House Of The Dead: Remake is exactly what the title implies, a remake of Sega's The House Of The Dead, the first title in the popular series of lightgun arcade games. Like the original arcade version, The House Of The Dead: remake features two playable characters, Agent Thomas Rogan and Agent G, members of a government agency known as the AMS, as they investigate an outbreak at the Curien Mansion and have to fight against all matter of undead beings.

While the gameplay mostly stays faithful to the original game, new features such as new weapons to unlock and switch between, a horde mode, and a new soundtrack are included in the remake. 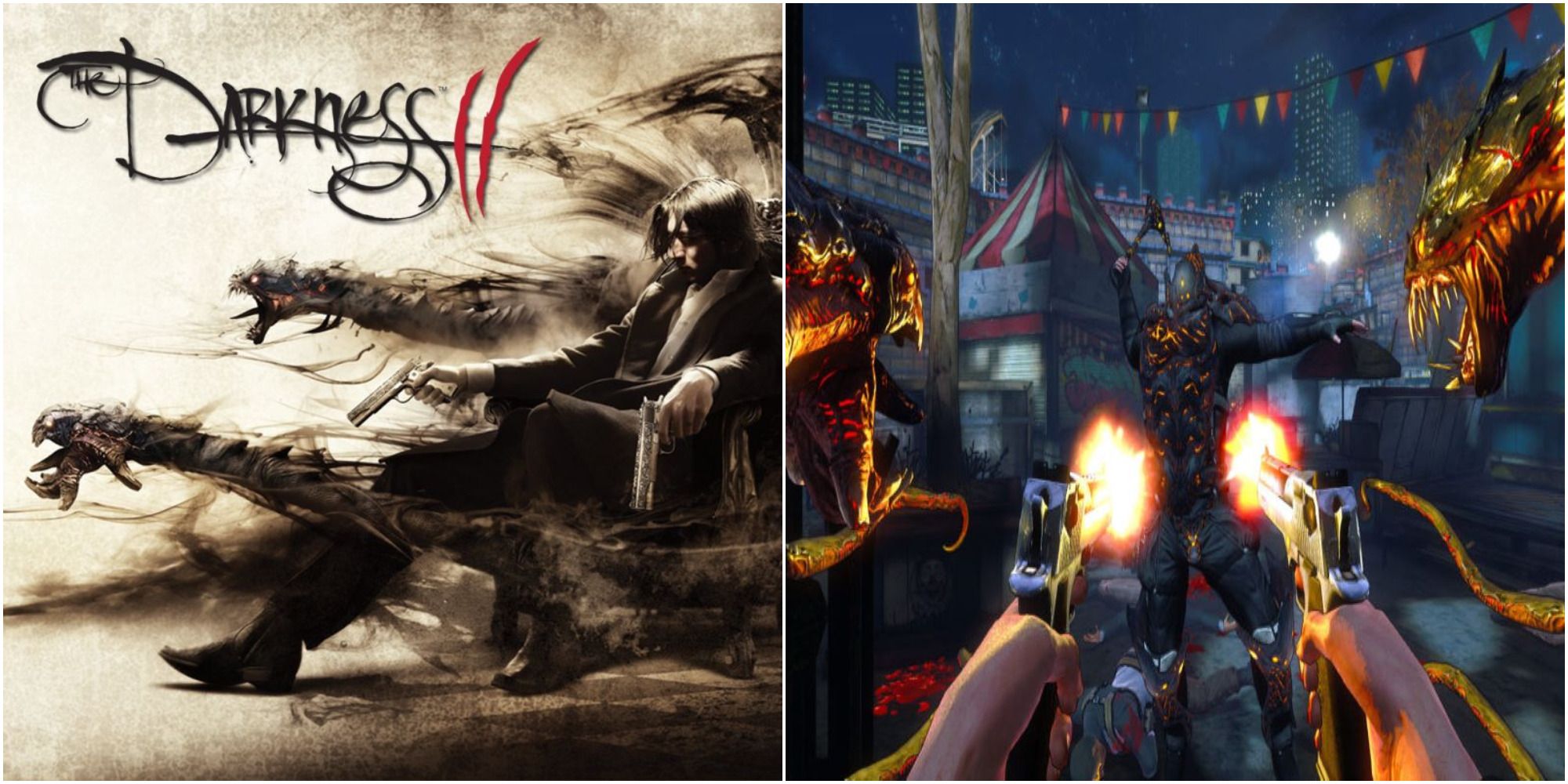 The Darkness II is a first-person shooter and a sequel to The Darkness from 2007, both based on The Darkness comic book series. In The Darkness 2, players take on the role of mafia boss Jackie Estacado, whose family has been cursed with a demonic entity known as The Darkness, which gives Jackie supernatural abilities.

A feature unique to The Darkness 2 is "Quad-wielding," where Jackie can simultaneously dual wield a weapon in each hand while also using his demon arms. In addition to the single-player mode, there's also a co-op mode for two to four players that features four playable characters with their own special darkness abilities. 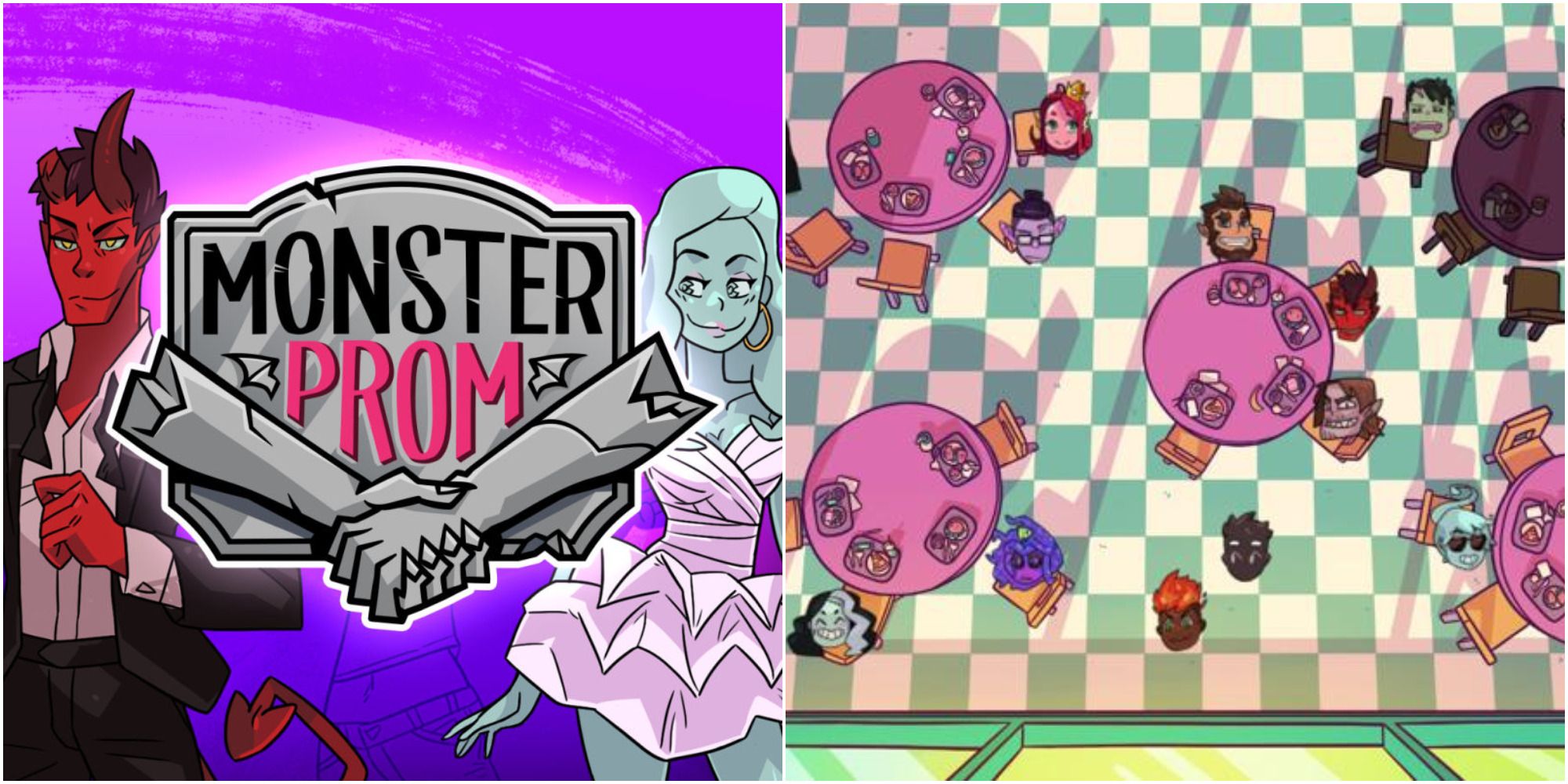 Monster Prom is a dating sim set at Spooky High, a fictional high school attended by various monsters, such as vampires, werewolves, ghosts, demons, and more. The goal of Monster Prom is for the player to choose one of the characters as their love interest and ask them to prom before they run out of time.

Of course, each choice the player makes will affect their relationship with the characters in different ways, and they can still be rejected if they don't make the right decisions. A sequel called Monster Prom 2: Monster Camp is also available for those who enjoyed the first game.

3 The Wolf Among Us 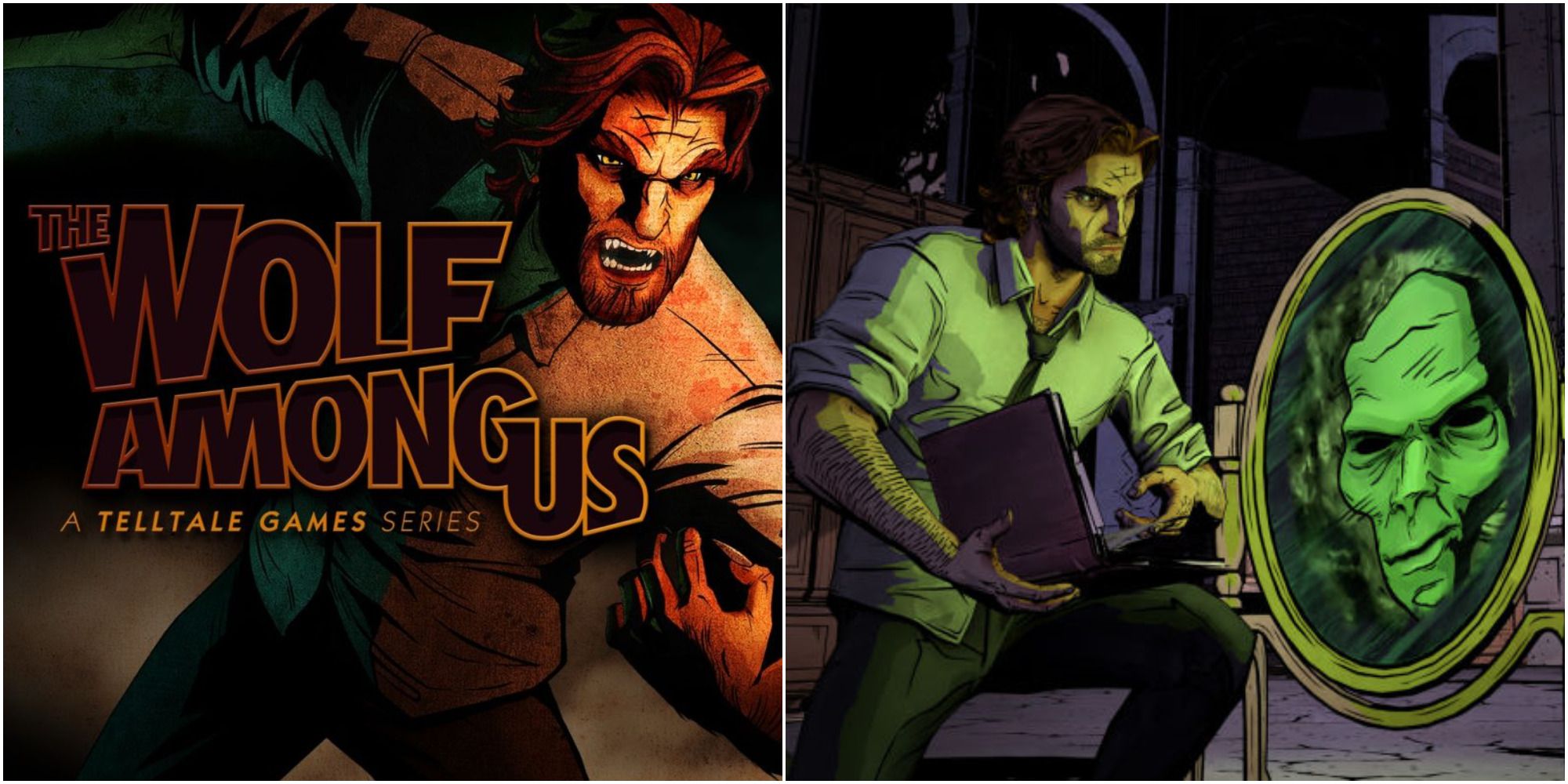 The Wolf Among Us, an episodic Telltale game based on the Fables comic series, stars Sheriff Bigby Wolf, the more humanized version of the big bad wolf from the Three Little Pigs story, as he goes around Fabletown to try and solve a murder that has more depth to it than first expected.

Like the playable characters in other Telltale games, Bigby must make choices through his dialogues and actions that can change how different events play out. Luckily, players don't have to be familiar with the comic series, as The Wolf Among Us takes place in 1986, two decades before the events shown in the comic. 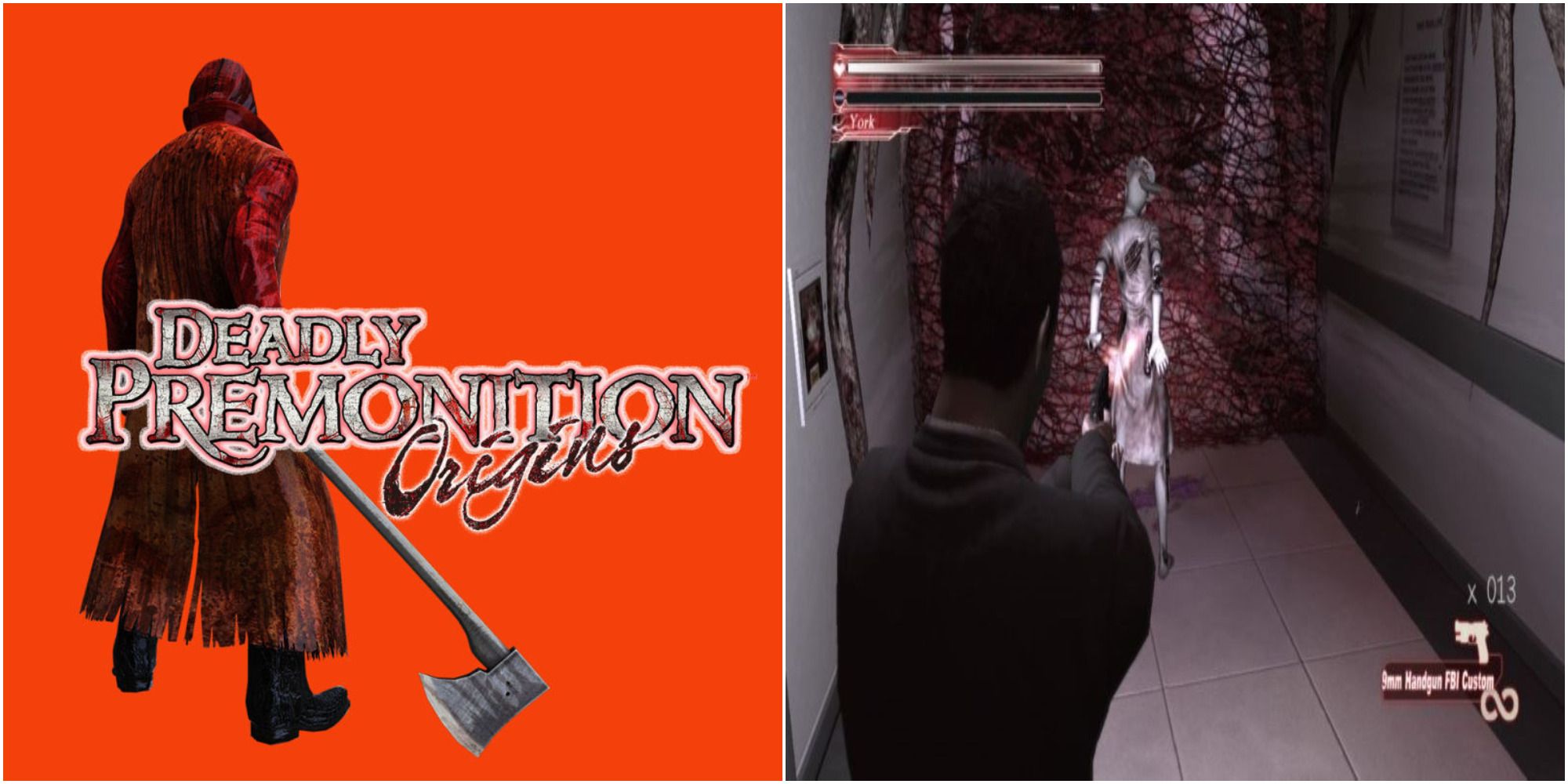 While Deadly Premonition does have a few combat sections, most of the time, the game is about interacting with various characters, completing sidequests, being taken aback or thoroughly entertained by the over-the-top quirkiness of the game, and exploring the town to find out more about the events that took place before Agent York's arrival. 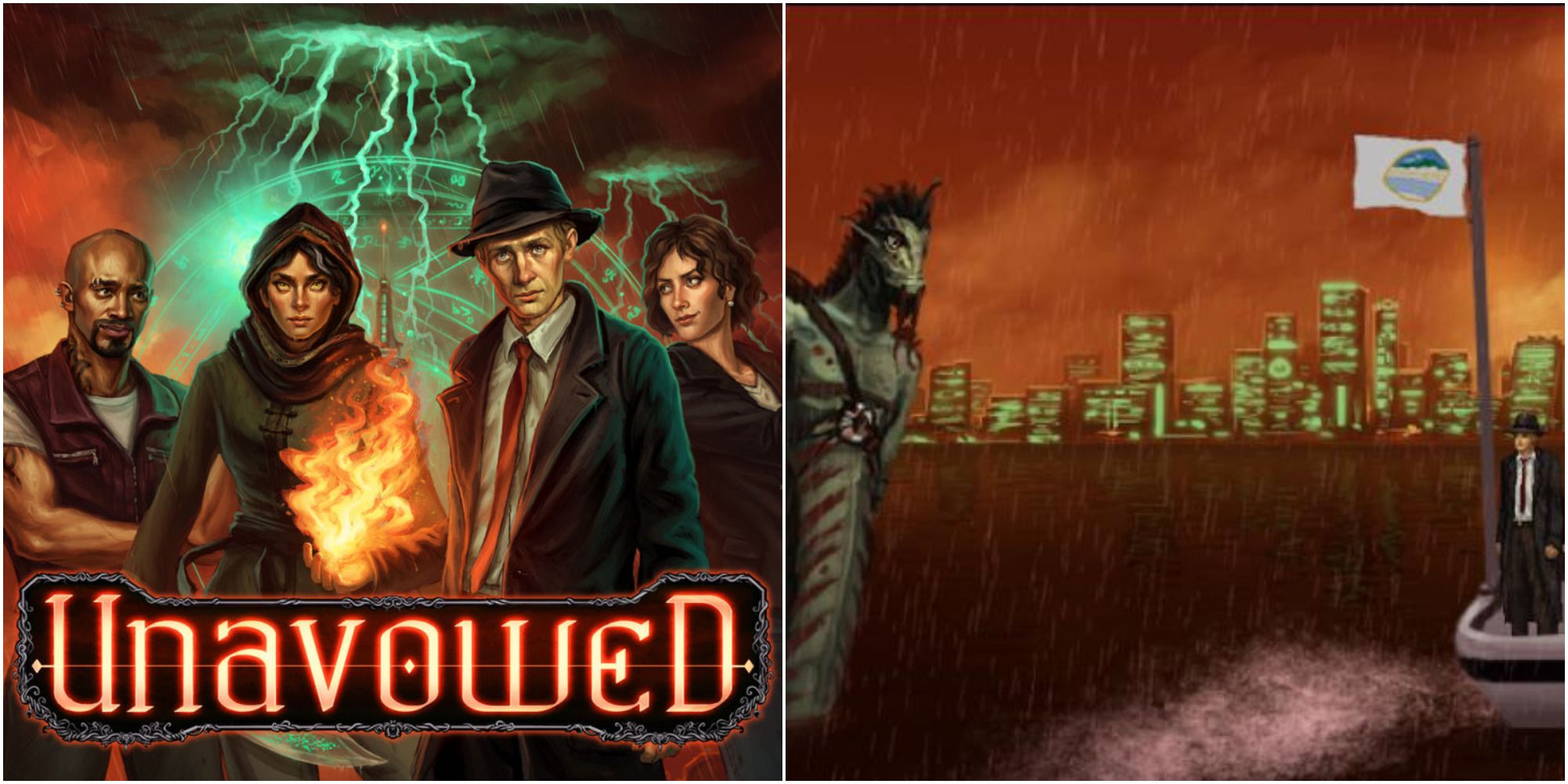 Unavowed is a critically acclaimed point-and-click adventure game where the player takes the role of a former cop who has recently been exorcised and joins Unavowed due to their exposure to the mysterious supernatural world that dwells within New York City. Due to dialogue choices and a range of characters that you can play as, all having different abilities they can use, there is plenty of replayability.

Despite the different choices players can make throughout the game, there are technically only two different endings, so unlocking any endings besides those isn't something players need to be concerned about.