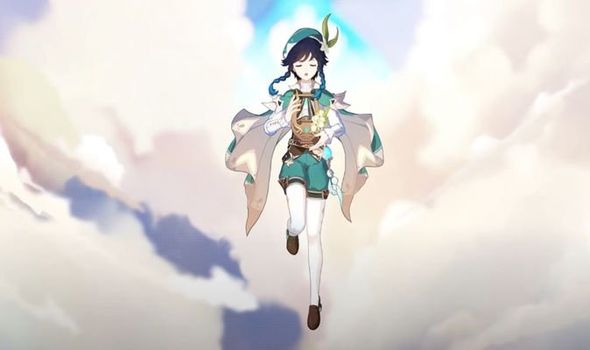 The much-talked-about Genshin Impact 1.4 update is coming out this week for PS4, PC and Mobile gamers.

Developers Mihoyo has outlined their full plans for the new version of the game, including what new content and features will be included.

To get access to the latest Genshin stuff, gamers will be required to update as soon as they can on whatever platform they use.

This will mean waiting for a new patch to arrive before getting access to the latest Banners and events. It should be noted that some platforms will be able to pre-download Genshin 1.4 ahead of this week’s release.

It will also mean finding more room on your chosen device, as the new content and features are bound to require further space.

And like with previous updates, Genshin Impact 1.4 will also require Mihoyo to shut down game servers and focus on some much-needed maintenance.

This is expected to last around five hours and leave gamers unable to play until all maintenance has been completed.

Genshin Impact maintenance is expected to start at around 10pm GMT, and will not end for several hours across PS4, PC and Mobile platforms.

WHAT TIME DOES GENSHIN IMPACT 1.4 COME OUT?

According to developers Mihoyo, Genshin Impact 1.4 has a release date set for Wednesday, March 17, 2021.

Time differences could affect what day the new update is available to play and it will be worth keeping an eye on the official Genshin social media channels.

But from what has been shared so far, the Genshin Impact 1.4 update release time has been set for 3am GMT, on March 17.

For gamers in the United States, that will mean jumping back in at around 11pm EST, on March 16.

An official statement from the Genshin Impact support team adds: “To ensure all Travelers have the best-possible Genshin Impact experience, our developers will soon begin performing update maintenance. After this is complete, the game will update to a new version.

“After Travelers install the new game client, they will be able to continue playing. It is recommended to install the update over a Wi-Fi connection owing to the large file size.

“While the update maintenance is in progress, Travelers will be unable to log in to the game. Please take note of the update time and schedule your game time accordingly to avoid losing your progress. We hope Travelers will bear with us during the disruption. > <

“Update maintenance begins 2021/03/17 06:00 (UTC+8) and is estimated to take 5 hours. Precise timings are subject to change. Players may also experience disruption outside of this period.”

The release of Genshin Impact 1.4 will make a number of changes to the game and will also bring back a fan-favourite banner.

Venti’s Ballad in Goblets event will be kicking off straight after maintenance for Genshin Impact 1.4 has been completed.

During the event, Venti will receive a huge drop-rate boost, alongside Sucrose, Razor, and Noelle.

Gamers will also receive 60 Primogems for every hour the servers are down, and it should be noted that there will be no change to the compensation amount if the update is completed early.

A new character will also be making her debut during Genshin Impact 1.4, with further details regarding this week update listed below:

A sister of the church, though you wouldn’t know it if it weren’t for her attire. Known for her sharp, cold words and manner, she often works alone.

Elemental Skill “Ravaging Confession”: Quickly manoeuvres behind the enemy (except for some large enemies) and unleashes an attack that deals Cryo DMG. Elemental Burst “Rites of Termination”: Casts an Ice Lance into the ground that deals periodic bouts of AoE Cryo DMG.

Take part in the Invitation of Windblume event for a chance to obtain the event-exclusive weapon, Windblume Ode.