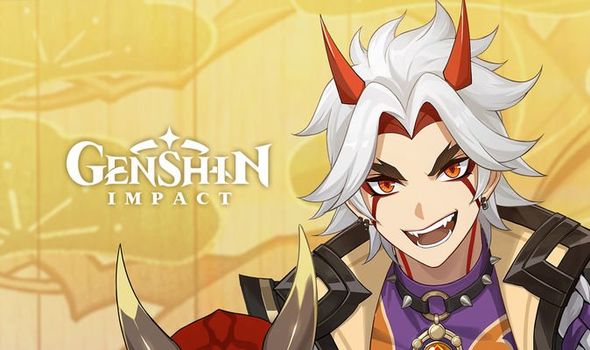 Developers Mihoyo is launching the Genshin Impact Arataki Itto banner this week as part of a fresh update for PS4, PS5, PC and Mobile players.

The new update for the smash-hit action RPG is scheduled for this week and is focused on one main area, adding new content and hosting character events.

This will include the introduction of Arataki Itto via this week’s banner, alongside the four-star characters of Gorou, Barbara, and Xiangling.

Itto is a Geo warrior with his own crew who wields a powerful Claymore and the power of Geo, scoring streaks of Super Strength with both Normal and Elemental attacks.

A message from Mihoyo explains: “Each stack of Superlative Superstrength allows him to slash an empowered Charged Attack, the Arataki Kesagiri, and once the last stack is consumed, an especially powerful attack will be unleashed.

“With his Elemental Burst, Royal Descent: Behold, Itto the Evil, Itto lets his inner Raging Oni King emerge, using his Oni King’s Kanabou in battle. When Itto transforms into the Raging Oni King, his Normal, Charged, and Plunging Attacks will be converted to Geo Damage.

“In addition, Itto’s Elemental and Physical RES drops, while his ATK increases based on his DEF, and his Normal Attack Speed will also increase.

“Arataki Itto seems to have a strong will to win, no matter if it’s a ramen eating contest with a fox-eared lady, playing games with children, or his rematch challenge to Kujou Sara.

“Kujou Sara, the general of the Tenryou Commission, once took him down and confiscated his Vision under the Vision Hunt Decree. But beyond any doubt, Arataki Itto has his unique charisma. We heard he even established his own crew, the Arataki Gang.”

WHEN DOES THE GENSHIN IMPACT BANNER START?

Developers Mihoyo has confirmed that the Genshin Impact Arataki Itto Banner date has been set for Tuesday, December 14, 2021.

PS4, PC and Mobile gamers should get access to the event at the same time, alongside the next-gen PlayStation 5 console.

All of the new and old characters will be going live at the same time, regardless of their rating.

The Genshin Impact Hu Tao Banner release time has been scheduled for 5pm BST in the UK and 3pm PDT in North America, on December 14.

“After this event wish ends, the 4-star character “Canine Warrior” Gorou (Geo) will be available in the standard wish “Wanderlust Invocation” in Version 2.4.

More news regarding the future of the popular action RPG is expected to be shared in early 2022, with plenty more content and free expansions planned.