Genshin Impact players have been through a long journey to reach the fourth main area of the game, Sumeru. This nation of wisdom had the longest and mind-boggling storyline where the Travelers set on a journey to find out the truth about Greater Lord Rukkhadevata and the Scarlet King.

While you won't be able to find your twin here, the Dendro region will allow you to meet its adorable Archon, Nahida. She's a five-star Dendro character wielding a Catalyst. Hoyoverse paid a lot of attention to her abilities and overall design, and she can truly be called an Archon-worthy character. 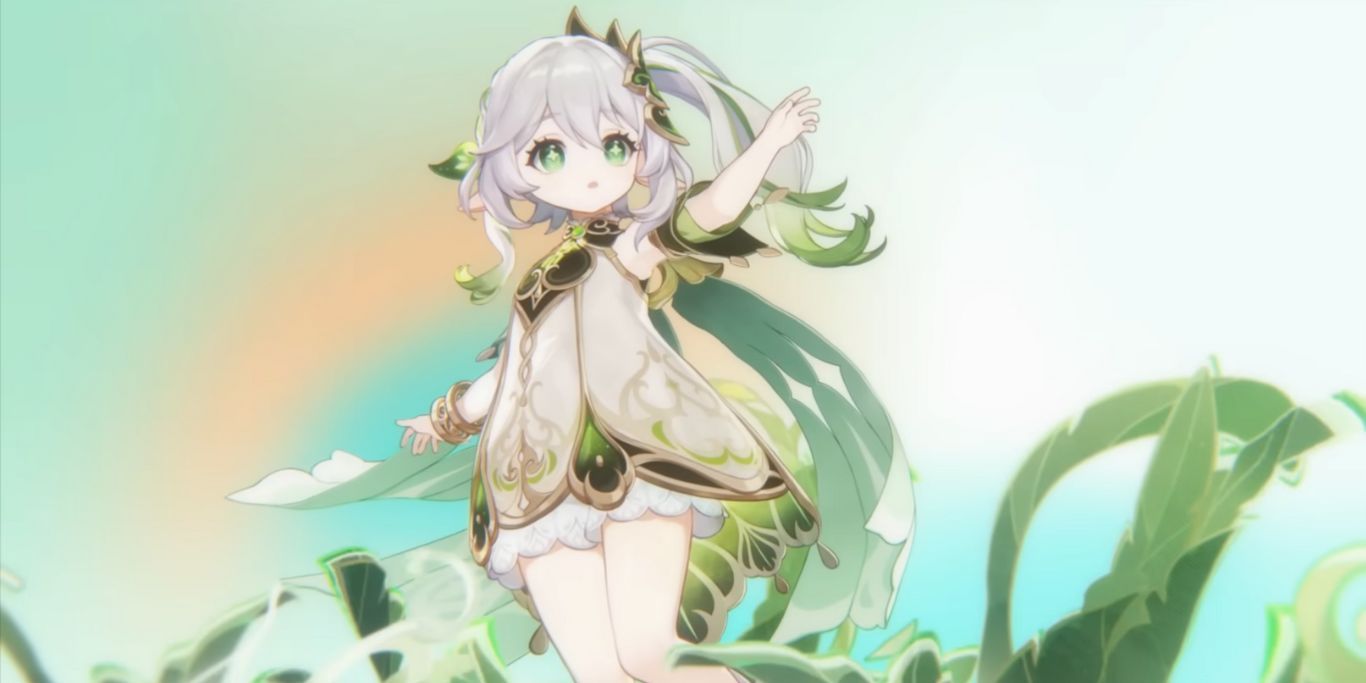 Nahida is one of the few characters in the game that are easy to learn for beginners, but also hard to achieve her maximum potential even for veteran players. The nuances of her kit will have you rolling your eyes in confusion while you're trying to figure out the best builds and team composition.

One of the main problems with the off-field play style is the lack of energy regeneration. If a character gets the energy of their element when they're not on the field, the Energy Recharge is reduced significantly.

This problem is inherently solved for Nahida because she can get three Energy particles almost every second time she triggers the Tri-Karma Purification effect. This makes her one of the first characters to get more than five or six particles in one Skill.

Luckily, there's one build that's easy to understand and achieve, and it happens to be one of her best play styles as well. This refers to the off-field support of Nahida. All the weapons mentioned above fit perfectly for this build, and here's what they do:

At least one of the characters in your team needs to have a lot of Elemental Mastery, and since this build is based on Nahida not being on the field, you can give her all the EM in the world. Here's why this stat is so important on Nahida: 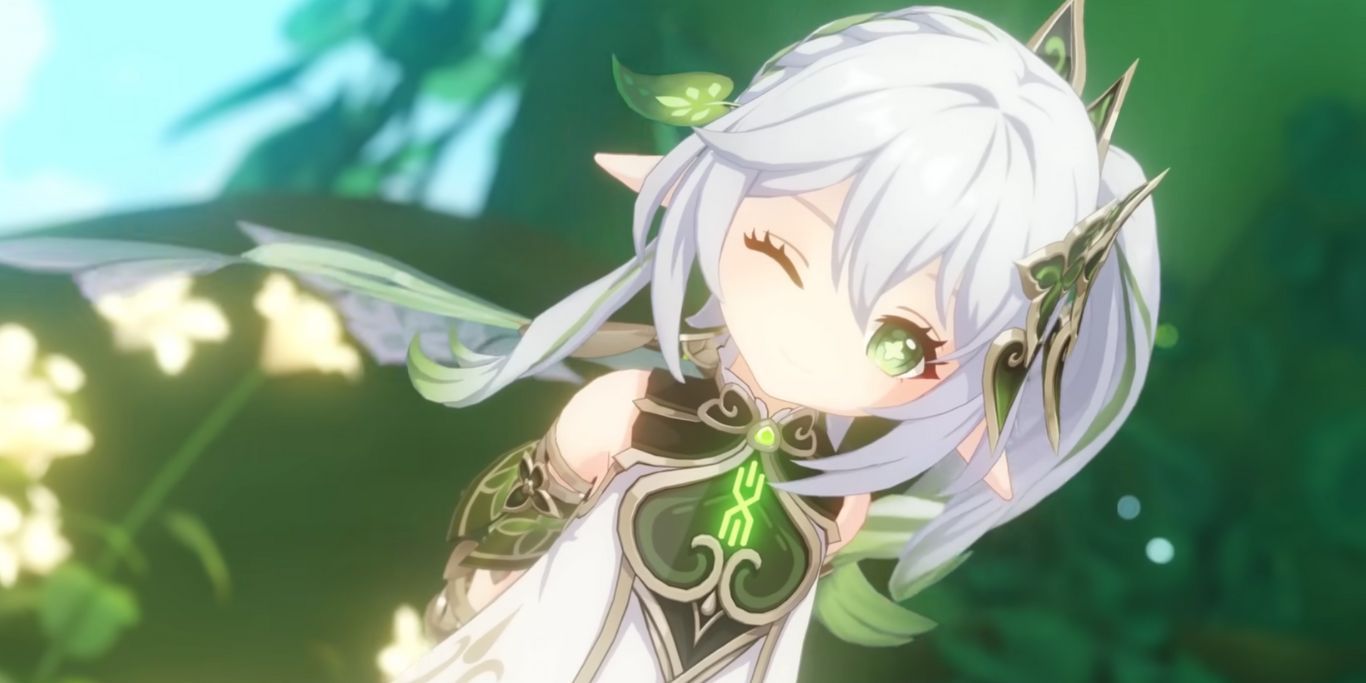 It wouldn't be a character worthy to call an Archon if Nahida didn't have an on-field main DPS build. While this build is strong by itself, you can work on making it far better if you're a veteran at the game because of the possibilities.

Two of the three weapons mentioned above can be quite tricky to acquire if you're a free-to-play or low-spending player. This is because Kagura's Verity is a limited five-star weapon and Solar Pearl can only be acquired through the premium tier of the battle pass.

While The Widsith is not the best weapon for this build because of its irregularities, it can still suit Nahida. Here's what every weapon does in the DPS Nahida build:

Apart from giving her an extra Dendro DMG Bonus, the four-piece Deepwood Memories artifact set also reduces the enemy's Dendro RES by 30 percent whenever you hit them with your Skill or Burst. This is vital for the build because you'll be dealing a lot of damage from Dendro reactions, and most of them deal extra Dendro DMG.

If you're planning to use Nahida as the main damage dealer, having her in a Quicken or Hyperbloom team is your best bet. This is because of the extra Dendro DMG you can get that suits this entire build.

Another thing to remember about this build is that your Nahida is probably going to have lower Elemental Mastery. You might have to use another character who has a much higher EM to benefit from her Burst. Here are a few choices: 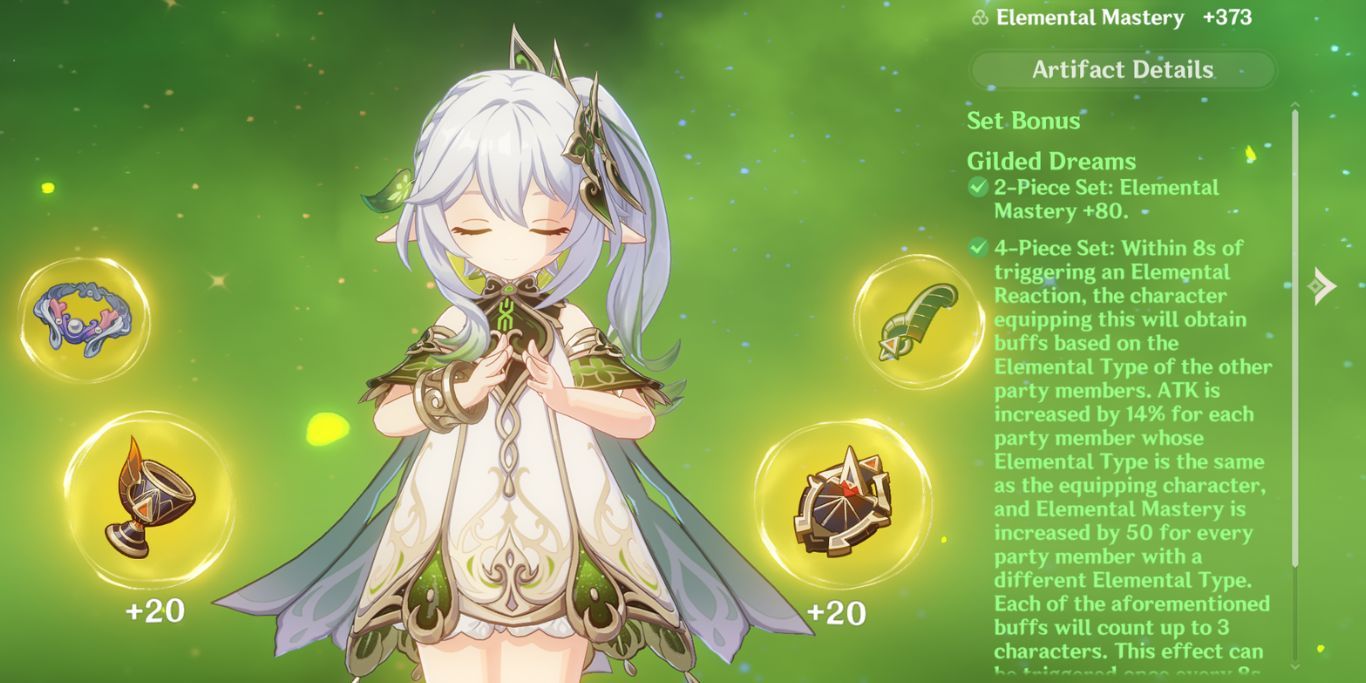 While the builds mentioned above are completely different, the artifact stat priority for both of them remains the same when it comes to Nahida. Even after split scaling in her Elemental Skill, she's one of the few characters that is extremely strong.

Here's what you should be looking for when it comes to the artifact main and sub-stats:

If you're going for the main DPS build, you can even think about switching the Goblet to Elemental Mastery main stat if you can't get her over 700 at least. 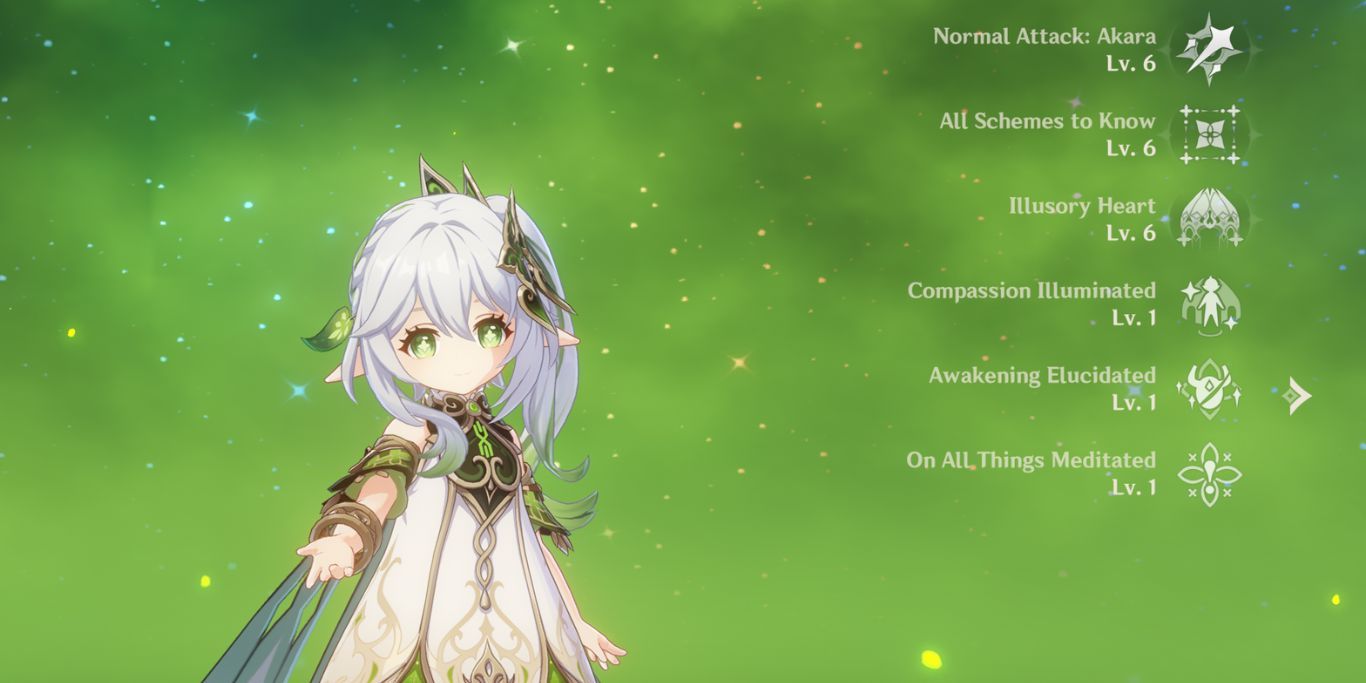 One thing that does change a little based on the build you're using is Nahida's talent priority. Firstly, you'll want to focus on her Elemental Skill as a priority no matter which build you're using. This will allow you to have higher damage whenever Tri-Karma Purification triggers.

Furthermore, leveling up her Elemental Burst increases the effects of each element on the Shrine of Maya. This is the second priority since it'll do one or more of the three things: increase Skill damage, reduce the intervals between Tri-Karma Purification, or increase the length of the Shrine of Maya.

You don't need to upgrade Nahida's basic attacks if you're planning to use her as an off-field support. Although, this talent becomes essential whenever you decide to play her on the field. 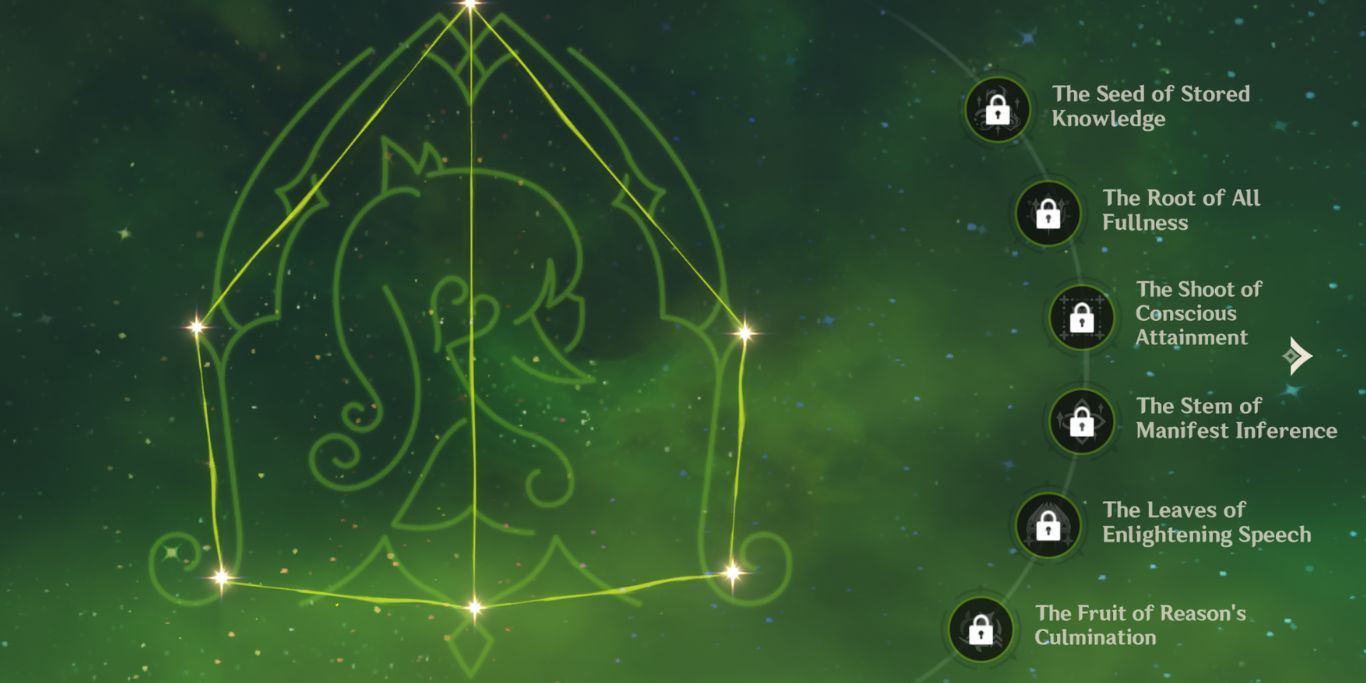 Nahida has one of the most interesting constellations and here are all their effects: