Once you've built a character in Genshin Impact and given them their desired artifacts and weapons, the next step is to decide the team you want to place them in. With the number of characters across the seven elements in the game, it can be difficult to figure out the perfect team.

Alhaitham is a five-star Dendro character released in the Version 3.4 update for the first time. He uses a Sword as his weapon, and it's pretty easy to convert his Normal Attacks to Dendro damage, which opens up a lot of possibilities for different party setups. 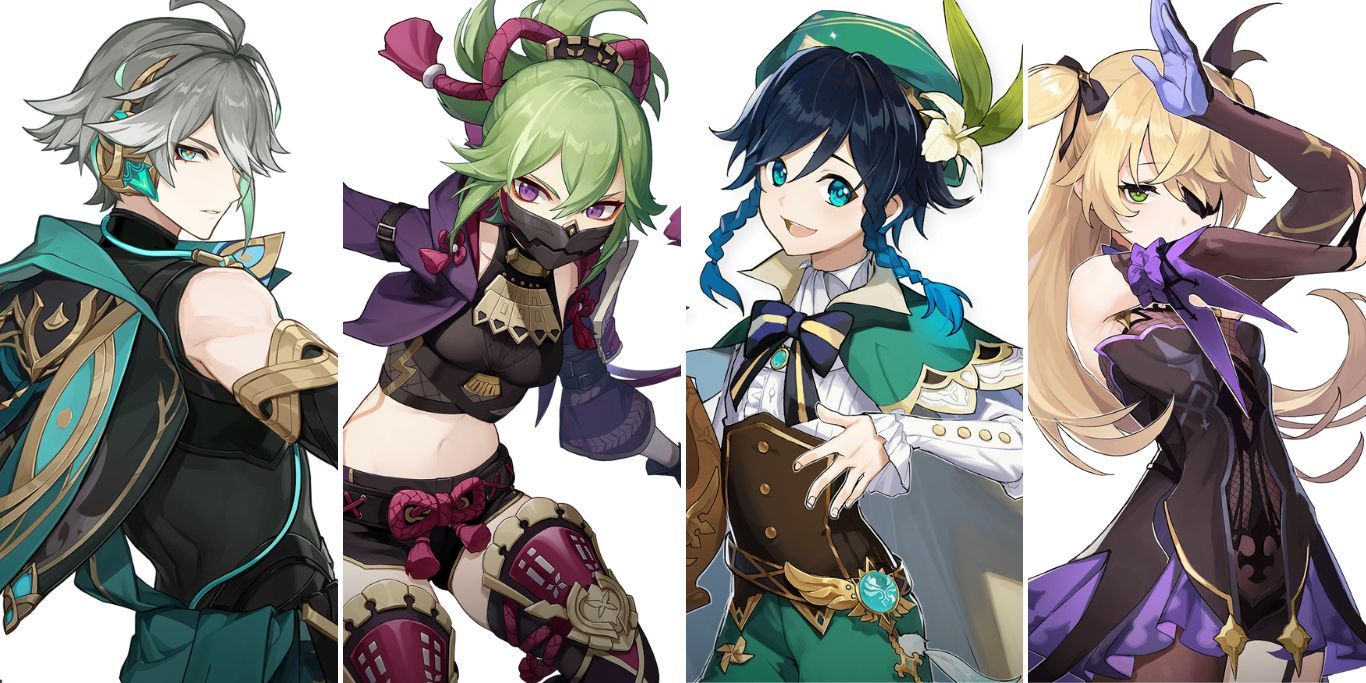 Whenever a Dendro DPS character is released in Genshin Impact, the quicken and spread team is one of their best party choices. When Dendro and Electro meet, a Quicken reaction occurs. This reaction leads to the next Electro or Dendro attack dealing higher damage based on the Elemental Mastery.

Most Dendro characters don't have high base damage, but they become one of the most broken characters with this team. It fits perfectly for Alhaitham since the Elemental Mastery for Spread reaction will also increase his base damage because his Elemental Skill and Burst scale partially on EM.

Whenever Alhaitham has a Chisel-Light Mirror, his attacks are infused with Dendro and the mirrors do a Projection Attack with his Normal Attacks. This Projection Attack deals damage in a wide AoE, making him great against a horde of enemies.

Kuki Shinobu and Fischl are great for applying Electro to the enemies, and Kuki can also heal your active character. This can be useful because this team doesn't have a shielder, and you'll be in danger since the enemies can easily wipe out your HP. Your Electro application can be even higher if you have Fischl's sixth constellation.

Moreover, this team works best when you're fighting against multiple enemies, and Venti makes that part even better with his Burst's crowd-controlling capabilities. The Dendro element cannot be Swirled by Anemo, so you'll always have the Electro effect on Venti's Burst, which will increase your chances to trigger Spread.

Here's what the rotation of this team will look like:

While this team doesn't require a lot of Energy Recharge, it's recommended to use Favonius Warbow on Venti to get his Burst back in time. Moreover, you can build your Kuki Shinobu on Elemental Mastery to increase the overall damage as well. 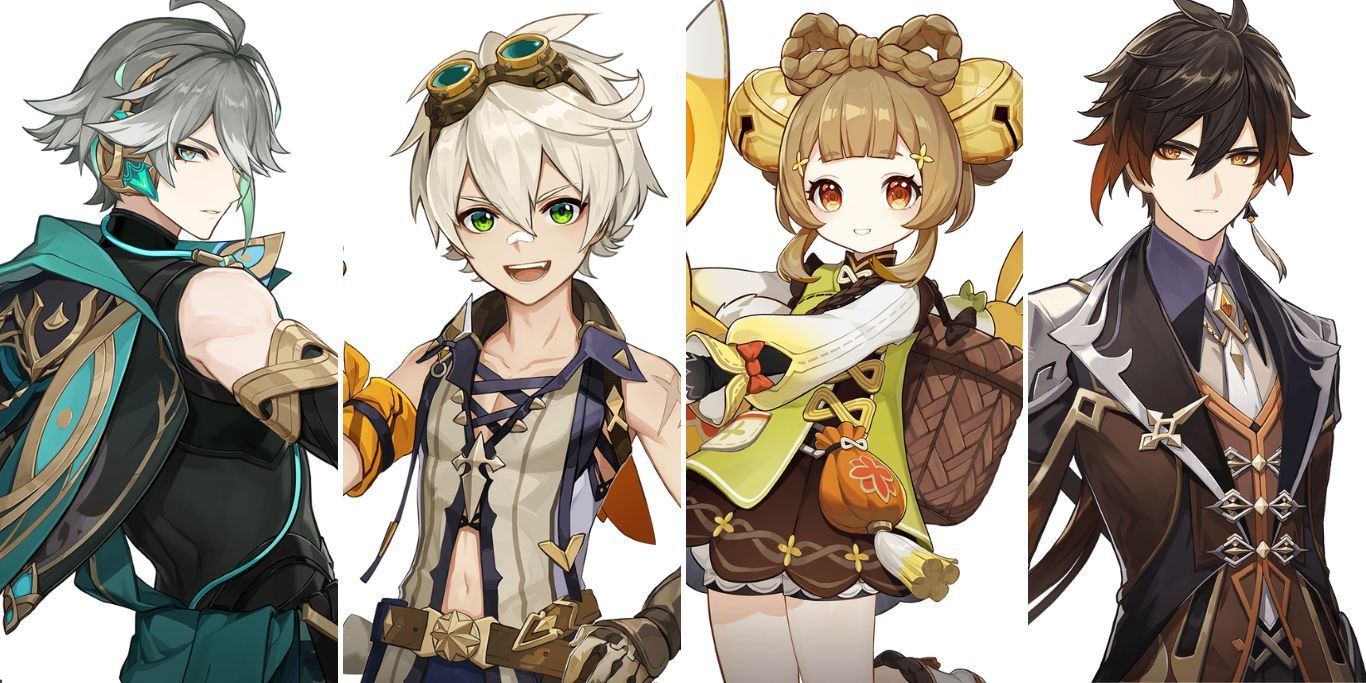 If you don't want to put Alhaitham in a reaction-based team, and just want to see his maximum potential, this team is perfect for you. Although, there are a couple of requirements for this team to be good:

The Dendro Resonance gives Alhaitham an additional 50 Elemental Mastery, and you'll get another 20 upon triggering a Burgeon reaction with Bennett.

When you're using this team, start by getting Zhongli's barrier followed up by placing Yaoyao's Elemental Skill on the battlefield. Once that is done, you can use Bennett's Burst before switching over to Alhaitham and executing his combination. This will automatically trigger Burgeon and give a lot of buffs to the main DPS.

While this is mostly a reaction-free team, you can use it against certain opponents to take advantage of it. For example, you can use this team against an enemy that already has an Electro application to get buffed Alhaitham attacks along with Spread. 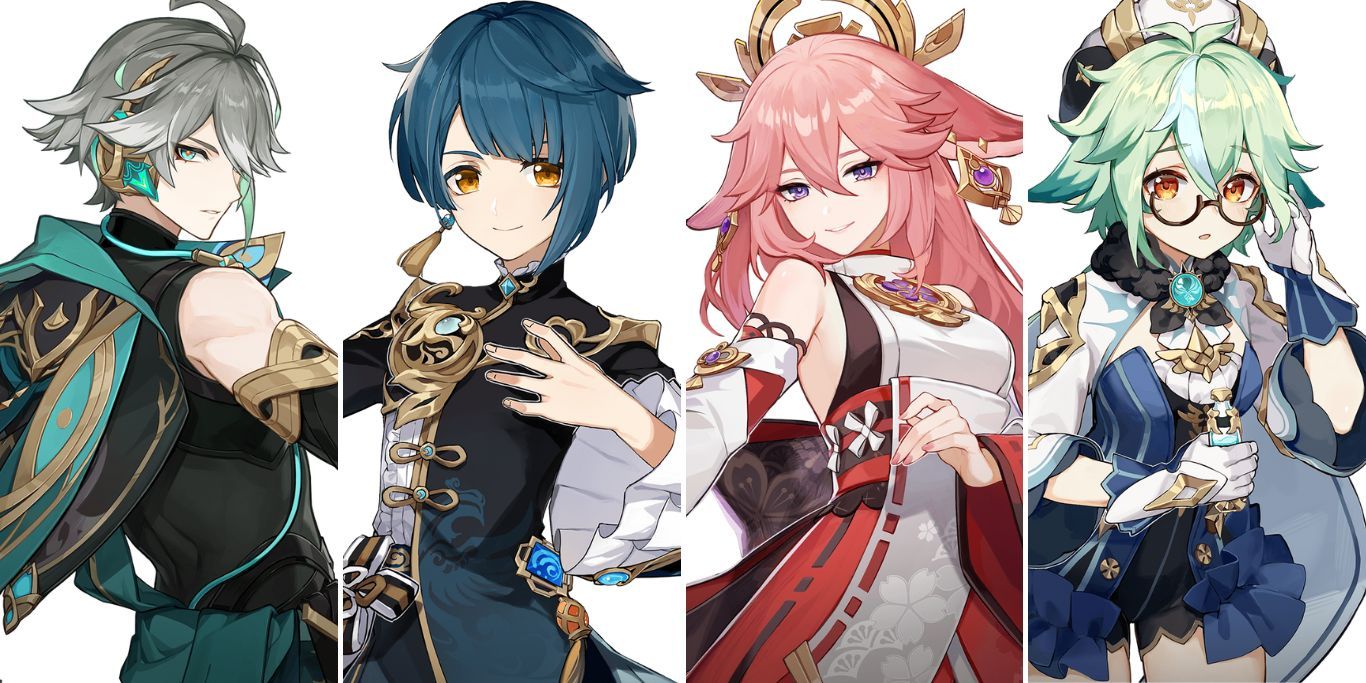 While it's easy to get value from Alhaitham when you're fighting a horde of enemies, some people might want to use him against a single enemy with a ton of health. Moreover, the hardest combat in Genshin Impact is in Spiral Abyss, and most floors in this domain have tanky enemies.

To form an Alhaitham team that specializes in this form of battle, you'll be using the Hyperbloom reaction. Whenever Dendro meets Hydro, Bloom reaction triggers, and it forms a Dendro Core on the floor. Generally, this Core explodes after a few seconds, dealing damage in a certain AoE.

But if you apply Electro to this Core, it flies to one target at random and deals higher damage to this target. Since this team is for fighting boss enemies, this Core will always deal damage to the boss itself.

Xingqiu and Yae Miko will apply Hydro and Electro to the enemies respectively, while Sucrose crowd controls them and decreases their RES with a four-piece Viridescent Venerer set. The rotation for this team needs a lot of attention, and here's what it should look like:

It's recommended to use Sacrificial Sword and Fragments on Xingqiu and Sucrose respectively because you'll need high uptime on their Elemental Bursts. If you don't have either of their Burst ready when the rotation ends, you can keep trying to get Quicken reactions until they're ready. 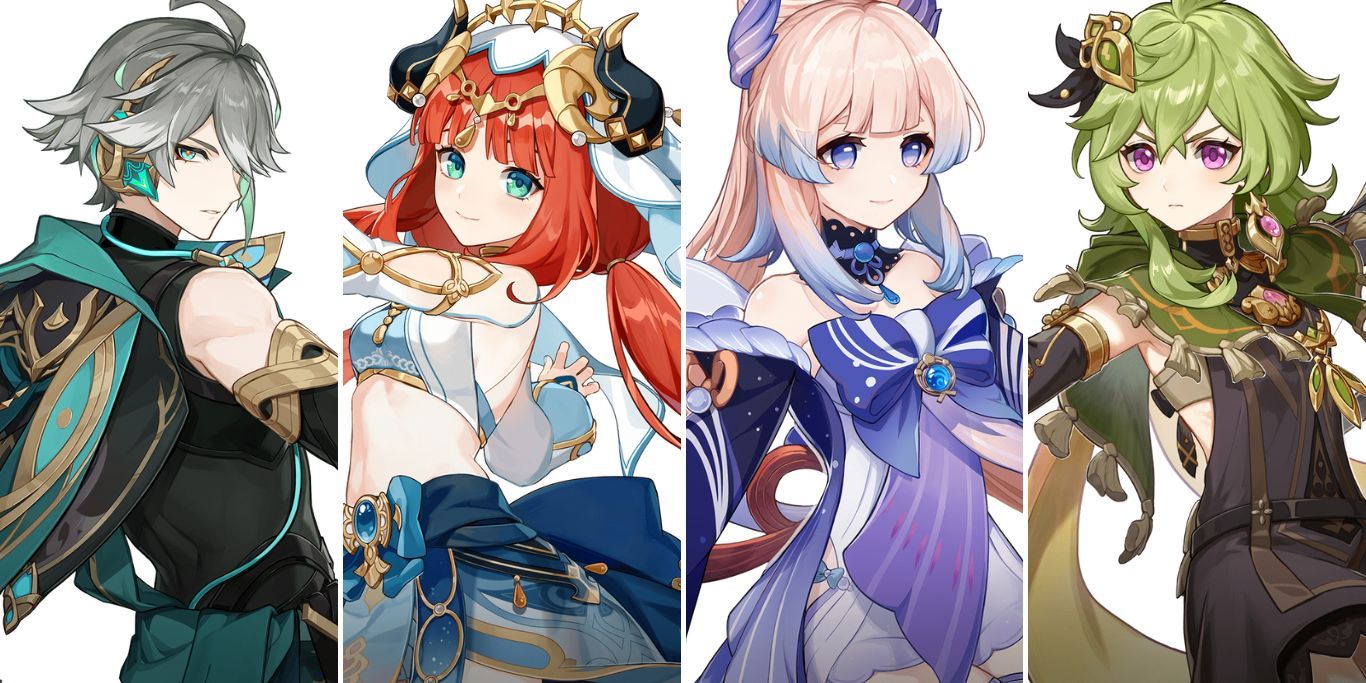 Nilou is a five-star Hydro character hailing from Sumeru, and she has quite a unique skill set. If your party consists of Dendro and Hydro characters only, Nilou can create a different Core when Bloom reaction triggers. These cores can't trigger Burgeon or Hyperbloom, but they explode a lot faster and deal much higher damage.

To get value from Nilou's kit, players need to let their active character take Dendro damage from these cores. This opens up the possibility of a healer like Sangonomiya Kokomi who can also apply Hydro to trigger Bloom reaction constantly. Moreover, the two Hydro characters trigger Hydro Resonance, which increases the entire party's HP by 25 percent.

You can use three Hydro characters in this team since Alhaitham has enough Dendro application himself, but it's better to use Collei because of the Dendro Resonance that gives the entire team even more Elemental Mastery.

With this team, you'll get a total of 360 Elemental Mastery on Alhaitham with the Gilded Dreams artifact set, Nilou's passive, and Dendro Resonance. Since Alhaitham's Elemental Skill and Burst scale on EM, you'll be surprised by the damage he'll deal. Moreover, the rotation for this team is very flexible.

You can use any skill whenever you want, but you need to make sure that you use the flower stance of Nilou's Elemental Skill for constant Hydro application.