Yelan is the newest character to join Genshin Impact's roster, and she's already making waves for her fearsome and formidable combat abilities. Yelan is a Hydro bow user, but she's not afraid to get right up in the enemy's face either. Between her powerful Breakthrough Barb arrows, her swift and satisfying Lingering Lifeline ability, and her exquisite Elemental Burst, Yelan has all the tools necessary to handle any type of foe.

Yelan prefers to keep her business behind closed doors; most people think she is merely an employee of Liyue's Ministry of Civil Affairs, but she is actually a special agent trusted by Ningguang to carry out clandestine and dangerous missions. This isn't a line of work that usually lends itself to friends, but if you want Yelan to succeed on your own missions, you'll need to surround her with strong teammates. Luckily, this guide will brief you on all the best team compositions for Yelan. 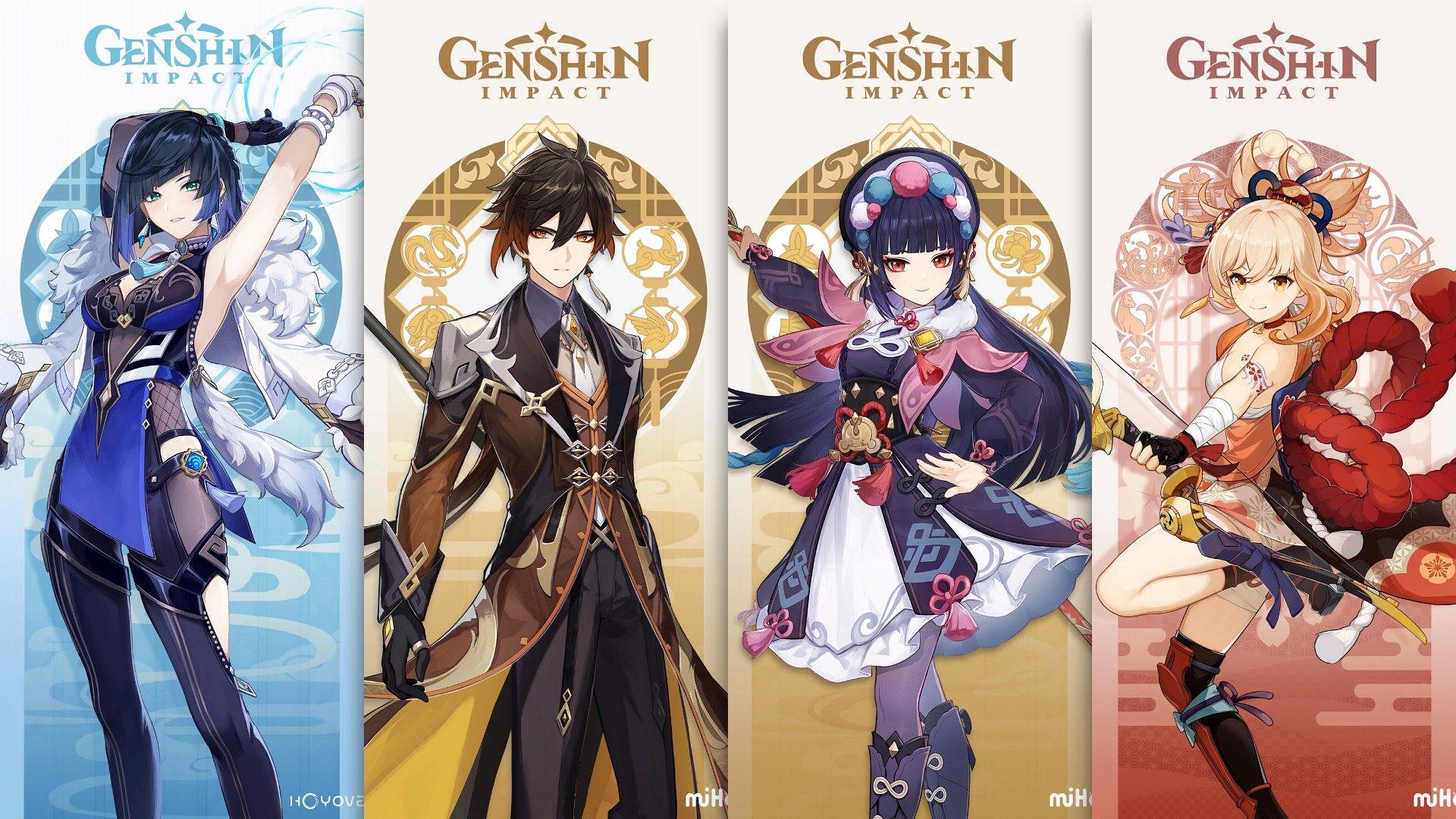 This team makes use of Yelan's exceptionally powerful Elemental Burst in order to enable your team's main DPS. Yelan's Elemental Burst, Depth-Clarion Dice, will launch coordinated Hydro strikes whenever your active character uses their Normal Attacks. In addition, Yelan's Passive Talent, Adapt With Ease, will ramp up your active character's damage by up to 50 percent as long as Yelan's Burst is still active.

The best way to make use of these bonuses is with a character like Yoimiya or Ayato, who can enter the field and attack rapidly for an extended period of time. Yun Jin is another premier Normal Attack buffer (especially at higher Constellations), so she complements this team nicely.

For the team's final slot, a character like Zhongli or Thoma can potentially give your rapid-fire carry some protection while also granting your team powerful Elemental Resonances. You'll want your main DPS' attacks to be uninterrupted once they receive all their buffs, so a shielder can be a great comfort-pick here. 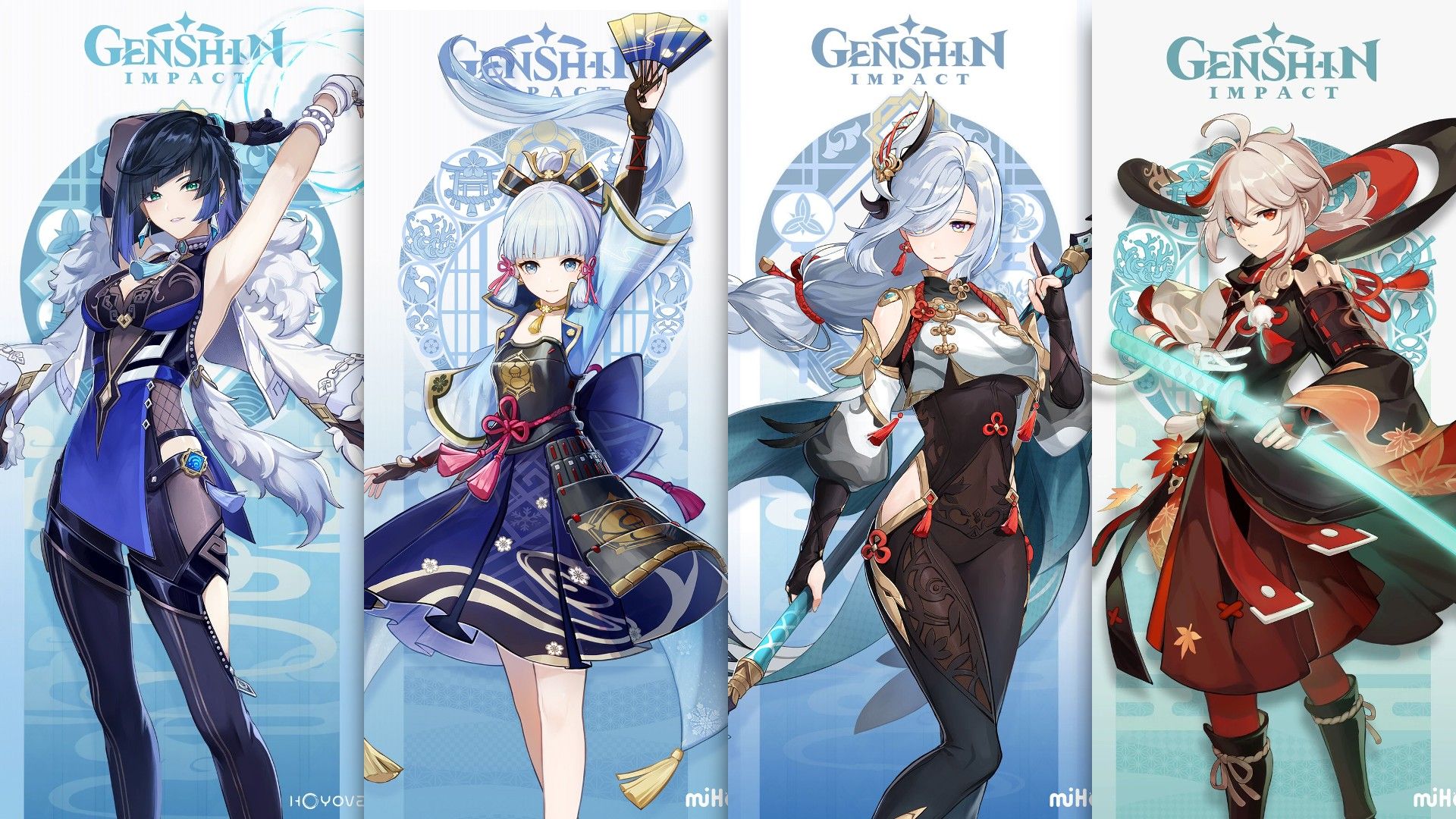 Yelan's Breakthrough Barb Charged Shots, Elemental Skill, and Elemental Burst all allow her to soak enemies in a deluge of Hydro DMG. So much Hydro DMG, in fact, that Yelan acts as an excellent facilitator of Freeze teams. Freeze teams take advantage of the reaction between Hydro and Cryo in order to halt enemies in their tracks, crippling their offensive threat while leaving them vulnerable to high-damage combos.

Yelan's Breakthrough Barbs and Lingering Lifelines are great at applying Hydro to enemies when she's on the field, but her Burst is the only way she can apply Hydro from the sidelines — keep this in mind before committing to your Cryo carry. As a result, you'll want to ensure that Yelan has sufficient Energy Recharge for her Burst, especially in a team like this where she will typically be the only Hydro character.

Ganyu is usually a staple member of Freeze teams, but since Yelan's Burst activates on Normal Attacks, Ayaka is likely to be your Cryo DPS of choice for this team. Paired with Shenhe as well, Ayaka can do massive damage to Frozen enemies while keeping them on ice with Yelan's coordinated attacks. The final member of this team is fairly flexible, but Anemo units like Venti or Kazuha are common picks thanks to the RES shred and crowd control that they can provide.

Rain And Thunder, Detain And Plunder 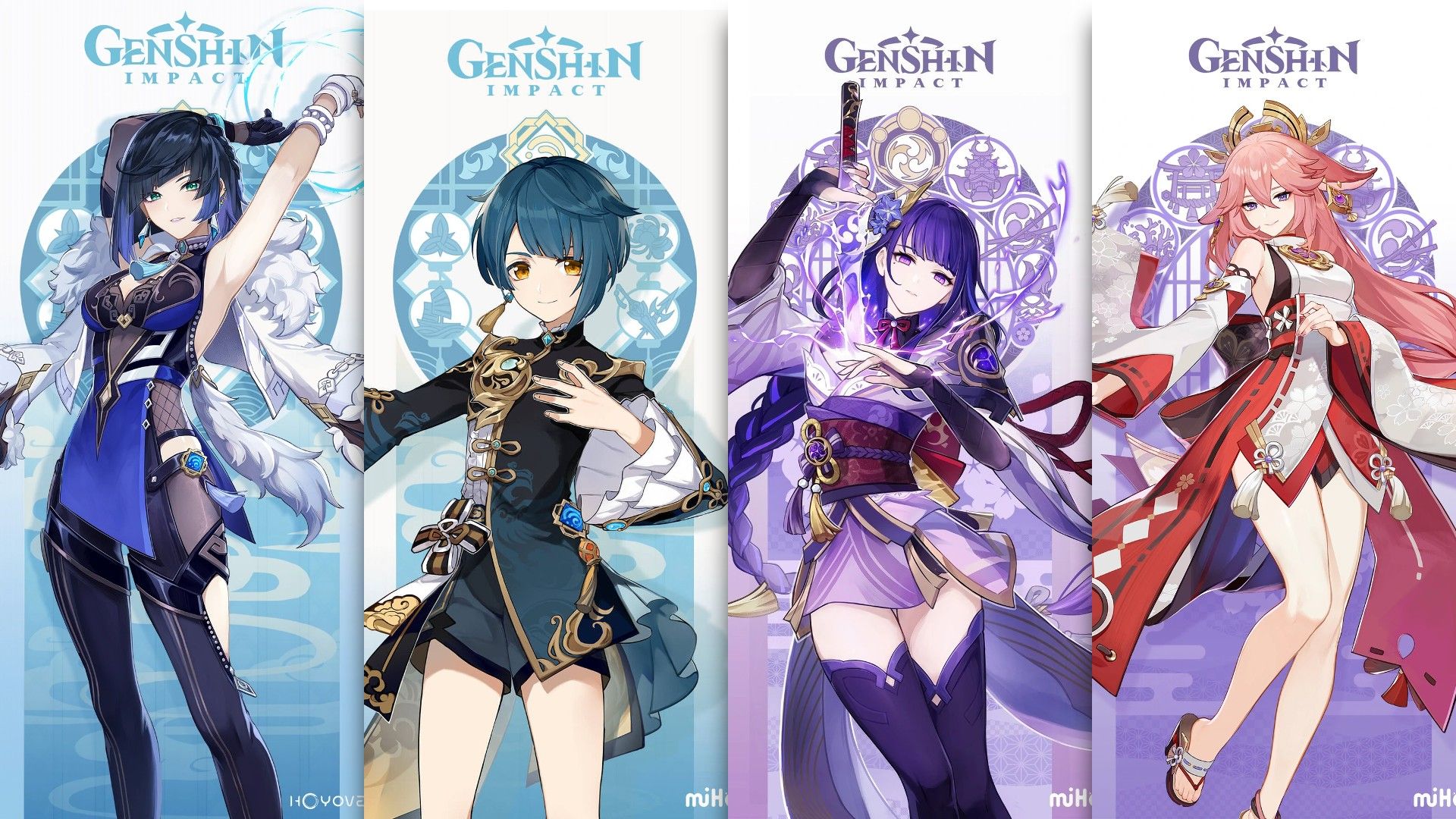 Many players view Yelan as a substitute for Xingqiu, and while she certainly can be used that way, a much more fun way to use this character is with Xingqiu. Even though their Elemental Bursts are functionally very similar, they don't conflict at all, and both Bursts can be active on a character at the same time. The result is a torrent of Hydro DMG that will make your CPU sweat from all the damage numbers it has to calculate.

An added bonus of this pairing is that Xingqiu generates a ton of Hydro Particles on his own, which can help to charge Yelan's own high-cost Burst. Your team will also benefit from Hydro Resonance, which is admittedly kind of lackluster, but at least Xingqiu's Rain Swords will heal for a slightly greater amount.

This hydrodynamic duo is best accompanied by another self-sufficient pair, such as Raiden Shogun and Yae Miko. Yae Miko can provide impressive off-field Electro DMG with her totems, triggering Electro-Charged Reactions that will arc between wet enemies and periodically zap them. Raiden will be the primary driver of Yelan and Xingqiu's Bursts, since the electric slashes during her own Burst will trigger the coordinated Hydro attacks from theirs. You'll be able to deal shocking amounts of damage during this window, so try this team out if you're looking for exciting ways to utilize Yelan.

If you don't have Raiden and Yae, Beidou and Fischl are another Electro duo that has great synergy with this team.