Japan might have a few Christmas traditions that are a little different from the rest of the world (like eating a bucket of fried chicken instead of a turkey for Christmas dinner), but some traditions are universal. Those being snow, sleigh bells, and a certain red and jolly outfit.

To bring a little holiday cheer to your Yakuza 0 playthrough, consider the Yakuza 0 Christmas Edition mod from Violet. You can download the mod over on Nexus Mods courtesy of SamuraiOndo, who made the mod available today.

The Yakuza 0 Christmas Edition mod doesn’t change much in terms of gameplay or story, but it does add a few holiday-themed cosmetics. Kiryu gets a big red Santa outfit, which you can see in the images we’ve posted here. He also gets a sleigh-bell soundtrack whenever he wears the Mew Shoes. Finally, the mod adds a snow effect whenever Kiryu is outdoors, although it doesn’t add a thick blanket of snow to every surface. It’s not quite a white Christmas, but it’s close enough. 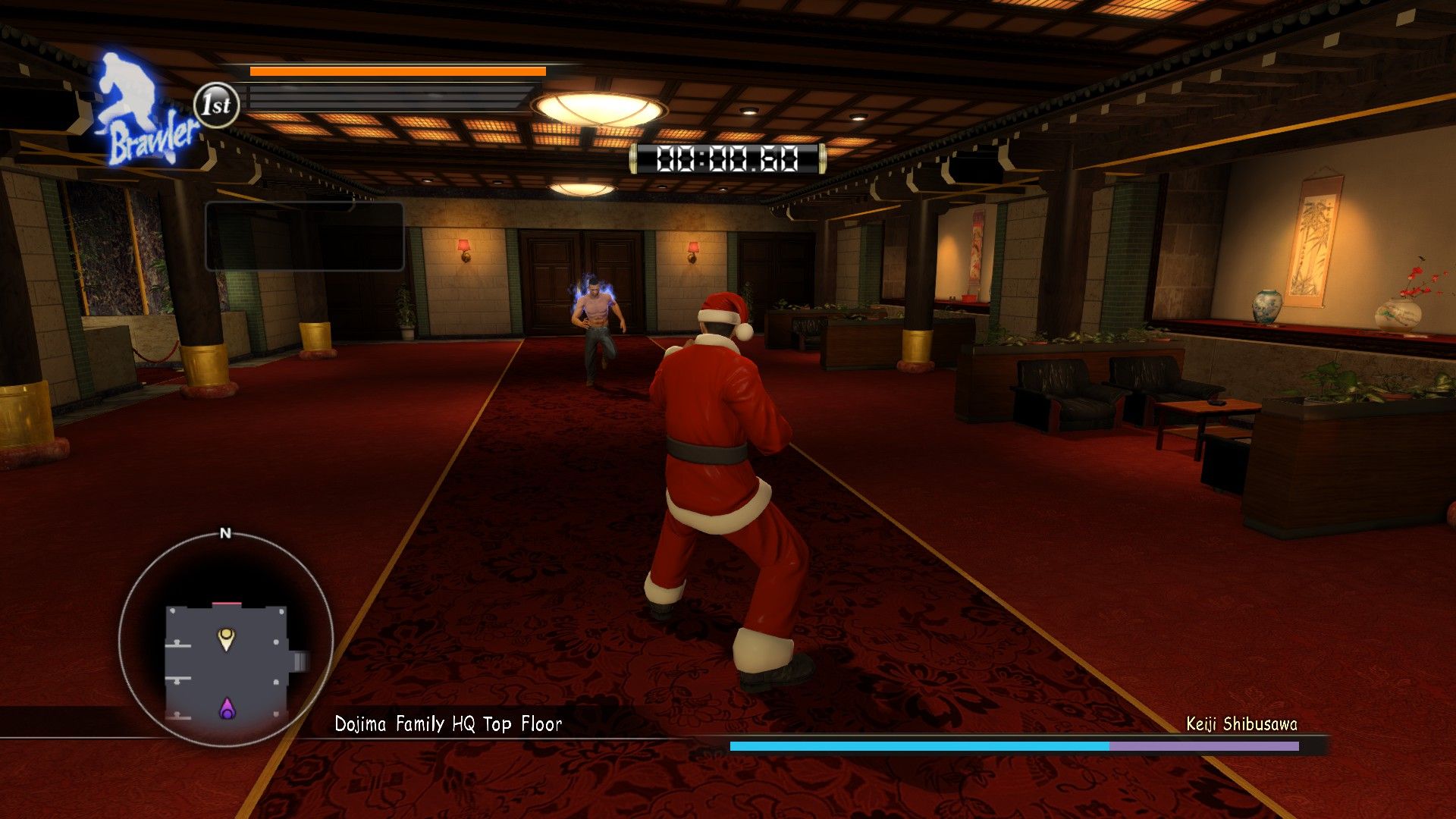 Unfortunately, SamuraiOndo doesn't provide much in terms of instructions for installing the mod. But judging by the file contents, you'll just need to find the appropriate folder in your install path and copy and paste the new files, overwriting whatever files might already exist. As always, be sure to back up any files that will be overwritten in case something goes wrong.

If Santa Kiryu isn't enough Santa for you, there are plenty of other games that'll get you into the holiday spirit. Fall Guys, GTA 5, Mario Odyssey, Animal Crossing: New Horizons, and even Hitman 3 feature their own versions of the Santa costume, and there's even an entire game where you can date Santa Claus. In fact, you can date more than one Santa if you're feeling naughty.

Or you can let Santa hunt you down and kill you. That’s a slightly different Christmas tradition courtesy of Phasmophobia.