Ghost of Tsushima: The Six Blades of Kojiro Walkthrough

Although Ghost Of Tsushima has you playing as a warrior who must resort to stealthy tactics to succeed, protagonist Jin Sakai still often faces his opponents head-on. Though stealth is an important mechanic, much of your time in Ghost of Tsushima will be spent staring down an enemy, waiting for the right moment to attack.

There are multiple moments in the game where you'll be challenged to a duel by other skilled warriors and will need to stand your ground. During your adventure, you'll come across the tale of The Six Blades Of Kojiro which involves multiple duels and a final bout with the man considered to be a demon, Kojiro.

Starting The Six Blades Of Kojiro 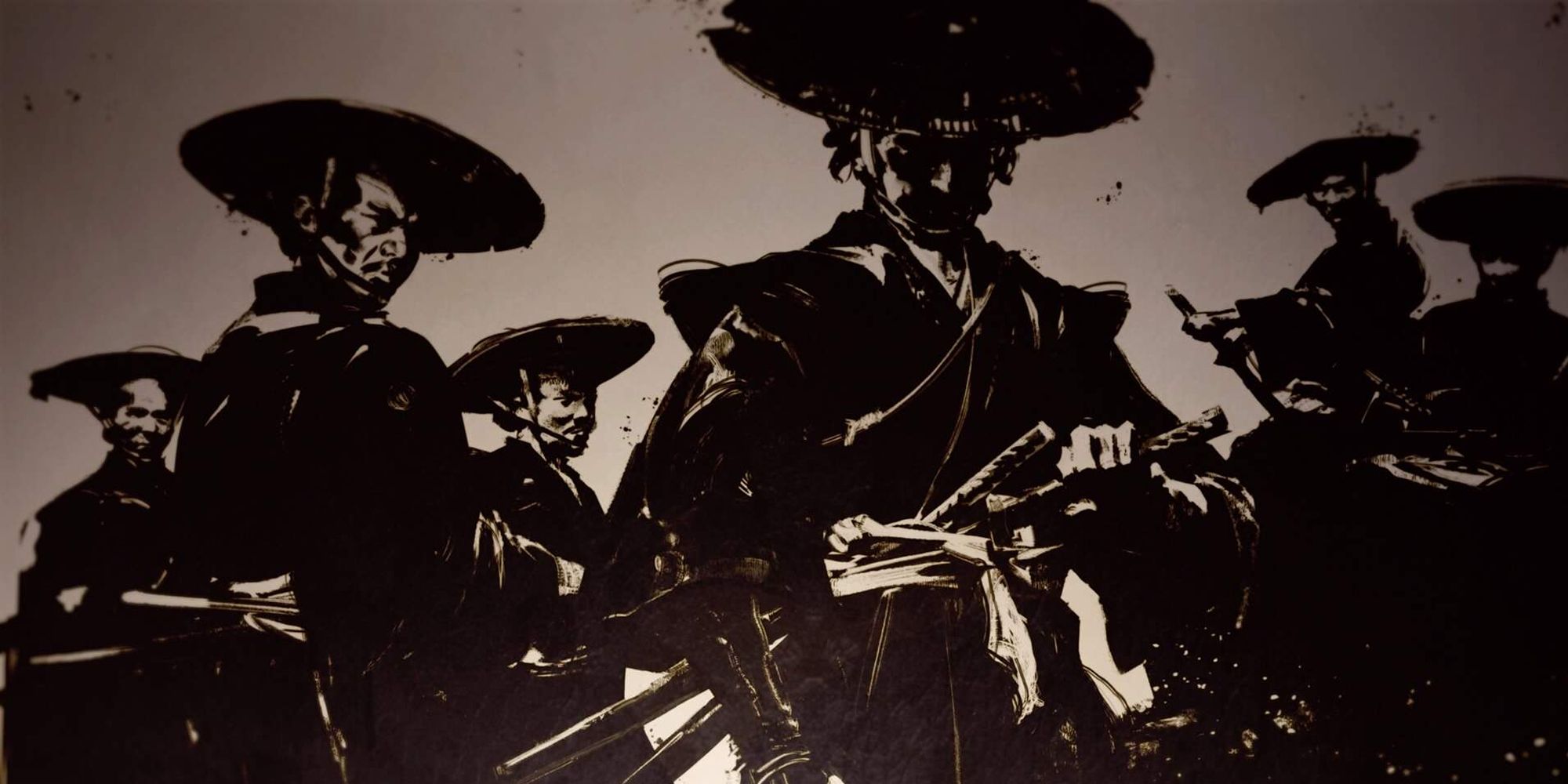 By following the main story or Masako's side quest, you'll eventually come to a settlement called Umugi Cove. Once you arrive, you head to the back of the main building to find the Musician in a panic. He tells Jin that a ruthless samurai known as Kojiro has assembled a group with a desire to slay him.

Kojiro is protected by the legendary Kensei armor, which Jin resolves to put to use for the people. However, he is told that Kojiro will only face him once he has defeated the five other samurai loyal to him. 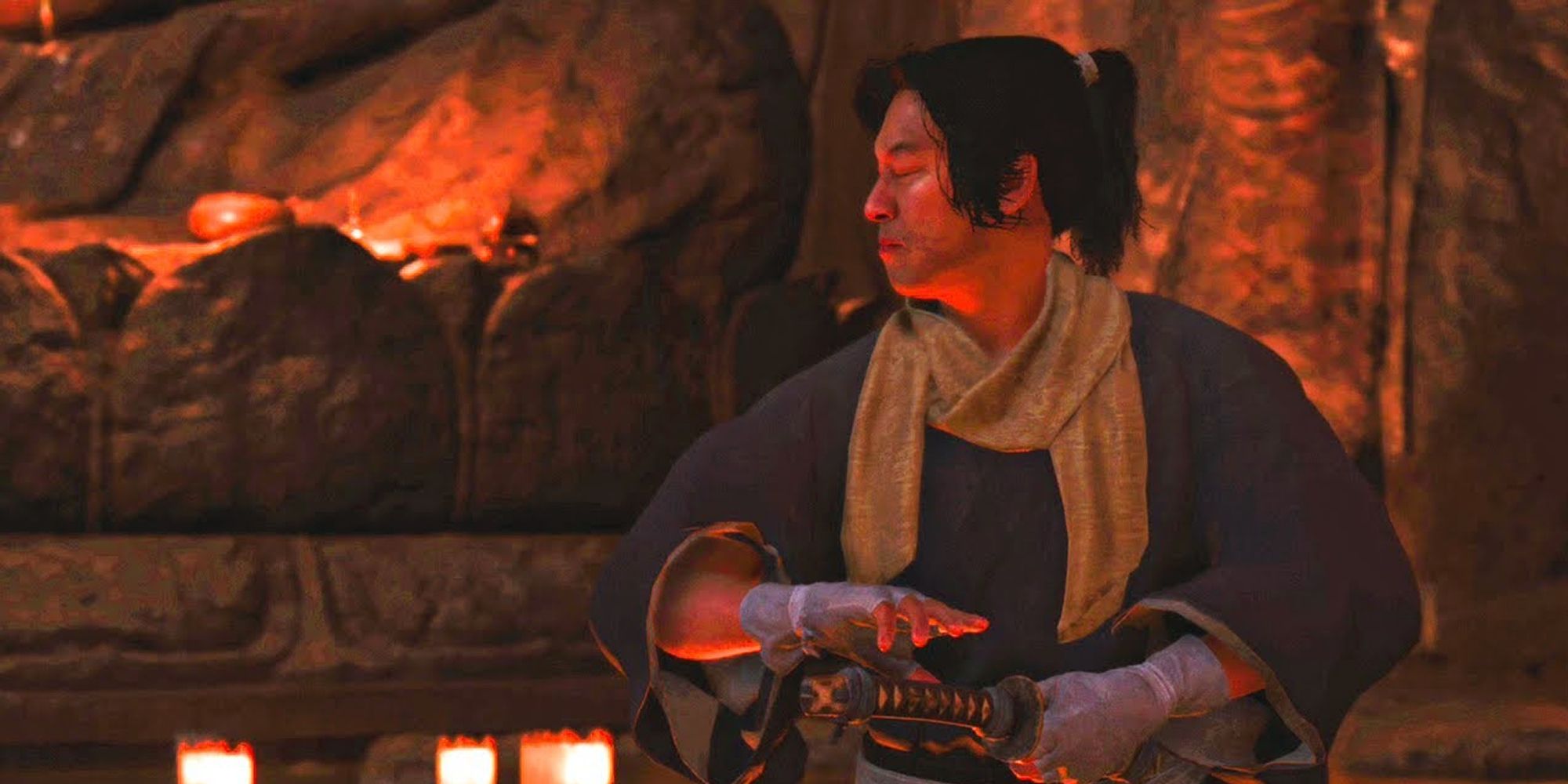 Prepare to do a lot of traveling since many of the duels are in far and isolated places. Each one has you dueling a different samurai. Though they all use slightly different tactics, their overall behavior is the same. They can strike fast so be prepared to block or parry.

When they use unblockable strikes, use the roll the getaway as they're frequently part of a combo. When they sheath their sword, this telegraphs an upcoming unblockable attack, but they're vulnerable before they strike. Both Heaven's Strike and Dance Of Wrath are very effective at dealing heavy damage and reducing their balance.

Duel In The Drowning Marsh

To reach the Duel In The Drowning Marsh, simply follow the coastline to the left of Akashima Village. You'll find the samurai standing near a dead tree with a hostage. After you approach, he'll let the hostage go and the duel will begin.

Duel Among The Spider Lilies

The Duel Among The Spider Lilies can be found along the river to the north of Umugi Cove. The samurai will be waiting among the flowers.

Duel Of The Crashing Waves

The Duel Of Crashing Waves is a duel by the sea, further up the east coast and north of Akashima Village. The samurai will be fishing near a Shinto arch leading to the Cloud Ridge Shrine.

The Duel Under Falling Water is almost directly opposite the Crashing Waves Duel on the opposite coast. Head there to find the samurai waiting by a waterfall.

The furthest duel is the Duel Under Autumn Leaves which is located on a small peninsula to the east of Castle Kaneda. The samurai will be standing among the leaves.

Once you've won all the duels, you'll need to go to the Omi Monastery. This small location can be found to the west of the Falling Water Duel near bodies of water. Once you arrive, look for a cavern filled with lanterns to face Kojiro and finish the tale.