God of War Ragnarok is, by all measures, a truly epic game. Especially if you are referencing this massive title's scope. It feels like Ragnarok has expanded upon everything that made the first game great. However, as is the case with any gigantic game, this it can all be a little intimidating. Especially if you have chosen to start your God Of War journey with Ragnarok.

What difficulty is the right one for you? Why can't you seem to open certain chests? How are you ever going to track down all those creepy, glowing birds? Well, worry not, friend. We have all the tips that should help you move forward with confidence. 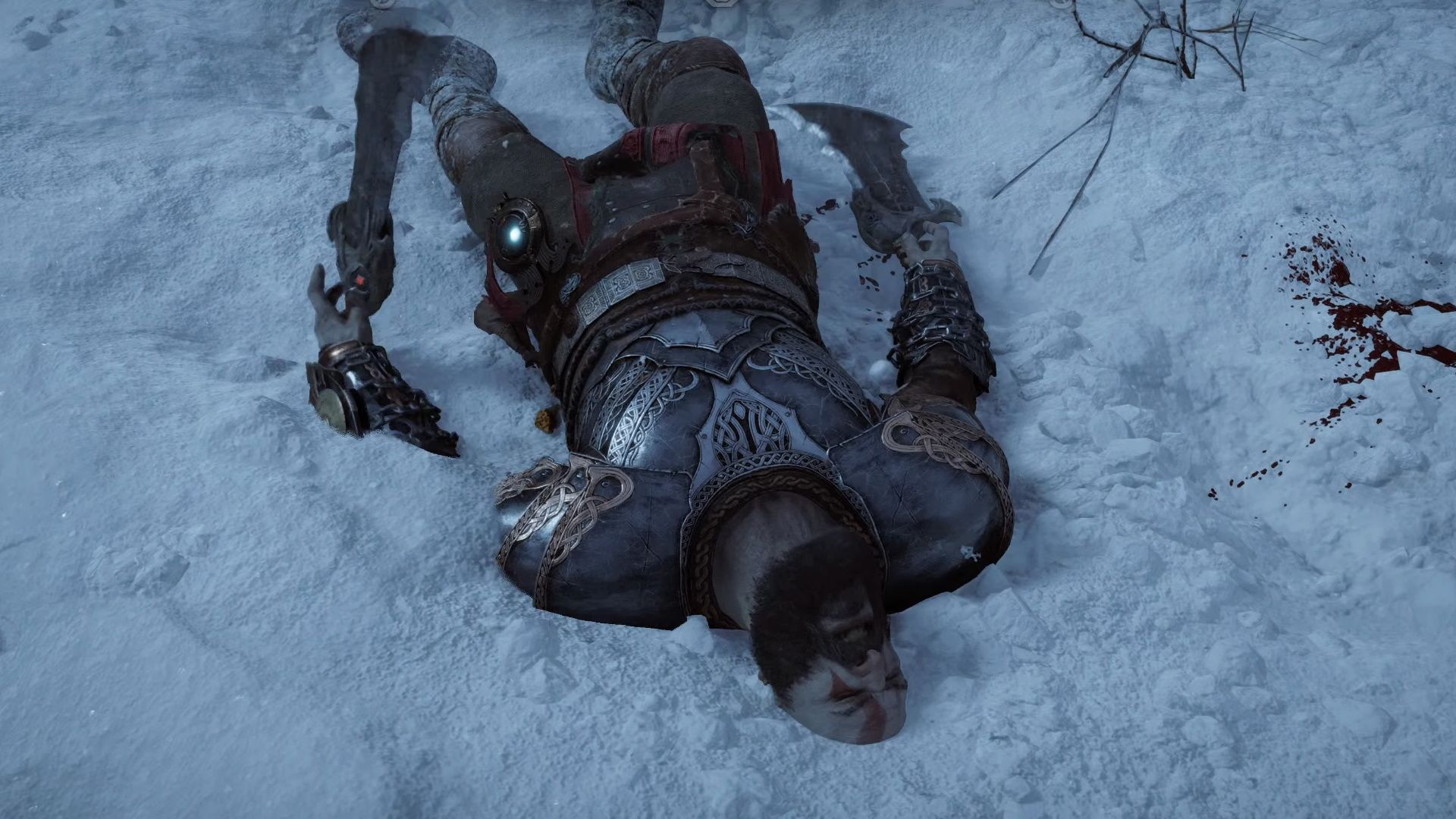 One of the first questions you are likely to have after booting up God of War Ragnarok, is which difficulty is the right one for you. Well, we are here to help clear the air on this topic. For starters, you have the “Give Me A Good Story” option. While this isn’t so absurdly easy that it is boring, but it is primarily for people who are more interested in mashing their way through combat and aren’t interested in the game pushing back. The standard difficulty, “Give Me A Balanced Experience”, is true to its name. It is not so easy that it will diminish all challenge completely, but it is unlikely to be super frustrating either. Ragnarok is a nicely balanced game when played on this mode. You will likely still die, but it is unlikely that you will be trapped fighting the same enemy a dozen times.

Now, “Give Me A Challenge”, on the other hand, is very much a well-tuned hard mode. We think that this is a fantastic mode to play the game on. Though it is hard, the difficulty is absolutely overcomeable. It does make enemies more resilient, but it thankfully never makes the game’s enemies damage sponges. However, the damage they will deal to you is not for the faint of heart. This was the difficulty setting we played the game on, and we found it to be consistently invigorating. Finally, “Give Me The God Of War” is for masochists, and people looking to push themselves to the absolute limit. Every enemy can kill you easily, and they are all resilient to a point where combat encounters can start to drag. We don’t expect most players would have their best experience with this setting.

One thing to keep in mind is that the game will save progress quite frequently, so dying is not the most serious of consequences, as you aren’t forced to backtrack. Some boss battles will even provide you with checkpoints, so if a battle has multiple phases, you won’t be forced to repeat any of them. 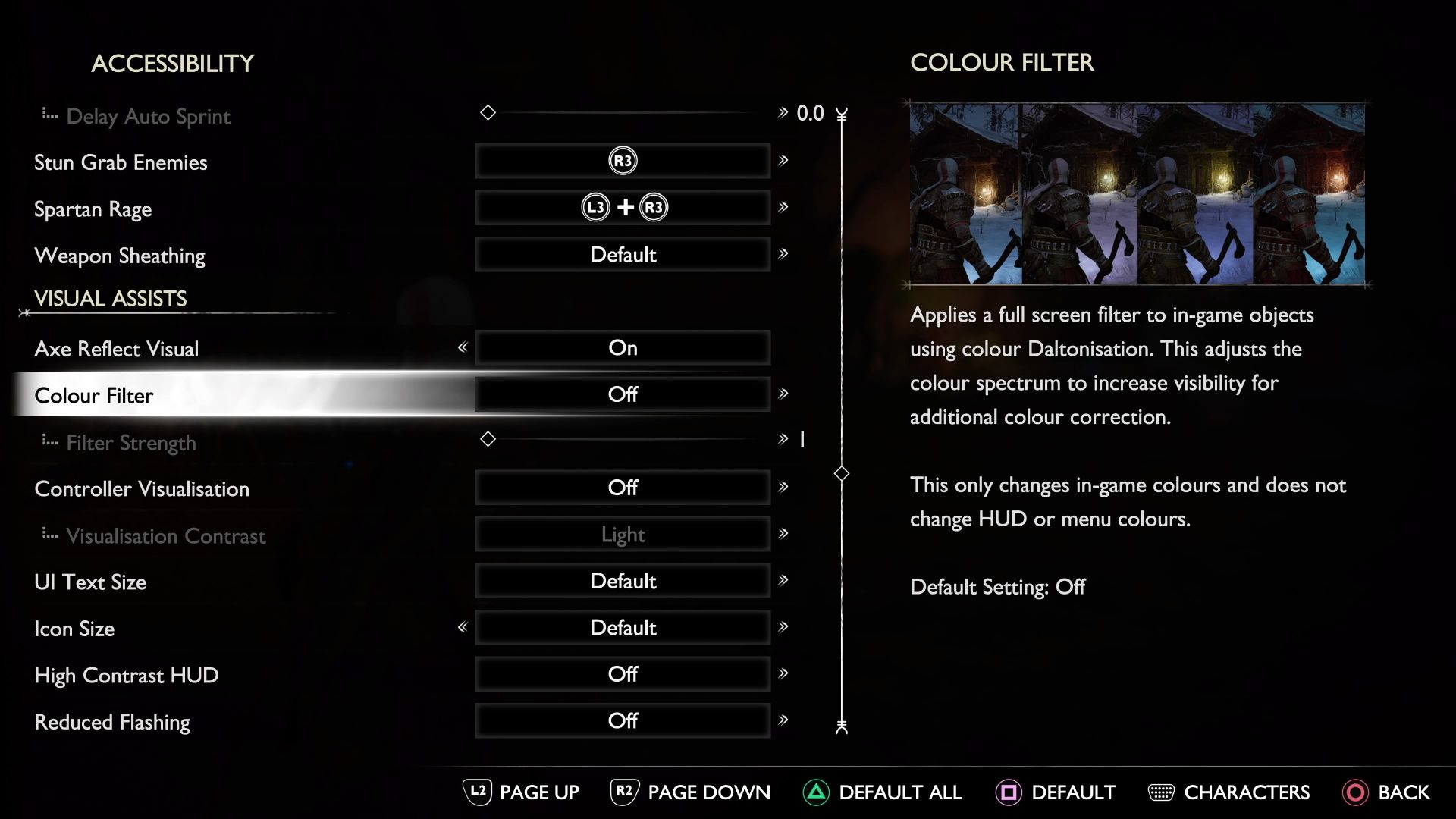 Okay, so Ragnarok has the standard stuff like graphics modes, camera orientation toggles, and a difficulty setting in its settings mode. All the stuff you would expect a modern game to have, you can find here. However, things start to get REALLY interesting once you enter the accessibility menu.

There are a tremendous amount of things to tweak! You can even change the way the axe throw works, or how you input the dodge command (and this goes well past remapping the buttons). Many of these options aren't about making the game "easier", they just give you the ability to tailor a wide variety of aspects to make it fit your preferences better.

Consult Your Map For Collectibles 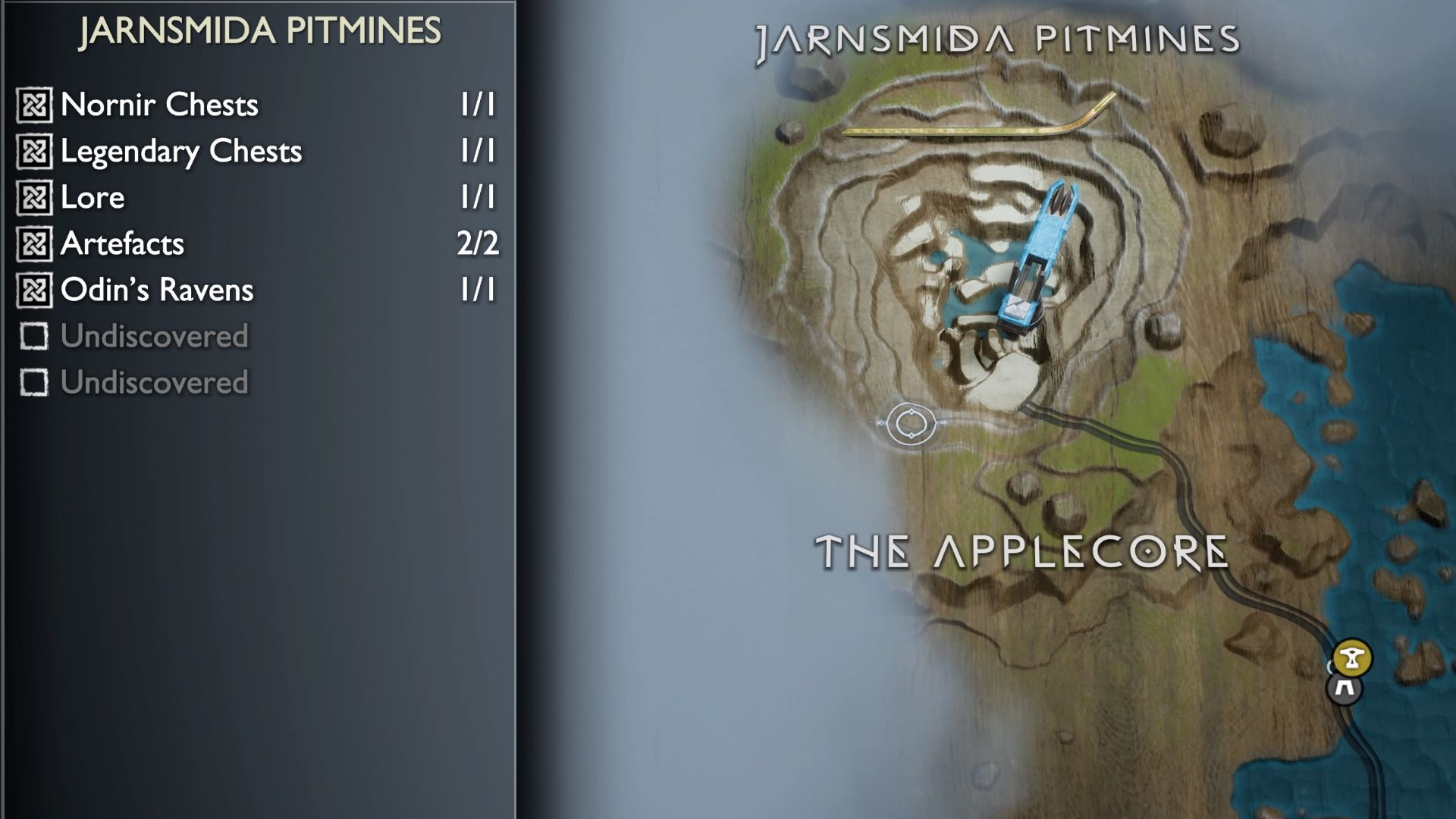 Your map is a wonderful source of information for any given area. If you want to know how many ravens there are in the area you are exploring, look at your map. Are there any Nornir chests? Well, your map will tell you! While some information will stay hidden, the map will give a considerable amount to chew on. So, if you are looking to scour the world for all those goodies, just keep consulting your map!

However, while the map is an invaluable resource, it should be mentioned that it doesn't track standard chests, and it won't tell you if a collectible in the area is one that you don't currently have the capabilities to gather (which will happen). However, even if the map is an imperfect tool, it is still a useful one.

Ragnarok Loves To Use Camera Misdirection 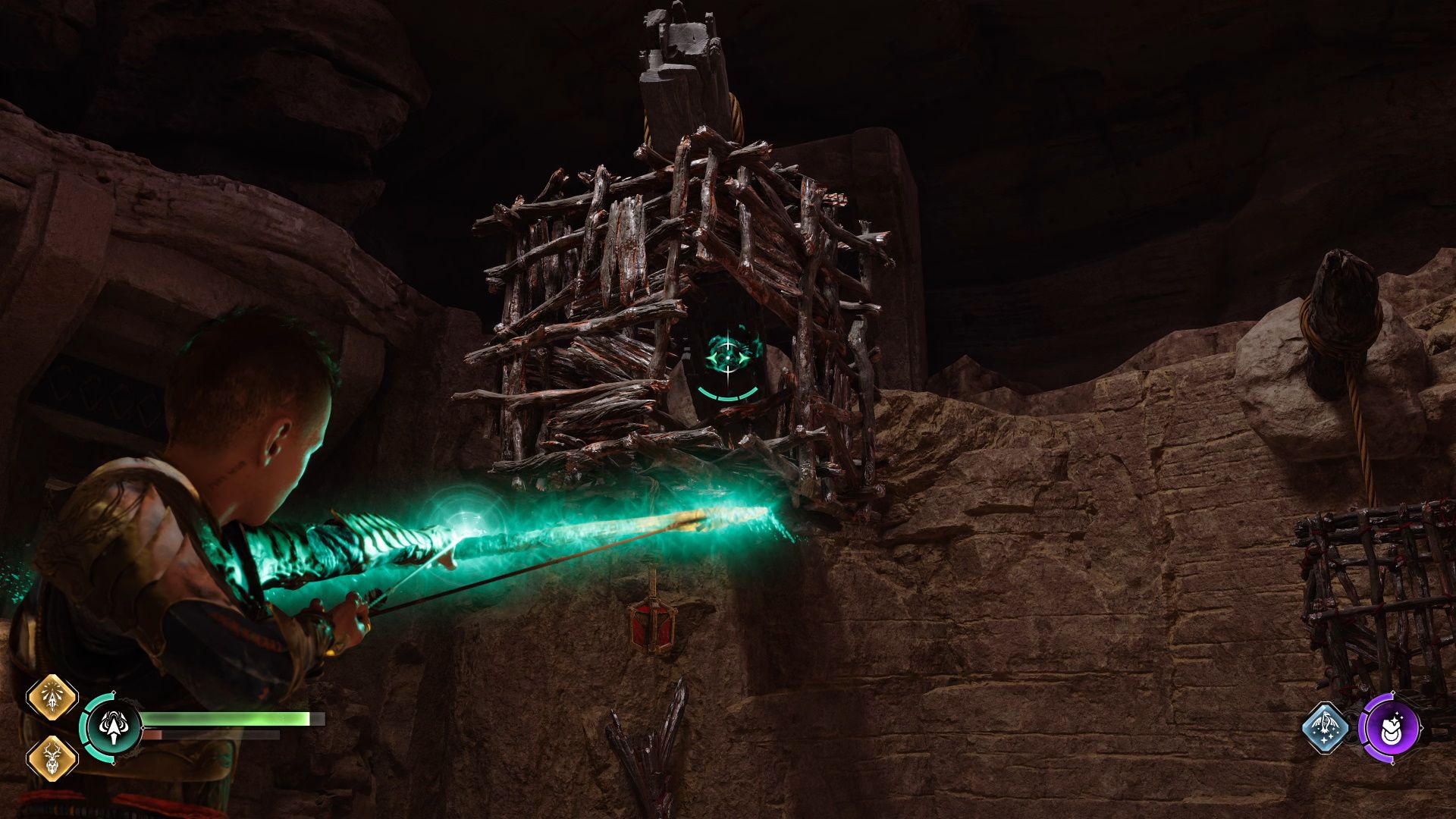 If you are looking for treasure, your best bet is to always look where the camera isn’t pointing. Ragnarok loves to aim you down a long path, meanwhile, there is a treasure chest to your immediate left or right that is just out of view. So, if the camera is pointing you in one direction, make sure to take a look around before you follow it.

Similarly, the game likes to use perspective-based puzzles quite a bit. Sure, you may enter into an area and not see anything of note, but see if there are any holes you may be able to peer through or try to get some height and view the area from above. The Ragnarok camera is a liar and a misleader; never trust it!

Let Your Ears Be Your Eyes 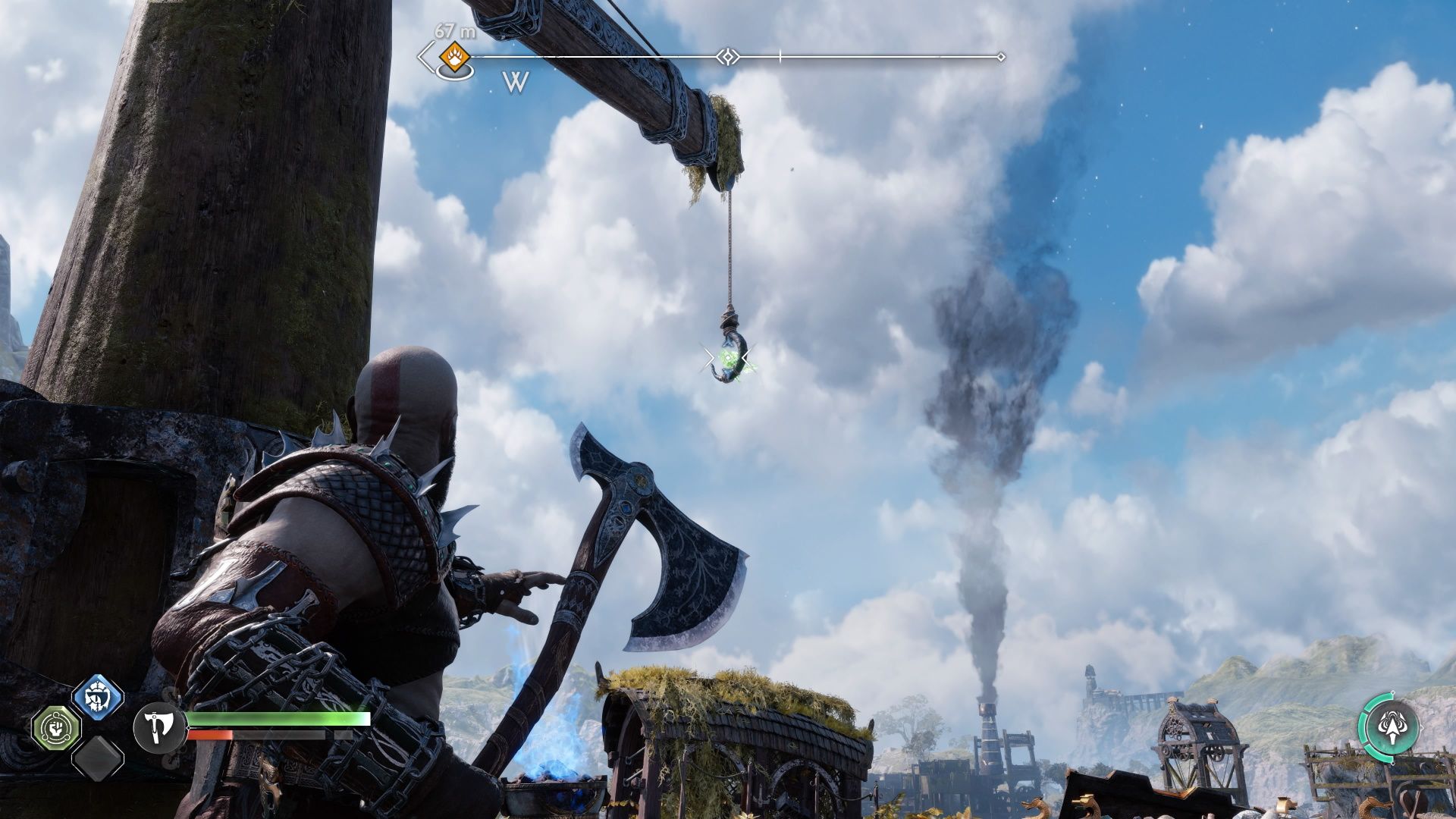 God of War Ragnarok has incredibly impressive audio design. This materializes in a number of ways, but one of the best examples is that you will need to use your ears to detect Odin’s ravens. These foul creatures tend to be well out of sight, but if you listen for their trademark cawing, you should be able to locate them.

Moreover, if you are in combat, and there is too much going on to keep track of all the indicators on the screen, Mimir and Atreus will warn you about enemies being at your back. So if you hear their warnings, simply roll away. Trusting your ears is the best course of action, as you will be given some pretty solid audio cues.

Your Partner Will Typically Take The Main Path 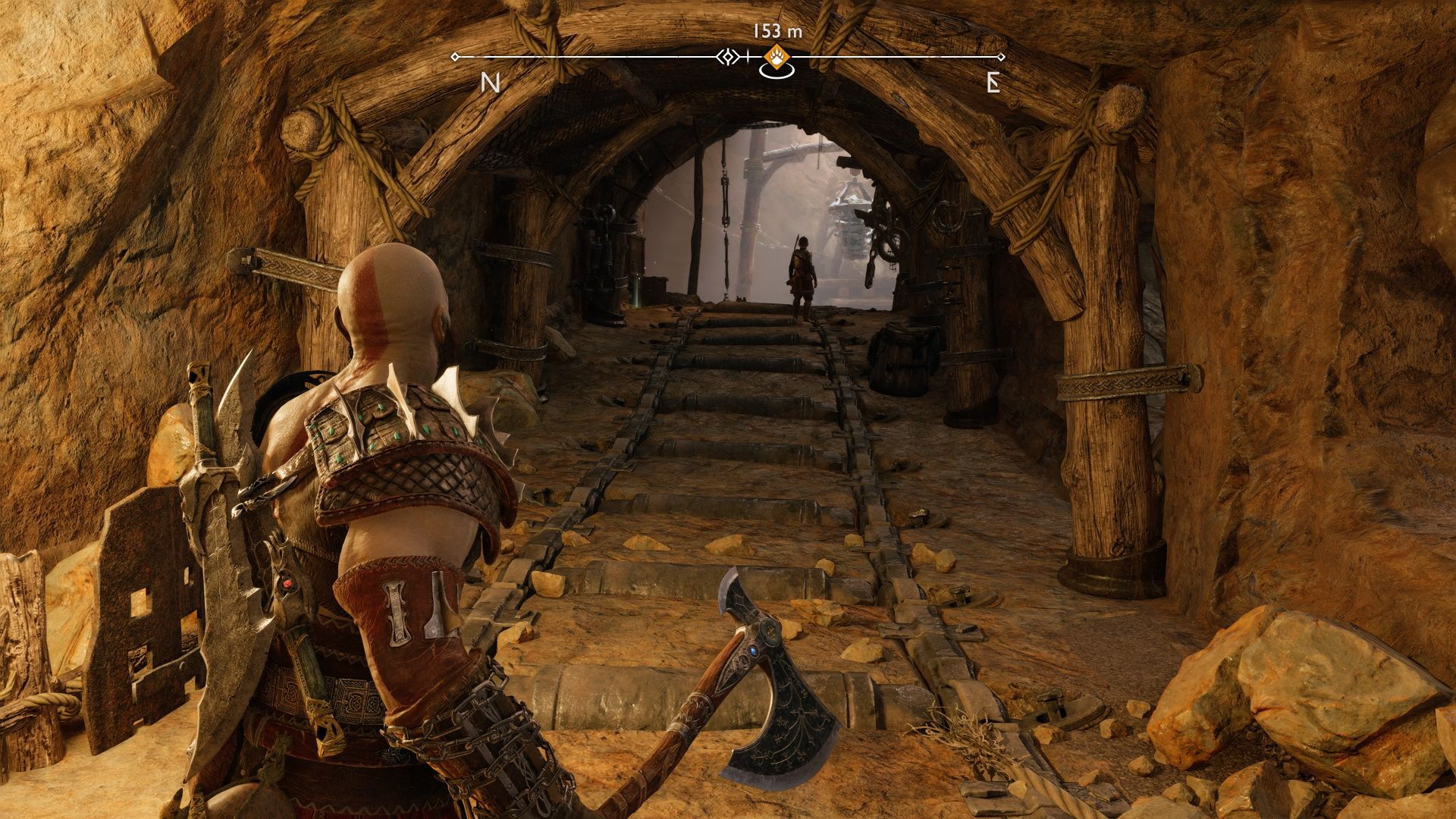 One of the biggest annoyances when playing a game with branching paths is that you often don’t know which one is the primary path, which is an issue as you probably want to travel along the optional path first in order to find goodies! However, God of War Ragnarok gives you an elegant solution to this issue: your partner!

Atreus will always travel down the main path, which means that if you are hunting for treasure, you can just travel along the alternate route. Sometimes your partners will even tell you that you aren't taking the correct path, which is the perfect sign that you are on your way to collecting something valuable!

Don't Panic If You Leave Some Items Behind 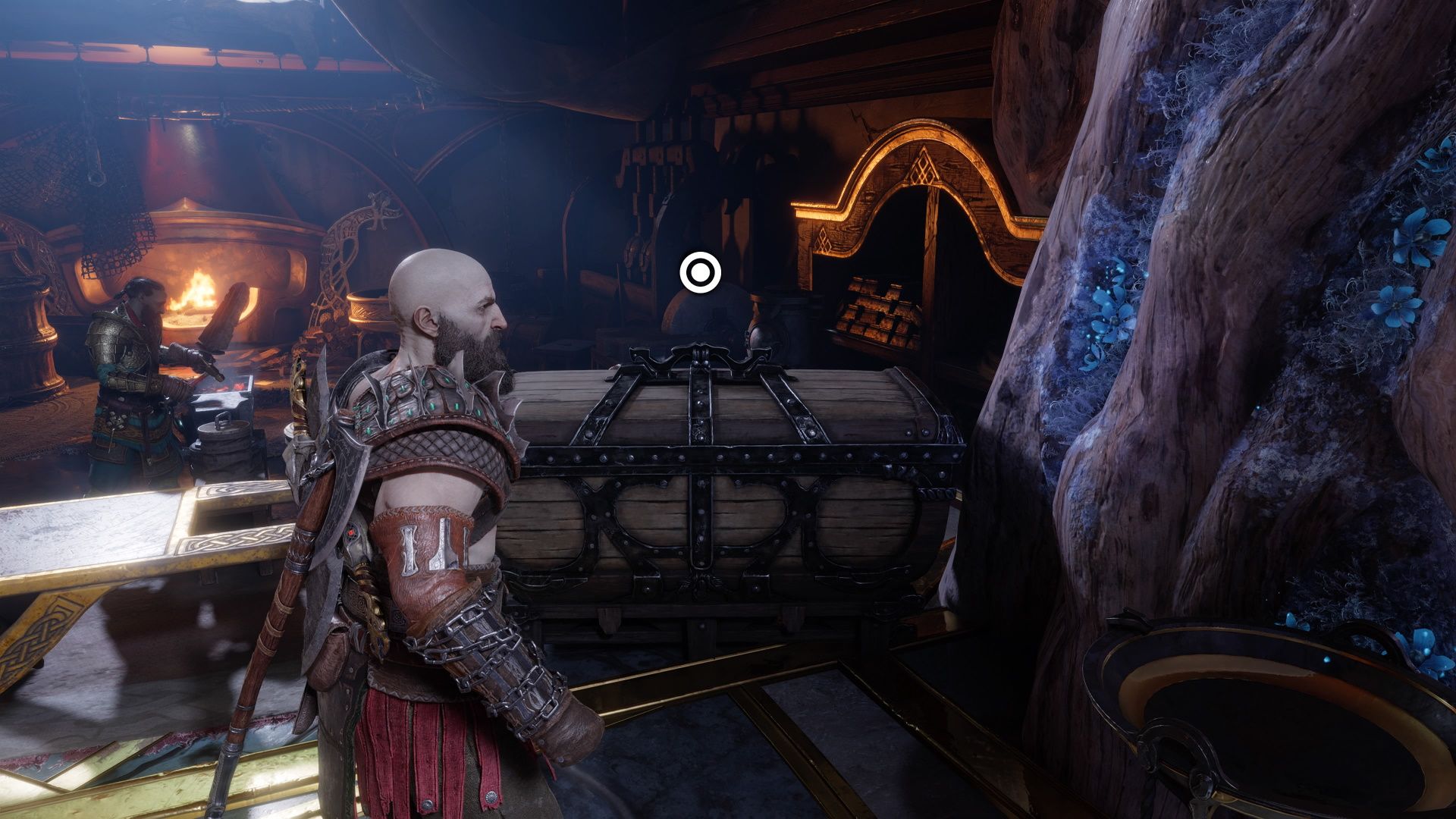 Have you ever played through a game where you kill a bunch of guys, and the arena is just littered with collectibles, and then, after the battle, you take one too many steps forward, triggering a cutscene, and pushing you far away from those items? Feels bad, right? Well, there is good news, those items are not lost to you in Ragnarok.

If you visit the Dwarves, there is a nearby chest that acts as a lost and found. This is an incredible safety net that allows you to play the game without concern that you may miss something. If you miss a chest, or fail to pick up an artifact, those aren't going to appear in the chest for you, but hey, you are going to need to backtrack to most dungeons later anyway if you want to collect everything in the game, so you can get that stuff then. 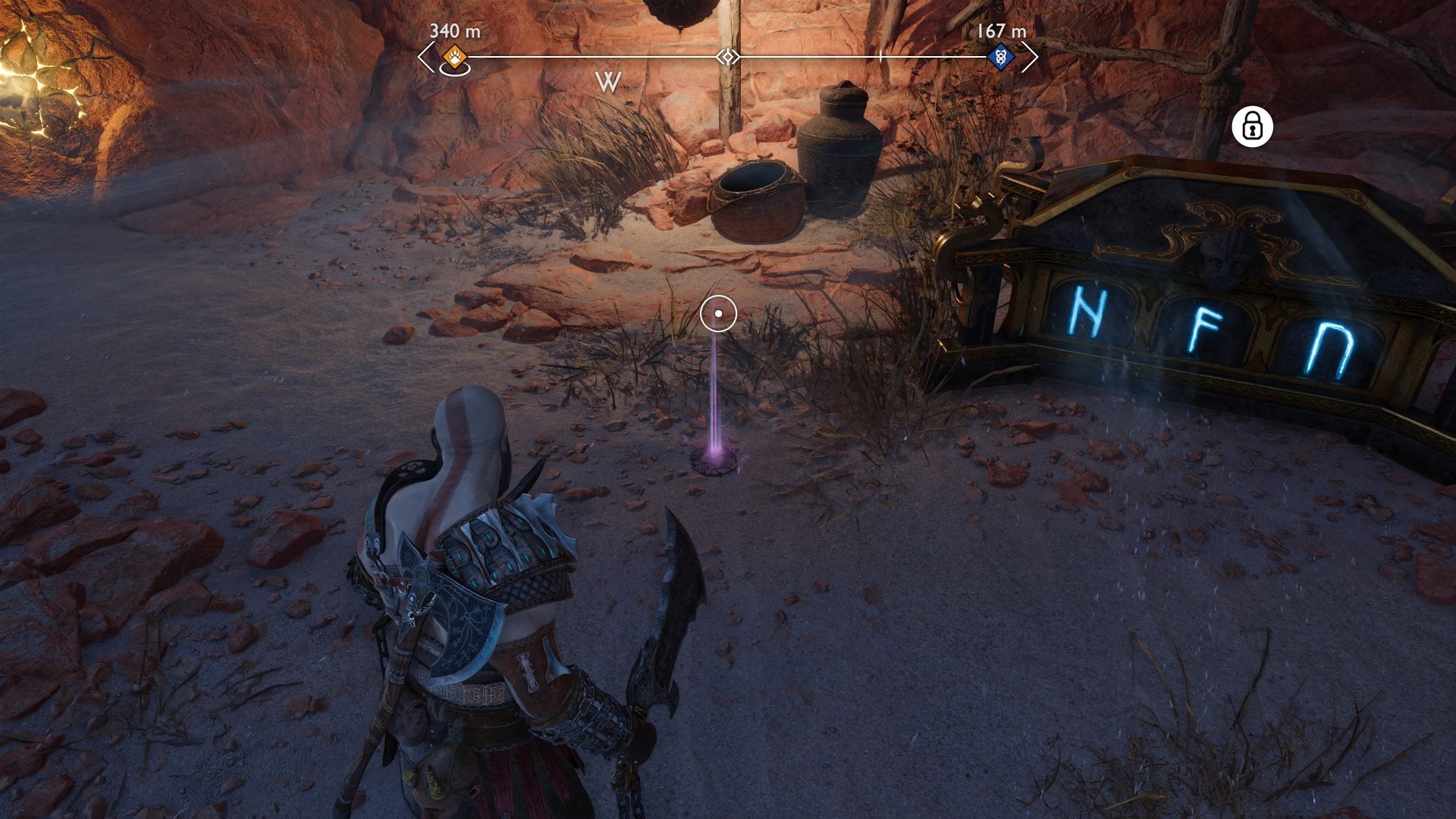 Each world has a great deal to explore, but one thing you need to keep in mind is that you will find a number of roadblocks along the way. Not all of them will be passable when you first encounter them. For a sizable portion of the game, you will see jets of air coming from walls. However, try as you might, none of your weapons will interact with them. You will quite simply not have the tools to make use of these airstreams. Not yet, at least. And it isn’t just jets of air, you will find glowing walls, and conspicuous metal objects. So just make a mental note of this stuff when you encounter it (or even better, a physical note), and then come back to them later.

If you don’t know whether you should move on from something or not, listen to your companion. If you are trying to interact with something that you currently are not equipped to deal with, they will tell you as much, by informing you that you don’t have the right tools for this (or something along those lines).