Godfall: How To Defeat Sobeku

Godfall isn’t done with throwing aggressive quadrupeds with a twist at you. Alpha Rancor and Thraex was just the beginning, and Sobeku is the next chapter in that legacy. A giant alligator inspired by the Egyptian God is a fitting foe for Orin – a self-proclaimed Godkiller. This gator has a few tricks up his scales, however.

Take something with a relentless desire to kill people, and combine it with invisibility and the ability to summon in help, and you have a rough idea of what Sobeku is all about. He is just as likely to run away and strike from the shadows, as he is to pick you up in his snapping jaws and fling you around like a rag doll. 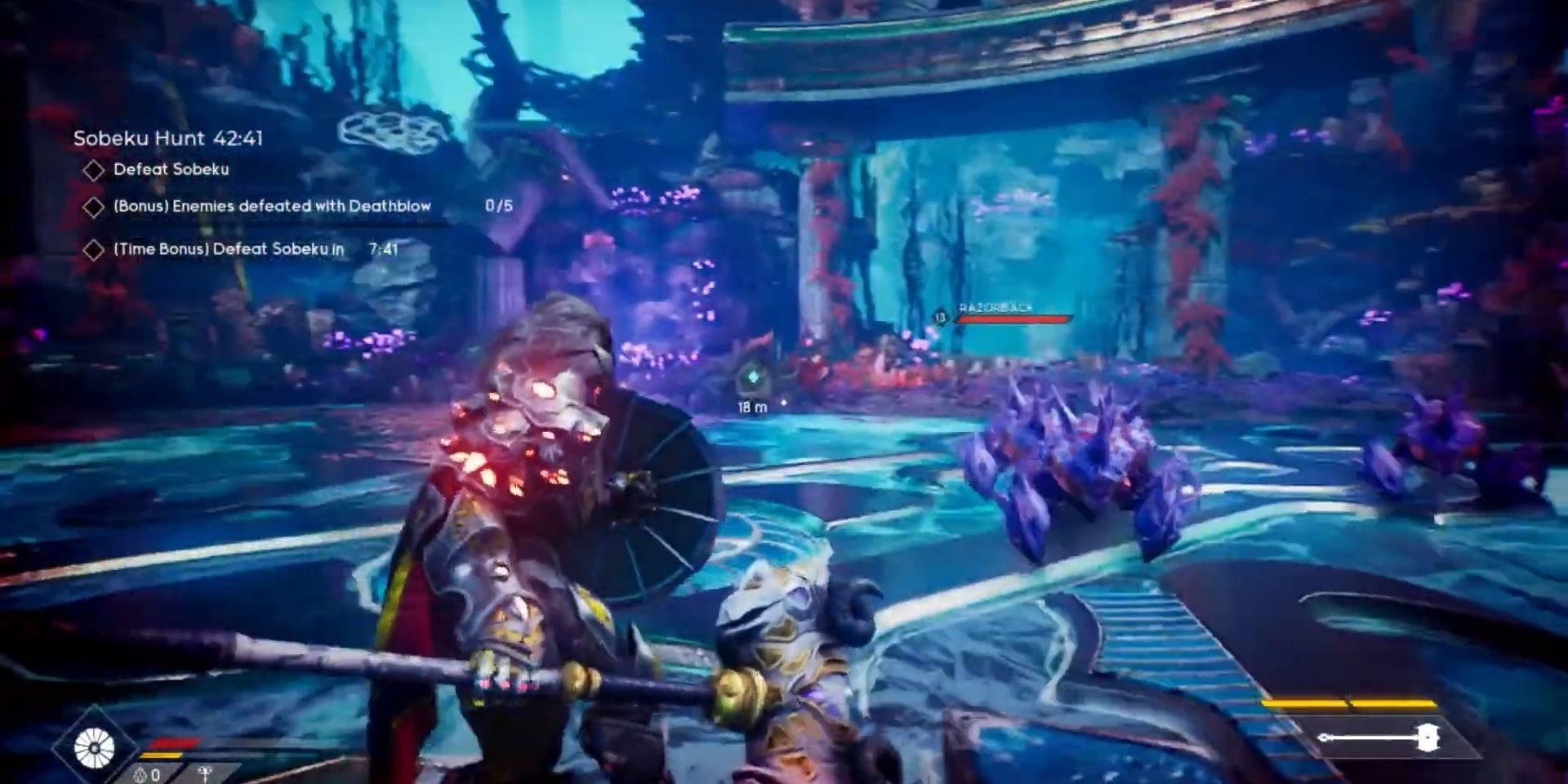 Sobeku has a varied kit and is more than capable of launching into extended combos. His real strength comes from his variety of unblockable attacks, and ability to go invisible and attack you when you least expect it. 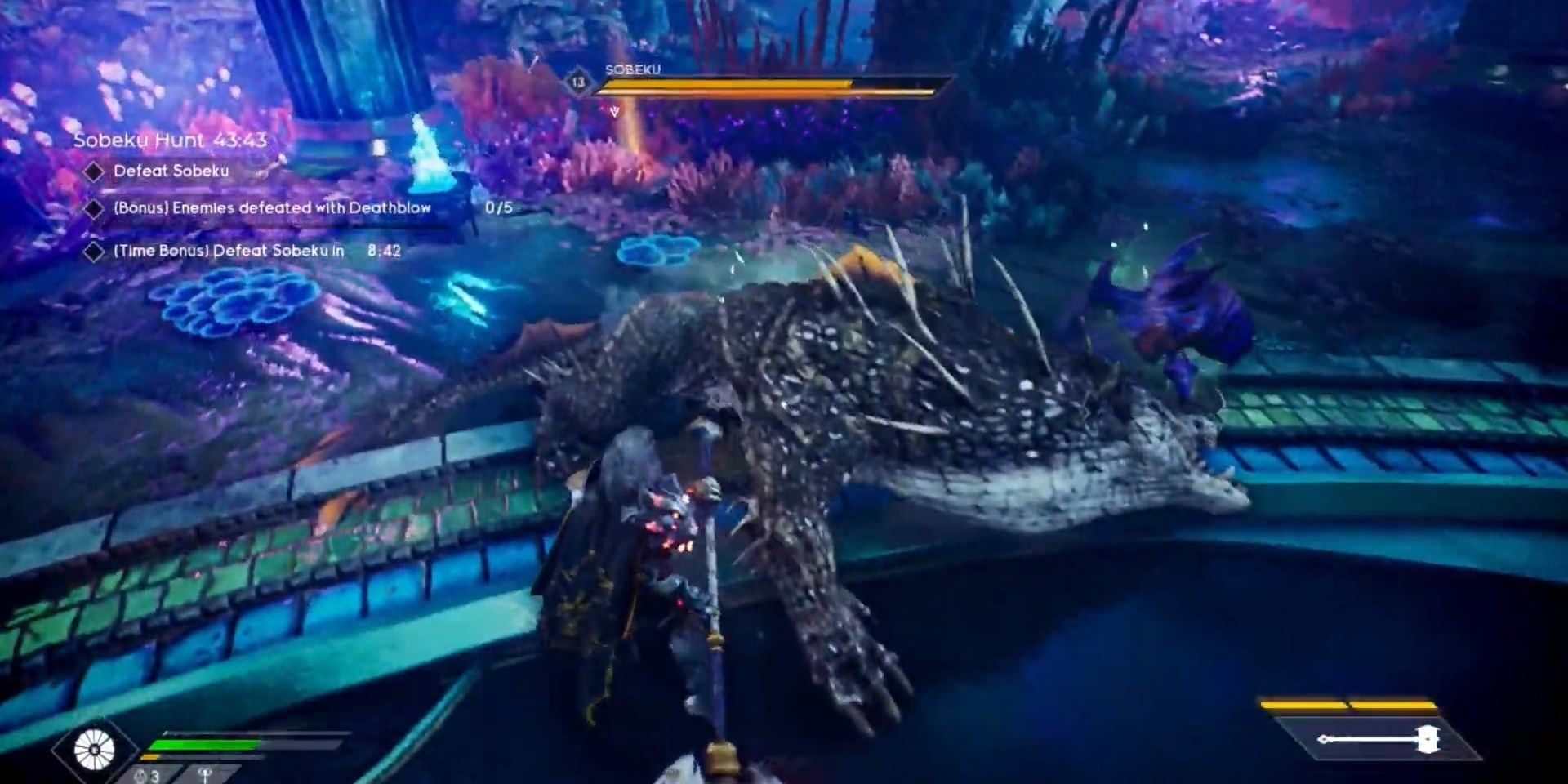 Sobeku likes to attack, but his attacks are quite wild. Sometimes he just straight up misses. Because of this, slower weapons like Greatswords are fantastic for this fight. Not only can you power through Sobeku’s weaker attacks, but he is prone to flying over Orin if you are right up in his face.

Going into the fight with Archon Fury is helpful, but not required. Sobeku doesn’t like to get smacked around and will interrupt your combos with his Invisibility attack and this can waste your Archon Fury if you get unlucky. 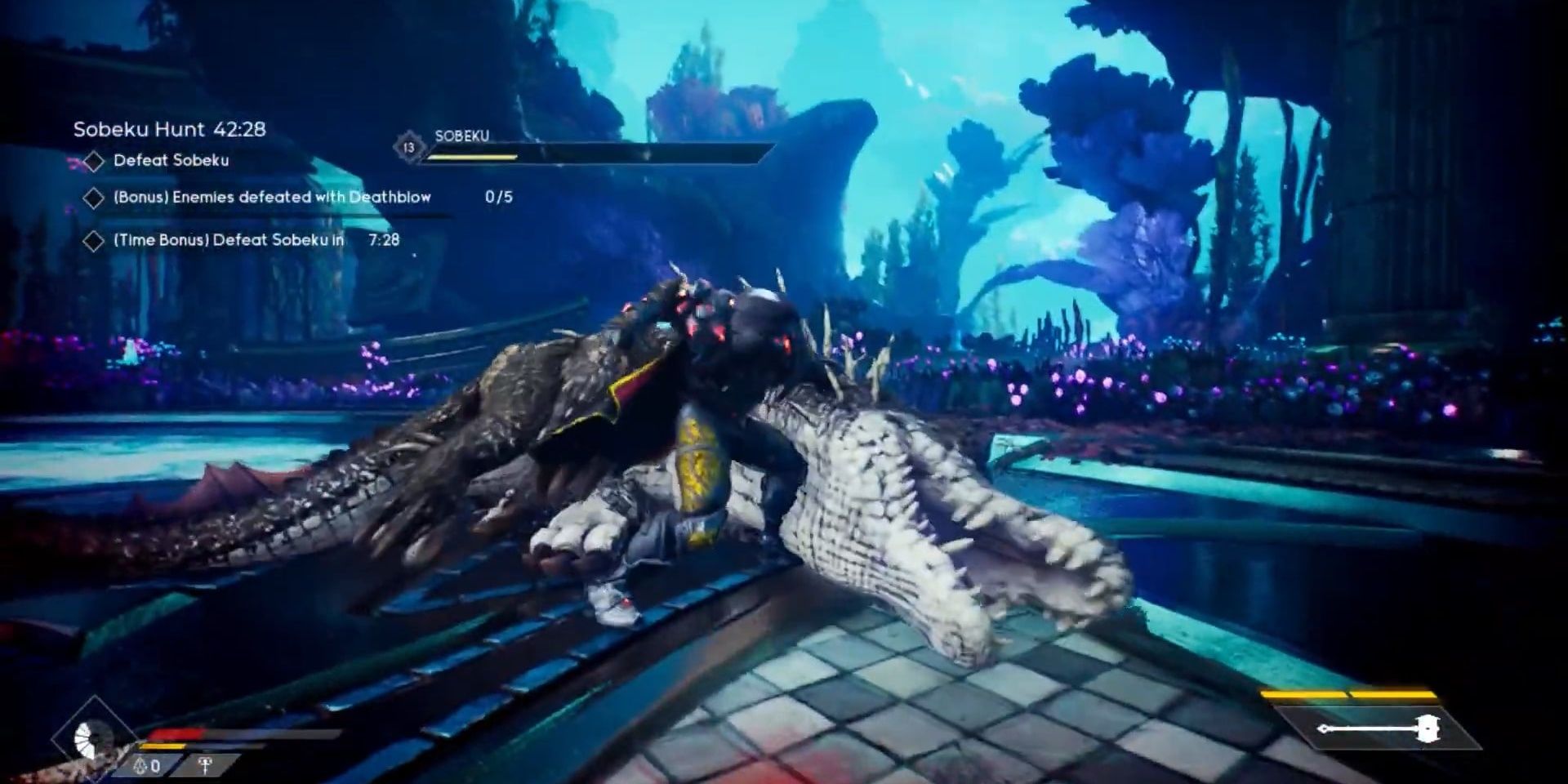 This fight is all about being aggressive and chasing Sobeku down. If you can get in his face and smack him around, he will start to run away more than actually attack. When this happens, either kill the Razorbacks or ignore them, and chase Sobeku down before he does his death spin.

Don’t be too aggressive, however. You still want to avoid taking as much damage as possible. Remember to dodge when you get the chance. In addition to this, try and end your combos with a Heavy Attack to shatter any grey HP Sobeku has.