Barbara Gordon, a.k.a. Batgirl, is an iconic DC Comics character. As a member of the Bat-family and one of the protectors of Gotham City, it’s no surprise she was chosen to be one of the four Gotham Knights. She’s intelligent, funny, genuine, and her personality shines through in the game’s story.

Just like the other team members, Batgirl has a range of costumes that can become available as you progress through the game. Each costume is unique, some of them paying homage to certain comic book looks. It’ll be hard to pick an outfit for Babs once you obtain all of them, but some are better than others. These are Batgirl's best costumes in Gotham Knights. 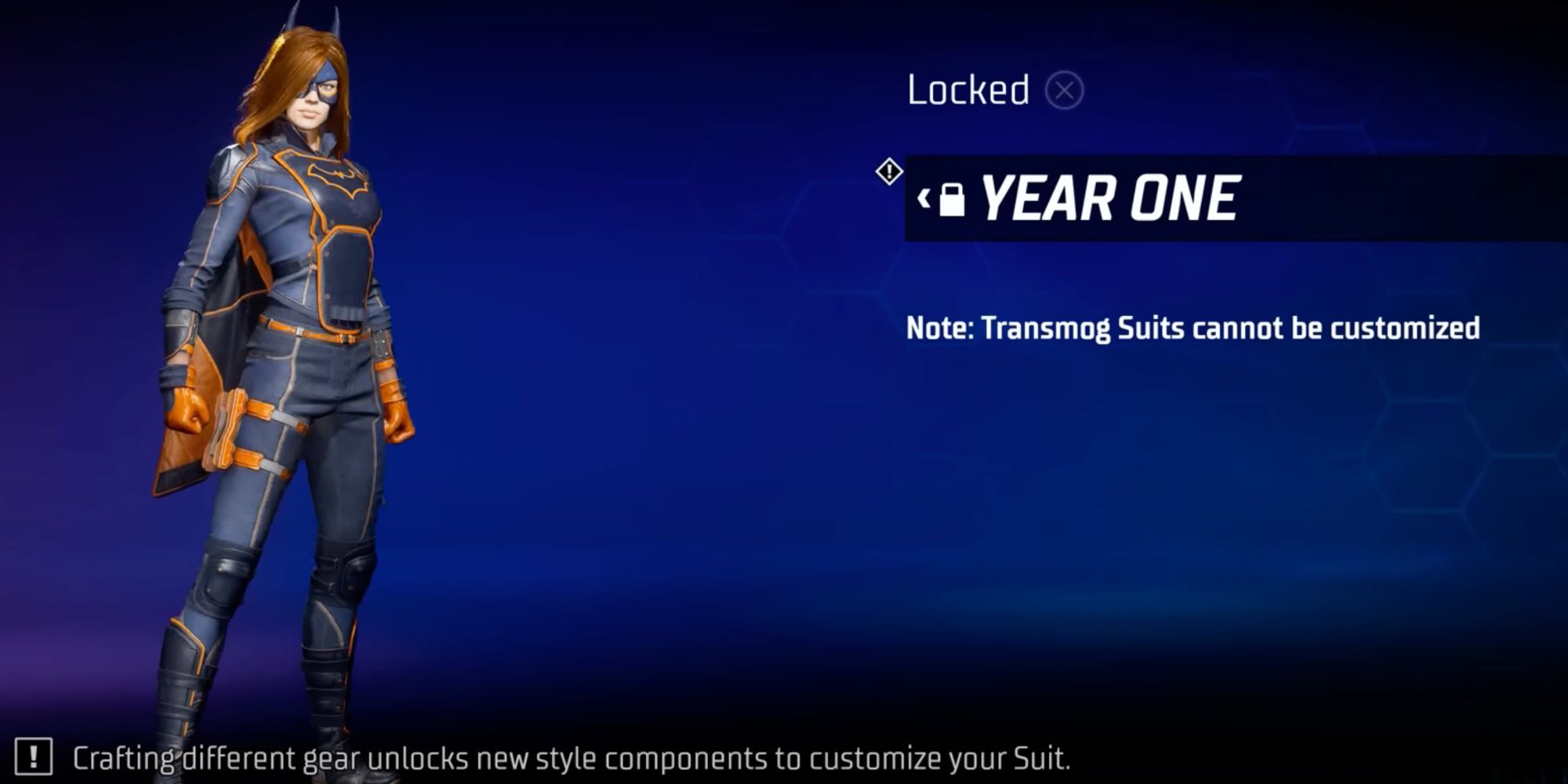 Batgirl’s jarring side bang is hard to ignore as it covers one of her eyes. Maybe having one whole eye covered while fighting crime isn’t the best idea. Surprisingly, the Year One costume doesn’t reflect the comic book version of Batgirl’s Year One design.

Instead, it’s a new take on her more classic look, but it’s fair to believe this is the first costume of her vigilante career in the Gotham Knights universe. The design uses more cloth material than the higher quality default costume. 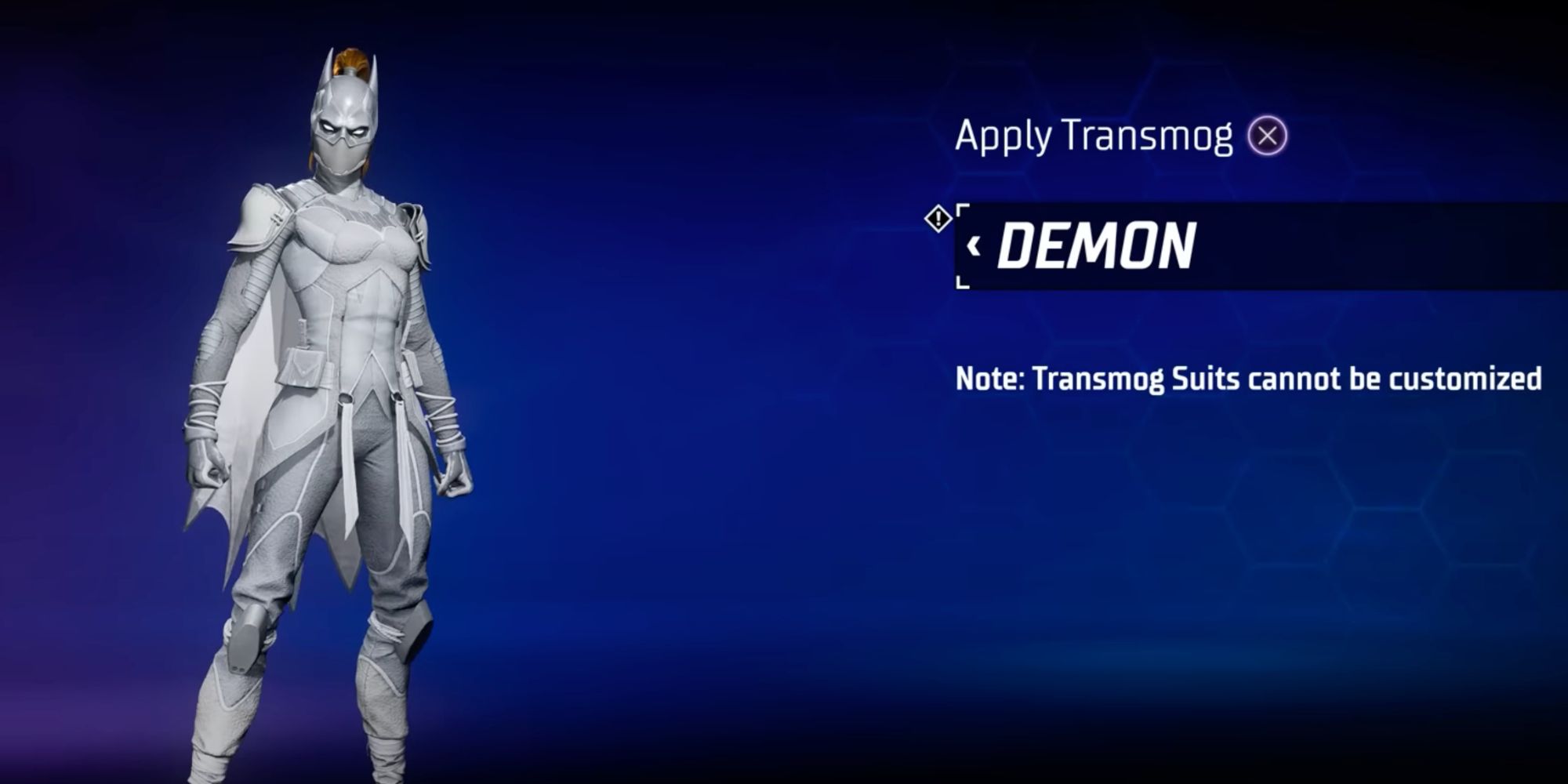 The sleek design accompanied by a high ponytail is a clean-cut and stealthy look. You can picture Batgirl sticking to the shadows while she wears this, even if it’s a lighter color than what she’d usually wear.

The Demon look is inspired by the League of Assassins, and is similar to what Talia wears at one point in the game. Though it's not a typical colorway for the vigilante, it's cool to see what Batgirl might wear if she joined the Ra's al Ghul. 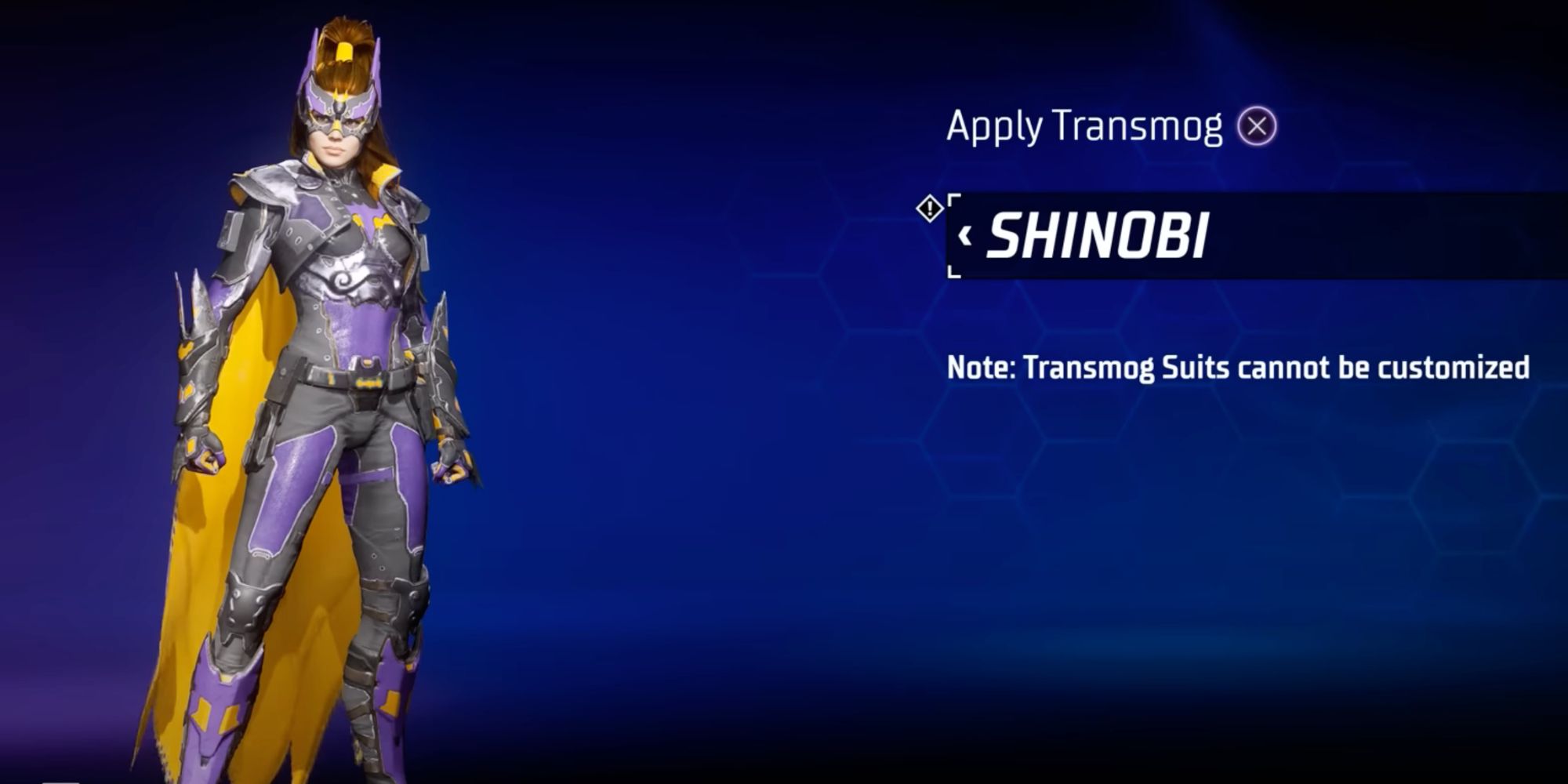 Shinobi, meaning ninja, is a reasonable costume concept for the Bat-family. And though Batgirl’s outfit doesn’t seem like something she’d actually wear, it’s still a fun look overall. In terms of a stealthy outfit, the ninja costume isn’t the most practical. 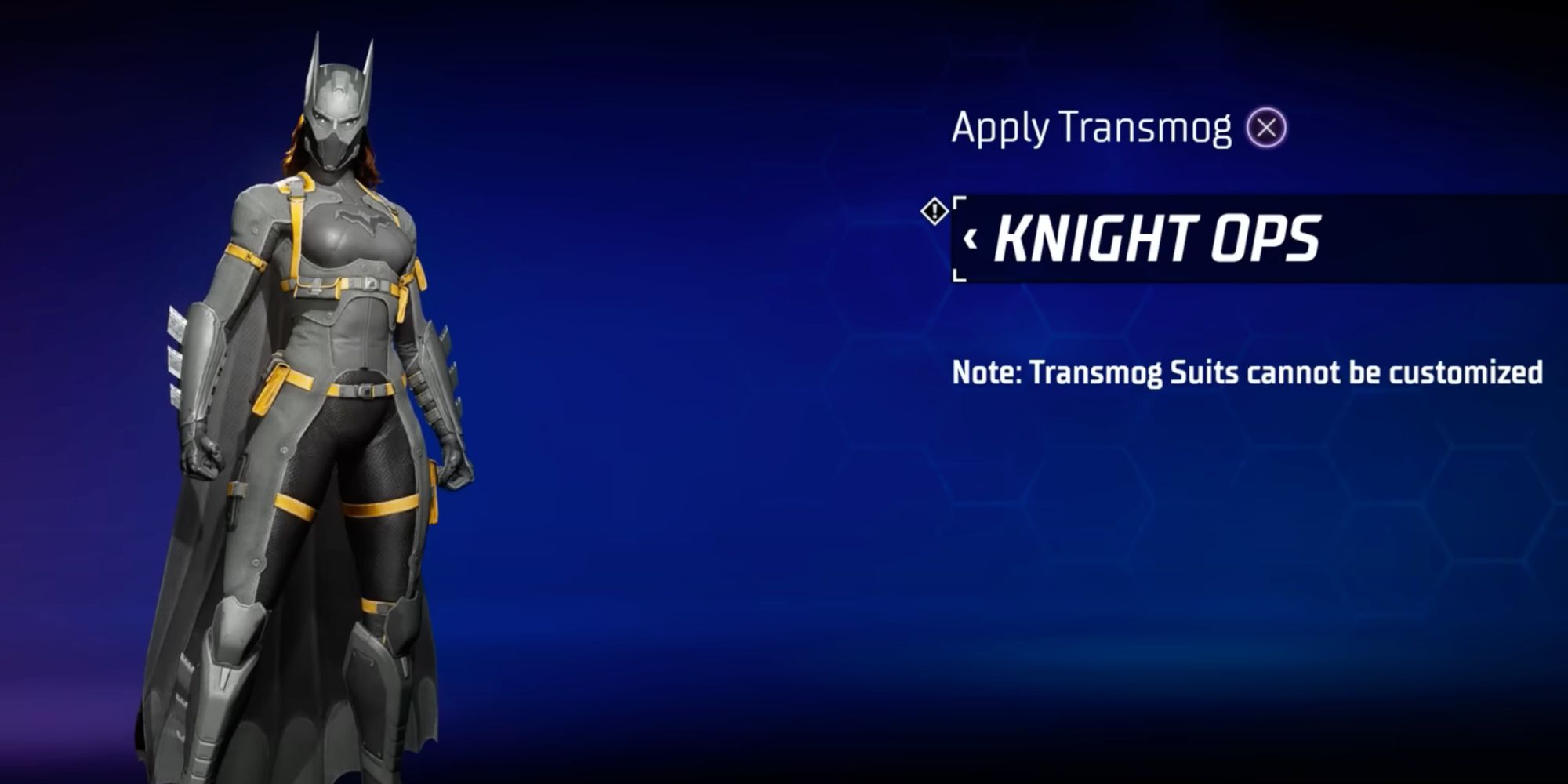 Some people like it when heroes wear bright and colorful costumes, but others prefer a more toned-down look. Gotham is gritty and dark, and Batgirl’s Knight Ops look – a mostly black ensemble with a more Batman-esque cowl- looks like it's made for the city.

If you prefer the costume in The Dark Knight trilogy, this will probably be your go-to outfit for Barbara. It perfectly hides any emotion and adds a more ominous aura to her character. 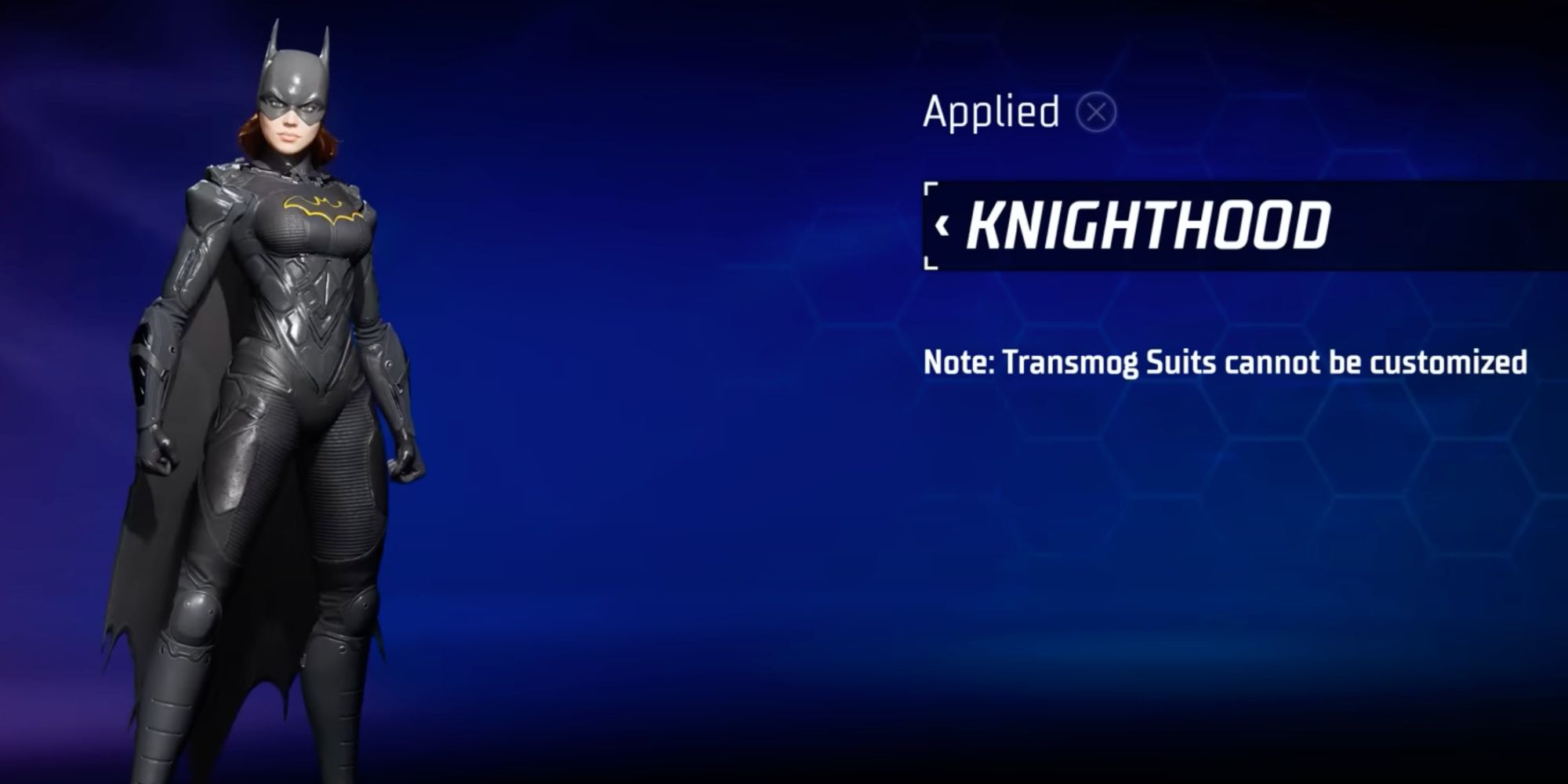 In Gotham Knights, you’re required to complete Knighthood challenges in order to earn better traversal gear. Batgirl’s Knighthood outfit is a powerful, dark-colored costume. It is strong and feels true to the character, but is definitely on the basic side.

The overall look feels a bit more like Batman than it does Batgirl. But, sometimes less is more. Though the costume doesn’t stand out much among the rest, it’s still a classic look. 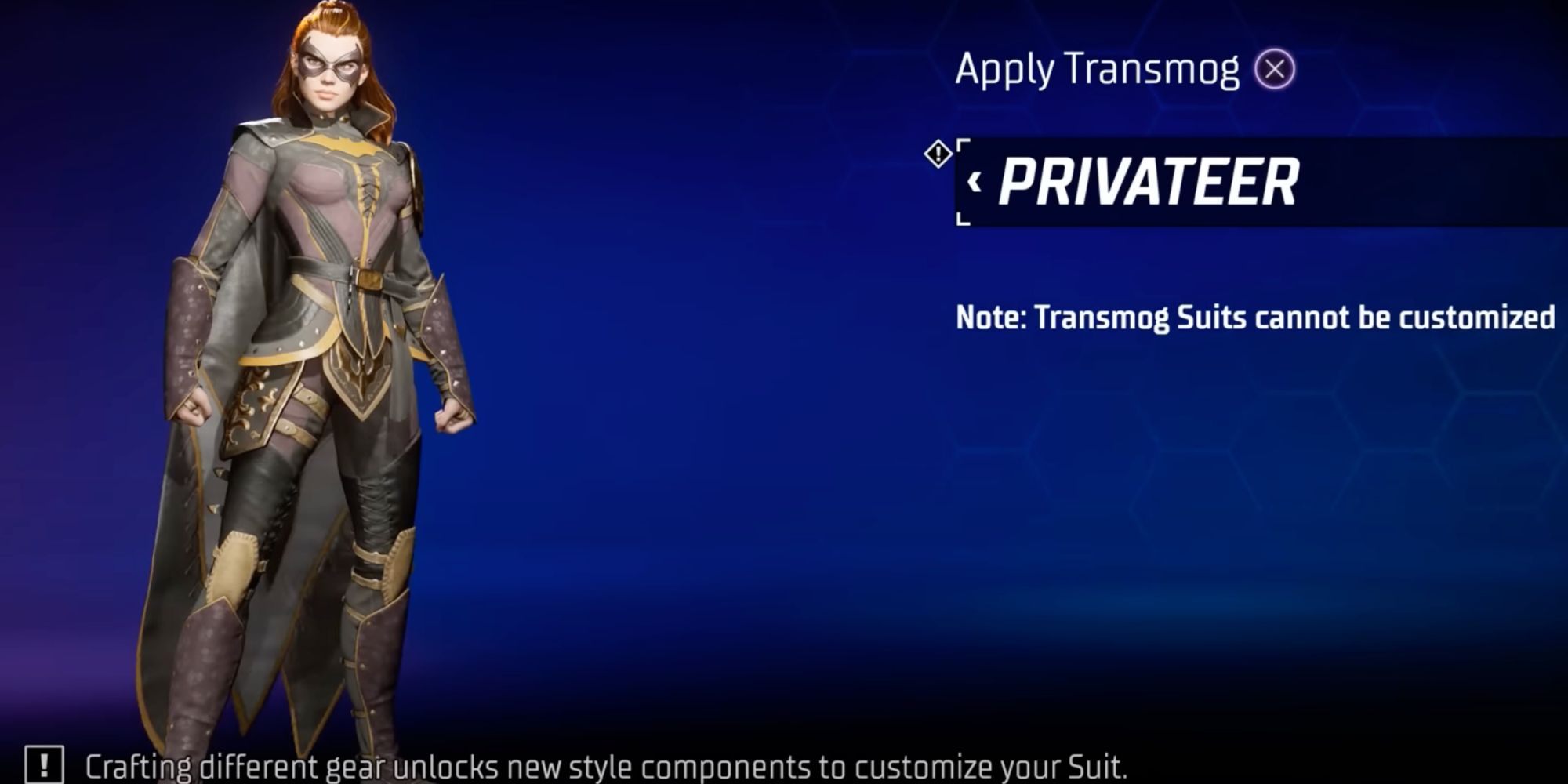 Like Shinobi, the Privateer costume is a fun, themed costume that differs from her typical looks. Her pirate-inspired look feels like something Batgirl would wear in the days preceding Lucius Fox’s advanced technology.

You can picture her protecting an older version of Gotham City with the rest of the Bat-family in tow. The popped collar and gold detailing make the look unique, and it might even make you wish the game took place in a more historical version of the city.

The futuristic look of the Batman Beyond costume is always eye-catching. And it’s nice to see new characters having their own spin on the suit.

The lack of a cape is also a nice touch, as capes aren’t the most practical accessory for a hero. The only downside to leaving out the cape is the gliding capability, but if the suit is anything like Terry McGinnis’ she should be able to improvise. 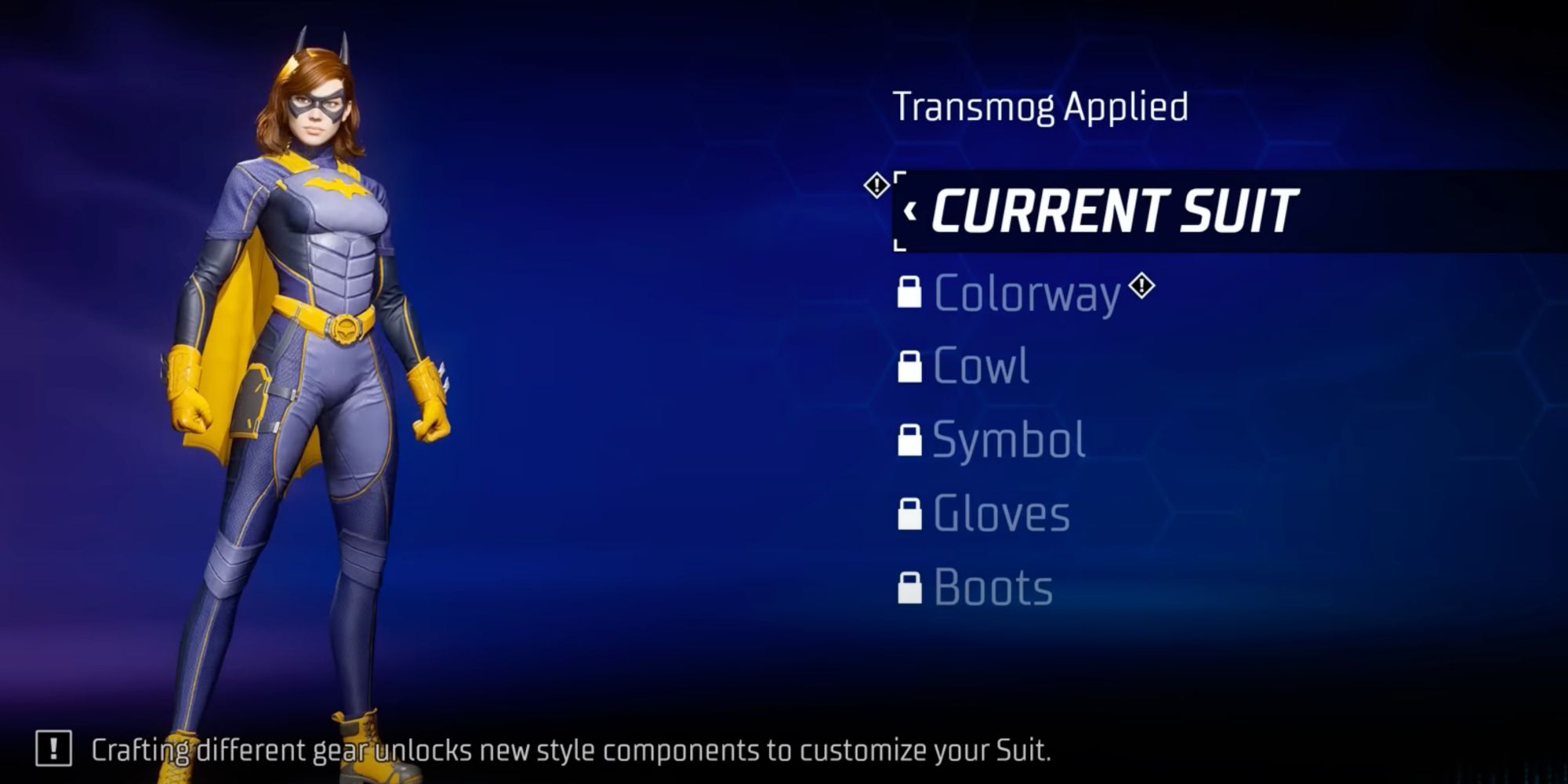 The perfect new take on Batgirl of Burnside. These days, the character is often seen in some variation of purple and yellow, and it’s a fun color scheme that sets her apart from Batman and her other allies. WB Montreal took this New 52 costume and customized it for the Gotham Knights universe.

It looks original, while still paying homage to one of the more recent versions of Batgirl, at least in terms of her outfit. And in comparison to her costume in the Batman Arkham universe, this is easily distinguishable from other video game versions of the character. 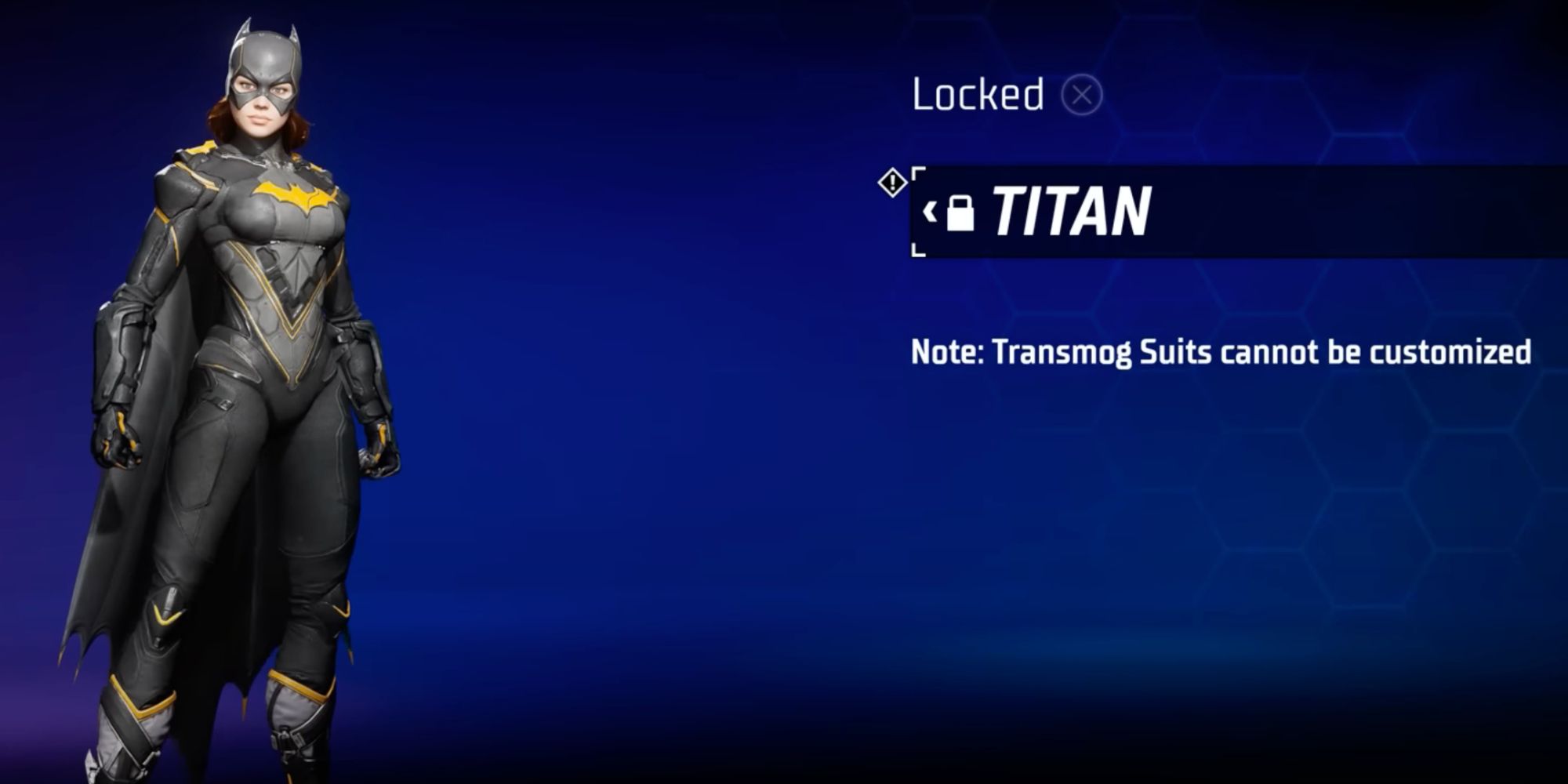 Batgirl has worn a gray and yellow suit before, but this one in particular can be compared to Batman: The Animated Series and other common looks she’s sported.

The shorter ears on the cowl are a nice touch that differentiates the look from the other simple costumes. It's an advanced twist on an old favorite. And though it’s not too different from a Batman-inspired look, it’s definitely a blast from the past. 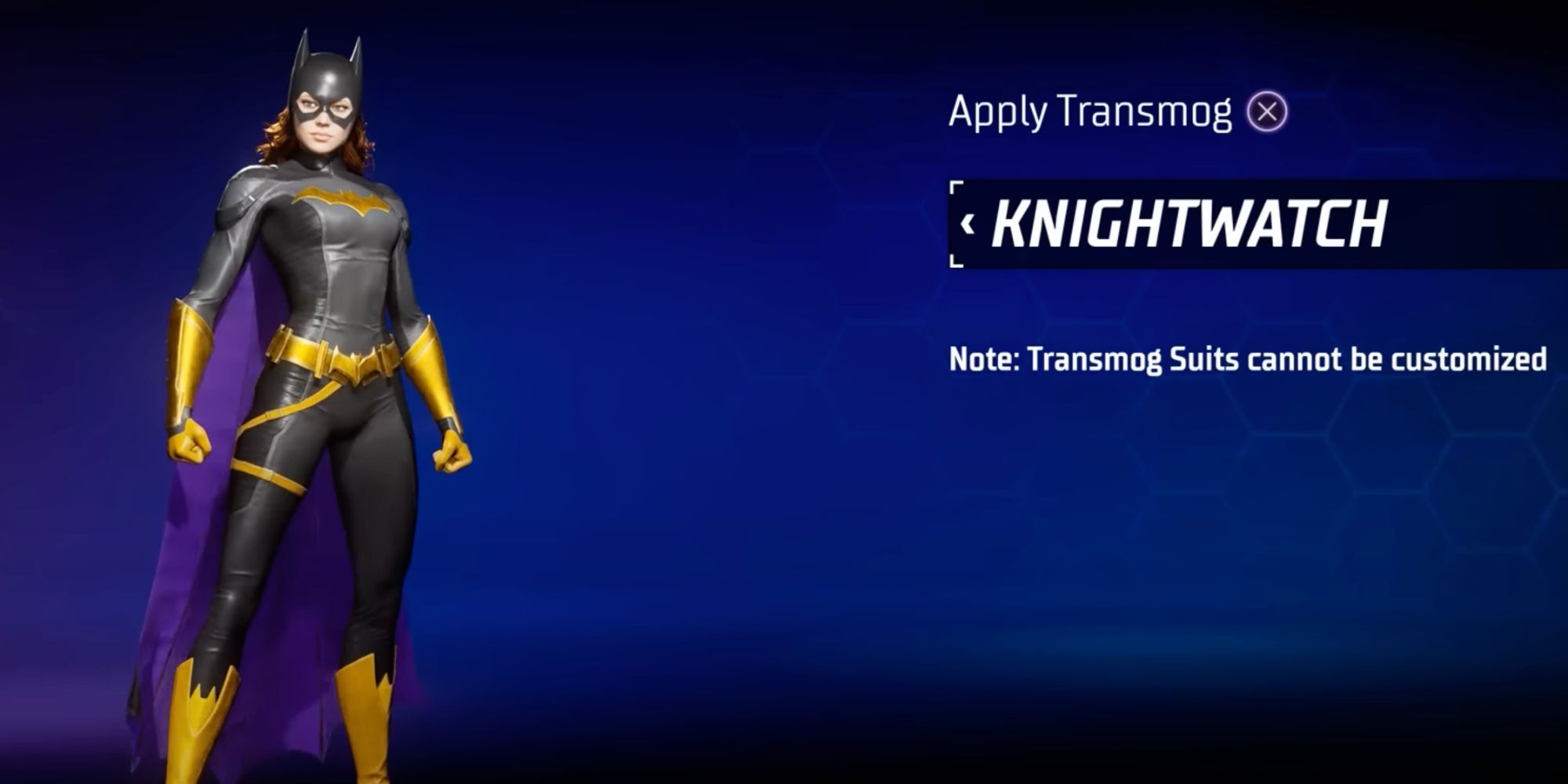 If you’re a comic reader, you may recognize this look. Each character’s Knightwatch costume is truly reminiscent of their comic book counterparts. Batgirl’s costume features an iconic black cowl and suit along with gold and purple detailing.

This outfit makes the most sense if you want to feel like you’ve stepped into the comic books. And what makes it even more special is that the classic style is the perfect homage to illustrator, Jim Lee.